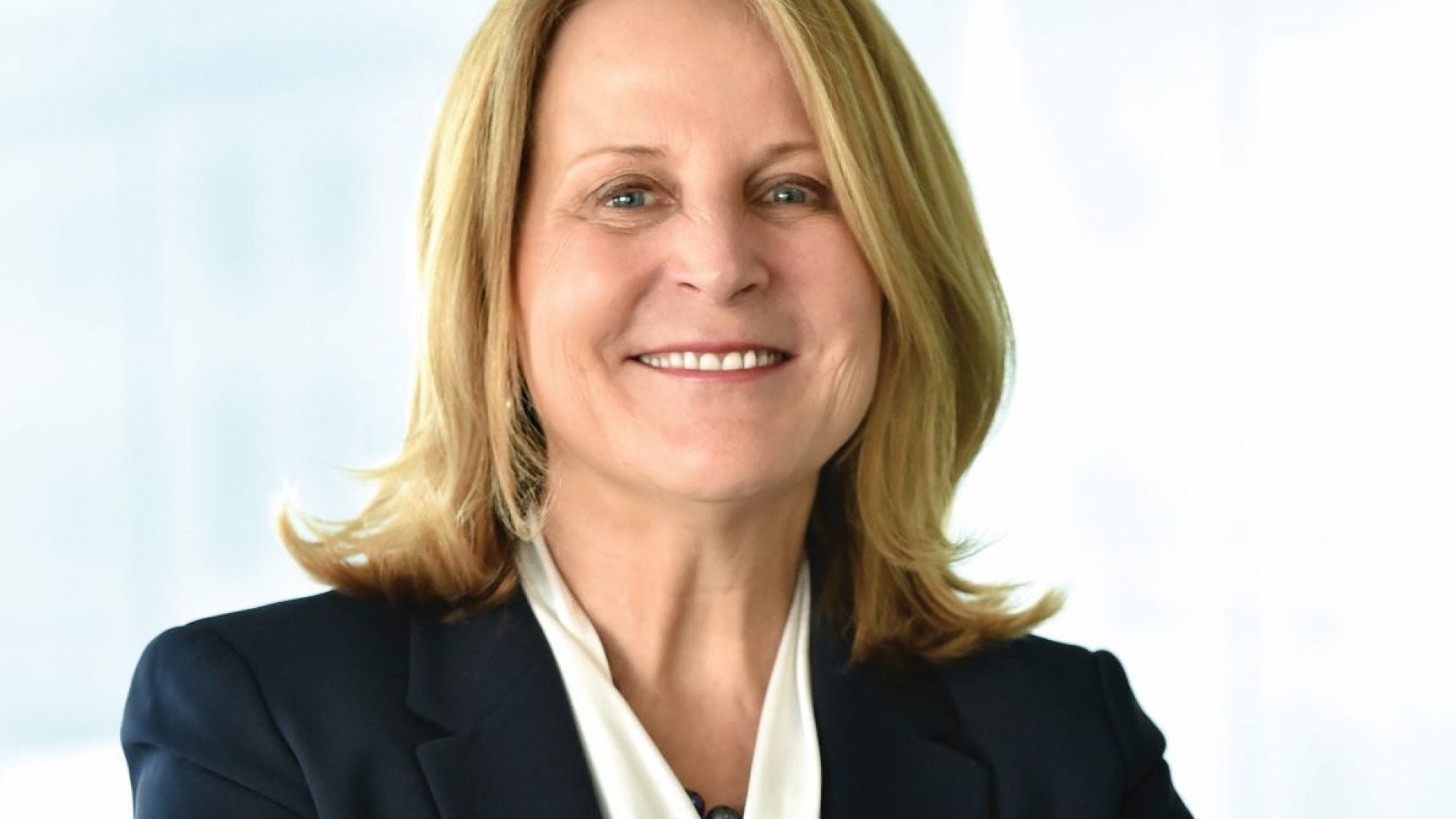 GJIA: To set the stage, do you mind explaining more about what climate resilience means?

AH: What climate resilience means is a little squishy because resilience is such a broad word. It means many things to many people. But climate resilience is generally understood as being able to prepare for, respond to, and withstand climate impacts. Climate impacts are everything from more extreme weather—like greater droughts, bigger storms, more flooding, and greater heat—to cascading events that flow from those extreme weather events hitting a particular community.

What made you interested in pursuing climate resilience as part of your career?

I had been invited to join the Obama administration as Senior Counselor to Secretary Napolitano at the Department of Homeland Security. Shortly after I arrived in October 2009, President Obama issued an executive order requiring all agencies to plan for both climate mitigation as well as climate adaptation. Of course, climate mitigation means cutting emissions, so that would mean that the Department of Homeland Security would look at its fleets of cars, planes, and all its other equipment that it operates to reduce its emissions. It was also a call, for the first time, for climate adaptation. The words adaptation and resilience are not synonymous, but they are often used frequently together. It landed on me to figure out how the department—this big sprawling agency that had been born out of the events of 9/11—would respond to the order. As head of that effort, I was able to immerse myself in climate risk. I became very concerned and essentially have been working on the issue ever since.

Was it hard for you to get other people in the Department to see climate change and climate resilience as important issues?

Climate is polarizing, and that is why I think I ended up with this assignment. But once people have the chance to educate themselves about climate risk, I generally find that they are appreciative of what it can mean. There is a barrier because many people have not had any formal education on climate change. If they are a more senior leader now, it was not offered typically in their college or university education. Even many people graduating college today have not had any courses on climate change, so that is a barrier to understanding what is going on. Of course, because of the political polarization, there is also resistance. But overall, I find that once people get the chance to learn about what scientists were telling them—and now it is quite certain human activities are causing the globe to warm—it is really becoming a matter that many accept. There is an explosion, for example, in the financial sector of trying to come to grips with what the climate change that is occurring right now means.

I am assuming that you mean companies trying to factor in climate change in matters such as how much it will cost to insure their assets, mitigating risks on their investments, etc.?

All of it! You have asset managers trying to understand what it will mean as we transition to a low carbon economy. What will that mean for some of the investments they hold? Will some of them be valued less as a result of a transition from fossil fuels? Other investments may be deeply affected by climate extremes: the disruption to supply chains, the inability of workers to get to work, and so on. We have seen, with the pandemic, how vulnerable we are when catastrophic risks strike.

The history of the word “resilience” is just fascinating. There was a Scot polymath to whom the word has first been traced. But if you follow its trajectory, it did not have much popularity until recent decades. I learned that it had been a word used in the natural sciences, engineering, the social sciences, and it has continued to grow. One of the attractive attributes of the word “resilience” is, first of all, it does not necessarily talk about “climate change” when you use it in the context of a resilient community. It just means that the community can bounce back from that event. “Adaptation,” on the other hand, is a word generally associated with climate change, so you will see that politicians have gravitated to the word “resilience” because it has less of the overlay of climate change, with all the political fallout that can follow that terminology. So that is one of the reasons why it has become highly popular. There is also no clear definition out there, which means people can attract a greater number of followers by using that word than a more precise word, which might force a consideration of climate itself.

It is all of the above. It is a very useful word depending on where you sit. If you do not want to talk about climate change, you can talk about resilience and have a very engaging conversation. If you want to get more people involved, you may not want to start with climate change, but instead with resilience. The problem with using the word “resilience” instead of “adaptation” is that climate change brings new extremes that we have not experienced in the 6,000 to 8,000 years that human civilization has been flourishing. If we talk about resilience without flagging that there is a new, very substantial, accelerating risk of worsening extremes that are beyond anything we have ever planned for, people can think they are being resilient by simply building, for example, a seawall, that does not take into account future sea level rise. Once you engage on what you are going to do to be resilient, it is very important that there is a discussion about these new, unfamiliar risks that have never had to be part of our planning process before.

What are these risks that you are talking about?

If you think about any recent extreme event you have heard, you will hear somebody usually quoted as saying, “I have lived here fifty years and I have never seen anything like this before.” With climate change, if you step back, that is really not newsworthy. Almost all of these events will be worse than they have been in the past because by definition, that is what climate change brings: worsening extremes in the future and sea level rise. If we do not plan for that, if we just look as we have for all of recorded human history, we have only looked to what we have experienced in the past to choose how to be safe in the future. It turns out that planning assumption is lousy in the face of climate change. We need to not only consider the extremes of the past but also what the scientists are telling us is coming so that we include future sea level rise, future heat extremes, bigger storms, and higher winds in choosing where and how we live and how our business processes. Infrastructure sectors take into account these bigger risks.

Are you satisfied with how the United States and the international community as a whole have tried to tackle these risks, or do we still have a ways to go?

Beyond just a ways to go, we really have not started. There are very few countries who have made a significant step forward here. There are a few notable exceptions, but the Global Adaptation Commission, which is chaired by former United Nations Secretary General, Ban Ki-Moon, Bill Gates, and the head of the IMF, have concluded that we really have not done much at all. If you look at financing, about ninety-five percent of that financing for climate change has historically gone to cutting emissions, not adapting to future extremes. We do not have the building standards and codes we need to more strongly withstand these future impacts. So, we are just at the beginning of this journey on climate resilience and adaptation, and frankly we are way behind where we need to be.

Getting into hypotheticals, if you had all the power in the world, what steps are necessary for us to take in order to make the risks associated with climate change not as impactful as they will be if we continue down our current trajectory?

There is a basic step with many ways that you can accomplish this step: in any decision-making process there must be consideration for future risks of climate change. Whether you are a communications specialist, civil engineer, transportation guru, or financial analyst, you should have an understanding of the future risks that could impact your decision-making. That means we need to educate decision-makers as to what those risks are and help them build frameworks for how they can consider them. We also need metrics to judge how well we are doing at incorporating those climate risks into our future choices.

Is there anything that we have not covered that you want to emphasize?

The very first place all of this starts with is planning, specifically national adaptation planning, given that we are a world divided into nations. Many nations have embarked on national adaptation plans. The United States has not, which has made it very vulnerable. The Government Accountability Office—which is the watchdog for the federal government—has repeatedly called out that this is a high risk to the nation– to our Treasury, to our ability to plan–because we do not have a plan. So, we are behind, and we need to increase our efforts.

The other thing I would say is that there is a divide between the adaptation and mitigation community. Sometimes those who are working very hard on the very important and essential task of cutting emissions have not engaged in a discussion on adaptation. There has been a real division between these communities, which if it continues, creates even greater risk because as we make decisions about mitigation, we are not considering what that could mean for adaptation and vice versa. You could have maladaptation or you can have decisions about how to mitigate, for example, by putting solar rooftops everywhere without considering what happens when there are greater wildfires, and because of the soot, the sun cannot reach those panels.

Alice Hill is the David M. Rubenstein senior fellow for energy and the environment at the Council on Foreign Relations. Her work at CFR focuses on the risks, consequences, and responses associated with climate change. Hill previously served as special assistant to President Barack Obama and senior director for resilience policy on the National Security Council staff where she led the development of national policy to build resilience to catastrophic risks, including climate change and biological threats. Her co-authored book, Building a Resilient Tomorrow, was published in 2019. In 2020, Yale University and the Op-Ed Project awarded her the Public Voices Fellowship on the Climate Crisis. Hill’s new book, The Fight For Climate After COVID-19, will be published in Summer 2021. 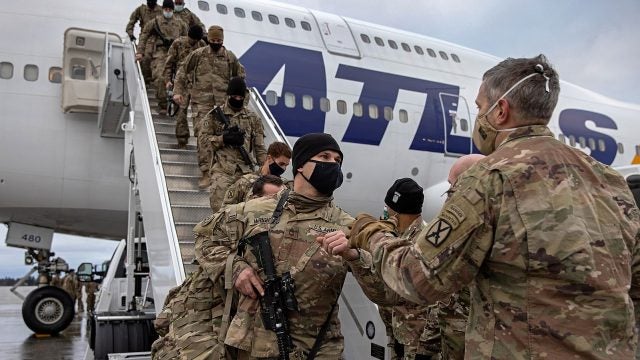 Danielle Pletka on Biden’s Decision to Withdraw from Afghanistan

Danielle Pletka is a senior fellow and former vice president for foreign and defense policy at the American Enterprise Institute (AEI).  On April 27, 2021, she sat down…

On March 25th, 2021, the Georgetown Journal of International Affairs sat down with Dr. Yasmine Farouk, a visiting fellow of the Middle East Program at the Carnegie Endowment… 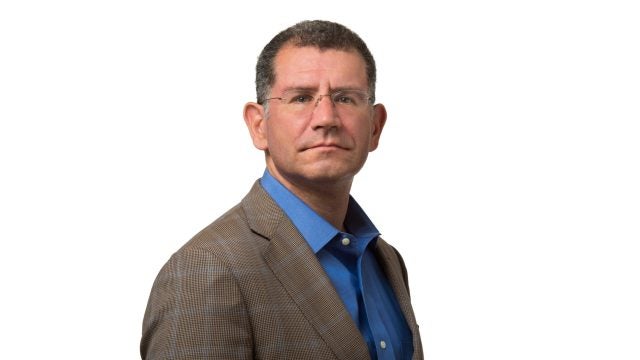 Dr. Kenneth Pollack on the Future of the Abraham Accords under President Biden

On March 2, 2021, Dr. Kenneth M. Pollack sat down with GJIA to discuss the Biden administration’s approach to utilize the Abraham Accords both to normalize relations between…