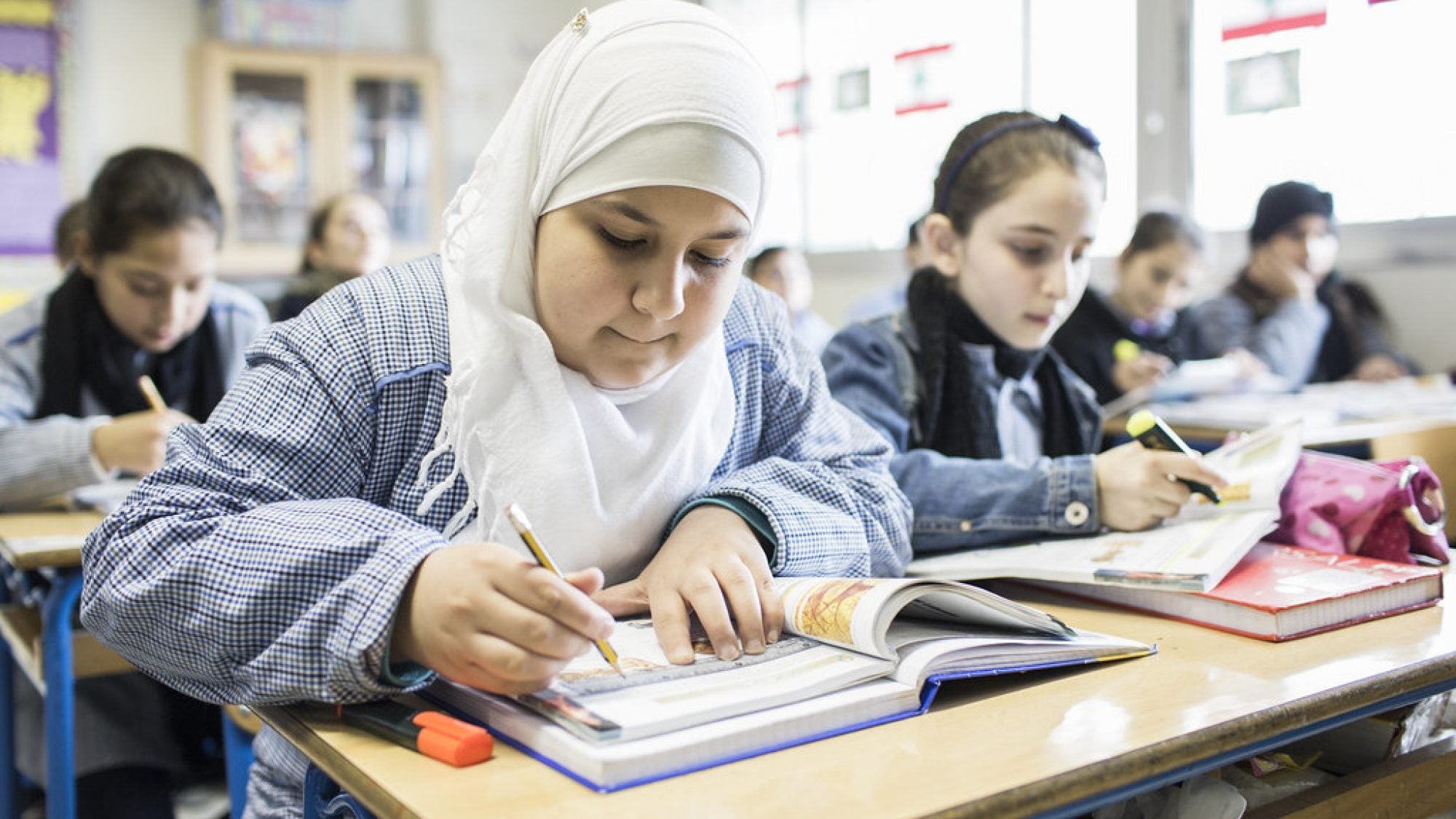 Title: Education as Activism in the Syrian Civil War

The Syrian Civil War has witnessed grassroots mobilization for education combined with agendas of political resistance. Here is why education lends itself to activism in the face of extreme adversity. [1]

The civil war has taken a horrifying toll on primary education in Syria. One in three schools have been damaged or destroyed, and a total of 2.4 million children are currently estimated to be out of school. Remaining classrooms are overcrowded, and schools often lack proper sanitation, water, and electricity. Defending the right of children to education is a national and international obligation, and both Syria and the international community have failed miserably in this respect. Nonetheless, some activists do their best to alleviate the crisis.

Syrian civil society actors have mobilized for education since the beginning of the armed conflict, creating substitutes for schools in areas where war disrupted the education system and assisting the internally displaced. From 2017 to 2018, I conducted life story interviews with ten volunteers who strove to maintain schooling for children on both sides of the battlefront. They had channeled their energies into educational work in response to growing humanitarian needs and the deadlock of politics after the 2011 uprising. The activists expressed feeling responsible for helping their vulnerable compatriots and confident that they could make a difference. They spoke of education as a way of changing society and resisting oppression. I use the term education activism to describe this transformative ambition.

In the parts of Syria that fought the central government, the task the activists faced was monstrous. Hundreds and thousands of children were in the streets, and the remedies for the situation had to be built from scratch. Educators were caught between bombs from the regime and extremists seeking to subjugate the civilian population. Schools were deliberately targeted in the conflict. In the government-held areas, the public schools remained open but were overloaded by internal displacement, and the state’s capacity to provide services was severely reduced. Activists responded by gathering groups of children in their homes and teaching on a volunteer basis. Over time, the initiatives became more school-like, as this animation by the Syrian artist Diala Brisly depicts.

Civil society mobilization for education combined with political resistance in both direct and indirect ways. In rebel-held areas, the connection was obvious because the educators helped sustain communities that had rejected Bashar al-Assad’s rule. By running schools, they proved society’s ability to self-organize, signaling that a Syria without Assad could exist. The education system as a symbol of state sovereignty became part of competing claims to legitimacy between rebels and the regime. In government territories, education activists could not openly defy the authorities [2]. However, independent-minded actors sought to evade co-optation and control by the state. Some activists professed their belief that, through empowering society and strengthening pupils’ critical consciousness, they were sustaining opposition to the regime [3].

Education is a durable instrument of activism under extreme conditions. It offers a space where it is possible to act when other opportunities are lost. By way of illustration, consider the situation in the central government’s territories. After the initial upsurge in opposition sparked by the 2011 uprising, the Syrian regime thoroughly repressed political activists. Critical voices were silenced, and the room for political mobilization was shut. However, an opening for civil society initiatives remained. The humanitarian needs were pressing, and the regime was busy fighting a war. Practically, the security services gave non-formal education a pass.

Beginning around 2018, when the intensity of the war diminished, the regime tightened the noose around civil society actors. Preparing itself for the post-war reconstruction phase, it wanted all development agents to work in partnership with government-endorsed, non-governmental organizations such as the Syria Trust for Development. Nevertheless, a remaining network of civil actors continued to seek ways to influence society’s development and among other organized educational activities. Education, as such, would be difficult to interdict, less the authorities would act like Boko Haram.

Besides the fact that education provides a cover for activists because teaching is a necessary and legitimate activity, it also helps them to keep faith in their efforts. Education facilitates activism in overloading situations by downscaling the development challenge to a manageable format in which improvements can be achieved. Knowing the depth of Syria’s problems, anyone can be overwhelmed and discouraged from action. However, faced with the needs of a child, people are triggered to act. Activists who dedicate themselves to children know that they can make a difference. Moreover, the classroom is a microcosm of society where teachers can prefigure social and political change. They may introduce new practices that appear out of reach at the scale of the country.

Above all, education enables activists to overcome obstacles in the present by working with time. Its ultimate appeal is that the fruits of their endeavors will be reaped down the line. Education activism promises to empower children and prepare them for battles to come. It creates a bridge to the future because the pupils of today are the citizens of tomorrow. Hence, goals that are unreachable for the moment may still be attained at a later stage. Taken together, these qualities make education a durable form of resistance in violent conflict. By downscaling the development problem and employing temporal projection, activists maintain belief in their capability to enact change.

Kjetil Selvik is a Senior Research Fellow in the Norwegian Institute of International Affairs’ research group on Peace, Conflict and Development and contributor to the research project TRANSFORM. He is the author of a forthcoming article on education activism in Comparative Education Review.