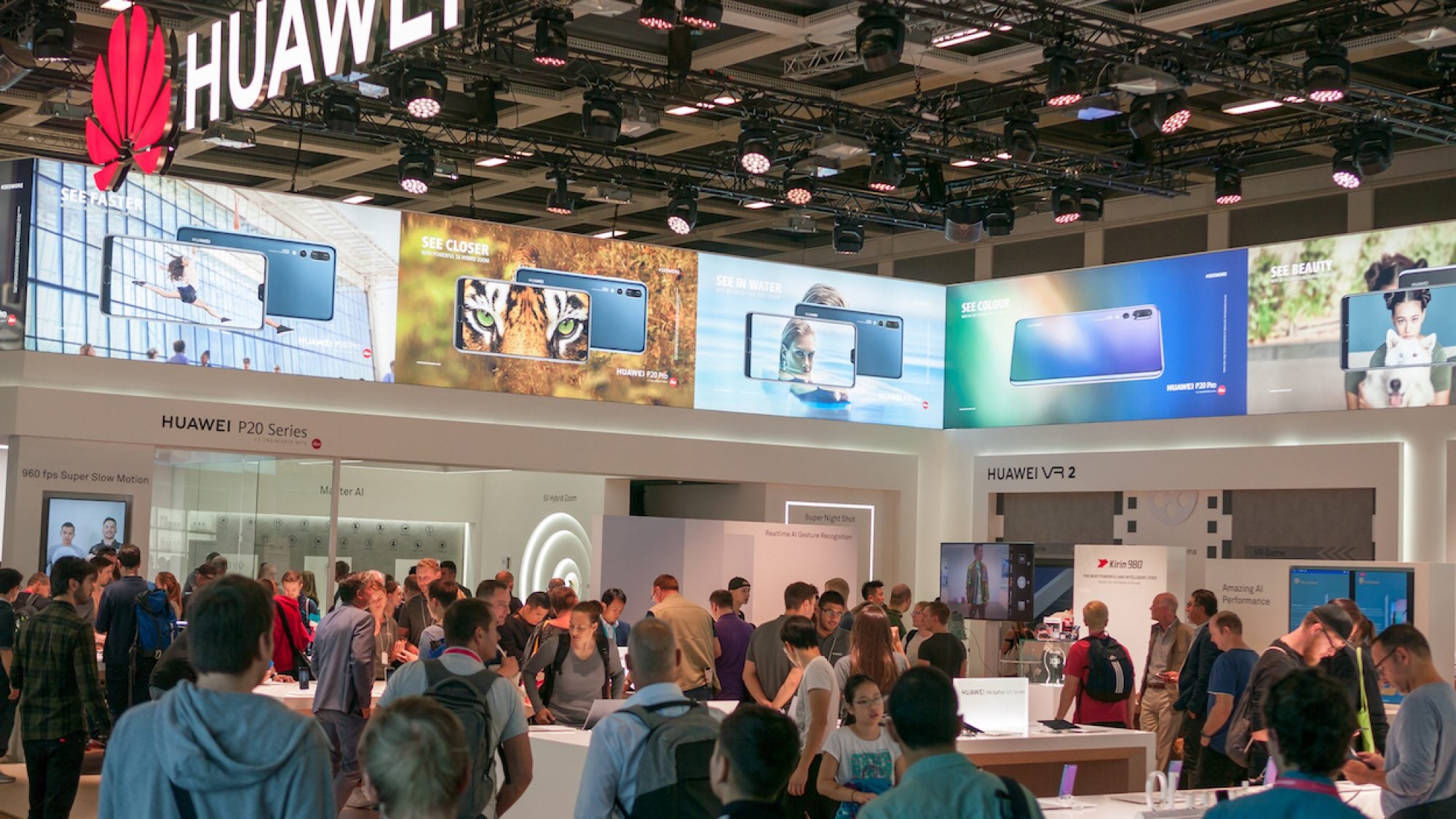 Title: The Trials and Tribulations of Big Tech in the US-China Relationship

Technology corporations have comprised an important role in financial and diplomatic relations between China and the United States. However, as the relationship sours, corporations’ conduct is increasingly placed under scrutiny for ethic issues, privacy problems, and politically motivated rationales. While corporations attempt to cloak themselves in jingoism and act the parts of respective ideological team players, the regulatory problems of businesses holding political power remains unresolved. Regardless of progress or regression in the U.S.-China diplomatic relationship, how high-tech corporations wield power remains a constant inside and outside of the boardroom.

September 20, 2020, was the deadline for transactions by Tencent’s WeChat and ByteDance’s TikTok to cease operations within the United States set by the Trump administration. However, viral videos of dances, and memes continued. Likewise, in American WeChat circles, users continue to send animated stickers and messages in group chats. The Biden Administration has since frozen the Trump administration’s efforts to force ByteDance’s sale of TikTok.

Now, both apps can continue business as usual in the United States. However, increased suspicions from the Department of Commerce and Department of Justice of Chinese technology firms and the high probability of regulatory scrutiny they face both remain.

Underpinning the rise and fall of these two corporations’ American operations is the increasing prioritization of technology as a matter of security policy in both China and the United States. On one side, China’s top-down approach to technology governance and co-opting of technology companies is done with a rationale of protecting state security and, in turn, political security. In the United States, broad-based regulatory oversight generally takes a back seat to maximize the competitiveness of firms, particularly American ones. These differing approaches have changed how corporations behave, strategize, and assess risks.

Regardless of the policy world’s interests in harnessing technology for political interests, corporations are never passive observers in their own fates. What corporations in China and the United States have in common is that they align their strategies to keep up with the headwinds of Sino-American decoupling. Changing policy commitments and increasing awareness of security risks in the intertwined technology supply chain have sent China and the United States scrambling to pry their technology sectors apart. China’s fifth plenum meetings held in 2020 stressed technological innovation and promoted branded, successful “national champions,” consistent with past economic planning decisions that have been characterized as a “technology decoupling.” China’s longstanding innovation goals have included developing indigenous, self-sufficient infrastructure that is more resilient to potential technological sanctions. In turn, the United States’ national security priorities have consistently identified Chinese technology as a competitive rival in the years ahead. Because Chinese firms’ adherence to cybersecurity regulations gives the Chinese government a broad swath of power over their data and operations, American regulators argue that a dominant Chinese technology scene translates to power for the Chinese government. Following suit of these diplomatic policy tailwinds, corporations are weighing their best interests and making political decisions on their own terms.

Apple, Facebook, and Google’s trials within China, complete with the latter two firms’ early exits, serve as a warning and an indicator that compliance with Chinese government standards will lead to steep costs. Apple itself has faced criticism over sharing cloud data with a Chinese government-linked firm, as well as deleting apps deemed politically sensitive or otherwise infringing on China’s cybersecurity laws. Although both Facebook and Google have been banned for years, both corporations courted ways of getting services back into China. From Google’s botched Dragonfly search engine, which aimed to compete with China’s own home-grown search services, to Facebook CEO Mark Zuckerberg’s public courtship of China, both companies made ambitious endeavors to access China’s technology market when diplomatic relations were good. Now that relations have regressed, serious security concerns about China have returned to the forefront of corporations’ political messaging. In testimony to Congress, Zuckerberg argued

We believe in values—democracy, competition, inclusion, and free expression—that the American economy was built on… but there’s no guarantee our values will win out. For example, China is building its own version of the internet focused on very different ideas, and they are exporting their vision to other countries.

Facebook’s new messaging reflects a shift in attitude in engaging its Asian audience, specifically the Chinese government system that has had consistent ideological interests since the start of the Xi Jinping administration. China’s market access promised profits, but as recent diplomatic assertions over Xinjiang cotton have proved, making money in China comes at the cost of political pressure from an increasingly assertive government.

Similarly, Amazon’s Jeff Bezos, whose business withdrew from China in 2019, is more adamant about partnering with US government institutions in an ideological war. In the same year, he remarked at a defense contractor forum plainly, “This is not a sporting competition. You don’t want to fight fair…Do you really want to plan for a future where you have to fight with someone who is as good as you are?” As competition with China becomes more profitable and likely, American regulation and firm behavior will shift accordingly.

As Chinese corporations, ByteDance, Ant Financial, and Tencent’s regulatory risks run far deeper than the problems Facebook, Amazon, and Google have run into. The Citizen Lab, a research institute that studies privacy and data issues, found in 2021 that “TikTok and Douyin do not appear to exhibit overtly malicious behavior similar to those exhibited by malware” in terms of data collection. However, ByteDance remains subject to pressure in its domestic suite of products. As long as Chinese corporations are subject to the governance of the Cyberspace Administration of China, content rules still hold stronger implications for Chinese users and vendors. In China, domestic users who post the “wrong” thing, create the “wrong” communities, and disseminate the “wrong” content (including over Twitter) are most at risk for prosecution under China’s expansive cybersecurity standards. Party cells within technology companies check ideological work done domestically. While speculation on the ideological reach of the Chinese Communist Party (CCP) in foreign operations remains in progress, the risks for privacy and speech are—and will remain—a pertinent problem for Chinese Internet users for the foreseeable future. While American regulators would like to extricate Chinese companies from the CCP’s hold, Chinese tech giants’ competitiveness within the United States does not change operational realities within China.

The outlook for technology corporations—especially in a world where data is power—grows bleak for stakeholders who lack the means of sustaining political power and social clout. From ByteDance to Facebook, companies are subject to broader political trends and will prioritize operations and profit over ideology wherever good business opportunities arise. Thus, policy actors must maintain a clear-eyed view of the power that corporations wield and carefully monitor the politics that they play. Compliance with local privacy and data standards by companies, both domestic and foreign, is ultimately only as good as the privacy and data standards themselves.

The United States, where regulators are constantly playing catch-up with the new ways that corporations are employing user data, is applying bandages to a wound that requires far more substantive treatment, namely communication with scientists, ethicists, and community members that have criticized firms’ overreach. As analyst Samm Sacks argued about TikTok, a concise and proactive set of internet standards authored by the United States is needed to compete with Chinese policy ideas. If Silicon Valley is the armor that America wears to compete in global technology arenas, the world’s biggest tech corporations have exploited the regulatory gaps.

Rui Zhong is the Program Associate for the Kissinger Institute on China and the United States at the Wilson Center. Her research interests include China’s role in the East Asian Political Economy and how nationalist interests can impact business, technology, and cultural policies. 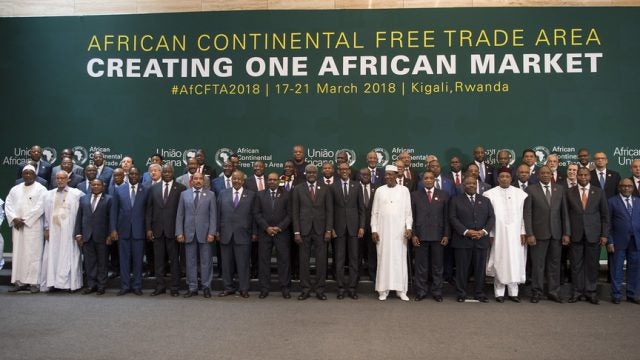