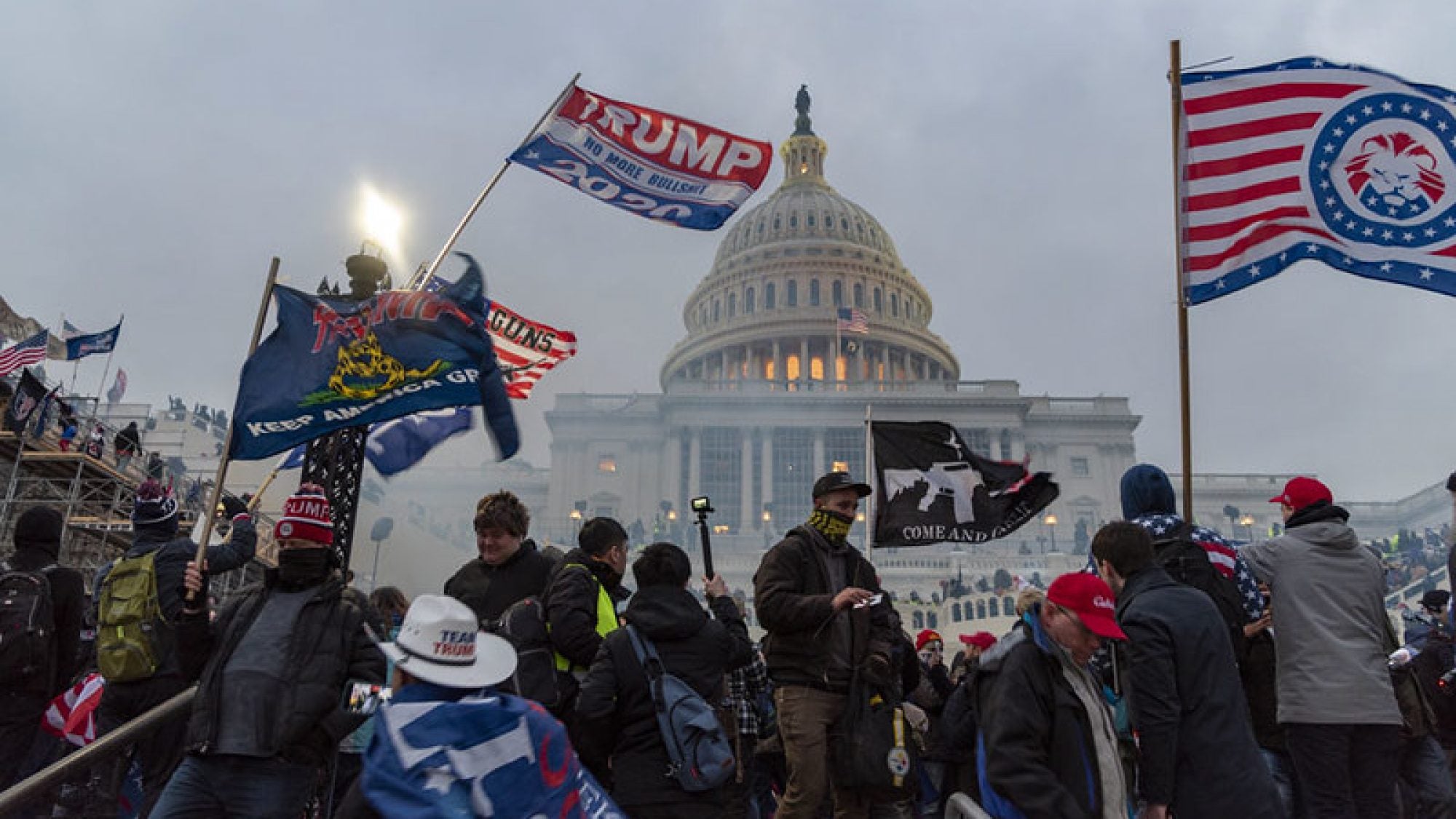 Title: The Intangible Benefits of a Domestic Terrorism Statute

Following the January 6, 2021 insurrection perpetrated by a mélange of far-right groups and individuals, debate intensified on the need for a domestic terrorism (DT) law. Numerous articles have been written on the advantages and pitfalls related to the merits of a new DT law. For instance, multiple experts have pointed out that there is a definition of domestic terrorism, but a lack of DT charges. Others contend that additional laws are unnecessary and could create the conditions for government overreach. This article covers new ground by examining the intangible benefits the US could accrue at home and overseas if a DT law is adopted.

Recent reporting by Bloomberg News indicates that executive branch discussions regarding the need for a domestic terrorism law are increasing. A senior Department of Justice (DOJ) official said that the matter of expanding legal authorities to pursue domestic terrorism threats was under active consideration. These remarks come following the Biden Administration’s 100-day review of the threat posed by domestic extremists in the United States. There have been few tangible results after 100 days. The most notable Biden Administration improvement to date was the doubling of the Department of Homeland Security’s (DHS) budget dedicated to funding programs that focus on countering the spread of domestic extremism. The DHS office that will fund these programs was also rebranded and given a new mission focus. Formerly known as the Office of Targeted Violence and Terrorism Prevention, the Biden Administration changed its name to the Center for Prevention Programs and Partnerships. The mission of the Center for Prevention Programs and Partnerships is, according to Secretary of Homeland Security Alejandro Mayorkas, “to build local prevention frameworks to provide communities with the tools they need to combat terrorism.”

Despite these advances, some observers may be concerned that there is no visible movement to adopt a domestic terrorism law. Others note that the State Department’s legal authorities that allow it to designate Foreign Terrorist Organizations (FTOs) still have not been levied against foreign white supremacist groups. In both cases, patience is needed. Establishing novel legal frameworks and implementing new FTO designations require deliberativeness that only time can provide.

A new domestic terrorism law will require the cooperation of the legislative and executive branch. The process of negotiation will require bipartisanship – not an easy task considering the deep political polarization of the United States. Yet, it is necessary. Since 9/11, right-wing domestic terrorism has been more lethal than any other type of terrorism (e.g. Salafi-Jihadist, far-left, etc.). The US government has recently assessed racially motivated actors and militia violent extremists as the most acute threat. I, in conjunction  with Georgetown’s Mary McCord, wrote about why a domestic terrorism statute would enhance the DOJ’s ability to prosecute domestic extremists, who have carried out politically motivated acts of violence that meet existing legal definitions of domestic terrorism. I have also written in USA Today, arguing that creating a new domestic terrorism law would help address racial equity issues, which have led to an imbalance in the US legal system: the tools to counter terrorism have been disproportionately pointed at BIPOC communities.  While these reasons remain foundational to arguments for adopting a new domestic terrorism statute, there are other intangible reasons for pursuing a new law.

One important such benefit would be the harmonization of charges levied against individuals with the rhetoric of the press releases often issued by the federal government. For instance, the United States has used the term ‘domestic terrorism’ in press releases (and in senior leader statements to press and Congress) related to the arrests of individuals even when they have not been charged with acts of terrorism. For example, in 2018, the DOJ issued a press release with the headline, “Oregon Domestic Terrorism Suspect in Custody After 12 Years on the Run.” The suspect, Joseph Mahmoud Dibee, however, is not being prosecuted for domestic terrorism. Instead, he is being charged with various arson and destruction of property charges. More recently, hundreds of individuals have been charged with various federal crimes related to the January 6, 2021 storming of the US Capitol. Not one has been charged with an act of domestic terrorism. Yet, FBI Director Christopher Wray, in testimony before the Senate Judiciary Committee, called the January 6 attack an ‘act of domestic terrorism’. The government’s rhetoric is a powerful tool and calling individuals ‘terrorists’ without charging them with actual acts of terrorism is a dangerous practice – one that ironically carries an unfair stigma for the individual on the wrong side of the accusation, but also underscores the failure of the American legal system to connect its already existing definition for domestic terrorism with actual terrorism charges.

Second, lacking a sufficient array of domestic terrorism charges, federal government prosecutors and law enforcement officials are forced to be more creative in developing cases against white supremacist and anti-government associated individuals than they otherwise would have to be. This creates undue risk for undercover law enforcement officials and confidential human sources (CHS) who often are key to gaining the trust of criminal actors. As  US laws are insufficient and the State Department has not designated any overseas based white supremacist groups as FTOs, law enforcement has been forced to be especially creative in developing cases against US-based anti-government groups. For example, the FBI successfully carried out a law enforcement operation to arrest two members of the Boogaloo Bois, a US-based anti-government extremist movement, by using a CHS posing as a member of the Palestinian-based Hamas (US Designated FTO). In the words of Assistant Attorney General John Demers, “this case can only be understood as a disturbing example of the old adage, the enemy of your enemy is your friend.” The investigation resulted in two Boogaloo Bois being charged with providing material support to an FTO. On its face, this case may appear to be a mundane example of using existing legal authorities to curb illicit activity. Yet, this is not a long-term solution for countering anti-government groups, much less white supremacists who wouldn’t cooperate with a group like Hamas. Expanding legal government authorities will provide the government with a more straightforward route to bringing charges against domestic terrorists, and it will keep law enforcement from taking unnecessary risks.

Finally, a domestic terrorism law will put the US government on surer footing with the international community. As a former State Department employee, I’ve asked other governments to sanction or arrest their citizens for engaging in terrorist acts. It is not uncommon for the United States to call on other countries to change their laws so that these arrests or sanctions can occur. Yet, if international partners were to call on the United States to arrest their citizens for engaging in terrorism, the US response would be lackluster, unless that citizen was associated with an already designated FTO. The resulting imbalance is unsustainable, and it won’t be long before other countries call out the United States for this incongruity. In many ways, the United States has lost (if it ever truly had) the moral high ground in the battle against extremism. The likelihood of retaking it is slim until the US addresses the threat at home. The adoption of a domestic terrorism law would provide an intangible benefit to the US by stating its disdain for the expansion of the white supremacist threat from US shores.

Jason M. Blazakis is a professor of practice at Middlebury Institute of International Studies, director of its Center on Terrorism, Extremism, and Counterterrorism, and a senior research fellow at the Soufan Center. Prior to that he worked in the federal government for nearly twenty years.