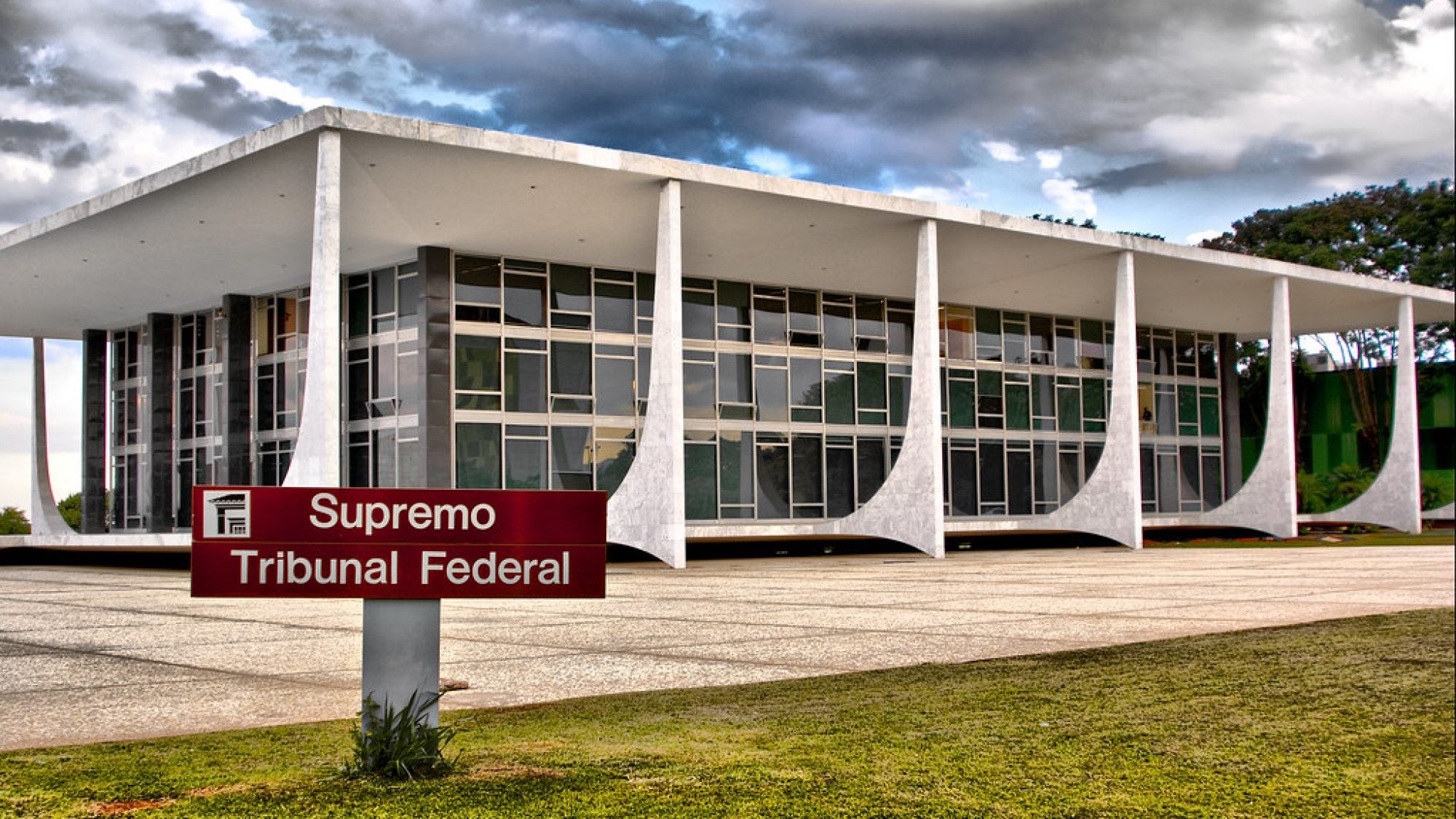 This article analyses the behavior of Brazilian institutions, in particular Congress and the Supreme Court, in reaction to attacks and threats by President Jair Bolsonaro and his supporters to Brazilian constitutional democracy.

The consensual nature of the Brazilian political system, especially the Supreme Court’s moderating function, have thus far been able to protect the democratic regime from Bolsonaro’s formal attacks, inflicted through legislation or amendments to the Constitution. However, it is difficult to measure how Bolsonaro’s abusive political, administrative, and, most of all, para-institutional strategies have compromised the integrity of Brazil’s constitutional democracy.

The election of a far-right populist—hostile to democratic values and supported by religious conservatives, the military, extractive sectors, and economic neo-liberals—has submitted Brazilian constitutional institutions to an extreme test of resilience. Since Bolsonaro has been largely unsuccessful at pushing his agenda through legislative paths, he has resorted to abusive employment of his presidential prerogatives and para-institutional tactics to pursue his objectives.

The 1988 Constitution that sealed the transition from the military regime to democracy established a robust consensual political model in opposition to the authoritarian hyper-presidential regime that prevailed from 1964 to 1985. The Constitution featured a combined presidential and multiparty system, proportional representation, bicameralism, federalism, an extremely powerful Supreme Court, and a robust list of unamendable constitutional clauses, among other counter-majoritarian devices. This consensual model requires broad agreements between distinct political forces and across the branches of power.

Jair Bolsonaro has been inept at navigating this consensual model during the first two years of his presidency. Without a strong coalition and a wide political consensus, he was incapable of promoting his radical conservative and anti-system platform through legal or constitutional reforms, showing a weak legislative performance compared to his predecessors. Bolsonaro has been unable to pass any significant legislative change besides the pension system reform that was negotiated by the former administration and had the support of most political parties even before the election. In fact, Congress, though very conservative, has moved forward an independent agenda, expanding its powers over the budget and overturning several presidential vetoes.

Lack of control over the legislature, however, has not impeded the president from advancing anti–constitutional promises through a series of strategies designed to circumvent the system of checks and balances and neutralize progressive policies and rights established by the Constitution. Bolsonaro makes significant use of presidential prerogatives to overcome his inability to navigate the so–called coalition presidentialism system that requires the President to negotiate and make circumstantial alliances with a plurality of political parties. His tactics include administrative measures, executive orders, presidential decrees, budgetary reallocation, appointment of officials unsuited for their legal duties (e.g. tapping a person that rejects anti-discrimination policies to direct the anti-discrimination agency or an anti-environmentalist to lead the Ministry of Environment), and several para-institutional orders (given outside the legal channels), announced through social media and other means of communication.

Bolsonaro is provoking a peculiar form of constitutional regression in areas such as environmental protection, indigenous rights, gun control, LGBT rights, public security, and social rights that have been aggravated by the COVID-19 pandemic. Bolsonaro also uses these strategies to gain control over independent federal agencies, especially those related to law enforcement, intelligence, and the environment. Additionally, Bolsonaro utilizes every opportunity to attack independent journalists, opponents, and the judiciary. As a populist, Bolsonaro presents himself as the sole interpreter of the people’s will, and depicts those who try to limit his actions as enemies of the people.

The Supreme Court as a Moderating Power

At this point in time, the Supreme Court has been the most influential institution in opposing Bolsonaro’s authoritarian actions due to its role as a moderating power. The idea of a moderating power goes back to the monarchical Constitution of 1824, enacted by Emperor Pedro I. This constitution conferred guardianship over the political system to the emperor, allowing him to interfere in the other three branches of government to preserve the stability of the state. With the proclamation of the Republic in 1889, the new constitution transferred this moderating power to a renovated Supreme Court.

As Raymundo Faoro, one of the most prestigious interpreters of Brazilian political history, noticed in his classical book Os Donos do Poder, this moderating function was de facto usurped and exercised by the military. Alfred Stepan, an emeritus Brazilianist, counted no less than nine military interventions between 1889 and 1964. In this last intervention the military decided to not just arbitrate civilian political crises but to directly seize power, inaugurating a military dictatorship that lasted for twenty-one years.

With the debacle of the military regime and re–constitutionalization of the country, the de facto moderating function swung back in de jure form to the Supreme Court. During the drafting of the 1988 Constitution, the Supreme Court received the imposing mission to protect and guard the constitutional pact (Article 102), concentrating in its hands three functions normally dispersed among courts of last appeals, constitutional tribunals, and trial courts (for crimes committed by members of parliament and high officials of the administration). The Court was also granted the final say in judging the constitutionality of amendments.

For the past three decades, the Brazilian Supreme Court has gradually assumed this central role. Not only does it settle political battles—including overseeing two impeachment processes—and restrain other branches, but it has also sought to expand fundamental rights. During this period there has been no major political, economic, or moral issue that the Supreme Court has not ruled on. However, this “supremocratic” presence in Brazilian politics, associated with several inadequacies in the deliberative behavior of the court, has affected the reputation and authority of the of the Supreme Court, making it more vulnerable to attacks by right wing groups that blame it for its activist posture.

Given the Court’s centrality in the Brazilian political system and its progressive jurisprudence in several areas of law, it has been a preferred target for Bolsonaro and his supporters. Since the election, Bolsonaro’s followers, including his sons and radical members of his cabinet, have criticized justices, called for their impeachment, and incited violence against some of the most liberal magistrates. There has also been a constant effort to military against the Supreme Court, claiming that the Court has usurped the moderating functions that the Army historically claimed for itself. The peak of these attacks was when the President’s supporters called a march against the Court, which coincided with the beginning of the pandemic in March 2020. These two events changed the deferential posture assumed by the Supreme Court since the election of President Bolsonaro.

Brazilian opposition parties and civil society have demanded through numerous lawsuits that the Supreme Court resist Bolsonaro’s attacks, moving the Court to adopt a more responsive posture. The swing began with an unprecedented judicial inquiry to investigate anti-democratic activities by right wing extremists. This investigation has the potential to reach the President and his family (Inq. 4781). Some weeks later, the Supreme Court in another investigation (Inq. 4831) ordered the executive to provide video recordings of a ministerial meeting in which the President supposedly coerced the Minister of Justice to replace the Head of the Federal Police in order to protect members of his family from that are under investigation for corruption. The video disclosed several attacks on the Supreme Court by members of the cabinet, including the Minister of Education’s proposition that “all these vagabonds should be in jail, starting with the [members of the] Supreme Court.” The minister was fired some days after the incident. The Court also impeded the nomination of the new Head of the Federal Police on the basis that it would jeopardize the independence of the police.

The Supreme Court has become the main battlefield where the federal government’s lack of response to the COVID-19 pandemic is disputed. Bolsonaro has refused to admit the gravity of the pandemic since the beginning. He has disdained the vaccine and disrespected preventive measures such as social distancing and mask wearing. On March 20, 2020, Bolsonaro enacted a provisional measure (MP 926) aiming to prevent governors and mayors from implementing COVID-19 safety measures and restrictions on activities stricter than the federal government’s lax standards. In a bold decision, the Supreme Court decided that the President could not interfere with state governors’ and mayors’ actions to protect their citizens’ fundamental right to health (ADI 6341 and ADI 672). The Court also expressed that even if it is within the discretion of the federal executive to adopt such health policies, this cannot be done with disrespect to “rational and scientific criteria.”

During the pandemic, numerous other Supreme Court decisions have opposed Bolsonaro’s policies and actions. Decisions have protected the right to information, indigenous rights, limited police violence, and safeguarded freedom of expression for critics of the government. The decision that most displeased the government was an injunction allowing the Senate minority to install a special parliamentary commission (CPI) to investigate Bolsonaro’s behavior. On another front, the Supreme Court decision to release former president Lula from prison and the annulment of his condemnation for corruption has caused tensions with the military and the far-right by paving the way for a strong opponent against Bolsonaro in 2022.

The Brazilian constitutional system until now has demonstrated resilience in the face of constant attacks. Bolsonaro’s administration has not been able to promote major reforms, through constitutional amendments or ordinary legislation, aiming to subvert the democratic regime, unlike what we have witnessed in countries like Venezuela or Hungary. However, there can be no doubt that Bolsonaro’s abusive strategies are eroding the rule of law, the protection of fundamental rights, and the integrity of democratic institutions established by the 1988 constitution.

Brazilian constitutional institutions will need to make a strong effort to contain democratic backsliding before the next electoral cycle. To cope with the challenges, the Supreme Court will need to strengthen its collegiality and justify its employment of counter-majoritarian authority. However, the task to protect democracy cannot be led only by the Supreme Court. Congress must increase its determination to check Bolsonaro’s abusive exercise of presidential prerogatives, and the military as an institution must not be seduced by the spells of authoritarian populism.

Oscar Vilhena Vieira is professor of constitutional law at Fundação Getulio Vargas School of Law in São Paulo, member of the Arns Comission on Human Rights, and columnist at Folha de São Paulo.