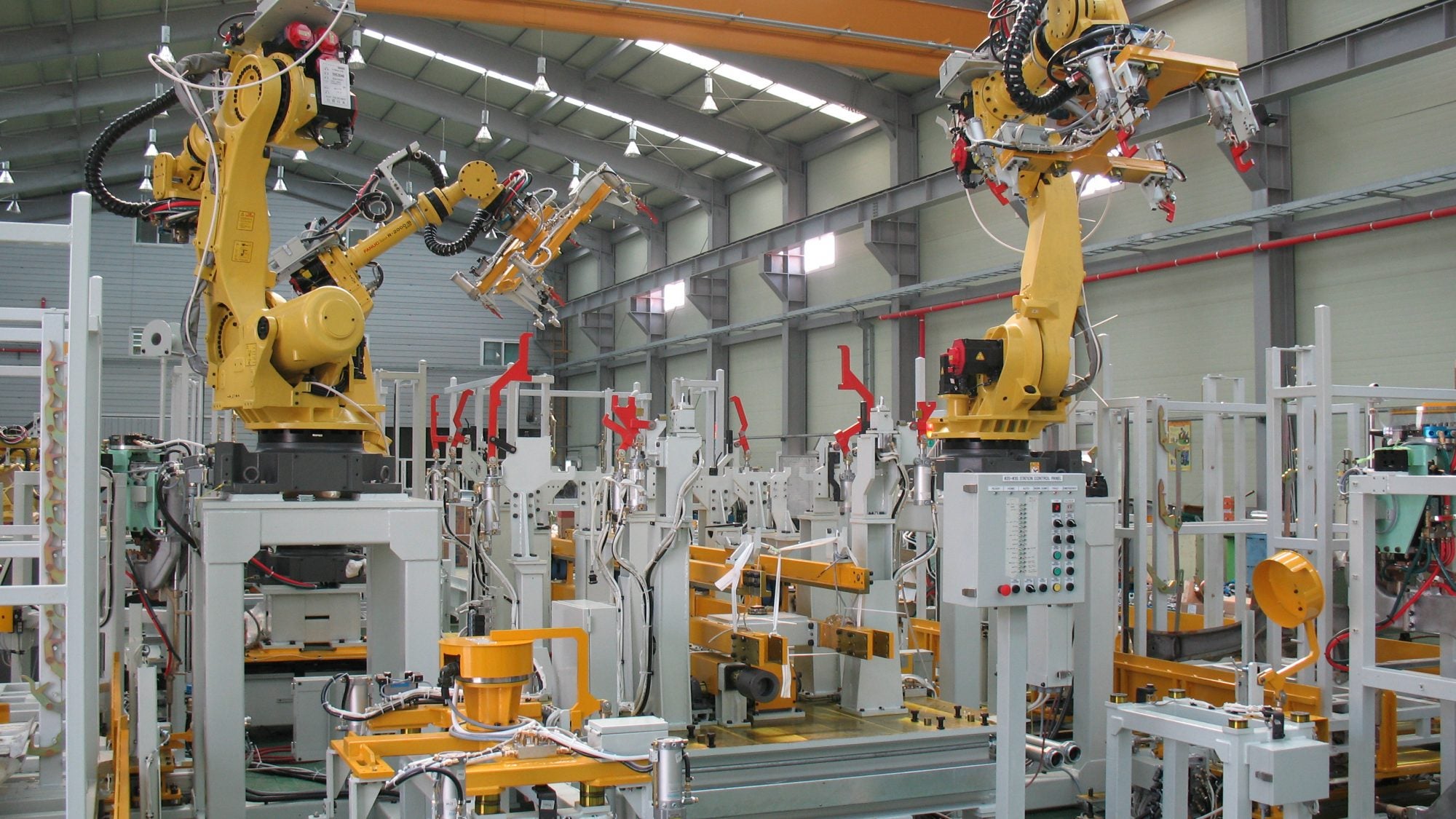 The COVID-19 pandemic has exposed the fragility of global supply chains and highlighted the public health and national security implications of supply chain vulnerability. Policy reactions have focused on limiting exports and encouraging domestic production. But building supply chain resilience will require a more rigorous assessment of risk and a strategic set of policy actions.

In May 2021, a cyberattack shut down the operations of a major gas pipeline along the East Coast of the United States. A month earlier, a combination of weather and underappreciated fluid dynamic forces left a giant super cargo ship wedged sideways in the Suez Canal, bottling up a critical global trade route. In February, a rare deep freeze and power outage in Texas disrupted some petrochemical plants, creating shortages of key plastics and resins for a range of industries. Meanwhile, automotive companies around the world have had to curtail production due to a shortage of semiconductors.

These incidents are not just a string of bad luck, but rather the latest reminders of the fragility of global supply chains, an issue that the COVID-19 pandemic has catapulted to the top of CEO agendas. Industry value chains often span thousands of companies, and their configurations reflect specialization, access to consumer markets around the world, long-standing relationships, and economies of scale.

Recent events have underscored that supply chains created for “just-in-time” delivery of goods now need to prepare for “just in case” eventualities. Disruptions to the system, once seen as rare occurrences, now must be considered probable. Research from the McKinsey Global Institute (MGI) finds that over the course of a decade, the average company can expect to lose nearly half of one year’s profits from supply chain disruptions.

Companies are actively considering ways to reduce such vulnerabilities, including holding more inventory, building redundancy among suppliers, and moving production closer to where goods are sold. The pandemic has also prompted policymakers to consider a broader range of goods and technologies critical for national economic security. As a result, global trade flows may shift significantly. MGI research estimates that 15 to 25 percent of global goods trade could shift to different countries over the next five years.

Supply chain disruptions over the past year took many governments by surprise. Although customs agencies collect detailed data on imports, no government systematically analyzes those data to identify potential vulnerabilities—a lack of scrutiny that itself creates vulnerability. Analysis would have revealed a broad range of essential goods and inputs sourced in Wuhan, where COVID-19 first revealed the power of its punch, including key pharmaceutical ingredients and antibiotics, masks and personal protective equipment, and automotive parts. As supply chain disruptions spread beyond China during the pandemic, US reliance on a broad range of critical goods produced in other countries became more apparent.

Over the last twenty years, industry value chains have become highly specialized, with production of crucial components sometimes concentrated in just one or two countries. UN Comtrade data show that China and India, for instance, export 42 percent of global antibiotic ingredients (API products) by value, with China exporting 75 percent of streptomycin and 52 percent of penicillin. Consumer electronics also feature components from highly concentrated production. Taiwanese exports of electronic integrated circuits (semiconductors) account for 43 percent of the global value of such parts, and Taiwan and South Korea produce most of the world’s advanced chips. China exports three-quarters of all personal computers and two-thirds of all mobile phones globally. In total, research has found 180 products with a value of $134 billion in 2018 that are exported almost exclusively by a single country. Shocks in any of those countries could lead to bottlenecks, unless alternatives can be found quickly.

Global Trade Alert reports that during the first ten months of 2020, a total of 2,031 policy interventions affecting international commerce were imposed by governments around the world. That is an increase of 74 percent over the same period in 2019, and 147 percent higher than the average for 2015-2017. Three of every four of these interventions restricted cross-border commerce. Examples include curbs on exports of medical supplies, equipment, and medicines, and many of those limitations have no expiration date. More recently, there has been a spate of restrictions over vaccine exports. While these reactive measures may have helped alleviate domestic shortages during the pandemic (although leaving other nations worse off), they do not address the underlying problems in supply chain resilience and will leave nations vulnerable to future shocks.

Building national resilience in supply chains requires taking a more comprehensive and analytical approach instead of simply blocking trade. The first step is to review vital supply chains to identify vulnerabilities. In the United States, President Biden issued an executive order in February mandating a national review of several critical supply chains, including for semiconductors, high-capacity batteries, rare earth minerals, and pharmaceuticals. Other governments have taken similar actions. Once potential vulnerabilities have been identified, policymakers must weigh the benefits and costs of actions to mitigate specific risks. Resilient supply chains should be diversified (including cross-border) and transparent, with built-in redundancies and the capacity to flex production in response to shocks.

Policymakers have a wide range of options for enhancing national supply chain resilience. Many critical goods or inputs can be stored in a national stockpile similar to companies holding more inventory. Creating incentives for domestic production to augment supplies from foreign manufacturers is another possibility. Governments can establish a national supply chain risk monitoring function to analyze trade data and scan for potential disruptions.

Last September, Australia, India, and Japan announced the Resilient Supply Chain Initiative to address “the pressing need for regional cooperation on supply chain resilience in the Indo-Pacific.” This has resulted in several global consumer electronics companies announcing plans to build production facilities in India, including Foxconn, Samsung, and Apple. The European Union has announced an Action Plan on Critical Raw Materials. In the United States, the proposed American Jobs Plan includes more than $500 billion to “revitalize manufacturing, supply chains, invest in R&D, and train the workforce.” The more recent Endless Frontier Act is a bipartisan, bicameral proposal to spend $110 billion promoting US innovation in key industries.

The last chapter of globalization, defined over the past quarter century by the creation of long, complex global value chains optimized for just-in-time manufacturing, has come to an end. Going forward, companies will prioritize building resilience in their supply chains, and policymakers will play a more active role in supporting domestic production of goods critical to economic security. Trade flows and value chains could shift to include different sets of countries. This does not mean the world will de-globalize, or even that globalization will slow. Services trade and cross-border digital flows are likely to continue to grow and perhaps become a defining feature of the next chapter of global trade.

Susan Lund is a PhD economist and a partner at the McKinsey Global Institute. Her research focuses on technology, trade, and the workforce. She has lived and worked in Africa and Asia, and currently resides in Washington, DC. 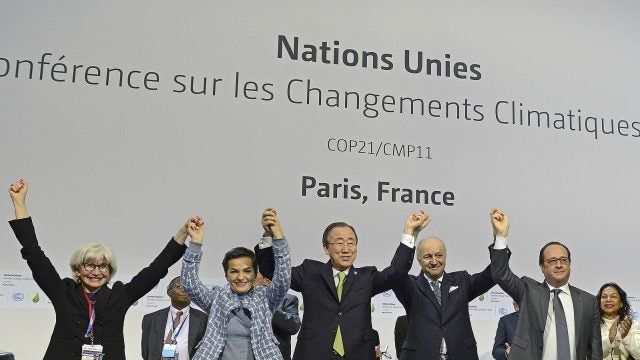 Intersecting Interests and Coincidental Compatibility: How China, the EU, and the United States Can Coordinate Their Push for Globalizing Green Finance

To curb global warming, policies to green financial systems are proliferating across the globe. Based on their different political and economic systems, China, the European Union, and the United States…