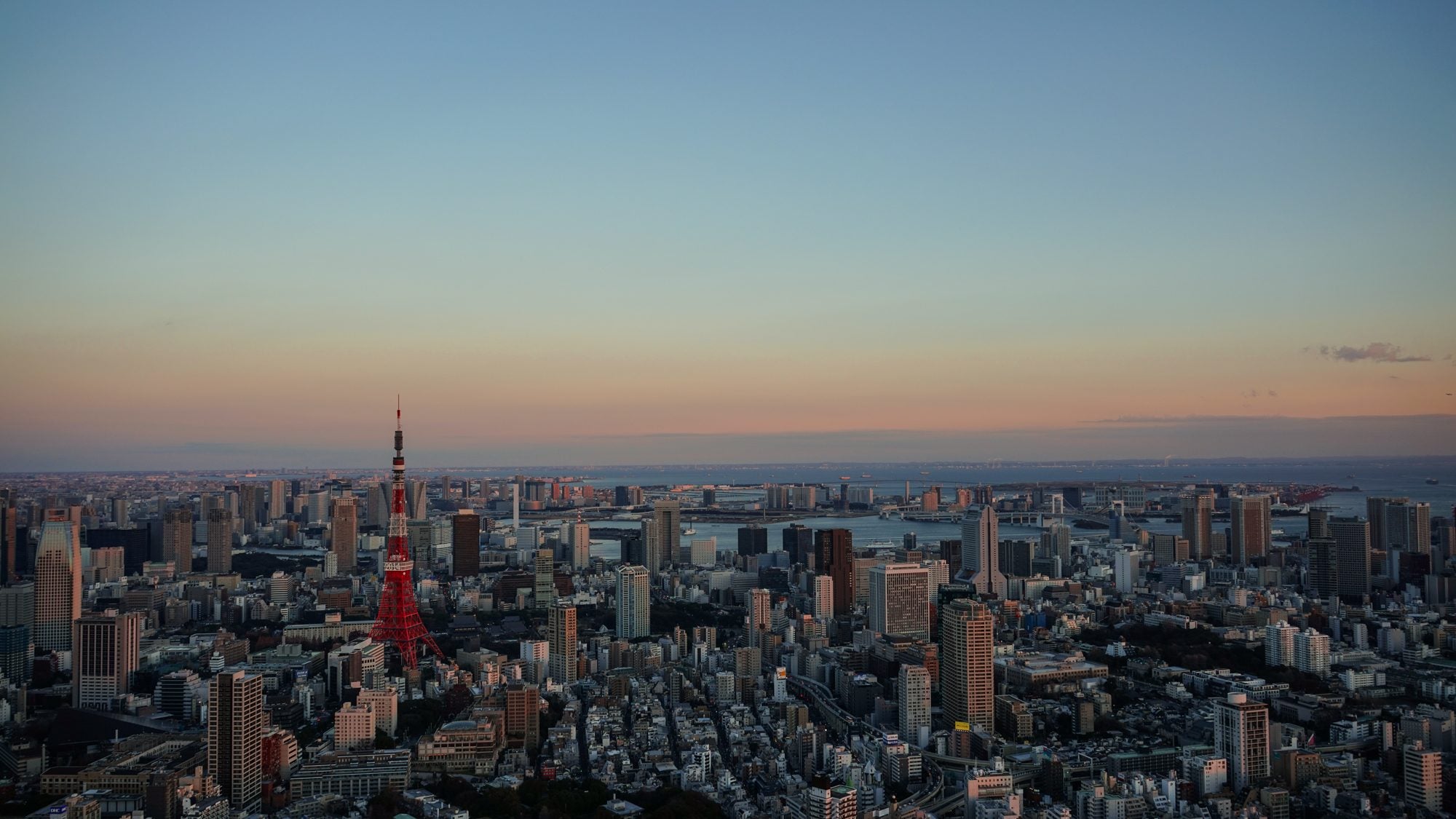 COVID-19 has unleashed geopolitical forces working to reposition supply chains within Asia. The Resilient Supply Chain Initiative between Japan, Australia, and India is spearheading the effort by incentivizing relocation. Several regional economies can benefit if they are able to attract investments leaving China by improving their local business conditions.

The most notable regional response to the repositioning of supply chains due to COVID-19 has been the announcement of the Resilient Supply Chain Initiative (RSCI). Economic ministers from Australia, India, and Japan launched the initiative on September 1, 2020, highlighting “the pressing need for regional cooperation on supply chain resilience in the Indo-Pacific.”

The RSCI will encourage businesses to shift their production from mainland China to other countries in the region. For Japan, Australia, and India, this implies diversifying procurement and reducing the risk of disruptions from overdependence on a single source. From the perspectives of businesses, however, such relocation is economically justified if the costs of relocating from China are compensated by prospects of higher benefits from elsewhere.

The key participants of the RSCI—Australia, Japan, and India—are major stakeholders in the Indo-Pacific construct. All three countries have strong economic and trade ties with China. China was the largest trade partner of Australia and Japan in 2019 and India’s third-largest trade partner after the United States and European Union that same year. Notwithstanding the strong trade ties, all three countries have experienced a sharp escalation in geopolitical tensions with China after the outbreak of COVID-19.

The “Economic” Politics of RSCI
Japan’s ties with China are complicated by friction around territorial claims over disputed islands in the Pacific, passage of the new security legislation in Hong Kong, and Japan’s collaboration with the United States and other Western nations in demanding independent enquiry over China’s role in the spread of COVID-19. Though there hasn’t been any instance of direct confrontation on foreign policy issues, historically frosty bilateral relations have grown more uneasy.

Australia’s ties with China have also soured in the last year, specifically over trade. China imposed heavy restrictions on Australian exports. The most prominent among these were high tariffs on barley and a ban on grain and beef exports. The heat of the trade war has singed bilateral relations and caused tensions in other areas. The latest bitter spat was over China’s use of social media in highlighting alleged war crimes by Australian armed forces, drawing sharp rebuke from none other than Australian Prime Minister Morrison.

India’s current relations with China are at their worst in several decades. Their June 2020 border clash in the high Himalayas, which resulted in loss of several lives, marked an unprecedented dip in bilateral ties. Despite months of discussions, military disengagement on the disputed border has only been partial. The clashes provoked India to promote policies reducing its economic dependence on China, including the restriction of Chinese investments in domestic industries and the banning of several popular Chinese apps like TikTok and WeChat.

The collaboration of Japan, Australia, and India on the RSCI is part of their collective wider efforts to reduce China’s economic influence. For example, all three countries belong to the 5G alliance of ten democracies searching for alternatives to the Huawei on 5G technology, and, similarly, the RSCI is an initiative to reduce long-term exclusive reliance on Chinese products and technology. Both initiatives emanate from their proponents’ shared belief that economic dependence on China reduces their abilities to respond effectively to an assertive China. This belief, combined with the anxiety of supply shortages due to disruptions in Chinese production, motivates the RSCI.

Relocating from China is economically daunting for many businesses. China continues to offer one of the environments most conducive to business. For major supply chains like electronics and automobiles, China offers lead firms the opportunity to source many parts and components from within the country. The Chinese mainland’s organic business links with Taiwan, Hong Kong, and Southeast Asia have led to evolution of these supply chains by capitalizing on regional advantages.

China also remains a vastly efficient assembling location, and, over time, it has emerged as a major hub for consumption, including for high-end, hi-tech consumer items like smartphones, electronic household appliances, and passenger cars. For lead firms in major supply chains, China is not just an efficient location for export-oriented production, but an equally important market for local sales.

The RSCI seeks to overcome the Chinese “appeal” by financially incentivizing relocation. Japan has announced generous subsidies for its businesses to move out of China and relocate to Japan, Southeast Asia, India, and Bangladesh. To attract investment away from China to India, India has announced production-linked incentives, including financial incentives. India also enjoys the advantage of having one of the largest domestic markets which has already encouraged Apple to announce long-term manufacturing plans in India, eyeing both domestic sales and exports. Australia, too, has announced a special economic package to improve supply chain resilience and enhance domestic manufacturing capacities.

Much of the actual relocation and decoupling from China will depend on how businesses perceive the cost-benefit payoff of moving out. While extensive relocations are unlikely, selective relocations are possible. The relocations would be business-specific and depend on a variety of factors, including domestic economic conditions in the RSCI countries, the nature of economic recovery in China, outlooks for global and regional demand, and the trajectory of COVID-19.

RSCI and Regional Economic Prospects
Shifting production out of China is expected to contribute to a revival of regional economies hit hard by COVID-19, and other countries in Asia and around the Pacific could take advantage of RSCI incentives to boost their own economies by implementing policies more conducive to businesses.

It is not just Japan, Australia, and India that are poised to benefit from supply chain shifts; other countries in Southeast Asia can similarly benefit, including Indonesia, Malaysia, and the Philippines, which are all experiencing deep contraction in GDP growth. The relocating investments can build new industrial capacities and create new jobs. Such prospects are also bright for other Asian economies with efficient labor-intensive production and exports, like Vietnam, Cambodia, and Bangladesh. Production efficiencies, particularly low labor costs, can make these countries beneficiaries of several investments looking to relocate.

From a regional development perspective, the geopolitical urge to shift supply chains out of China can create new economic opportunities for less prosperous countries by reordering location of capital and production within the region. The economic success of the process will depend on the extent to which regional economies are able to respond to interested investors.

Regional economies’ ability to offer business-friendly conditions will be critical in convincing businesses to relocate. Most economies hoping to benefit from the likely shifts are still way behind China in their “doing business” parameters. Urgent improvements in these parameters are necessary (e.g., starting a business, obtaining permits, ease of paying taxes) to secure “flighty” capital.

The success of the RSCI would also depend on the “strategic” nature of the supply chains. For example, relocations can be faster for hi-tech semiconductor industries like telecommunication, computers, and industrial and consumer electronics, because the embedded technology is a source of national security concern given the information it can capture and pass on to technology owners.

Efforts to distance “strategic” production away from China can facilitate brisk supply chain shifts. These would result in immediate economic gains for countries hosting the relocation.

For non-strategic industries, however, the investments will be more difficult to secure. Countries in the region should still make an effort to reconfigure these supply chains to better their own economy and to lessen the economic impact of regional geopolitical disruption.

Amitendu Palit is Senior Research Fellow and Research Lead for trade and economics at the Institute of South Asian Studies in the National University of Singapore. He can be reached at isasap@nus.edu.sg.