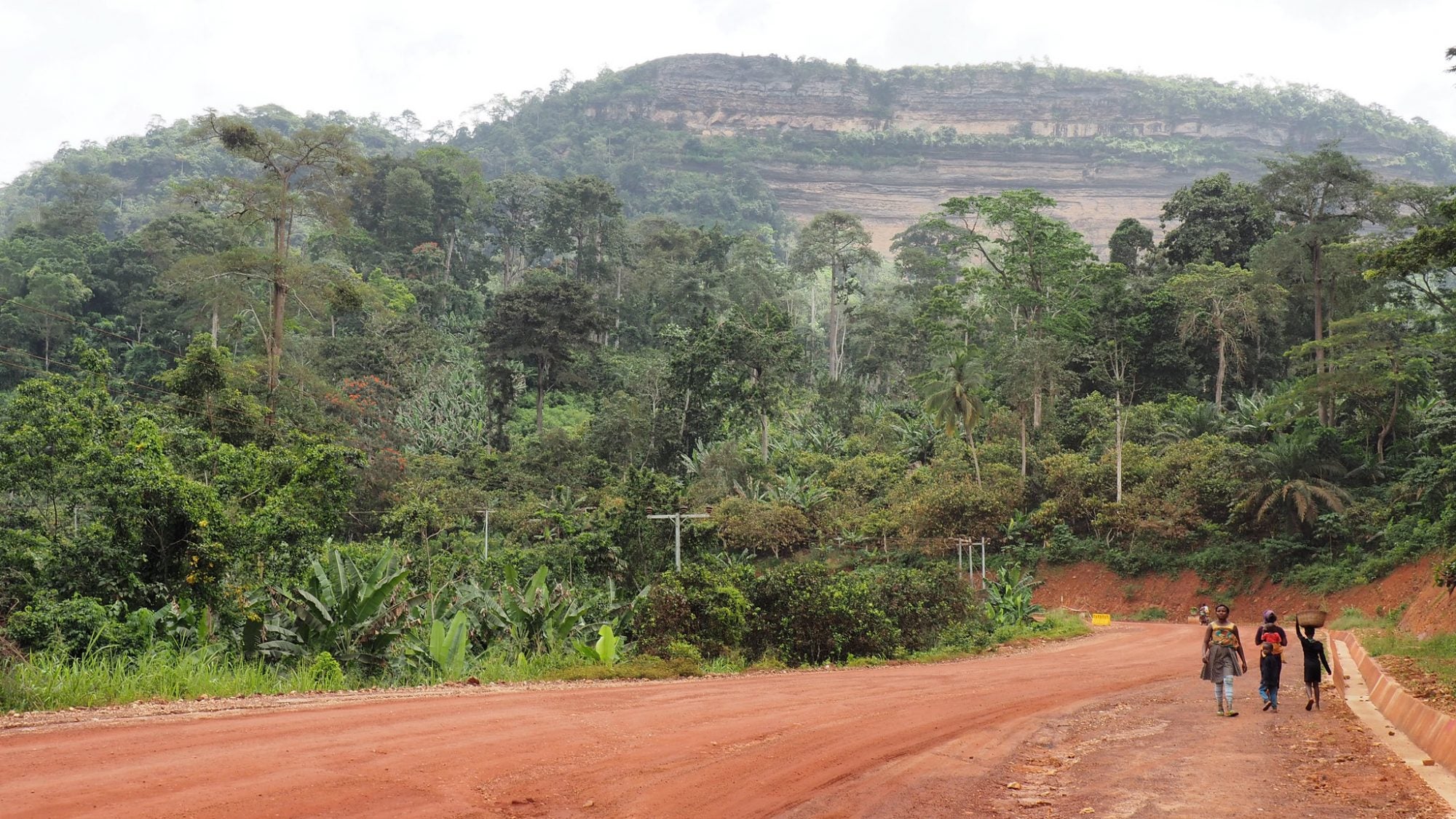 The Atewa Forest Reserve in Ghana is a possible site for the development of an integrated bauxite-aluminum mine through a Chinese resource-backed loan. Despite the opportunities for infrastructure development presented by the loan, this project carries significant risks. This article draws attention to environmental sustainability challenges and the debt-trap conundrum associated with the proposed arrangement.

President Xi Jinping has touted China’s recently unveiled Five-Year Plan as his country’s pursuit of ‘ecological civilization,’ a vision of promoting environmental sustainability and enhanced human-ecological interactions within and beyond China. However, China’s ability to promote ecological civilization in developing countries in line with this Plan will be challenging due to China’s generally poor environmental protection record in such contexts. For instance, while China claims it is prioritizing environmental sustainability in Africa, the extractive projects initiated by its private sector do not align with this stated goal. These projects serve China’s broader interests and often create environmental consequences and problematic debt, therefore requiring a more careful analysis. A Chinese-backed bauxite-aluminum mine planned for a forest reserve in Ghana highlights the debt-trap concerns and environmental sustainability challenges created by some Chinese investments.

The Challenges of Chinese Loans across Africa

China continues to play an enormous role in financing massive infrastructure projects in Africa. As the world’s largest official creditor, China and its subsidiaries have invested billions of dollars across Africa’s energy, transportation, and mining sectors. Despite China’s indispensable contributions to infrastructure development in sub-Saharan Africa, there are valid concerns over how African countries will repay these massive debts to China.

Compared to other official lenders such as the International Monetary Fund (IMF) and the World Bank, Chinese loans are less challenging to acquire. For instance, the IMF monitors the amount of debt held by a country and will not provide more loans until a country seeks debt relief. Chinese lenders have more lenient terms and allow low-income African countries to borrow large amounts without much accountability—issuing loans which may be considered too risky by the IMF and other international lenders.

Historically, China has entered into strategic agreements with developing countries to finance development projects while collateralizing the country’s natural resources. The growing demand for external finance for important infrastructure projects—some of which are overly ambitious and unsustainable—poses great risks to African economies, which risk losing their collateral and the possibility of debt distress.

Chinese loans are often characterized by lack of transparency. Chinese financiers set tough conditions for financing large infrastructure projects, taking advantage of vulnerable African leaders desperate to complete ambitious developmental projects. For instance, the construction of a $10 billion port project in Tanzania was suspended after careful consideration of the terms and conditions of the Chinese loan. The project, which the former president John Magufuli called “exploitative and awkward,” would have rented the port to the Chinese government for ninety-nine years as repayment.

In Ghana, Chinese financing over the past two decades has spanned various sectors including power, information communication technology (ICT), transportation, and agriculture. Chinese foreign direct investment is estimated to be three times the size of EU countries’ investment in Ghana. Some of these loans are backed by resources such as cocoa and oil. For instance, Sinohydro has allegedly agreed to deliver $2 billion worth of infrastructure projects across the country, which Ghana would pay back with proceeds from the sale of refined bauxite. An estimated $646 million of the initial $2 billion loan have been approved for disbursement. The Ghanaian government also signed a loan commitment of $550 million in 2019. Entering these types of agreements with China demands careful consideration by the Ghanaian government.

Bauxite is a valuable mineral used to produce aluminum products that range from teaspoons to fighter jets. It has been mined in Ghana since before the country’s independence, when the British sourced bauxite from the southwestern Gold Coast. China is eager to gain strategic access to Ghana’s rich bauxite deposits through a controversial bauxite-backed loan which would finance Ghana’s mega-railway projects. The divisive Master Project Support Agreement (MPSA) deal, signed in 2018 between the Ghanaian government and Chinese state-owned Sinohydro Corp Limited, requires Ghana to repay $2 billion by allowing China access to 5 percent of bauxite reserves. The repayment structure grants Chinese companies mining licenses and allows Sinohydro to build a refinery for bauxite production in Ghana, depositing the revenues from bauxite exports in an offshore escrow account for loan repayment. This is similar to the 2017 China-Guinea deal which allowed the African state access to a $20 billion loan—to be used for projects including port expansion, building a university, and highway construction—in exchange for concessions of bauxite over a period of 20 years. The IMF and other international bodies have warned against these types of arrangements.

The location of the bauxite mine in Ghana has numerous environmental considerations, including potential consequences for Ghana and incongruity with China’s focus on sustainability. The Atewa Range Forest Reserve was established in 1926 and includes over 17,400 hectare of biodiverse forest, making it home to thousands of rare species of plant and animals. The Atewa Reserve has rich water resources and is the source of three important rivers—the Ayensu, Densu and Birim—which provide water to more than two million people in southern Ghana.

Waste from mining operations could cause serious water pollution and irreparable harm to Ghana’s environment and these ecological treasures. Since 1926, Ghana has lost roughly eighty percent of its forested habitat and the Atewa Range Forest Reserve makes up roughly one-third of the remaining protected forest in Ghana’s Eastern Region. The mine is expected to affect an estimated 17,400 hectares of the protected area. Bauxite, which is usually found in the topsoil and extracted through strip mining, requires removing layers of soil and rock to access the minerals below. Mining bauxite has had devastating consequences in other African countries. A 2018 Human Rights Watch report on bauxite mining in Guinea found that the country’s dozens of open-pit operations had damaged farmlands, destroyed water sources, and coated homes and crops in dust. This project therefore poses serious threats to the Atewa Range, citizens’ fresh water supply, Ghana’s climate change mitigation efforts, and China’s quest to promote ecologically sustainable development.

The Ghanaian government argues that the initial $2 billion resource-backed loan is more of a barter deal than a loan because money is being exchanged for proceeds from resources. However, these “financings” are accompanied by concession rates, maturity periods, and other elements that make them equivalent to an actual loan despite these claims. The repayment of these loans, which are based on income yet to be generated from natural resources, makes them seem more appealing and less risky. However, Chinese financiers have a bullish way of making sure their interests are fulfilled, as was the case in both Angola and Zambia. If commodity prices fluctuate, it will also affect the revenue generated from production and sale of these natural resources. Finally, Chinese companies also often receive the building contracts for most Chinese loans. These arrangements, therefore, provide greater benefits to China, including relocating heavy-pollution industries to Africa as well as creating jobs for many Chinese people across Africa.

Ghana’s aluminum industry does not currently bring in enough revenue to service this loan. According to a report by Duke University, in the event Ghana fails to fulfil its repayment obligations, “Sinohydro Company is entitled to prepayment of outstanding loan balances and may seize the full balance of the escrow account.” The report also cautioned that the cost involved in the proposed Sinohydro project exceeds its potential benefits. Ghana’s Atiwa Forest, an irreplaceable environmental resource, is set to be used as collateral for the government’s railway and development projects.

What Should the Government of Ghana Do?

The Ghanaian government forcefully contends that the funds and associated revenue from the Chinese loan will catalyze important development, including railways, roads, and energy infrastructure which are necessary for driving socio-economic growth. The Ghanaian public—particularly environmental groups—are more skeptical of the benefits and costs of this project and have good reason to be.

The Ghanaian government should consider financial and environmental sustainability principles in negotiating Chinese-financed infrastructure projects. This is particularly necessary since state agencies and stakeholders have a duty to protect the nation’s sensitive ecological resources. This goal could be achieved through developing new rules and regulations to govern natural resources and minimize depletion of threatened ecological resources. The government should also pay attention to the results of feasibility studies, such as strategic environmental or social impact assessments associated with implementing risky, large-scale infrastructure projects such as the Atewa Bauxite Project.

Finally, the government should push for greater local participation in projects. The Ghanaian public should also advocate for better loan conditions and the disclosure of agreements’ key terms to ensure accountability and responsible investment. It is common knowledge that Chinese lenders have strategic interests in Ghana’s natural resources—and the natural resources of other countries—and seek to achieve maximum benefits during government-to-government agreements. The responsibility lies with the Ghanaian government to push for terms that benefit Ghana’s citizens, environment, and economy in the long term.

Angela Benefo is a recent graduate of Masters in International Business from Wuhan University, China and currently works with the Corporate Planning Department at Ghana Ports and Harbours Authority, Tema, Ghana. She formerly served as a Research Analyst at Development Reimagined in Beijing. Email: abenefo@ymail.com

Michael Addaney is a lecturer in the Department of Planning and Sustainability at the University of Energy and Natural Resources in Sunyani, Ghana, and a senior research associate of the Center for Public Management and Governance at the University of Johannesburg’s School of Public Management, Governance, and Public Policy. He is a recent PhD graduate of the Research Institute of Environmental Law at Wuhan University in China. Email: michael.addaney@uenr.edu.gh 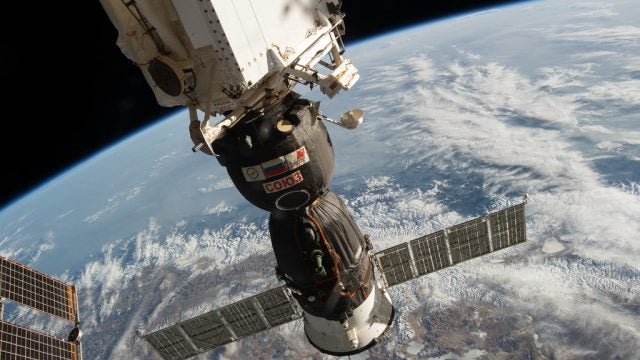 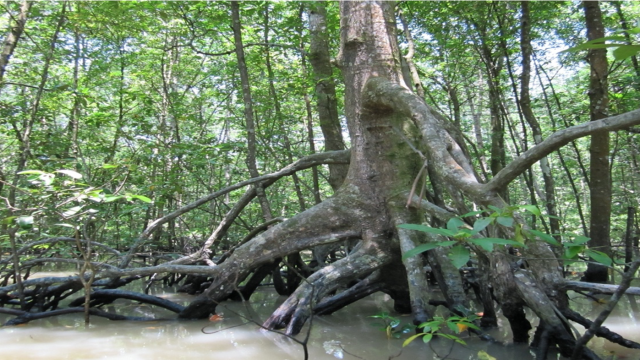 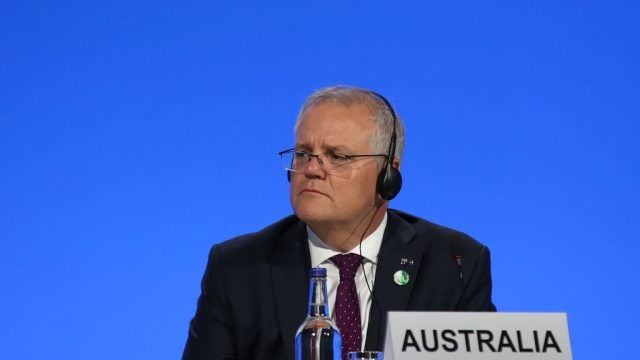