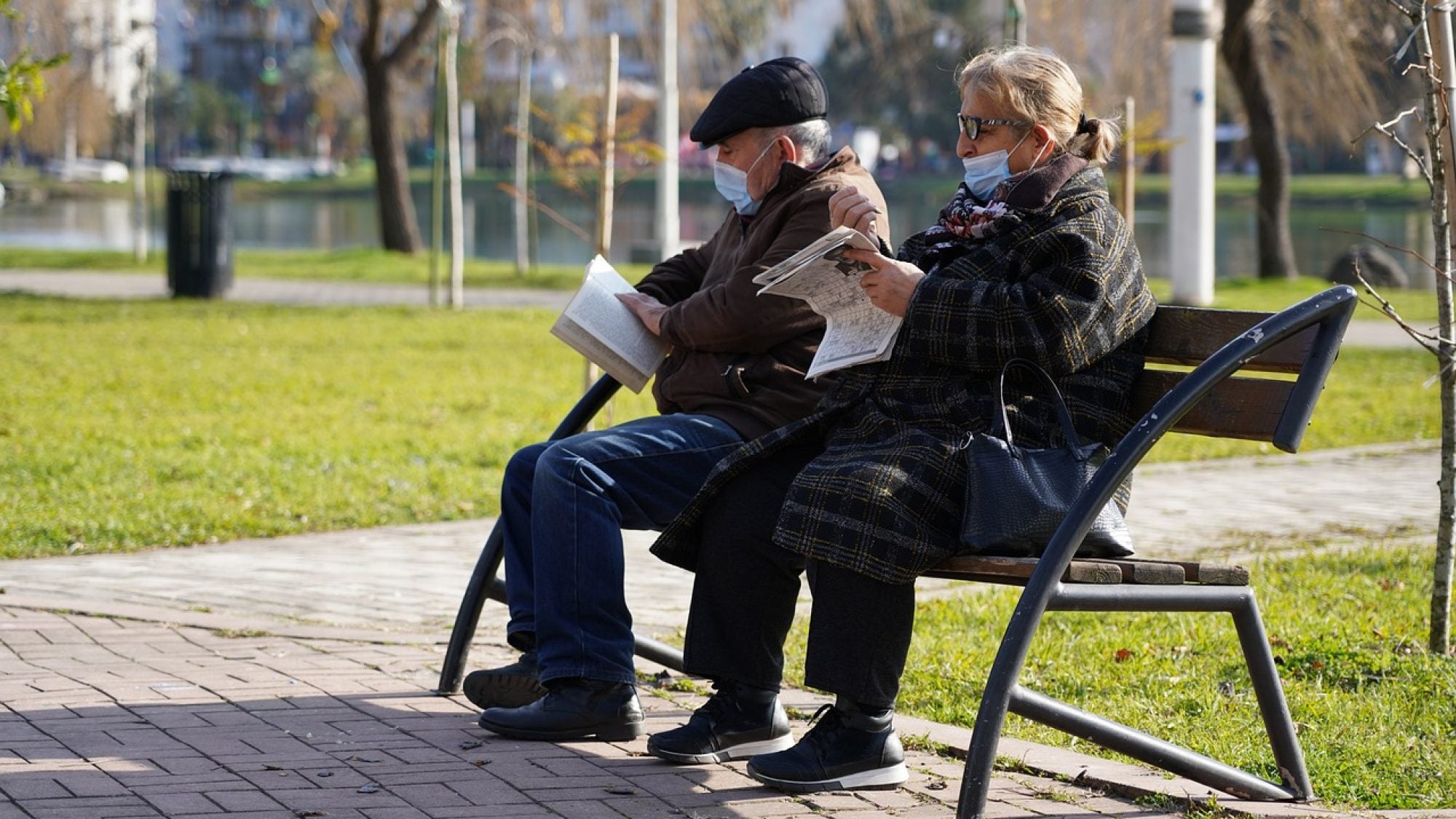 Title: The Ageism of the Pandemic

Media coverage of COVID-19 has exposed and given voice to the contradictory forms that ageism can take, from pity to resentment.  With more people over fifty than at any other time in our history, it is time to confront ageism and review how public discourse during the pandemic has reinforced this bias, and consider how it can be challenged.

“Fully Vaccinated and Time to Party: If You Are 70,” proclaimed The New York Times’ frontpage headline in March 2021. The story detailed how older people were going out together for dinner, drinks, and dancing, and getting ready to “jump in a plane and fly.” Here, we read about elders who “celebrate while their younger counterparts lurk in grocery stores in search of leftover shots or rage on social media, envious of those who have received a vaccine.” The magnification of such tropes was evident elsewhere as well. That same month, Saturday Night Live featured a resentful sketch deriding older people entitled “Boomers Got the Vax.” It played on the “greedy geezer” stereotype, with the performers, in gray or bald head wigs, rapping lines like: “Got all the money now we got the vaccination,” “We coming first,” “We’re out here spending your inheritance,” and “You get what’s left behind,” with one performer taunting a child with an obscene gesture and another one seen smugly booking a cruise.

The extensive media attention paid to COVID-19 over the past year has exposed just how rampant ageism is in our society, with coverage veering from pity for to resentment of older people. But it has also elicited renewed calls to combat ageism, through education, awareness, and public policy, and especially by increasing intergenerational interaction and solidarity.

COVID-19 revealed how ageism—a bias and discrimination against older people, simply because they are old—structures so much of our society, from seemingly harmless yet resentful comments or jokes to lethal institutional practices. Unlike racism, sexism, or homophobia, which are routinely denounced, ageism is one of the few remaining utterly acceptable and highly institutionalized forms of bias in the United States and, indeed, in many parts of the world. And no matter your race, gender, sexuality or class position, it is the one “ism” no one can avoid confronting themselves, unless you die prematurely. Ageism historically involves belittling, stereotyping, ridiculing, and/or pitying older people. With the pandemic, ageism includes the widespread proclivity to regard old people as expendable.

For example, in March 2020, the hashtag #BoomerRemover began circulating on Twitter, with snide and merciless comments celebrating that the pandemic could help trim the ranks of older adults. A sample analysis of 18,128 tweets from mid-March 2020 showed that almost one‐quarter of these tweets had ageist comments including jokes or derision, while 20 percent downplayed the relevance of COVID‐19 and/or implied that the lives of older people were less valuable.

The depiction of older Americans at the outset of COVID-19

The COVID-19 pandemic shows how ageism can cut both ways. While recent portrayals of older people have depicted them as flaunting social distancing guidelines while younger generations remain confined to their homes, older Americans were initially seen as being significantly more vulnerable to COVID-19 than their younger counterparts. In stark contrast to the 2021 SNL skit, for example, just a year earlier, nursing homes ravaged by the disease were described as “Death Pits” by The New York Times. While it’s true that older people’s immune systems are not as robust as those of younger people, this widespread media coverage about the initially high mortality rates among older adults living in close quarter care facilities led to the misconception that the disease primarily affected them and that younger people were at a low risk. Dangerously, some took this to signify the disposability of older Americans. For example, Texas Lieutenant Governor Dan Patrick, 70 himself, suggested in his own dismissive rhetoric that those who were “70-plus” could be “exchanged,” or sacrificed, for the survival of younger people.

Such ageist discourse, while easy to ridicule, has serious, even lethal repercussions. It legitimates the mistreatment and neglect of older people, and stereotypes all older people as weakened, decrepit, a “burden,” and unable to contribute to society. The outset of the COVID-19 pandemic brought with it a shaming of baby boomers and other older populations, depicting them as helpless, vulnerable, and expendable victims. Yet, now that many older Americans have received their vaccines and are beginning to live a lifestyle reminiscent of the pre-Covid era, they are depicted as shameless “party animals.”  COVID-19 has unveiled the various contradictory yet impactful ways that ageism pulsates through society.

Tragically, such derogatory attitudes have severe consequences. Since the beginning of COVID-19, one study documented that “there has been a massive increase in the reports of elder abuse.” This has included “incidents of family violence, neglect, and financial scams,” as well as reports of people abandoned in care homes. Media coverage and online discussions about the use of “age-based cutoffs to ration ventilators,” with some hospitals in Italy doing just that, reinforce the ageist attitude that older people are more expendable.

Furthermore, ageism affects people globally, and those with fewer resources or support mechanisms are the most vulnerable. When the pandemic began ravaging countries around the world, Director-General Tedros Adhanom of the World Health Organization (WHO), who was concerned that ageism was delaying medical care for elders, warned against the “moral decay” of not valuing the lives of older people. He also warned against mistakenly thinking that “the virus kills senior or older people only.”

Some countries seriously debated rationing care for older patients, implying they were more expendable than their younger counterparts. Even with the high rates of infection at nursing homes, the Centers for Disease Control (CDC) did not identify nursing home residents as a high priority for COVID-19 testing. The pandemic, which contributed to a significant portion of the more than 100,000 deaths in 2020 in long-term care facilities, also shined a light on long-festering and unaddressed concerns regarding their poor regulation. Shortcomings include slipshod and negligent practices such as under-staffing, the inappropriate use of psychotropic drugs, and inadequate preparation for the spread of infectious diseases. Ageism undergirds and is even used to justify these inadequacies.

Responding to ageism during and after Covid

In response to these concerns, the WHO launched a Global Campaign to Combat Ageism, as laid out in its report “Global Report on Ageism.” Emphasizing that ageism is “ubiquitous and insidious” around the world—its consequences made even more salient by the pandemic—the report reminds readers that rather than being “uniformly frail and vulnerable,” older people inhabit multiple roles in society. Indeed, they are “caregivers, volunteers and community leaders” and many have been crucial to responding to the crisis, especially as health workers and caregivers, with women making up the majority of people in such roles.

The over 200-page report documents the causes of ageism and proposes remedies, from stronger anti-discrimination laws and policies to raising public awareness about ageism through educational interventions and media campaigns. “Take a Stand Against Ageism” is an initiative of HelpAge International, a global network of 158 organizations across 86 countries, determined to expose ageism and its costs not only to individuals but also to national economies through increased healthcare costs, poverty, and reduced productivity.

More can be done to fight ageism, however. One of the most important ways to mitigate the effects of ageism is to increase intergenerational contact and solidarity. Media coverage has pitted generations against each other, with images at the outset of the pandemic showing irresponsible, unmasked young people packing bars and parties while older people were dying. Now, images of unmasked older people happily socializing while younger people are allegedly scrounging for vaccines are widely circulated. Although such accounts might make for good copy—and are not completely inaccurate—they obscure the many ways generations have come together, and not just out of necessity, during the pandemic. It is time to build on this narrative, with older people reaching out to and forging connections with younger generations, reassuring them that getting older does not automatically result in decrepitude and isolation. Furthermore, older generations must remind their younger counterparts that, if not defeated, bias against the old now will confront them, too, in the future.

The global malady of ageism, as the WHO documents, “damages individual health and dignity as well as economies and societies writ large. It denies people their human rights and their ability to reach their full potential.” In the United States, we have more people over fifty than at any time in our history. Millions are working longer, are healthier, are more socially engaged, and are more visible than previous generations. Additionally, contrary to the “greedy geezer” stereotype, millions want a more fair, humane, and just society—not just for themselves, but for future generations as well. The media has a crucial role to play here in providing more visibility to older Americans and to the issues they confront.

As the pandemic has raised awareness of inequities based on race, gender, class, and income, we should not allow it to cement ageist stereotypes and attitudes. Rather, we should embrace this new-found awareness of ageism’s inequities and the dangers it poses to society as a launching pad from which we can initiate the processes necessary to defeat this dangerous phenomenon.

Susan J. Douglas is the Catherine Neafie Kellogg Professor of Communication and the Media at the University of Michigan and the author, most recently, of In Our Prime: How Older Women Are Reinventing the Road Ahead (Norton).