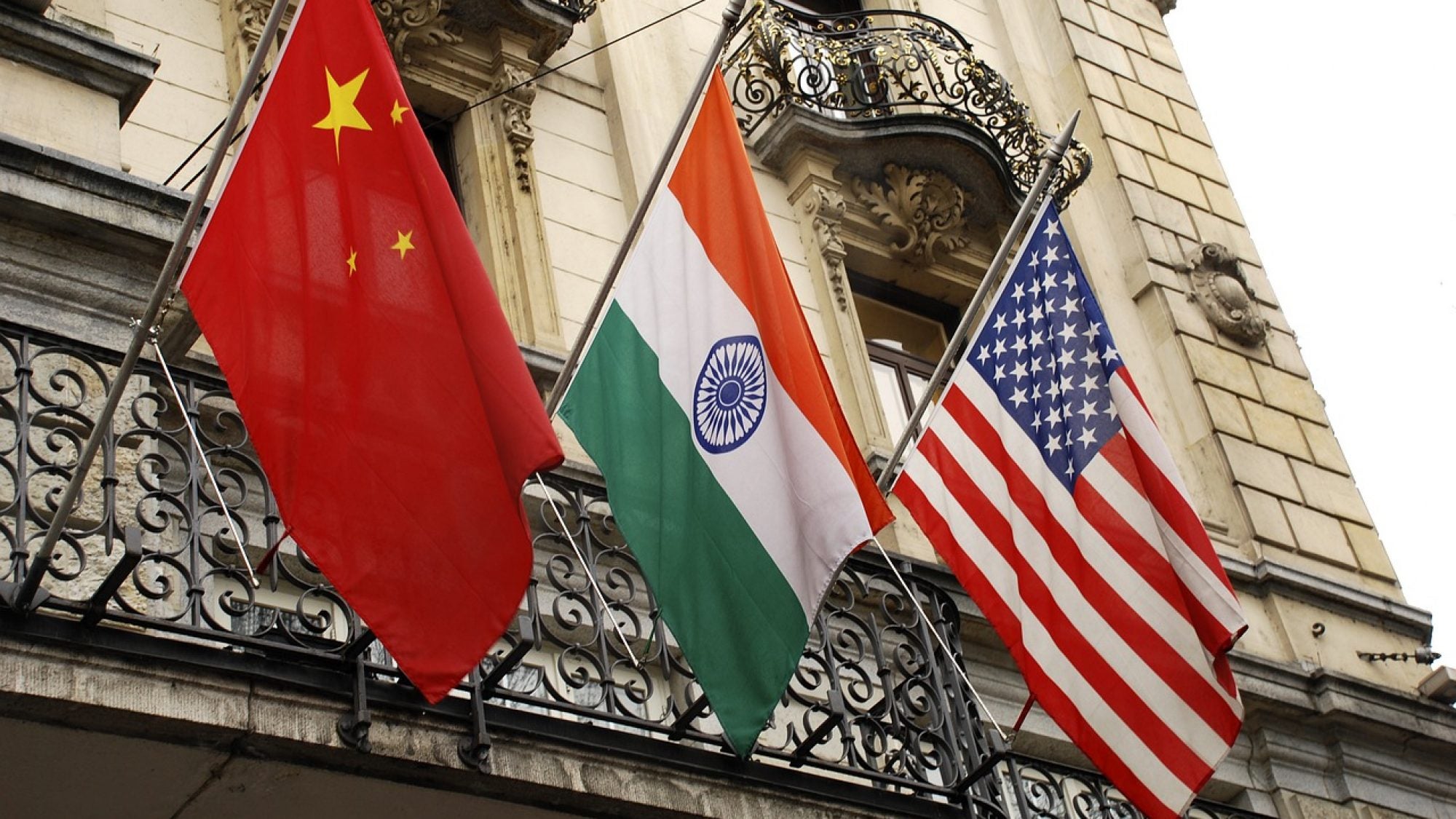 Title: The Maldives: An Island Battleground for India-China Competition

The Maldives, a small, strategically located archipelagic nation in the Indian Ocean, has emerged as a key battleground for India-China competition in South Asia. It is one of several South Asian states with substantive relations with both Beijing and New Delhi. India, which has deeper historical ties to Malé than does China, is attempting to bring the Maldives more into its orbit by capitalizing on the current Maldivian government’s pro-India leanings and by using coronavirus vaccine diplomacy—an area in which it enjoys a comparative advantage over Beijing. A catastrophic surge in new cases this spring, however, has required New Delhi to cut back on its vaccine exports. Washington, which has increased its own outreach to Malé in recent years to try to draw the country away from China, will benefit strategically if its Indian partner succeeds in pushing back against their common rival.

One of the biggest stories in Asian geopolitics in recent years has been China and India’s intensifying rivalry. The two have a complicated history—one that includes a war and frequent tensions, but also extensive trade and diplomatic engagement. Their disputed border—which sparked a deadly clash in June 2020— has not prevented the two countries from partnering overseas in multilateral groupings ranging from BRICS (Brazil, Russia, India, China, and South Africa) to the Shanghai Cooperation Organization. However, there are limits to this bilateral cooperation on the world stage. China and India, impelled by their growing economies and large populations, are competing globally for energy and natural resources, but one of the most visible dimensions of their competition is playing out in South Asia. Beijing is expanding its Belt and Road Initiative (BRI), a global transport corridor super project that extends throughout the region—from Pakistan, its close ally, to areas where India’s influence has traditionally been strong, including Nepal and, increasingly, the Maldives.

New Delhi has sought to counter BRI by pursuing its own connectivity projects across the region—from a sub-regional energy hub to a natural gas pipeline linking Turkmenistan, Afghanistan, and Pakistan. Presently, however, India is struggling to keep up with China’s investment momentum in South Asia. It is being outplayed in its own backyard.

Until relatively recently, there was little India-China competition in the Maldives. The nation was squarely in India’s sphere of influence for the first four-plus decades after its independence. India was one of the first countries to establish diplomatic relations with the Maldives following its independence in 1965. New Delhi backed strongman President Maumoon Abdul Gayoom, who ruled with an iron fist from 1978 to 2008, and, in 1988, it intervened to help crush a coup. India also provided softer types of support, including trade cooperation and natural disaster relief. When the Maldives transitioned to democracy in 2008, India supported Gayoom’s successor, Mohamed Nasheed.

India’s fortunes in the Maldives took a tumble in 2013. After a period of political turmoil, an election brought Abdulla Yameen to power. Yameen, an authoritarian, soon gained Beijing’s backing. At a moment when China was laying the groundwork for BRI, it established a series of new infrastructure projects in the Maldives. A China-Maldives free trade agreement soon followed, as did Malé’s formal membership in BRI. By 2018, Beijing had completed a major upgrade—including a new 3,400-meter runway—at the Maldives’s main international airport, as well as a new bridge linking Malé to the island of Hulhumalé. These investments have had costs for the Maldives. By 2018, Chinese loans had saddled Malé with nearly $1.5 billion in debt—a high figure for a nation with a GDP of less than $9 billion. Indebtedness to China doesn’t only burden a country’s economy. It also risks making the nation vulnerable to “debt trap diplomacy,” whereby Beijing leverages debt to get borrower states to serve China’s interests (some analysts, however, reject the idea of debt trap diplomacy).

However, the tables turned again in 2018, when the election of Mohamed Ibrahim Solih restored democracy—as well as strong Maldivian ties with New Delhi. Solih initiated an “India First” policy meant to strengthen “the multifaceted, mutually beneficial partnership between India and the Maldives.” Solih pulled out of his country’s trade deal with Beijing. India authorized $1.4 billion to help the Maldives with loan paybacks and provided additional financial support for community development projects. New Delhi currently has plans to build a new cancer hospital and cricket stadium, to develop a port, and to upgrade an airport.

Today, India, maintaining solid relations with the current Maldivian government, may have the upper hand in the Maldives relative to China. Still, the Maldives mirrors other small South Asian states: It is caught in the middle of dueling efforts by China and India to gain influence and consolidate their footprints. Gowher Rizvi, a foreign policy advisor to Bangladesh’s prime minister, recently said that “we are part of China’s BRI,” but “our most important partner is India.” This statement easily applies to the Maldives as well—a country that is the subject of a strategic tug-of-war between India and China.

Against this backdrop, New Delhi has sought to bank on coronavirus vaccine diplomacy to make more headway in its competition with Beijing in the Maldives. In January, it sent three million free shots to six of its neighbors. Significantly, two of them—Bhutan and Nepal—are also China’s neighbors. The Maldives was the first country to receive vaccines from New Delhi—a shipment of 100,000 doses of India’s Covashield vaccine.

Beijing, over the next two months, had to play catch up. The first Chinese vaccines didn’t reach the Maldives until the end of March. When it comes to producing and distributing vaccines, India has a comparative advantage. It produces more than 60 percent of the world’s vaccines, and it has long been a top global supplier of cheap pharmaceuticals. Unfortunately, India’s worst enemy in vaccine diplomacy is the coronavirus itself. A recent surge in new cases at home has prompted New Delhi to cut back dramatically on its vaccine exports, and to take new steps to import vaccines. The seriousness of the surge—which has turned India into the world’s ground zero for the pandemic—suggests that it could be many months before New Delhi is able to resume vaccine exports.

The Maldives will continue to be a key target for investment and influence-building for India and China, thanks to its strategic location and both countries having already made major inroads there. Vaccine delivery may have been a key initial goal, but after the pandemic it is infrastructure support that will once again take center stage.

The impact of this engagement on governance in the Maldives should not be overstated. While the country has formally returned to democracy, it is, in the words of Maldives expert J.J. Robinson, “still very much in the latter stage of a bruising transition from decades of autocracy.” Completing this transition will take time, and neither India nor China has any ability or desire to facilitate the Maldives’s democratization. That said, New Delhi, which has gotten along well with the country’s recent democratic leaders, arguably has a stronger interest in the nation solidifying its democracy than does an undemocratic China that has forged warm ties with the Maldives’ new generation of authoritarians.

Implications for the United States

The deepening United States rivalry with China is prompting intensified U.S. engagement with Malé. For many years prior, Washington’s strategic lens in Asia mainly honed in on China’s actions in East Asia, where its provocations in the South China Sea threaten the interests of key U.S. partners and treaty allies. However, newer developments in the western reaches of the Indo-Pacific—including China’s provocations along India’s border in Ladakh and the opening of a Chinese military base in Djibouti—have woken Washington up to the Maldives’s geostrategic significance. In this regard, any Indian progress with investments and influence-building in the Maldives is a net positive for Washington.

Not surprisingly, in September 2020, Washington signed a new defense framework agreement with Malé. The next month—in one of the last major Asia policy decisions made by the Trump administration—Secretary of State Mike Pompeo announced that America would establish its first embassy in the Maldives. Washington has also stepped up maritime cooperation with Malé—including the provision of nearly $11 million in assistance—since 2018.

The Maldives offers opportunities for Washington to deploy the tools associated with its Indo-Pacific strategy, a policy established by the Trump administration to counterbalance China. These tools include the Development Finance Corporation and Blue Dot Network, both of which are meant to back transparent and effective infrastructure projects in the region. Ideally, future U.S. projects in the Maldives could be linked with India’s. Over the first few months of its term, the Biden administration’s focus on South Asia has largely been limited to Afghanistan, India, and Pakistan. However, in early June, U.S. Under Secretary of Defense Colin Kahl had a call with Maldivian Foreign Minister Abdullah Shahid. According to a Pentagon readout, the discussion focused on how to strengthen U.S.-Maldives relations and on how the relationship can help pursue “shared interests in the Indo-Pacific.” The two leaders also spoke about U.S. pandemic assistance to the Maldives. As the new administration fleshes out its broader Asia strategy, the country is likely to come onto Washington’s radar more frequently.

The Maldives is often perceived abroad through reductive lenses—a tourism haven, a poster child for acute climate vulnerability, a surprising magnet for international terrorists. All are true, but there is much more to the country than these popular frames suggest. Above all, it is a strategically located state that serves as a ground zero for two of the world’s most consequential rivalries—those of India and China, and America and China. With both rivalries sure to intensify, the geostrategic significance of the Maldives is poised to endure, if not increase.

Michael Kugelman is Asia Program deputy director and senior associate for South Asia at the Woodrow Wilson Center in Washington, DC. He is grateful to Wilson Center intern Isha Gupta for her research assistance.