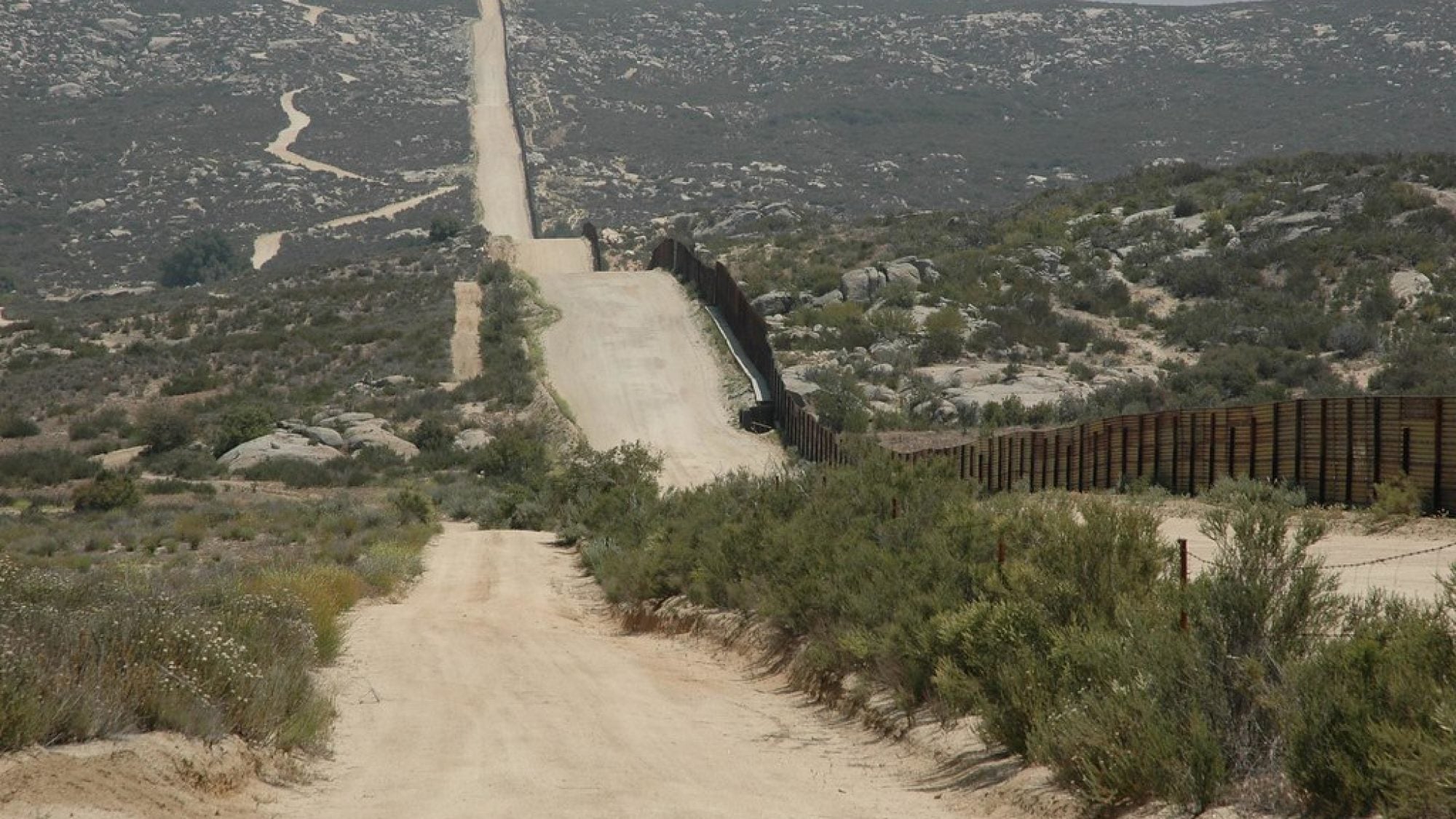 Title: Opportunities and Challenges Affecting Migration in the Northern Triangle

On his first day in office, President Joe Biden introduced comprehensive immigration legislation to both address the immediate border humanitarian crisis and follow through on his promises to dismantle the more restrictive immigration system established by the Trump administration. Following a review of more than four hundred immigration Executive Orders (EOs) issued under the Trump administration, the Migration Policy Institute (MPI) concluded that Trump profoundly transformed the U.S. immigration system. Despite promises and actions by the Biden administration to systematically assess these EOs and inherited regulations and procedures, reversals will take months or years. This article examines immigration policies of the past and present administrations, and proposes several policy prescriptions to consider in the future to address the opportunities and challenges of migration from the Northern Triangle.

Under the Trump administration’s system, mass incarceration and the subsequent deportation of immigrants became the main responses to those seeking asylum and other relief within the U.S. and at the U.S.-Mexico southern border. In 2018, the Zero Tolerance policy was issued and implemented. Soon after taking office, the Biden administration was quick to suspend that policy which had been widely criticized for separating migrant children from their parents and legal guardians, and issued an Executive Order on family reunification. Further policy changes are needed such as developing strategies for economic self-sufficiency, strengthening rule of law and institutions managing migration, creating pathways for legal migration, and supporting research aimed at curbing migration and reintegration.

Besides violating international human rights conventions, the previous administration’s policies contradicted U.S. state-level regulations meant to ensure the safety and best interests of children as well as immigrant rights to asylum. The forced traumatic separation of children from their parents often resulted in adverse impact experiences on child development, with similar impacts on adult immigrants and family groups subjected to abuse and mistreatment in processing centers and child-specialized facilities under the care of the U.S. Office of Refugee Resettlement.

The implementation of the Migration Protection Protocols (MPP) has resulted in an increase in Immigration and Customs Enforcement (ICE) raids and deportations, despite its suspension. After a peak of apprehensions at the U.S. southern border in May 2019, the U.S. Department of Homeland Security (DHS) expedited processing of asylum seekers’ applications and their rapid removal from U.S. soil as well as deterrence of future arrivals of immigrants at the border via the MPP.

Since the outbreak of COVID-19 in March 2020, irregular migration into the U.S. has been mostly enforced by the Immigration and Nationality Act (INA) Title 8 United States Code 1182: Inadmissible aliens and the Centers for Disease Control and Prevention (CDC) Title 42 U.S.C. 265 – Suspension of entries and imports from designated places to prevent spread of communicable diseases, as these provisions have overridden existing immigrant protections, including the right to apply to asylum and other reliefs. The invocation of these provisions prohibits border entry without proof of being non-contagious. The order cut border apprehensions by half between March and April 2020 and asylum applications dropped because the few who arrived in the U.S were expelled. As the pandemic continues to be a global threat, narratives emphasizing border protection to ensure public health continue to dominate immigration policy.

Yet immigration flows during the early months of 2021 have increased during the pandemic despite these provisions. The total number of enforcement actions carried out by the U.S. Customs and Border Protection (CBP) that includes apprehensions and arrests of immigrants found figures on those inadmissible to enter the U.S. are on track to be the highest in more than a decade. CBP data for Fiscal Years (FY) 2017 to 2021 indicate that enforcement actions more than doubled from FY17 to FY19 (from 526,901 to 1,148,024). Figures almost halved by FY20 (to 646,822), but FY21 figures are likely to surpass FY20 levels as enforcement actions totaled 871,459 from October 1, 2020 to April 30, 2021. Removal orders from the U.S. border and interior are expected to continue through various custom enforcement procedures.

Soon after taking office, the Biden administration suspended the Zero Tolerance policy and issued an Executive Order focused on family reunification. The administration also suspended the MPP, although the policy’s legacy continues to result in an increase of ICE raids and deportation. Biden has issued 40+ Executive Orders thus far in 2021, including one to establish a comprehensive regional framework to address the causes of migration. At the same time, the 117th United States Congress has introduced hundreds of bills to address critical immigrant issues. The administration has also announced its intent to direct $4 billion over four years in assistance to the Northern Triangle region to address the root causes of migration. Whether Congress will provide that funding remains to be seen.

While the root causes of Northern Triangle migration persist, overall U.S. foreign assistance to Latin America and the Caribbean remained relatively stable during FY16 and FY20, fluctuating around $1.7 billion. A policy priority for the administration is refocusing regional diplomacy in a strategic effort to address these root causes. As a result, most U.S. government funding opportunities, whether global health, economic development, or security focused, are expected to emphasize reducing irregular migration. Continuing USAID investments including the Community Roots project in Guatemala and Sembrando Esperanza in Honduras, and the 2020-2025 Country Development Cooperation Strategy in El Salvador, will further define and operationalize U.S. foreign policy with regard to migration. Addressing climate change to prevent further migration; reducing impunity by bolstering rule of law; promoting human rights, strengthening government institutions; tackling corruption by ensuring transparency; and fortifying political representation though the principles of democracy are critical pieces of a successful strategy. Reducing irregular migration requires improving economic opportunities, enhancing citizen security, and sustaining community resilience. To these ends, the following recommendations are crucial:

Build security capacity and strengthen the rule of law. Citizen security is a persistent concern in the Northern Triangle. Crime and violence prevention programs by both USAID and the Bureau of International Narcotics and Law Enforcement have proven effective, though sustaining these advances has been especially challenging. The institutional capacity of national police forces, public ministry offices, courts systems, and correctional facilities has improved but there is a need for continued investments as well as diplomatic pressure to further these gains.

Establish new and take advantage of existing legal migration pathways. Revisit opportunities for H-2A (agricultural) and address the statutory annual caps for H-2B (non-agricultural) worker visas in the United States. Explore whether the Mexico border worker visitor program could be expanded or replicated in other countries.

Focus on reintegrating deportees. The greatest predictor of irregular migration attempts is based on prior individual and family history of attempts. Targeted interventions towards reintegrating returnees is needed, especially with young adults and youth at risk. Deportation involves trauma, family separation, and welfare/asset losses. 81 percent of Guatemalan deportees were separated from family members in the United States and at least one in five left children behind. Given the significant challenges of social and economic reintegration following repatriation, it is not surprising that 37 percent expressed an intent to remigrate within a year. U.S. interventions must focus on strengthening efforts to reintegrate these individuals who have already shown a willingness to migrate.

Better understand the “stay factors”. Many Northern Triangle households decide to migrate, but others decide to stay. Investments are needed in strategies designed to strengthen community resiliency and support programs such as those strengthening community ties and social bonds in sending communities, and those adopting ethnically sensitive and gendered approaches. Women make up half of the population yet they are overrepresented among remittance recipients. How can this knowledge be harnessed and utilized to address irregular migration? Domestic programs in the Northern Triangle could harness remittances and partner with the U.S.-based diaspora to address irregular migration.

Support migration research. Many aspects of the Northern Triangle migration are poorly understood. U.S. investments must be directed towards high quality research with rigorous methods. Early caravan detection and migration propensity studies could be considered. Complex panel studies involving immigrant families in the United States and abroad can be used to inform migration policy and intervention strategies. An increase in regional funding to address irregular migration has been promised but it is important to understand which interventions are effective. Rigorous control studies are needed to help identify the specific components of successful interventions.

Wayne J. Pitts is a research criminologist in the Division of Applied Justice Research at RTI International. He is the Project Director for the Model Police Precinct (MPP) project, funded by the United States Department of State, Bureau of International Narcotics and Law Enforcement (INL), in Honduras and he was co-Principal Investigator for the Guatemala Longitudinal Deportation Study. Pitts’ research interests include international criminology, especially in Latin America; transnational migration; human trafficking; and community trust and police legitimacy.