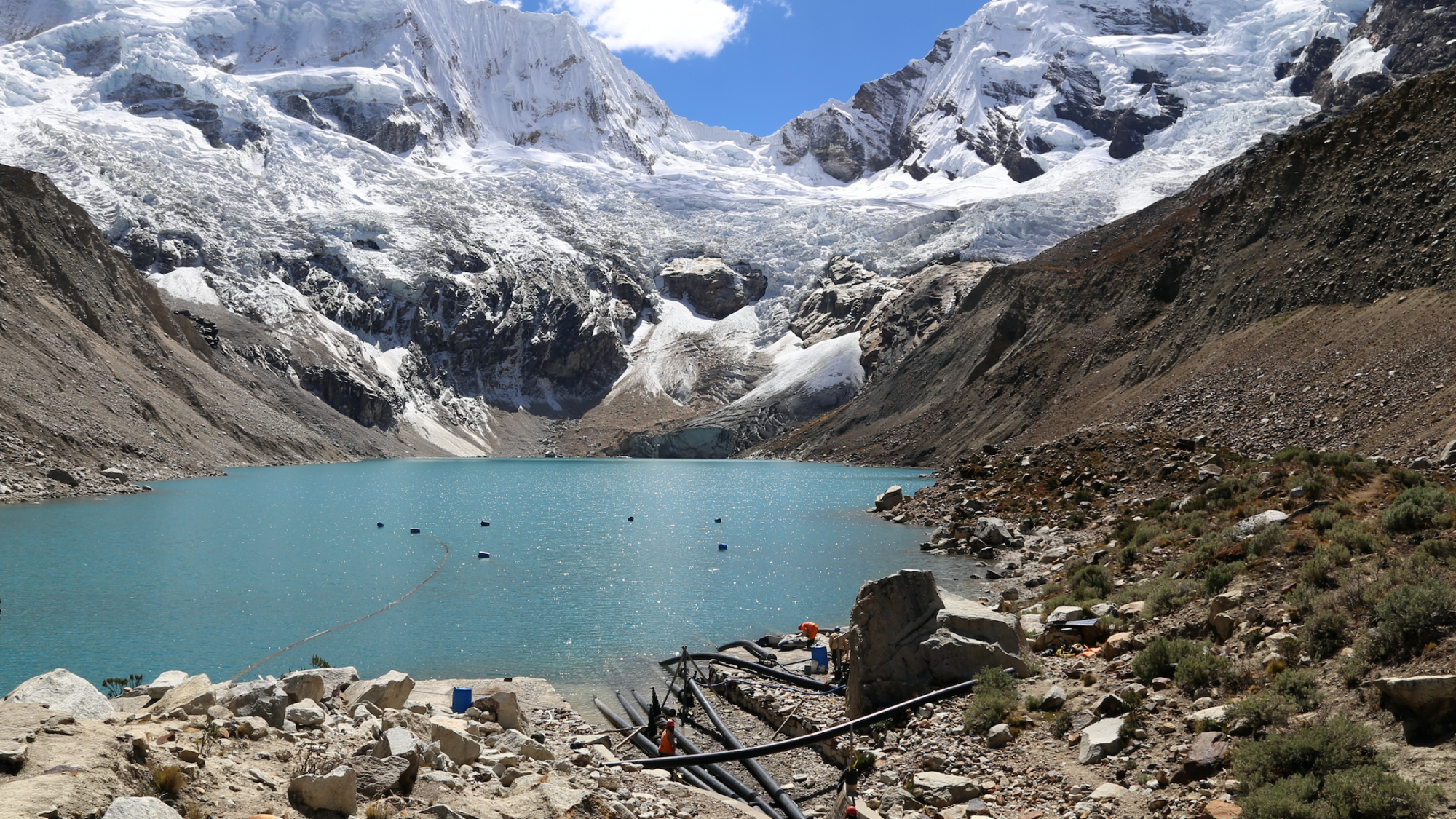 Mountains have become hotspots for energy and water resources and transboundary commerce, flashpoints for increasing environmental risks and conflicts, and regions needing transborder collaborative management. In particular, with global climate change impacts, there is a turn toward hydropower as a source of non-carbon-based renewable energy. As hazards shift with climate change, management approaches on mountain development must also adapt.

What you don’t know about mountain hazards may kill you. Accurate hazard mapping and assessment can avoid overly risky construction, thereby saving lives and minimizing fruitless investment. Most types of hazards are understood enough to provide geotechnical guidance on reasonably safe construction methods or to discern localities that are too risky for development. Varying hazard, risk, and ecological values also compete while determining whether an area should be conserved or developed. Greater knowledge of the role that climate change plays in mountain hazards is needed to inform policy makers and investors launching development projects.

Important infrastructure such as highways, pipelines, and hydropower face challenges from mountain hazards, becoming matters of international concern. For example, in 2010 a landslide blocked the Hunza River in a Pakistan-administered part of Kashmir’s Karakoram Mountains, forming a lake over twenty-two kilometers long and destroying a segment of the Karakoram Highway linking China and Pakistan. The lake did not burst, but it halted bilateral land commerce for several years, including disrupting the China-Pakistan Economic Corridor.

An understanding of some types of hazards is still developing, as is the characterization of multi-step mountain hazard process chains, where one process triggers another in sequence. For example, a recently discovered hazard involves glaciers occurring on fine-grained, partly frozen permafrost rocks and soils. Entire glaciers can rapidly slide off their mostly frozen beds when meltwater accumulates, producing immense ice avalanches. This glacier detachment process is promoted by climate warming or excessive rainfall.  Many similar events were presaged by satellite-observed changes, thus opening a possible approach for hazard early warning.

Another newly recognized kind of hazard is self-liquifying detachments of small hanging glaciers and collapsing rock. On February 7, 2021, 27 million cubic meters of rock and glacier ice collapsed from a steep Himalayan slope and crashed into the Ronti Gad river in Uttarakhand, India. The rock to ice volume ratio (~80:20) and the vertical drop caused most of the ice to melt. Over 200 people were killed, 190 of whom were workers at two hydropower projects, the 520 MW Tapovan Vishnugad and 13.2 MW Rishiganga. Both facilities were destroyed, incurring direct economic losses exceeding $200 million. For four years, there had been large, unnoticed precursory rock motions at the source of the disastrous failure. Furthermore, the valley had experienced two giant, notably hazardous glacier ice avalanches five years and about twenty years earlier; those, too, went unobserved until after a disaster had struck.

Failures to Recognize and Mitigate Hazards

Rampant, hasty mountain development often has not accounted for hazards, the impacts of climate change, the risks to people and infrastructure, or for local ecological and cultural values. The recent flood in Uttarakhand serves as a poignant example of hazard risks and should be a red flag against unchecked development. Despite the warnings of varied hazards by villagers and environmentalists, hydropower projects seeming to flout existing environmental laws and norms were built without adequate Early Warning Systems (EWS). Other Himalayan hydropower projects also have been damaged in recent disasters. For example, the 45 MW Upper Bhote Koshi project in Nepal took three major hits in under two years: first by a flood from a landslide that dammed a river and flooded the power plant, then by landslides and rockfalls from an earthquake, and then by a Glacier Lake Outburst Flood (GLOF)—each destroying key parts of the system.

Climate change links to hazards or disasters are often suspected, but are harder to prove than the process chains of physical mass movements and their direct causations. Climate science distinguishes “detection” from “attribution.”  Detection studies give an assessed probability that climate change is happening and that observed changes exceed natural variability. Climate change has been detected globally and is statistically different from climatic “noise.”  However, detection of climate change does not imply causation. For this, attribution studies are needed to assess the existence and significance of the causes of climate change, such as accumulation of greenhouse gases or a large volcanic eruption. Detection and attribution of climate change demonstrate the reality of anthropogenic impacts on climate and offer a basis to predict future hazards, inform mountain development planning, and motivate cooperation on trade, disaster response, and resources. Attribution also builds public recognition of the problems and ultimately can focus policy makers on what can be changed.

The same concepts of detection and attribution can be applied to landslides, ice avalanches, and GLOFs. In some well-studied regions, detection and attribution have indicated that statistically, climate change and extreme weather are partly the cause of increasing activity of some kinds of hazards. In the case of landslides, many theoretical studies find that climate change should spur more landslides, but many observational studies are inconclusive, as anthropogenic drivers may dominate in some regions. In Kyrgyzstan, snow melt and rainfall triggers have been connected to specific landslides. In South and Central Asia, declining glacier area recently has been associated with increasing landslide area, a trend that should continue. Deadly landslides in Brazil have been connected to extreme rainfalls, which climate models indicate are increasing.

Detection and attribution are best done statistically on large populations of hazard events, but can also be designed for individual hazards. For example, a recent study concludes that the climate in Cordillera Blanca, Peru has warmed approximately 1° C  since 1880 (detection), with a 95 percent probability that more than 0.85° C of this warming is anthropogenic (attribution). There is over 99 percent probability that anthropogenic warming drives glacier recession. Furthermore, glacier recession connects with lake development and GLOF potential. Palcacocha (the source lake of the 1941 disaster), like many glacial lakes, grew concurrently with glacier thinning and recession. Hence, detection and attribution have connected some types of disasters to climate change.

Responding to and Learning from Disasters

Hazard and risk studies may generate powerful societal benefits, but only if individuals, governments, and industry use the science-based evidence and participate in solution finding and implementation. Because it is difficult to explicitly prove causation between climate change and specific extreme weather events or disasters, which usually have a short-term trigger, it can be difficult to muster the needed political will to establish EWSs and mitigate future disasters. The disaster-rebuild-repeat cycle is seen almost the world over, where rebuilding and repetition is reinforced either by financial incentives, such as through insurance, or by societal pressures, or simply by a lack of alternatives. Recently, the push for hydropower has resulted in environmental conservation and safety taking a backseat in many countries, even in regions with exceptional biodiversity and prolific environmental conservation histories. With disasters revealing the downside of hasty development, the tension between conservation and development is again mounting in the Himalaya, the Andes, and elsewhere. Compounding this, rapidly rebuilding the same as what was destroyed by disaster is often viewed as a mark of resilience, whereas true resilience requires building back better.

Disasters will mount as vulnerable populations and infrastructure increase, climate change accrues, and hazards shift geographically. In some places, severe natural hazards are so recurrent that development should not happen, and environmental conservation is wiser. Elsewhere, ecological, natural resource, and traditional values all compete.

Hydropower and reservoirs are key to the energy future and water security of mountain regions and the broader world, with pumped storage especially promising, alongside improved water use efficiency and water sharing. To facilitate improved water management, internationally coordinated transboundary hazard assessment and management is necessary. Citizens, governments, and corporations should insist on and adhere to improved environmental impact assessments as the world prepares for a changing climate and increasing use of non-carbon energy such as hydropower. Hazard mitigation requires improved engineering and risk avoidance, and adaptation requires improved hazard early warning.

Investment to develop more efficient, synoptic systems is needed to improve current EWSs. For example, a seismicity-based EWS could detect, locate, and diagnose the rumblings of rock-ice avalanches or GLOFs in minutes. Separately, modern satellites have a heightened capacity, unavailable five to ten years ago, to reveal significant Earth changes before and after events. Satellite-based EWS may detect slow precursory motions of rock and ice that presage mass movements or outburst floods. Real-time linkage of seismic and satellite EWSs might be possible across broad regions. Conceptually and technically, it is feasible, but the system would require access to existing commercial satellite imaging, massive image and seismic data processing, installation of seismic networks, and a dedicated flow of supporting funds. Given the stakes, the investment would be a bargain. Federal agencies such as the Department of Energy and NASA, alongside international forums such as the World Bank and the United Nations Development Program, along with sustained political will, are central to supporting such goals.

Communities that face a history of major recurring hazard and disaster activity can pursue various approaches of Ecosystem-Based Disaster Risk Reduction, which includes both conservation and promotion of sustainable livelihoods. In areas of intractably high and rising disaster risk, managed retreat and expanded conservation may be wise. Regions where selective hazards-wary development is implemented in some areas and perhaps prohibited in others may lose some short-term economic productivity, but they will gain safer communities and a more secure economy in the long term and simultaneously participate in the conservation of the world’s natural heritage.

Governments, local communities, scientists, and development interests must hear one another. In the case of existing treaties, the focus should be on adherence and cooperation. The changing montage of mountain hazards requires fresh approaches for safer development balanced by conservation; better environmental impact statements and responsible permitting of development; advanced engineering, hazard mitigation and early warning; informed aid agency priorities and more secure investments; and improved transparency and accountability.

Jeffrey Kargel (USA, jkargel@psi.edu) is a Senior Scientist at the Planetary Science Institute, where he studies the world’s glaciers.

Kavita Upadhyay (INDIA, kavita.dineshagnee@gmail.com) is an independent journalist and water resource specialist, and has written about environmental issues in the Himalaya for major news outlets such as The Hindu and The Indian Express; she is a graduate in Water Science, Policy, and Management from Oxford University.

Adriana Gabriela Mayo Ramos (PERU, adrianamayoramos@gmail.com) is an independent journalist, specializing in environmental and social-cultural issues; she has written for major news outlets, including La República.

Amanda Maxwell (USA, amaxwell@nrdc.org) has a background in history, Spanish, international politics, and economics; she is the Interim Managing Director of International Programs at the Natural Resources Defense Council, specializing in clean energy, wildlife, and wildlands throughout Latin America.

Stephan Harrison (UK, Stephan.Harrison@exeter.ac.uk) is a Professor of Climate and Environmental Change at the University of Exeter, where he undertakes landscape change detection, characterization, and attribution.

Dan H. Shugar (CANADA, daniel.shugar@ucalgary.ca) is an Associate Professor of Geoscience and the Director of the Environmental Science Program at the University of Calgary.

Umesh Haritashya (USA, uharitashya1@udayton.edu) is a Professor in the Department of Geology and Environmental Geosciences at the University of Dayton, specializing in remote sensing of mountain processes; he holds the Mann endowed chair in the natural sciences working on science and human rights and sustainability.