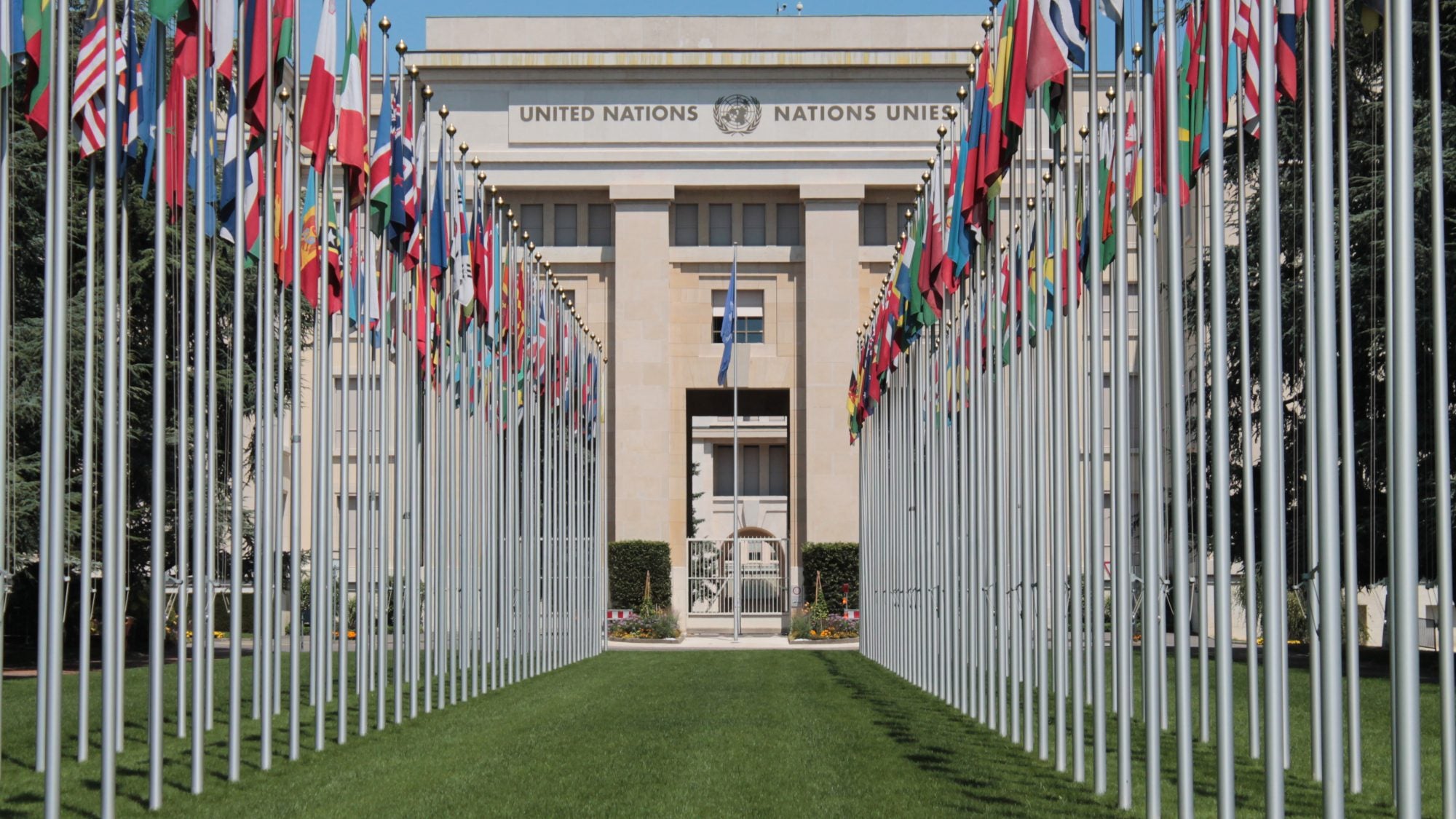 Title: The Art of Peace

The arts has become a central facet of peace-building and transitional justice, and this trend has seen international organizations, like the United Nations, draw attention to the importance of ‘culture’ in addressing the legacies of past violence and a rapid expansion of large-scale research projects that look to understand the role of the arts, or aesthetics, in the organization and production of the international domain. Research and practice has examined the arts from a range of perspectives and mediums, including comics, war art, film, archives and participatory arts.  The following paragraphs reflect on this explosion of activity. First, this article considers what the arts adds to the peace-building mix, focusing on the emancipatory potential of the arts as a (positively) disruptive form of post-conflict intervention. Second, it considers some challenges faced in this cultural turn, including the tokenistic use of arts and, more fundamentally, a lack of understanding of what the arts do as peace-building interventions.

The Arts as Disruptive Peacebuilding

The allure of the arts as a site of peace-building comes in many forms. For many, the arts offers a way to engage with the questions of memory and narrative that dominate post-conflict transitions. For others, it is seen as an opportunity to free up space for different voices to be heard, or as a form of therapy. In the context of this article, however, I focus on the ability of the arts to offer a new perspective on what constitutes peace and how it can be achieved.[1]

In a pivotal article on aesthetic international relations (IR), Roland Bleiker urged academics not to view aesthetics as a mimetic practice, but rather as a form of engagement and a way of seeing that pushes forward and highlights different aspects of the social world and thus opens up different ways of intervening in it. As Alex Danchev argued, “Contrary to popular belief, it is given to artists, not politicians, to create a new world order.” As such, one of the values of the arts is that they can offer a different perspective on what we mean by peace, and what problems need to be addressed as a result.

An example of this comes from the project Art and Reconciliation, which commissioned a series of artworks in the Western Balkans to explore the role of arts in post-conflict societies. One of the works produced, MWRL 100mm by Mladen Miljanović, looked to transform both a weapon of war, a rocket launcher, and a heavily militarized space of a former army barracks in Banja Luka, located in Republika Srpska, Bosnia Herzegovina, into a space of peace and reconciliation. Miljanović did this by constructing a replica rocket launcher out of materials found in the barracks, which in their new form would pump out water instead of rockets and nurture a new botanical garden within the grounds of the barracks. His work looked both to not only disrupt the spatial and corporeal relations that underpinned wartime Banja Luka, but also to contest transitional justice’s focus on rebuilding human-to-human relationships, instead emphasizing the need for a form of spatial reconciliation.

Another value of the use of the arts from this perspective, perhaps best captured in the work of Lederarch, is to see the arts as offering up a different approach to peace-building practice more fundamentally. Here, the arts’ emphasis on risk, non-linearity, and openness can be taken as principles to be applied more generally to peace-building. The growth of participatory arts (PA) in peace-building and development is a good example of this. PA taps into the broader participatory development approach, which pushes back against the top-down, highly institutionalized, and remote forms of peace-building and development that dominate international affairs, instead offering agency and voice to project participants. This emphasis on participation occurs at every level of intervention, from analyzing the nature of the problem to generating an understanding of the solution and implementation. This approach, in turn, focuses on both producing interventions which are more effective because of their salience within local communities, and interventions which potentially disrupt negative inner-community dynamics by including often excluded voices. The devolution of responsibility and inverting on power-hierarchies also means adhering to the principles of risk, non-linearity, and openness that are highlighted in Lederach’s seminal work.

There are numerous examples of this type of PA work. An exemplary one comes from the project Mobile Arts for Peace (MAPS) in Rwanda. MAPS engaged a range of actors in Rwanda, from students to educational specialists and artists, in an inclusive and participatory manner to assist both in the development and capturing of the “youth voice” in wider society and politics. The project also sought to address the lack of arts and cultural education in schools. It produced not only a clear impact on those young persons that engaged with the project – with participants noting an increased level of confidence in themselves and about the positive role that youth could play in changing society— but also a shift in the national curriculum.

The Challenges and Path Ahead

Whilst the turn to the arts has produced an array of imaginative responses to the problems faced by communities in transition, it has not been without issue. Three issues are highlighted here, which also serve to set a possible future agenda of research and practice.

The first challenge is the lack of understanding of the impact of the arts in post-conflict contexts, which emerges in several ways. One is that there has been an over-emphasis on understanding the hermeneutics of the image within research and not enough on thinking about what the arts do. That is, more focus has been placed on the potential of the arts to reimagine than has on what social, political, cultural, and economic impacts arts-based these interventions have. This is particularly important as evidence from Art and Reconciliation, discussed above, suggests that often the disruptive message imbedded in the artwork can be jettisoned by the onlooker as the artwork becomes pulled back into the same ethno-nationalist, divisionary, discourses it was intended to oppose. Drawing on Hall’s understanding of encoding and de-coding, it is imperative to understand that the meaning of artwork will always be contested as it enters the social world, which will at times, result in inadvertent consequences.

This leads to a second issue: the question of evaluation, and what remains so often a (perceived, at least) lack of evidence of the impact of arts. Part of the problem here is what can be measured. Given the dynamic and unpredictable nature of arts-based projects, it can be very difficult to produce reliable data on the impact that they have; arguably, part of the reason why the arts haven’t become even more mainstream (and often only appears in the margins of major peace-building programs) is because in some constituencies there remains an uncertainty about whether the arts have tangible benefits. Whilst, again, a plethora of excellent work has begun to address these questions, more work is needed to understand how we can measure the impact of this work in a way that captures the richness and diversity of this type of engagement.

But this is a two-way street. The search to quantify and constantly assess can also produce a straitjacket which endangers the creativity and dynamism that is inherent to arts-based interventions. This dilemma brings forth the third problem: the depoliticization of these projects as they become institutionalized. There is a real concern that becoming mainstream is not always a good thing. As with the way the potential of participatory development was (perceived to be) weakened when organizations like the World Bank claimed to adopt this type of practice (in reality, doing nothing of the sort), the same can be said for the arts. In the United Kingdom context, whilst working on the new ‘impact agenda’ linked to the Research Excellence Framework assessment, it has become clear to me that turning to the arts has, for some, become a way of superficially boosting claims to engagement and impact that funders demand. This dynamic of institutionalization and the impact that it has on how the arts impact communities, and with what effect, is another area to explore that offers important insight from both an academic and practical perspective.

Recent years have seen an exponential growth in scholarly and practitioner interest in the role that the arts can play in peace-building and transitional justice contexts. This has produced some fascinating, inspiring and thought-provoking interventions.  Yet, there is also a danger the rise of the arts at times lacks a critical, reflexive and empirically driven understanding of what the arts do. Better understanding the impact of the arts is required both to generate more evidence to convince those still skeptical of the arts’ value, but also to ensure that the dynamism, creativity, openness and risk of the arts isn’t being hollowed out through work which either only pays lip-service to the arts, or straitjackets its potential by integrating it into existing models of peace-building practice.  As such, the main call of this article is for scholars and practitioners to continue to probe and question the value of the arts in transitional justice in the search for more critical forms of aesthetic intervention and to help better understand, at a more basic level, what works.

Dr. Henry Redwood is a Lecturer in International Relations at London South Bank University, and a visiting fellow in the Department of War Studies, King’s College London. His research examines the formation of communities after mass atrocity, and is particularly interested in the role that archives and the arts play in these processes. His work has been widely published with Review of International Studies, Millennium, Critical Studies on Security, Routledge and has a forthcoming monograph, The Archival Politics of International Courts, with Cambridge University Press.

[1] This article talks about the ‘arts’ in general terms, due to the restrictions of space. There are, of course, important differences to be found both in different artistic mediums, and the ways the arts are deployed, from elite practitioners, to amateurs etc. 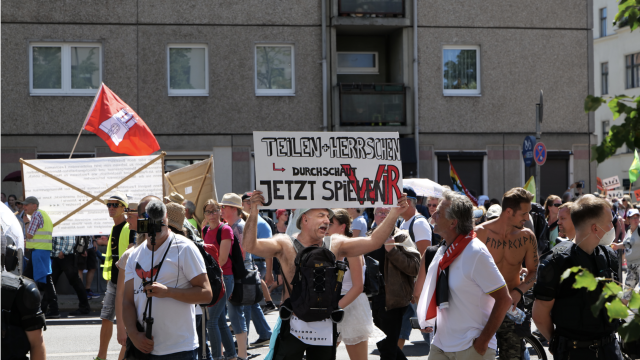 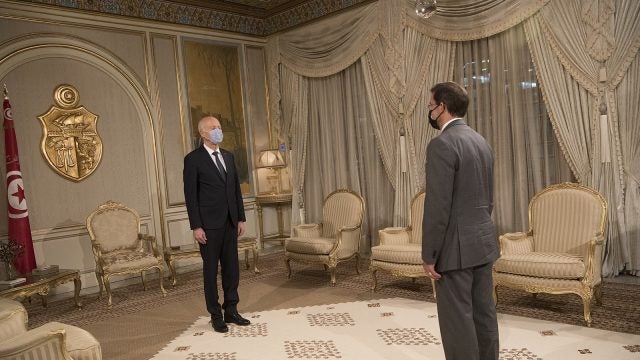 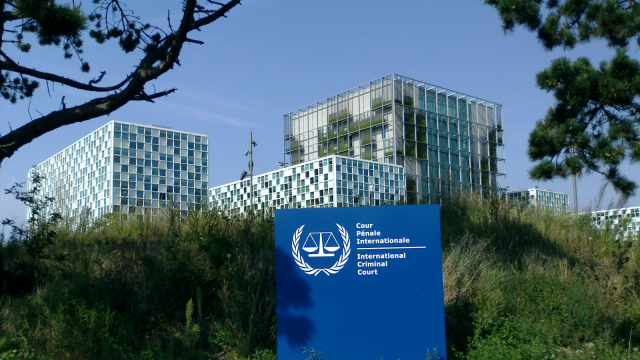