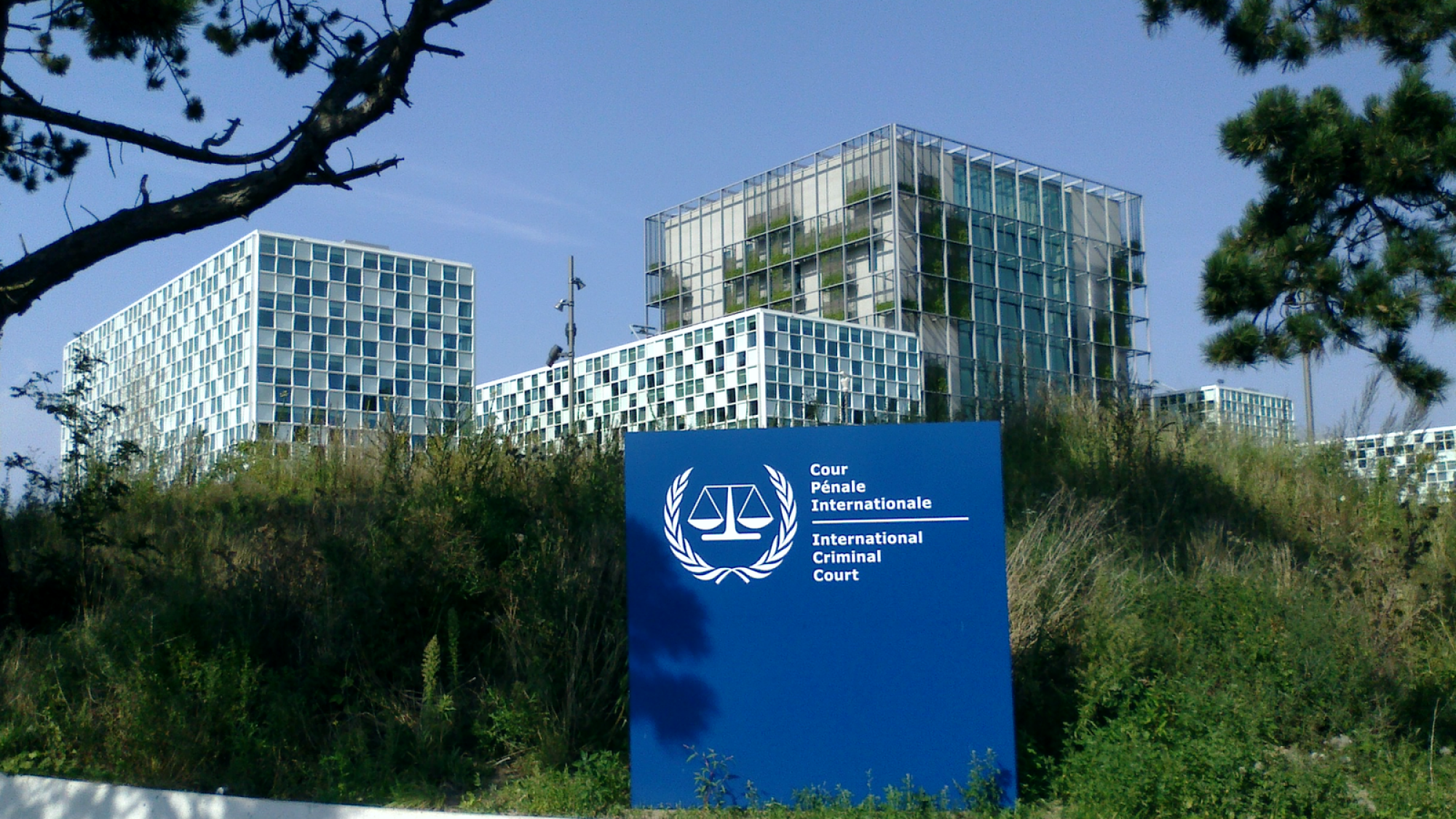 Over the past several decades, criminal accountability has become a central mechanism of transitional justice after mass violence and is seen as an intrinsic component of durable peace. Since the 1990s, international criminal justice has expanded as a field of law and practice, with expansive institution-building encompassing various tribunals, including the United Nations tribunals for the former Yugoslavia (ICTY) and Rwanda (ICTR) and culminating in the creation of the global and permanent ICC in The Hague in 1998.

However, the ICC has not lived up to international stakeholders’ expectations of delivering global justice and fostering peace and reconciliation. Indeed, there are several challenges to the Court’s legitimacy to represent and deliver global justice. For example, the ICC has so far only prosecuted individuals from African conflicts. Part of the explanation is jurisdictional: Africa remains the continent with the highest number of ratified countries, and several of the cases have been referred to the Court by the states themselves as they were not able or willing to genuinely proceed with their own national criminal proceedings–a precondition under the ICC’s admissibility criteria. This primary focus on African conflicts has led to criticism against the ICC for representing neocolonialism and selective justice, being dubbed an “International Caucasian Court.” Moreover, powerful states like the United States, Russia, and China limit the Court’s jurisdictional reach by refraining from joining in order to preserve their sovereignty and avoid supranational interference in their domestic affairs. Nevertheless, the ICC now has jurisdiction over the conflicts in Palestine and Myanmar and crimes committed in Afghanistan by, among others, U.S. troops. The future may therefore also see cases against citizens of these non-member states if the ICC finds sufficient evidence. While this demonstrates that the ICC can act beyond the African continent and even against powerful non-member states that openly defy the Court, it also delivers a whole new array of problems for the ICC to address, including former President Trump placing its Chief Prosecutor under US sanctions.

Partially due to the complex nature of post-conflict criminal cases, the ICC’s proceedings also take many years, causing a discrepancy between this type of slow justice and the more urgent needs of the society concerned about repair, restoration, and peacebuilding. As such, perhaps the most critical challenge to the Court’s legitimacy is its failure to deliver on its promises to end conflict and contribute to the reconciliation and transition of war-torn societies. With these shortcomings in mind, this article reflects on the role of courts as peacebuilders and argues that a holistic approach to transitional justice is needed after mass violence.

Despite the challenges that the ICC faces, the international community’s human rights movements remain strong advocates for the ICC and for international criminal justice.      Human rights non-governmental organizations (NGOs) have been at the forefront of the fight against impunity, with the ICC as the crown of this progressive human rights movement as a tool to enforce human rights, reconciliation, and peacebuilding. Indeed, criminal justice has by now become part of the transitional justice toolbox where laws—or more specifically trials—are seen as playing a key role in fostering the conditions necessary for reconciliation.

It is worth pausing for a moment to consider what this view of criminal justice as part of transitional justice entails. Evidently, it gives criminal trials a much broader meaning beyond adjudicating guilt or innocence. This seems like a burden to carry for a criminal court, which, at the end of the day, is designed around adjudicating crimes rather than building peace and reconciliation. A criminal trial is concerned with individual accountability and culpability, not with the structural and societal conditions that enable, facilitate, or even cause conflict and mass violence to occur. International criminal trials are not a panacea for reconciliation, and transitional justice and accountability through criminal trials alone cannot fully deliver on the needs of a repairing society.

Rather, societies recovering from mass violence may need to pursue  several or all types of transitional justice mechanisms. The five categories under which transitional justice mechanisms can be grouped include: accountability (and not solely criminal accountability), truth-finding and acknowledgement of the truth, reconciliation, reparations, and institutional reform. Criminal trials by themselves are usually unable to address the more complex reality of the conflict’s consequences and post-conflict transition entirely. Yet, without them, transitional justice also tends to miss a crucial component for justice. Therefore, a sensible transitional justice strategy may incorporate a holistic approach that combines elements of several or all of these categories of mechanisms, depending on the specific situation at hand and what that society needs. Most strikingly, trials are not able to provide for institutional reform; yet, it is in the institutions and structures of the state and society where root causes to conflict and violence often lie and if unaddressed, can reignite conflict. Moreover, the argumentative language used by parties during trial can reinforce and entrench contestation rather than function in a reconciliatory manner. While truth-seeking focuses on context and systemic circumstances, a criminal trial focuses on how to limit arguments down to what precisely a specific person can be held criminally accountable for. It thereby tends to distort the actual occurrences down to specific charges and actors on the basis of many selection criteria, most particularly that for which there is evidence, often a limiting factor when adjudicating crimes that happened in armed conflict. Trials can and often do incorporate reparations schemes. However, this tends to complicate these trials even further and runs the risk of connecting who gets financial or other types of aid to victims of proven crimes, rather than those who need support to aid in the reconstruction process. All in all, trials are suitable for criminal accountability, but not necessarily for the other aspects that are vital for sustainable peacebuilding.

Thus, in moving forward, there needs to be a more realistic discourse about what the ICC can actually achieve, and how. This requires careful attention by international criminal courts to the delicate balance between representing a break with a conflict-ridden past while not being seen as representing victor’s justice, such as when the winners of wars use trials to judge and punish their enemies while their own violent acts go unpunished. It requires being able to offer an alternative to biased or insufficient national justice while at the same time avoiding becoming too distant from the places and people in whose name justice is sought. It may also entail a reconsideration of prosecution strategies, whereby efforts are made to prosecute both or all sides to a conflict to ensure a multiplicity of narratives rather than only prioritizing the scale and gravity of the crimes. Furthermore, there needs to be further attention to systemic injustices and societal preconditions for violence rather than consolidating narratives of collective guilt and innocence. Given the limitations of criminal accountability for post-conflict peacebuilding and reconciliation, it is important to recognize that accountability through criminal trials alone cannot fully deliver on the transitional justice needs of a repairing society. A holistic transitional justice strategy takes a wider perspective in which criminal accountability and the ICC may play a role—a crucial role even—but not the sole answer to finding justice. Thus, a holistic transitional justice strategy that not only reforms the ICC and other international criminal courts, but also looks beyond them to other critical approaches .    This may include giving more attention to local conceptions and practices of justice, as well as non-punitive strategies of truth-seeking and memorialization.

The first step in a transitional justice process after mass violence should be to try to understand the needs of the various stakeholders. Then, there should be a realistic assessment of practical possibilities and challenges, as well as the objectives and priorities for the transitional justice strategy. Conditions of justice and peace cannot be decided on and delivered by some external reality. An inclusive transitional justice strategy is crucial; it should focus on participation by local civil society actors, including women and minorities that may otherwise be excluded, so that pursuits of justice are shaped by local contexts and priorities. While coalition-building through transnational advocacy networks and human rights organizations has been key to the ICC and the global movement to end impunity, transitional justice for post-conflict settings needs to be bottom-up and locally embedded in order to lay the proper groundwork for reconciliation and peace.

In addition, rather than prioritizing criminal justice above other transitional justice mechanisms or prioritizing international criminal justice above local justice, courts and other mechanisms should be encouraged to cooperate as much as possible. For example, they may share evidence with various transitional justice mechanisms including international investigation initiatives. Moreover, they may leverage their political capital to get the necessary international or grassroots cooperation in entrenched conflicts and situations. In this, the ICC can function as an institution to offer expert advice and technical assistance.

Above all, the ICC, the international community, and national authorities all need to be more attentive to local voices and conceptions of justice beyond that of criminal justice. This kind of approach is not only more realistically able to support sustainable peacebuilding, but also allows the ICC and other courts to do what they are able to do, rather than being criticized for not doing what they simply cannot.

Dr. Kjersti Lohne is a postdoctoral researcher at the University of Oslo. She has written extensively on international criminal justice, human rights, and global violence, and is the author of Advocates of Humanity: Human Rights NGOs in International Criminal Justice (Oxford University Press, 2019).

Dr. Marieke de Hoon is an assistant professor at the Vrije Universiteit in Amsterdam and senior counsel and director of the Netherlands’ Office at the Public International Law & Policy Group. She specializes in international criminal justice, the crime of aggression, human rights and transitional justice. 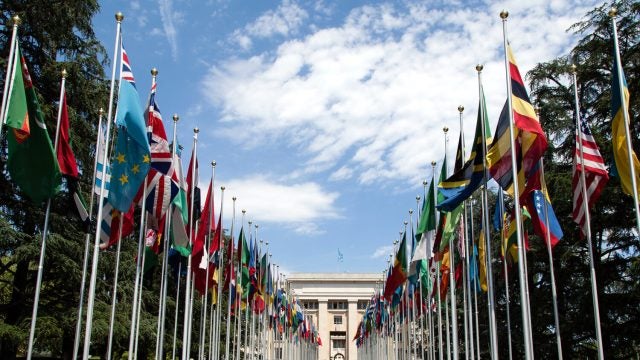 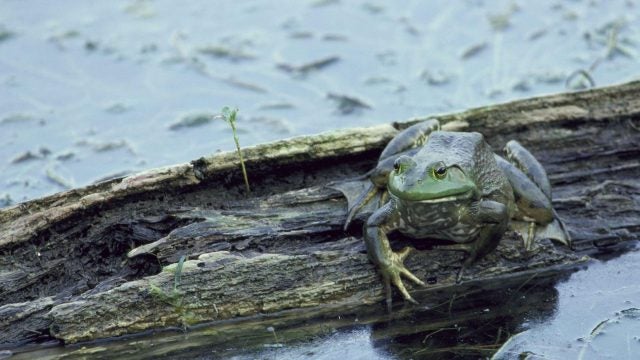 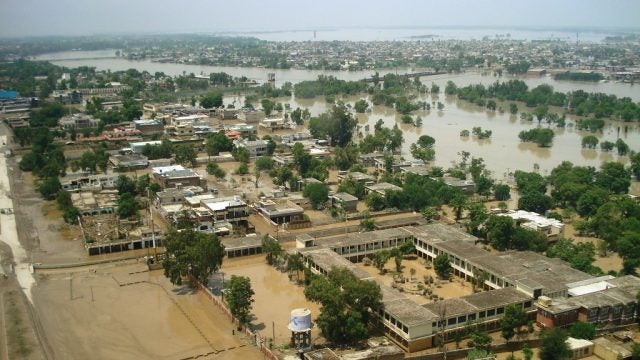