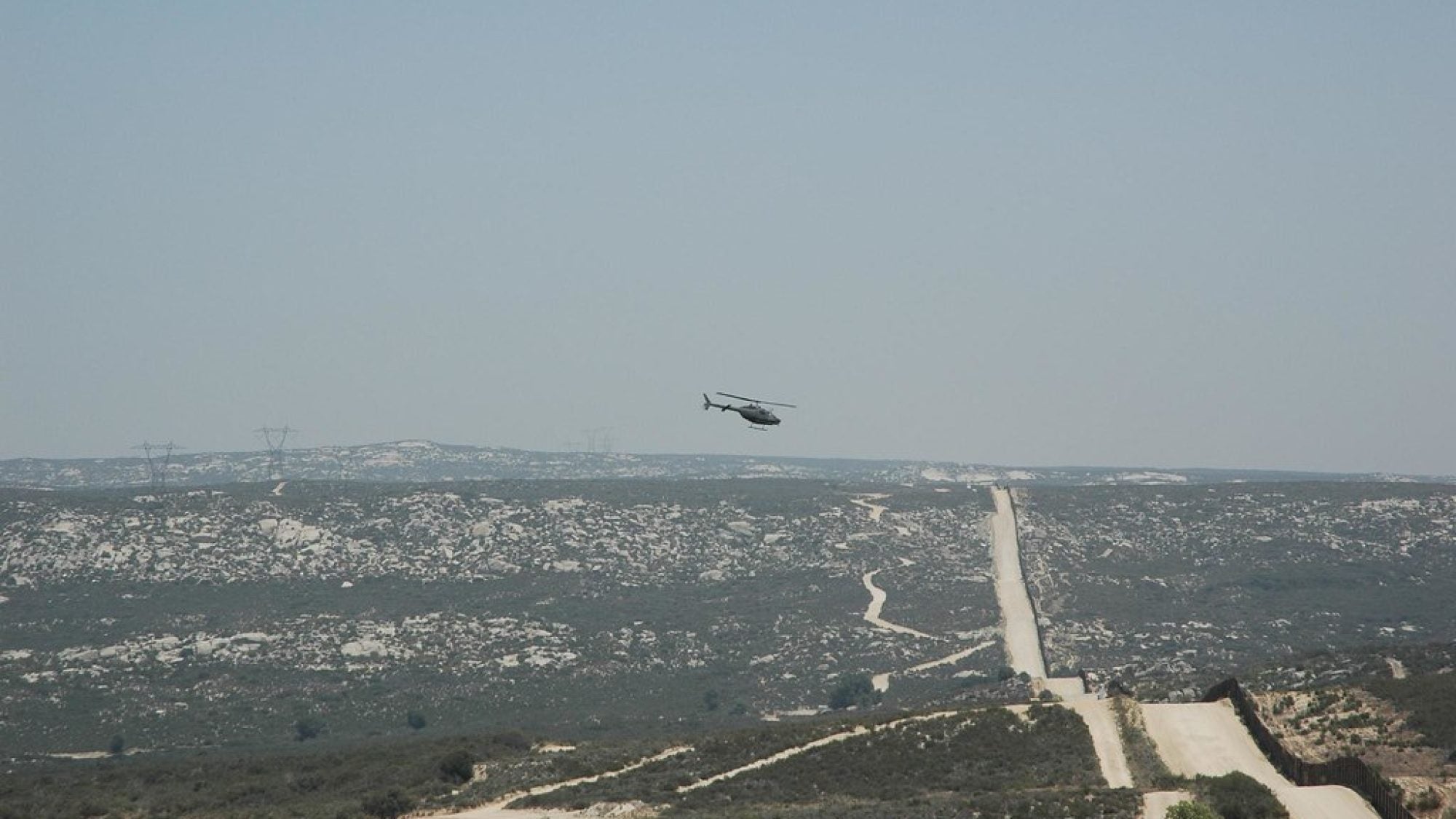 During the past five years, lesbian, gay, bisexual, and transgender (LGBT) migrants and asylum seekers coming to the southern US border have faced an unprecedented onslaught of restrictive immigration reforms, leaving them further marginalized and vulnerable to violence and murder. As the Biden-Harris administration considers new immigration policies and protocols, this article argues it is critical to place LGBT migrants and refugees at the center of immigration policy.

On January 25, 2019, the United States Department of Homeland Security (DHS) announced its implementation of the Migrant Protection Protocols (MPP), also known as the “Remain in Mexico” program. The policy allowed US border officers to force non-Mexican asylum seekers at the US–Mexico border to remain in Mexico while their asylum claims were being processed. As a result of the MMP, more than 71,000 asylum cases were filed from Mexico between January 2019 to January 2021. Additionally, as of May 2021, only 671 claimants had been given asylum, an approval rate of 1.5 percent. This is in stark contrast to the approval rate of 40 percent in 2017. The implementation of the MMP has created a refugee crisis in Mexican border cities which were not equipped to house, feed, and protect tens of thousands of refugees. Those waiting in Mexico were given little to no access to legal assistance and limited information about when to appear for their asylum hearings.

On January 20, 2021, the Biden administration announced the suspension of new enrollments in the MPP. However, the US Supreme Court denied President Biden’s bid to rescind the MPP on August 24, 2021 and is upholding a Texas lower court ruling to revive the program. The battle over the MPP is yet to be decided, and it is unclear how the Biden administration will address the needs of those claiming asylum.

The MPP is just one of many immigration policies that have significantly impacted asylum seekers coming from Central and South America. Other acts meant to stop migrants from making successful asylum claims include limiting the daily processing of asylum seekers at the US–Mexico border (through metering), making people claim asylum in Mexico or rejecting their claims because they transited through Mexico (through safe third country and asylum transit bans), separating children from family members and detaining them, and forcing prolonged stays at detention centers managed by US Border Patrol.

These policies, coupled with the rising number of migrants at the southern US border since Biden’s inauguration, create a matrix of state surveillance and border control that consistently violates Central and South American migrants’ human rights. This has led to more instability and increasing negative consequences for those fleeing persecution. Sexual and gender minorities coming from Central and South America bear the brunt of this fractured immigration system, experiencing unprecedented amounts of violence and abuse. These minorities therefore must be put at the center of immigration policies and politics.

Migrants from Central and South America represent most of the sexual and gender minorities who apply for in-land and port of entry asylum claims in the United States. More than half of LGBT asylum seekers come from the Northern Triangle region of Central America: El Salvador, Honduras, and Guatemala. Individuals escaping from these areas have already experienced sexual and physical violence, both in their countries of origin and on their journey to the US border. At the border, they experience compounded discrimination and violence while waiting for their asylum hearings. Lesbians and transgender persons are particularly vulnerable to sexual assault and murder by fellow migrants as well as locals, police, and organized gangs. As a result of constant fear and a fight for survival, those waiting for asylum hearings struggle to prepare their cases.

In the custody of US immigration services, LGBT migrant detainees continue to face critical levels of violence and discrimination. Sexual and gender minorities are 97 times more likely to be assaulted and victimized within detention than other detainees. Many are separated into detention centers by biological sex, and their sexual and gender identity make them vulnerable to assault by fellow detainees as well as US border guards. However, those separated into solitary containment cells are forced to remain isolated without support. Limited or no access to anti-retroviral drugs for detainees with HIV and hormonal replacement therapy for transgender detainees creates further stress, only heightened by discriminatory attitudes and outright hostility by border patrol guards. Unfortunately, these abuses frequently go unreported due to the lack of oversight by outside legal and human rights organizations.

Immigration judges and asylum officers often have preconceived ideas or biases of what it means to be a sexual and/or gender minority. Asylum claimants have been denied on the basis of not appearing “gay enough” and therefore not being “legitimate” LGBT asylum seekers – cases have been thrown out because claimants do not conform to conventional attitudes of what it means to be LGBT. However, these biases are based on Western definitions of sexuality and gender that do not consider the diversity of cultural expressions and experiences that surround sexual orientation and gender identity. Further, sexual and gender identity claims are treated as suspicious by asylum officers and immigration courts: they are seen as being fabricated in order for the claimant to achieve an “easier” or faster pass to immigration. This creates a situation where LGBT asylum seekers frequently feel obliged to reveal the most private and intimate parts of their lives to US authority figures in hopes of being convincing enough. This and the compounding layers of trauma make it difficult for LGBT asylum seekers to successfully advocate for themselves and convince an asylum officer or immigration judge that their claim for asylum is credible and warranted. Yet, for many LGBT asylum seekers, being sent back to their country of origin after a rejected asylum claim is essentially a death sentence.

The past five years have had irreversible and devastating effects on asylum seekers coming from Central and South America. While it is important to focus on recent policy changes in immigration, many of the issues impacting sexual and gender minority asylum seekers have deep roots in US immigration policy. The underlying heteronormativity and cisnormativity structuring US asylum and immigration processes erase LGBT migrants’ unique needs and concerns. Our current immigration and asylum system does not take into account the gendered and sexualized persecution that LGBT asylum seekers experience. In order to connect LGBT migrants to local support and legal organizations, it is critical to provide them with more resources, especially greater access to legal consultation earlier in the process to support claimants’ case preparation. It is also important to train border patrol and intake asylum officers to better identify and work with marginalized migrants who might be too fearful to share their experiences and sexual orientation/gender identity.

Comprehensive immigration and asylum reform is needed more than ever. However, as we move forward, we must center the most marginalized in immigration reform. The MPP is just one policy example that leaves many LGBT migrants and asylum seekers vulnerable to violence at the border and within detention centers. Expanding the definition of persecution to include cases where a person must hide their sexual and gender identity out of fear of violence, as it is in Canada, would be an important first step in dismantling institutionalized heteronormativity and cisnormativity. Additionally, having immigration officials and border patrol officers recognize queer families and non-biologically related queer parents as legitimate family members and guardians in child reunification procedures would keep families together, while advocating for the rights of other non-heteronormative families. Importantly, addressing LGBT migrants’ and asylum seekers’ needs in immigration reform will benefit not only sexual and gender minorities but also other marginalized groups, such as parents with children, Indigenous and ethnic minorities, sex workers, and victims of domestic violence.

Dr. Katherine Fobear (she/her) is an Assistant Professor in Women’s, Gender, and Sexuality Studies at California State University, Fresno. Her work focuses on the intersections of gender, race, and sexuality in US immigration and settlement, especially as they relate to sexual and gender minority asylum seekers in the US and Canada. She has worked with Rainbow Refugee—a Canadian-based nonprofit organization supporting sexual and gender minority asylum seekers—and serves as an Expert Witness in LGBTQ asylum cases in the United States. Her work has appeared in Refuge, Studies in Social Justice, Women’s Studies International Forum, Peace Studies Journal, International Journal of Human Rights, and Journal of Human Rights Practice. She is currently working on recording LGBTQI immigrant and undocumented experiences of Covid-19 in the Central Valley of California.