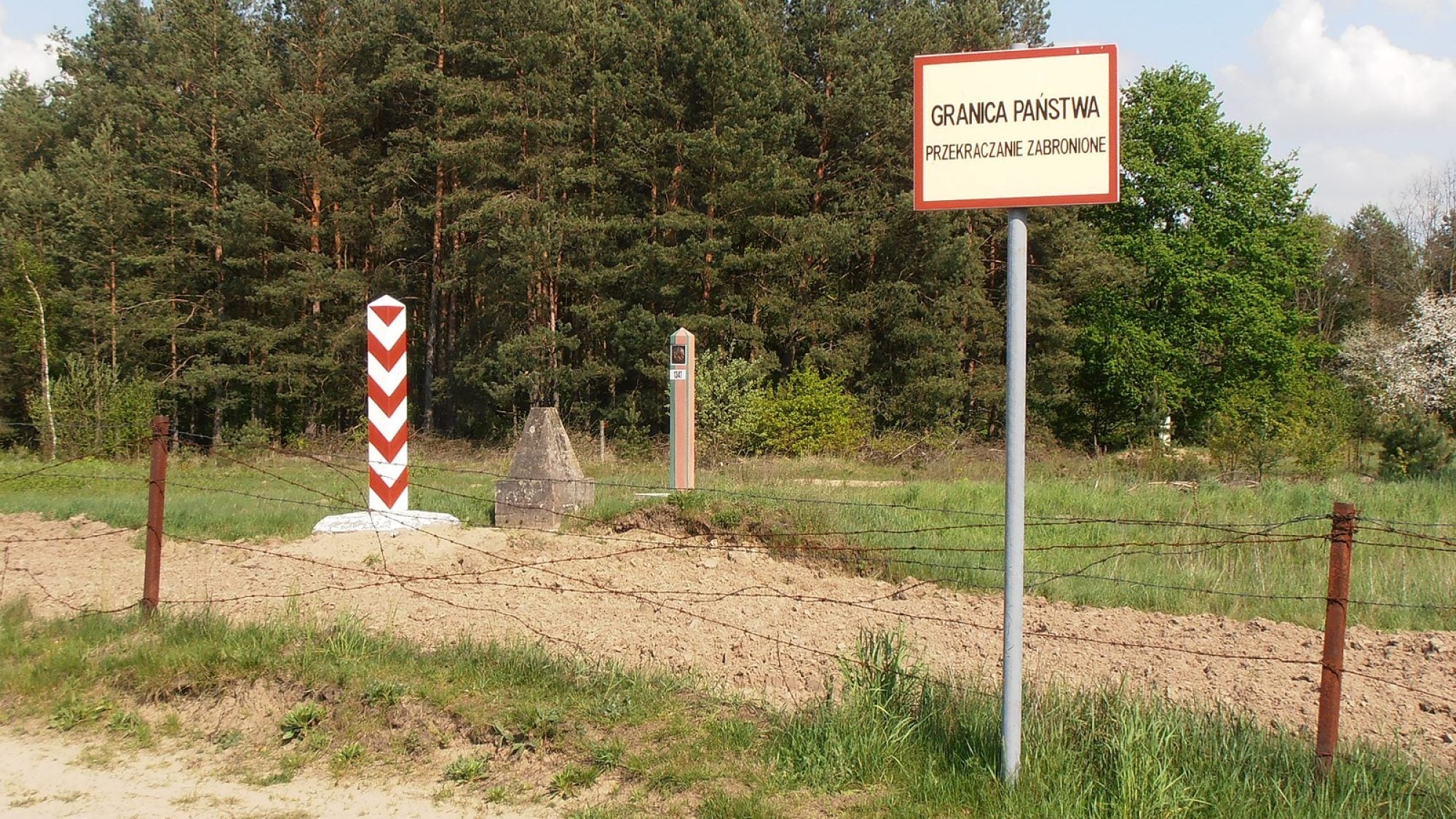 Title: Why is There a Humanitarian Crisis at the Polish-Belarusian Border?

The political provocation orchestrated by the Lukashenko regime in retaliation for European support of his political opponents following the 2020 election has fallen on fertile Polish soil. Migrants and asylum seekers, often in a state of hypothermia and dehydration, are pushed across the Polish-Belarussian border in a deadly game of ping-pong. Their applications for asylum are repeatedly ignored. Poland has trapped itself in a full-blown humanitarian crisis event though the solution is entirely within the country’s reach.

A mother, father, and four young children fleeing Iraq were found by Polish human rights activists on the night of October 10, 2021, in a forest near the Polish-Belarusian border. The outside temperature was close to zero degrees Celsius. The video posted by Polish independent media outlet Oko Press documents how activists helped the family obtain food and warm clothing, confirmed the family’s intention to claim asylum in Poland, agreed to legally represent all six people, and collected official powers of attorney. The Polish Border Guard arrived shortly afterwards and took the family away. They pledged to transfer the family to their unit in Mielnik and start the asylum procedure. Unfortunately, whether this promise will be kept is an open question, as many other families with children that attempted to cross the border have been pushed back to Belarus, in what may develop into Poland’s worst humanitarian crisis since its democratic transition in 1989. Although Poland has all the legal tools and practical infrastructure to solve this migration challenge within a month, the government chooses to preserve this status quo for political reasons and at the cost of human lives.

Migration as a Bargaining Chip

Since August 2021 there have been around 10,000 attempted crossings of the Polish-Belarusian border (many of them were repeat attempts as reported by the Polish Border Guard), which has resulted in thirteen deaths to date, including two children. This ongoing influx of migrants is orchestrated by the Belarusian dictator Aleksandr Lukashenko. His regime uses migration to put pressure on the European Union (EU) and to retaliate for the wide European support of his political opponents in the aftermath of the 2020 elections in Belarus. Belarusian visas are sought after by Kurds, Iraqis, Afghans, Syrians, and Yemenis trying to flee their home countries. After migrants arrive in Belarus, and shortly before the expiry of their tourist visas, they are pushed across the Polish border, often using a display of military force including armed vehicles and firearms. Kamil Kłysiński, Senior Fellow at the Centre for Eastern Studies, has argued that this represents state-sponsored organized people smuggling. Belarusian media have reported that as of October 17, 2021, Belarus has extended its visa-free travel to citizens of several new countries, including Egypt, Jordan, Pakistan, Iran, and South Africa, which could further exacerbate the crisis.

Belarus is not the first country to use migration as a bargaining chip. Gaddafi’s Libya exploited migration to pressure Italy and to increase its leverage vis-à-vis other countries in the Global North. The so-called 2015 “European refugee crisis” saw the EU pledge 6 billion euros to support refugees and host communities in Turkey, and attempt to stop dinghies from crossing the deadly Aegean Sea. In 2015, Russia inaugurated “an arctic route” to transfer migrants to Norway and Finland in retaliation for imposing sanctions related to its military conflict with Ukraine. In all these cases, migrants were used as instruments for states to secure specific policy goals and attract the attention of international community.

Protection Gap: Hiatus Between Law in Books and Law in Action

From a legal perspective, Poland is very well equipped to end this crisis. The country is a party of the 1951 Geneva Refugee Convention, meaning it has certain obligations related to granting access to international protection, in particular the principle of non-refoulement, and is expected to respect the fundamental rights of asylum seekers. This is strengthened by Article 4 of the Schengen Code, which Poland joined in 2007. The country is further bound by the prohibition of collective expulsions stipulated in the European Convention on Human Rights.

However, the author of this article has previous scholarship that has consistently shown that the written, black letter law is only part of the story. The book Immigration and Refugee Law in Russia demonstrated that there is a deep divergence between written law and everyday immigration experiences. This conclusion is not limited to Russia. The ongoing crisis at the Polish-Belarusian border has revealed that the Polish state seems to prioritize pushbacks, and failing that, criminal prosecution for alleged illegal border crossings instead of recognizing people’s right to asylum and humanitarian protection. Activists come across migrants on a daily basis, who, in a state of hypothermia and dehydration, are transferred across the Polish-Belarusian border in a deadly game of ping-pong. Asylum applications are repeatedly ignored, while the practice of border pushbacks–illegal under international human rights law–have just been legalized in Poland. The country has an infamous and documented history of refusing to even commence asylum procedures, as confirmed in recent judgments at the European Court of Human Rights, M.K. and Others v Poland (2020) and D.A. and Others v Poland (2021). Since the declaration of a state of emergency in the border region, no press or human rights activists have been allowed within three kilometers of the eastern Polish border. As a result, many of these illegal practices go unchallenged and unreported. This deep divide between lofty international human rights obligations and everyday law enforcement results in an acute protection gap that has already cost many lives in other places like the Mediterranean or US-Mexican border.

The lack of political will to end this crisis has further complicated the situation in Poland. Migration is continuously used in Poland and around the world to build electoral capital based on the politics of fear and moral panic. The Polish Ministry of the Interior, at a notorious press conference on September 27, compared some of the migrants crossing the eastern border to terrorists and pedophiles. This association is an integral part of a broader narrative aimed at dehumanizing the migrant experience. The government’s current stance can be traced back to the words of Jarosław Kaczyński, Deputy Prime Minister, who protested in 2015 against the EU refugee relocation plan, commenting that migrants “carry very dangerous diseases long absent from Europe” like cholera and dysentery and “all sorts of parasites.” This stance, according to many commentators, helped contribute to his political party Law and Justice’s victory in the 2015 parliamentary elections. It is therefore highly unlikely that this vitriolic language will ever be abandoned in favor of a more compassionate approach.

According to the human rights lawyer and activist Marta Górczyńska, this crisis has been artificially sustained since Poland is more than ready to deal with the current number of refugees and has the necessary infrastructure to ensure safe reception. The current system was developed ahead of the anticipated (though never materialized) Ukrainian refugee flow in the aftermath of the military conflict in eastern Ukraine, which has been ongoing since 2014. Between 1994 and 2015 there were around eighty thousand Chechens who fled the civil war in Russia and applied for a refugee status in Poland, according to the Office for Foreigners statistics. Given Poland’s population of 38 million, the current number of asylum seekers does not seem out of control–in 2020 there were 2,814 people who asked for international protection in Poland, and 6,027 in 2021 as of October 30. The government, however, shows no interest in managing this current migration flow efficiently and in accordance with humanitarian principles. The most recent turn of events and escalation of the crisis at the Polish-Belarusian border has only strengthened the nationalist Polish government’s conviction that taking a hardline stance towards migrants and asylum seekers is a “patriotic duty.”

The Polish public is also divided on the way forward. According to the Public Opinion Research Centre’s September 2021 survey about attitudes towards refugees and the situation of migrants at the border, almost half of respondents (48 percent) did not want to accept refugees from countries affected by armed conflicts, while two fifths (42 percent) approved of it. The inaction of state authorities, the headquarters of the Polish Red Cross, and the United Nations High Commissioner for Refugees (UNHCR) can be contrasted with many examples of humanitarianism from below, whereby individual citizens and prominent Polish figures have stepped in to fundraise and deliver material help to people at the border. Spontaneous grassroot initiatives like Families without Borders are mobilizing public support for the cause; their appeal in aid of families pushed back across the eastern border has been translated to Polish, English, Russian, Italian, and Spanish and has reached Polish politicians, local authorities, was reprinted by the most important independent media outlets in Poland, and even moved Pope Francis. Activists from Grupa Granica–a platform of human and migrants’ rights organizations in Poland who directly work with migrants and asylum seekers–warn, however, that this is not enough, and only a systemic state response can end this crisis.

What should be done to avert this crisis? The solution is deceptively simple: Poland should act in accordance with the Geneva Convention. Lukashenko’s aim is to further divide Polish society and its EU partners. By deconstructing the political narratives around migration, bad-faith inaction can be called out. First, asylum seekers must be allowed to file international protection claims in Poland and be accommodated in accordance with humanitarian principles. Local migrant rights non-governmental organizations and the UNCHR should be allowed to step in and coordinate this project. Second, the Polish government must work with its EU partners to put pressure on Lukashenko to stop the smuggling of vulnerable migrants. This, however, is becoming less likely given Poland’s own political and legal feuds with the EU. Third, a joint political solution should be accompanied by a wide media campaign in the countries victimized by this process, highlighting that this migration route is ultimately a trap set by the last dictatorship in Europe.

Dr Agnieszka Kubal is a Lecturer in Sociology at the School of Slavonic and East European Studies, University College London. She is the author of two monographs, Socio-legal Integration. Polish post-2004 EU Enlargement Migrants in the UK (2012, Ashgate/Routledge) and Immigration and Refugee Law in Russia. Socio-Legal Perspectives (2019, Cambridge University Press). Her current research The women behind Human Rights funded by Leverhulme/British Academy explores the gendered experiences of pursuing human rights claims before the European Court of Human Rights from Poland.