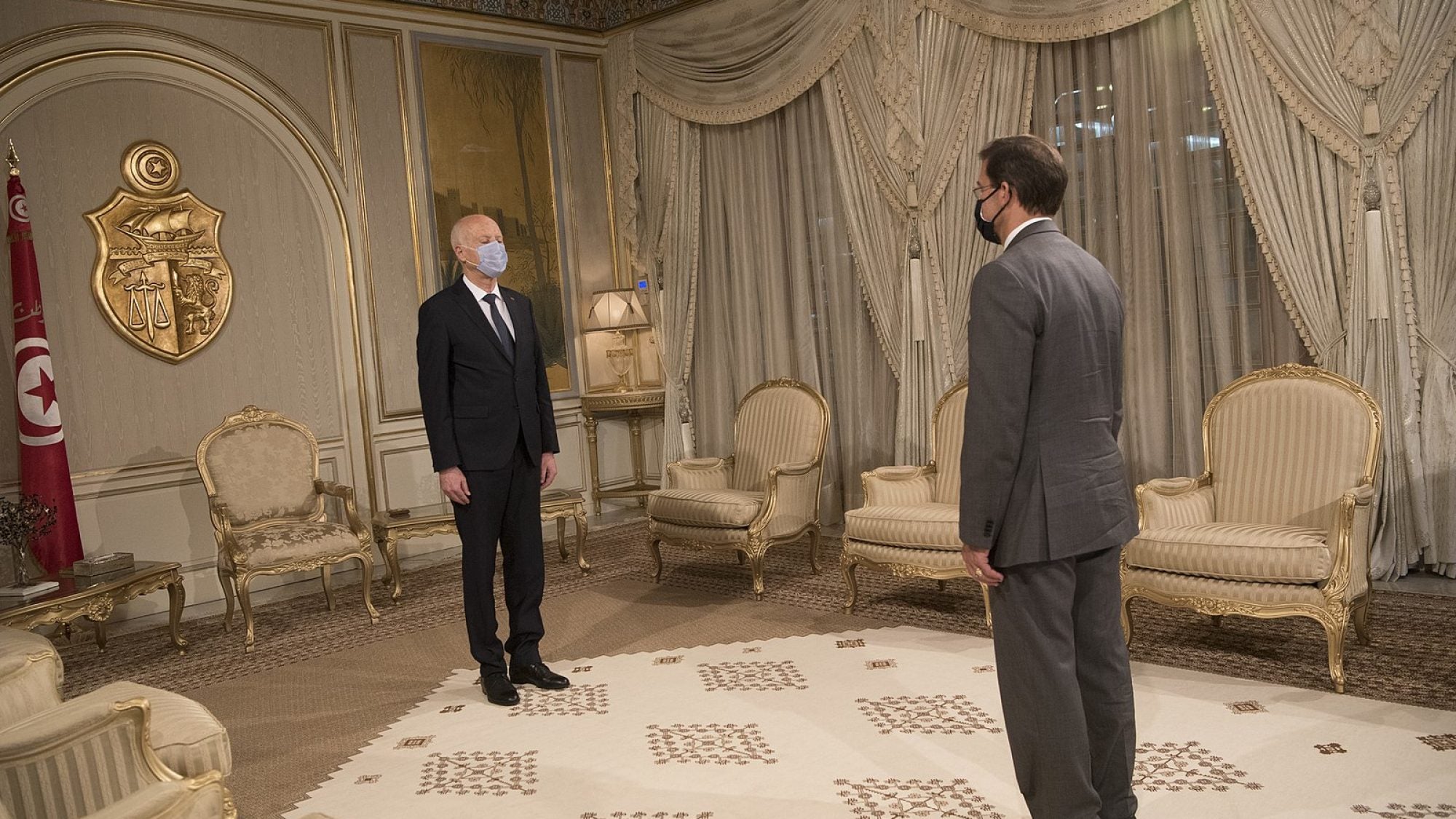 Tunisian President Kais Saied has slowly and steadily consolidated power into his own hands since his July 25, 2021 self-coup. While the United States and Europe have taken an increasingly critical stance against Saied’s actions, the Tunisian leader has ignored their requests for a return to a constitutional order and an inclusive political process. With severe financial need and few other reliable partners, Saied may not be able to fully alienate Tunisia’s traditional Western partners.

On July 25, 2021, Tunisian President Kais Saied issued an emergency declaration and froze the parliament, stripping its members of their immunity; firing the prime minister; seizing all executive power into his own hands; and appointing himself the equivalent of the head prosecutor in what many in and outside Tunisia have called a coup. These actions began a slow and steady authoritarian drift that Saied, as the sole executive in the country, orchestrated and implemented. As Tunisia slips back into authoritarianism, the international community has an important role to play in helping Tunisians protect their country’s democratic gains by continuing to support civil society actors who are increasingly concerned with Saied’s actions.

Over the course of the past three months, Saied has fired dozens of officials, including nearly the entire cabinet, issued travel bans against numerous business and political figures (many of which have since been lifted), and arrested  members of parliament and journalists critical of his actions. On September 22, Saied announced that he would ignore large parts of the Constitution and rule by decree as he seeks to revise the political system. He also granted himself the power to appoint a new government – a power reserved for the Prime Minister under the Constitution.

Following popular protests against Saied’s power grab and growing international concern over his actions, on September 29, Saied announced the appointment of Najla Bouden as Prime Minister, the first female head of government in the Arab world, and appointed a full cabinet on October 11. However, under Saied’s emergency measures, the government is subservient to the president and the Prime Minister is largely a symbolic figure. While his announcement elicited some measured praise from the international community who hoped Saied was returning Tunisia to its democratic path, some Tunisian activists called Bouden’s appointment “a distraction” and accusing him of “pink-washing.”

Saied has justified his actions by pointing to an increasingly ineffective parliament and government, marred by in-fighting (including vicious personal attacks between him and his hand-selected prime minister, Hichem Mechichi), that have failed to address the myriad challenges facing Tunisia. On the eve of Saied’s power grab, Tunisia was facing three simultaneous and interrelated crises – growing political polarization, a raging pandemic, and a deteriorating economic climate with rising inflation, evidenced by a public wage bill that subsumes nearly 70 percent of the state’s annual budget, youth unemployment at 42 percent, and vast socioeconomic inequality between the coastal regions and the interior of the country.

Like most populist leaders, Saied has repeatedly claimed that he is serving the will of the people and is not beholden to political parties or actors, and has been clear in his disdain for foreign donors. However, each step of the way, he has sought to sever the ties between the public and their government, rather than strengthen them. From preventing the operation of the parliament, which was voted in by the Tunisian people, to ignoring the democratically drafted Constitution, and to silencing his political opponents using military courts rather than the civilian judicial system, Saied’s limited interaction with the public has primarily come in the form of lecturing, rather than consultation. Despite significant pressure from Tunisian civil society actors for Saied to initiate a national dialogue to address Tunisia’s challenges and incorporate public opinion from across the political spectrum, Saied’s references to a potential dialogue are vague and do not appear inclusive; he instead vows to exclude “traitors,” which many interpret as a reference to the Ennahda party, one of Saied’s main political rivals.

What Role Does the International Community Play?

The West’s initial response to Saied’s power grab was tepid. The United States and Europe – Tunisia’s largest economic partners and traditional diplomatic supporters, who have spent billions of dollars to help Tunisia achieve its democratic aims – issued vague statements encouraging Saied to “adhere to the principles of democracy and human rights that are the basis of governance in Tunisia” and calling for “the restoration of institutional stability,” respectively. After Saied suspended most of the Constitution, both actors stepped up their criticism, making clear that they not only expect Saied to appoint a government, but also wish to see that parliament resume its duties and the government operate under the Constitution, rather than presidential decrees. The United States has remained in close contact with the Tunisian authorities – sending several high-level delegations to Tunis – far more so than during a normal period. But despite numerous public and private engagements, international pressure has failed to sway Saied.

While the U.S. State Department congratulated Saied on the historic appointment of Bouden, officials were quick to also call for “further announcements to establish a broadly inclusive process for a rapid return to constitutional order.” The U.S. Congress has also engaged on these issues, with the House of Representatives holding a hearing on October 14 to examine the U.S. response to Tunisia’s democratic challenges. Lawmakers in the House and Senate have called for a reconsideration of U.S. assistance to Tunisia. And the Senate’s FY22 Foreign Operations Bill removed the earmark on funding for Tunisia and added conditionality on U.S. military assistance to Tunisia, requiring the State Department to determine the role of the Tunisian military in “the democratic backsliding” and whether Saied’s government is “taking credible steps to restore constitutional order and democratic governance.” The explanatory language for the bill specifically notes that “recent actions by the current head of state have called into question the Government of Tunisia’s commitment to democracy.”

The European Parliament also held a session to discuss the situation in Tunisia and issued a resolution on October 21 expressing deep concern over Saied’s actions and calling for a clear roadmap that would allow Tunisia to return to a separation of powers, with a functioning legislature and independent judiciary. The resolution, in particular, “deplores” the indefinite suspension of parliament.

Another set of actors that has a vested interest in Tunisia, and one that runs counter to the interests of the West, is the trio of Egypt, Saudi Arabia, and the United Arab Emirates. All three were quick to praise Saied’s actions and have consistently expressed their support for his rule in the intervening three months. The Arab states, who are eager to see the demise of the Islamist party Ennahda, have sent envoys to Tunis to shore up support for Saied. Just days after the July 25 coup, both Egyptian Foreign Minister Sameh Shoukry and Emirati diplomatic advisor Anwar Gargash visited Tunis. Shoukry expressed Egypt’s “absolute support” for Saied’s actions and Gargash expressed Emirati support for “the Tunisian state and president in this positive agenda.” Two Saudi delegations have visited Tunisia in recent months. Saudi Minister of Foreign Affairs Faisal Bin Farhan Al-Saud met with President Saied on July 30 and Saudi State Minister for African Affairs Ahmed Abdul Aziz Kattan met with Saied in Tunis at the end of August. Furthermore, analysts reported the use of Saudi and Emirati bots on social media to denigrate Saied’s opponents.

As public support for Saied decreases and more political actors and civil society groups speak out against the attacks on Tunisian democracy, it is imperative that the West continue to publicly and privately call out Saied’s autocratic actions and push for an inclusive dialogue to help Tunisia return to a democratic path. The West – or any outside actor – cannot and should not lead this process, but they can continue to support Tunisian civil society organizations who have worked tirelessly for a decade to build Tunisia’s nascent democratic institutions and policies. One way to do this is to reprogram foreign assistance that would normally go to the Tunisian government to civil society groups that are working to protect Tunisia’s democratic gains. The West can also support Saied’s laudable goal of rooting out the corruption that has continued to plague Tunisia by helping to shore up the resources of the National Anti-Corruption Authority (INLUCC). The INLUCC has suffered from a lack of sufficient human and financial resources since its founding after the revolution and has therefore struggled to keep up with the high volume of corruption allegations and cases in the country. The West can also continue supporting Tunisian civil society organizations fighting corruption, and helping the government establish more transparent procedures across the board. The United States and other donors have also a wealth of “carrots” – gifts they can dole out to Tunisia should the country return to the democratic path. These include additional grants to help the country meet its fiscal needs and to help Tunisia weather any austerity measures or other conditions put in place through a potential IMF package; a visit by President Biden or Secretary Blinken to congratulate Tunisia on its progress or an invitation to Washington for Tunisia’s leaders.

The United States and Europe should not allow their voices to be drowned out by those of Saudi Arabia and the United Arab Emirates. Saied may have turned his back on the West, but he does not have the luxury of fully alienating Tunisia’s Western friends. While Saied has reportedly been seeking Saudi and Emirati financial support to help address Tunisia’s massive debt problem, those negotiations may not be proceeding as planned, with Saied pulling out of the Saudi-led Middle East Green Initiative Summit at the last minute, allegedly over the failure to secure meetings with Saudi and Emirati leadership. Tunisia’s democratic transition is in trouble, but it would be a mistake for the West to turn its back on the Tunisian people, who have proven their resilience and commitment to democracy time and again.

Sarah Yerkes is a Senior Fellow in the Middle East Program at the Carnegie Endowment for International Peace. She is an expert on North Africa and served previously in the State and Defense Departments. 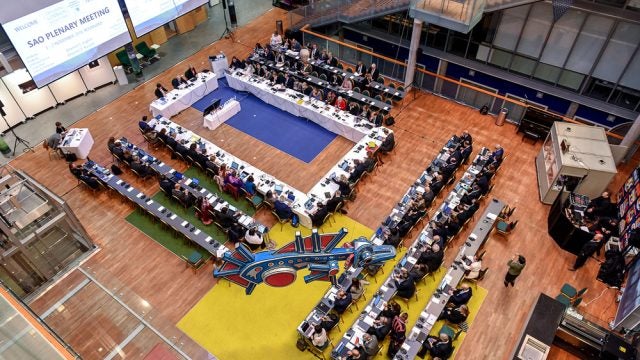 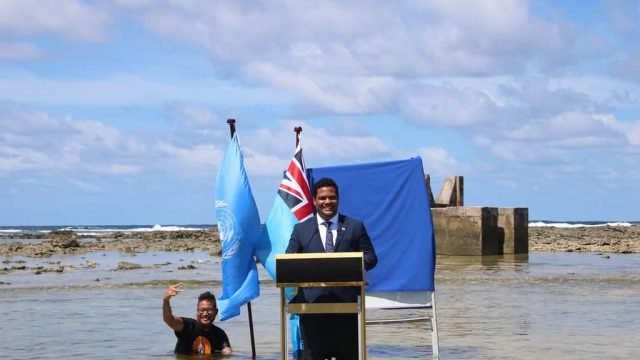