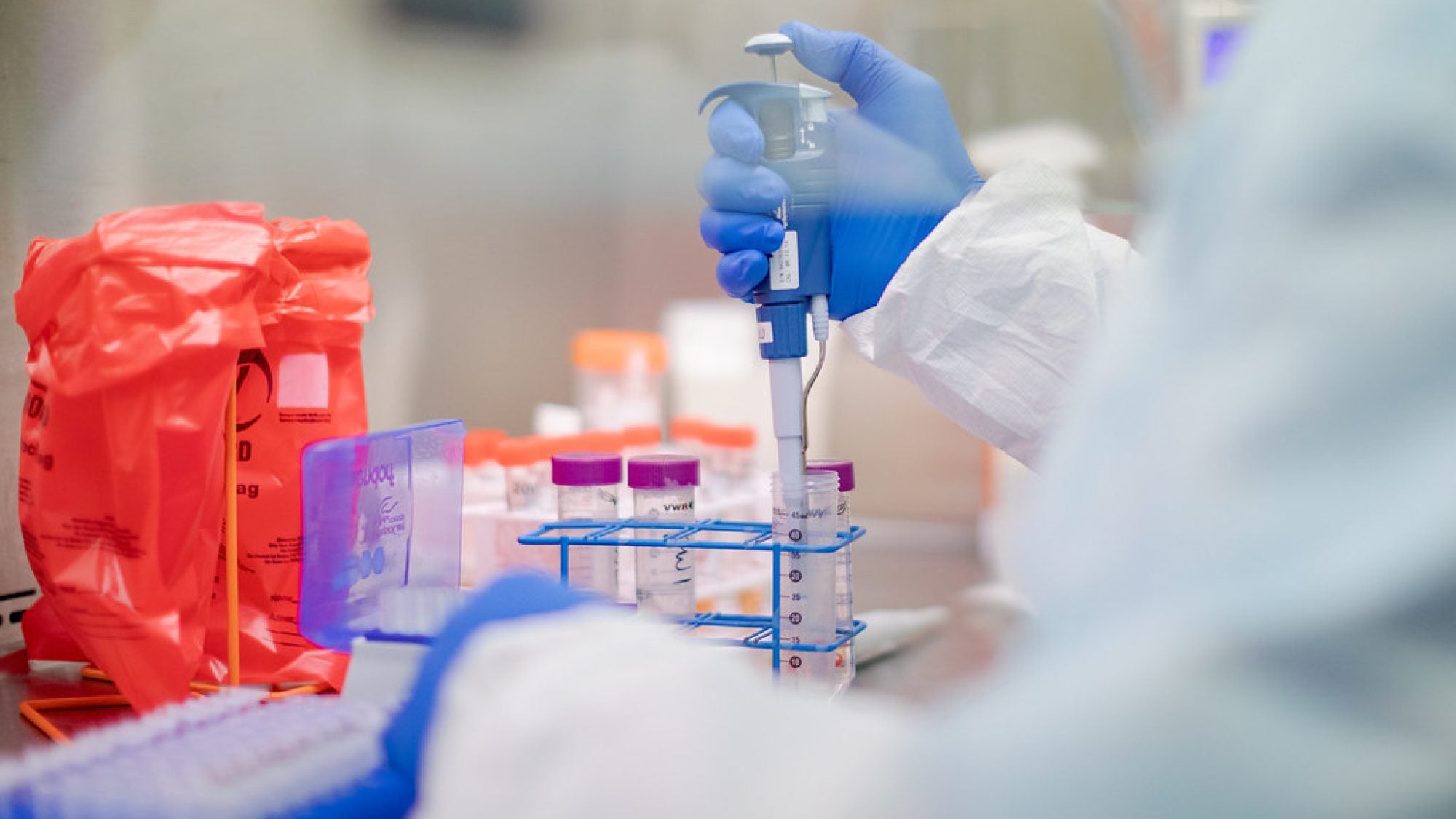 Prior responses to infectious disease emergencies have been reactive and therefore suboptimal and often lagging. A proactive, policy-oriented approach focused on pathogen families most likely to cause a pandemic would enhance resilience to future threats.

From the Black Death to typhoid fever, our ancestors faced a myriad of infectious disease threats. Yet, they exhibited significant limitations surrounding their ability to combat these pathogens, and for millennia, relied instead on non-pharmaceutical interventions to fight disease. Thus, it was not until the twentieth century that the extensive development of vaccines and medicines ushered in a new era of infectious disease preparedness. This modern era not only oversaw a shift to the deployment of precision-guided tools but also introduced a range of more sophisticated medical countermeasures to soften the blow of microbial threats and counter infectious disease emergencies.

The first proven infectious disease medical countermeasure was the use of variolation—a way of deliberately infecting people with a mild form of smallpox to prevent a more severe natural infection. Indeed, during the American War of Independence, General George Washington used this tool to protect the Continental Army from threats of smallpox, whether resulting from natural occurrence or suspected British biological warfare. Following variolation came vaccination and the eventual bloom of further medical countermeasures.

However, as the COVID-19 pandemic revealed, medical countermeasure development is not necessarily easy, guaranteed, or timely. During the last influenza pandemic in 2009, vaccine distribution similarly trailed the peak period of infection, in turn significantly impairing the impact of vaccination. Historically, the availability of medical countermeasures has frequently lagged behind the times when countermeasures are most greatly needed. While this gap has previously compromised societal resilience against infectious disease emergencies, the closure of this gap could be pathbreaking for future threats.

In the past, medical countermeasure development for biosecurity and emerging infectious disease has often been reactive. For instance, the anthrax attacks of 2001 demonstrated that medical countermeasures against biothreat agents were sorely deficient. The U.S. government put forth a concerted effort to remedy this problem, and its subsequent program Bioshield proved to be an unequivocal success. The model that this program used, however, was largely based on a predetermined list of threat agents weaponized by the Soviet Union. In sum, it was reactive. Alternatively, for emerging infectious diseases, no definitive list of potential pathogens exists, making this reactive approach unreliable. Resiliency requires more work.

In particular, as we emerge from the COVID-19 pandemic, an opportunity exists to reimagine not only emerging infectious diseases and pandemics but also biosecurity preparedness as a whole, fortifying it to the degree it has always merited. The world is entering into an era in which it must change the process by which medical countermeasures are developed, transitioning away from a process that reactively targets lists of pathogens to one that proactively targets viral families, especially those most likely to cause a pandemic.

Specifically, the proactive approach should amount to a research and development (R&D) agenda that is not exclusive to one virus but instead focuses on R&D for a whole family of potential pandemic threats. For example, rather than focusing research particularly on Nipah (an emerging bat virus that can cause fatal brain infections), research should more broadly target paramyxoviruses, the family that includes Nipah and other potential pandemic threats (e.g. Hendra, a novel parainfluenza virus, a novel strain of metapneumovirus). This paradigm reflects the reality that work on a viral family—even if not every one of its members has the potential to cause a pandemic—will positively redound on preparation against the whole family. This approach can also improve diagnosis, treatment, and prevention of garden-variety infections that occur with other members of that family. Indeed, research on prior coronaviruses found that immunity engendered against the spike protein was sufficient for protection and thus allowed for the expedited development of vaccines against SARS-CoV2.

Furthermore, to contrast with situations that deal with routine infectious diseases, when a novel threat emerges—either naturally or in a biological weapons attack—physicians and public health authorities must be equipped with the necessary means to attenuate its consequences as rapidly as possible. Therefore, in thinking about how to prioritize research for pandemic preparedness, it is critical to realize that not every pathogen possesses the attributes necessary to cause a pandemic. Of the several dozen viral families capable of infecting humans, only a few of them include members likely to cause a pandemic. As this author has previously studied, to be considered a potential pandemic-causing threat, a virus must exhibit frequency of mutation, short generation time, and a lack of possible off-the-shelf antivirals. Besides these characteristics, pandemic-causing pathogens frequently spread through the respiratory pathways, such as talking, coughing, and breathing. Thus, the proactive development of medical countermeasures needed to forestall a pandemic should specifically target certain viral families, including respiratory spread viruses. Moreover, this idea can be applied even when the identity of pandemic-causing ‘Virus X’ has not yet been discovered.

Medical countermeasures against common immune system pathways activated post-infection must also be included in this proactive approach. These host-directed approaches aimed at the immune system have exhibited great success with COVID-19. Because potential threat agents will also trigger similar immune pathways, medical countermeasures that focus on modifying the aberrant dysregulated immune responses could provide an early means to ameliorate the negative consequences of infection. Then, once more specific medications are available, they would replace the temporary countermeasures. The success of medications like dexamethasone and tocilizumab in the treatment of COVID-19 illustrates the value of these treatments.

At the policy level, this type of programmatic shift should primarily involve a transition in the categories of disease for which funding is provided. Instead of funding R&D for specific diseases, grants should instead target whole categories of disease, thereby facilitating a broader approach to the program than before. In addition, new programs should involve educating policymakers about the importance of proactively and sustainably funding not only what the public currently faces but also what the public is anticipated to face. Under this program, past infectious disease emergency failures would never occur (such as when Congress waited to appropriate specific funding for Zika because it was not a virus pre-specified in prior funding cycles). This new path should primarily fall to the Biomedical Advanced Research and Development Agency (BARDA), making it akin to a reinvigorated 2.0 version of the agency in which its full promise can be achieved. Thus, by expanding focus beyond specific microbes, these programs prioritize pathogens with particularly pandemic-requisite traits.

With the lessons learned since March 2020 and even those beforehand, humans must not allow pandemics like COVID-19 to happen again. For decades, many infectious disease scholars have advocated proactive preparation for both natural and intentional infectious disease threats. However, while previous attempts to dislodge the reactive, boom-boost, and panic-neglect cycle that typifies how these threats have previously been dealt with, an opportunity now exists to reconfigure our thinking and our methods. This chance cannot be squandered.

Dr. Amesh A. Adalja is a physician and senior scholar at the Johns Hopkins Center for Health Security. He is board-certified in infectious disease, critical care, emergency medicine, and internal medicine. His work focuses on emerging infectious disease, biosecurity, and the intersection of infectious disease and national security. Follow him on Twitter: @AmeshAA