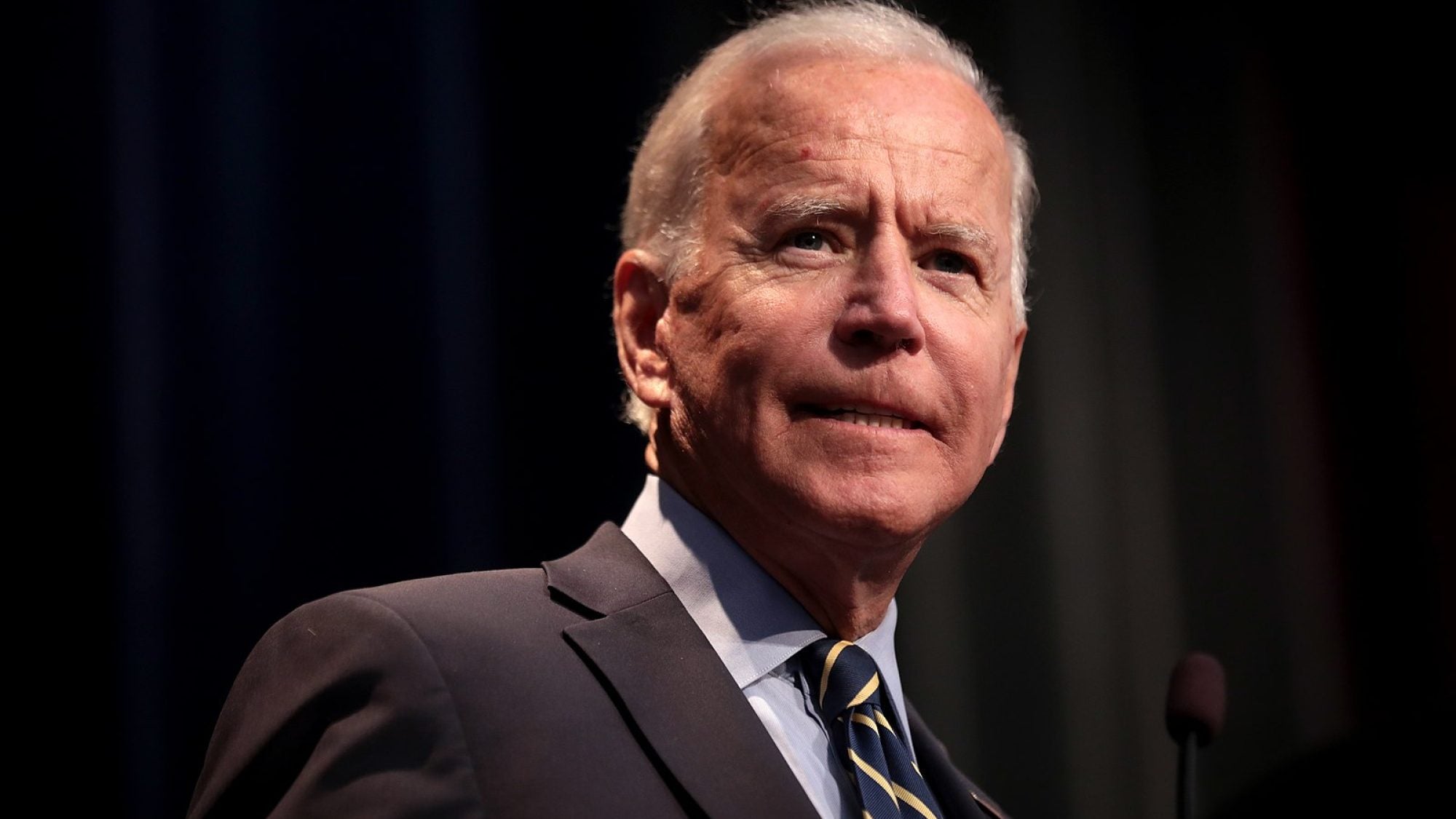 President Biden has expressed support for restoring US leadership on resettling refugees after the Trump administration nearly dismantled the refugee admissions program. Managing the large-scale, rapid evacuation of more than 60,000 Afghans has pushed the federal government and private sector to innovate by expanding community-based refugee resettlement and creating a private sponsorship program. This new civic initiative has the potential to dramatically reshape how refugees are resettled in the United States, but will need additional resources and new legislation to flourish.

President Joe Biden campaigned to rebuild the United States’ system of resettling refugees, the US Refugee Admissions Program (USRAP), which had been severely undermined by the Trump administration. Under Trump, refugee admissions to the United States languished precisely as global forced migration reached unprecedented levels. Contrasting his predecessor, Biden’s plan was to restore the United States’ reputation as a global leader in supporting refugees, both through increased domestic resettlement and expanded humanitarian aid abroad. With more than eighty million people worldwide displaced by political violence, persecution, and climate change, this commitment is urgently needed.

The administration’s aim to “rebuild and enhance” the refugee program was detailed in a White House “Executive Order on Rebuilding and Enhancing Programs to Resettle Refugees and Planning for the Impact of Climate” in February 2021. Noting the importance of a timely admissions process and the emerging challenge of climate refugees, the plan described expanded support for community sponsorship of refugees, including a new private sponsorship program. Seeking to promote “innovation” and greater civic engagement, these new initiatives have the potential to dramatically reshape how refugees are resettled in the United States.

Historically, US refugee resettlement has been carried out by federally funded private sector resettlement agencies, such as the International Rescue Committee, Church World Service, and Hebrew Immigrant Aid Society. In our research examining the role of volunteers in US refugee resettlement, we have identified a shift to greater autonomy and participation by community members through co-sponsorship of refugee families. This entails assuming the traditional role of resettlement organizations in facilitating refugee integration in local communities. As a result of this development, public support for refugees has grown. Just as important, community sponsorship has created new community-level and cross-community relationships. Yet as more dispersed and often less experienced groups assume responsibility for welcoming refugees into US communities, understanding the potential benefits and challenges of this policy shift is essential.

Until the withdrawal of military forces and civilian actors from Afghanistan in late summer 2021, Biden appeared reluctant to substantively increase refugee resettlement to the United States. In part, this reflected his concern that growing numbers of migrants and asylum seekers at the US-Mexico border had diminished the capacity to scale up USRAP as originally promised. Indeed, in April 2021 Biden announced he would keep the Trump era cap of refugee admissions at 15,000 in fiscal year 2022—a record low ceiling for annual admissions. However, faced with public perceptions that the exit from Afghanistan was ill-planned and put thousands of civilians at risk, the administration reversed course and announced a plan for local communities to become centrally involved in resettling Afghan evacuees. In addition, Biden declared in early October 2021 that up to 125,000 refugees would be resettled this fiscal year.

By September 2021 the administration was temporarily housing more than 50,000 Afghans on military bases in the United States. Those granted Special Immigrant Visa (SIV) status prior to the US military withdrawal in Afghanistan were permitted to settle in local communities. Most Afghans brought to the United States do not have SIV status, however, and therefore must wait on US bases while their cases are processed and security and medical clearances are vetted. They have been accorded “humanitarian parole” status, which does not automatically afford them opportunities to work or be granted an immediate pathway to permanent residency in the United States. Thus, as the government prepares to place these Afghans in communities across the country, thousands of community volunteers are needed to assume the traditional role played by resettlement organizations.

In this context, the administration launched Operation Allies Welcome, which created a new Sponsor Circle Program for Afghan evacuees to the United States through a private sector initiative launched in 2021 known as the Community Sponsorship Hub (CSH). The CSH is a collaboration between the federal government and influential philanthropic actors, including Open Society Foundations, Shapiro Foundations, and G. Barrie Landry and Laurie T. Franz. Run by Rockefeller Philanthropy Advisers, Incorporated, the program aims to coordinate large-scale community-level voluntarism and private philanthropic support for Afghan evacuees and other refugees resettling in the United States. CSH is an outgrowth of the State Department’s effort to partner with private sector leaders and organizations through Welcome.US, which is “mobilizing the American public” to support Afghans.

As Secretary of State Antony Blinken noted in an October 25 press release, the Sponsor Circle Program “harnesses this outpouring of support and enables individuals to become directly involved in the welcome and integration of our new neighbors.” The initiative prioritizes communities as key actors in supporting Afghan refugees, expanding US resettlement capacity in conjunction with non-profit resettlement agencies. For Blinken, the program “showcases the powerful role that individuals can play in coming together to welcome and integrate Afghans into American society, reflecting our spirit of goodwill and generosity.”

The Sponsor Circle Program reflects a novel departure from past community sponsorship practices, where resettlement agencies and their local affiliates coordinated the resettlement of refugees with local volunteer groups. Sponsor Circles, modeled in part on the Canadian “Group of Five” program, allows as few as five individuals eighteen and older to create a “certified sponsor circle” and take responsibility for resettling an Afghan family or individual. Each circle must raise $2,275 for each Afghan evacuee and commit to “finding initial housing, stocking the pantry, connecting children to school, providing initial income support, and helping adults to find employment.” In addition, the recent “Afghanistan Supplemental Appropriations Act, 2022” provides Afghan evacuees with the same resources as those who are resettled through the refugee and SIV programs.

There are numerous benefits to community and private sponsorship of refugees. Fundamentally, Biden’s initiatives will create greater capacity to resettle refugees and expand the ways in which this occurs. Thus, this program appears to demonstrate a long-term commitment to increase the number of refugees resettled in the United States each year, responding to calls from refugee rights advocates. Doing so can help reverse the effects of the Trump administration’s efforts to dismantle the refugee resettlement program and reflect a renewed US commitment to leadership on this issue.

Community sponsorship also encourages local residents to “invest” in welcoming refugees. Under existing community sponsorship efforts, volunteers often have deep ties to their local communities—critical for helping refugees secure housing, and gain access to employment, education, and health care. As these programs expand, efforts to connect refugees to community institutions and stakeholders, which are crucial to help facilitate their social integration, may be enhanced.  As Chris George, Executive Director of Integrated Refugee and Immigrant Services in New Haven, Connecticut, has observed, “It’s better for the refugee family to have a community group working with them that knows the schools and knows where to shop and knows where the jobs are.”

As more local communities take responsibility for sponsoring refugee families, the potential for a more durable resettlement program may be enhanced. In the face of heightened polarization of refugee and immigration policies, community sponsorship programs can also foster broad-based involvement in refugee resettlement. In turn, greater levels of community engagement can help challenge opposition toward and misinformation about refugees and create greater public support for the idea of refugee resettlement.

Yet these efforts are also fraught with significant challenges. Sponsor circle members may have limited capacity or skills to navigate the social welfare system, access health care services, or secure affordable housing for refugees. If group members lack familiarity with the intricacies of US immigration law, helping Afghans designated as “humanitarian parolees” attain asylum status may prove daunting. Without adequate training and ongoing support from resettlement agencies and caseworkers, community volunteers may experience “burn out” from these various responsibilities.

Finally, “successful” private and community sponsorship efforts risk providing justification to the arguments of those in support of the privatization of the USRAP and who claim that the government’s role in resettlement should be limited. Opponents of refugee resettlement could argue that community groups are more effective than the existing public–private resettlement model and seek to cut federal funding and involvement in resettlement. Such action could ultimately limit the overall number of refugees the United States admits in the future.

Managing large-scale, rapid evacuation and temporary housing of more than 60,000 Afghans has pushed the federal government and the private sector to create innovative ways to support refugees. Community and private sponsorship approaches to refugee resettlement have the potential to expand and dramatically transform the forty-year-old US Refugee Admissions Program. For these programs to flourish, however, additional resources and a long-term commitment to community and private sponsorship, in addition to the existing refugee program, are needed. Developing supports for those involved in private sponsorship, particularly in communities with limited organizational capacity and experience resettling refugees, is critical. Substantive training of volunteers and community groups by professional resettlement agencies is also vital to assure the efficacy and sustainability of community-driven refugee resettlement. Beyond initial preparation, however, ongoing support by resettlement professionals to ensure that refugees access social services and legal resources, as well as help address inevitable challenges that arise for volunteers, will be necessary for the success of this new civic initiative. One way to help ensure this occurs is through new legislation to institutionalize private sponsorship of refugees as part of the existing resettlement program. Bipartisan support for such a plan would signal that the United States is ready to reestablish its role as a global leader in defense of persecuted, vulnerable, and displaced populations.

Kathryn Libal is Director of the Human Rights Institute and Associate Professor of Social Work and Human Rights at the University of Connecticut. Her most recent books are Refugees and Asylum Seekers: Interdisciplinary and Comparative Perspectives (with S. Megan Berthold, Praeger) and Beyond Borders: The Human Rights of Noncitizens at Home and Abroad (with Molly K. Land and Jillian Chambers, Cambridge).

Scott Harding is Associate Professor and Co-Director of the PhD program at the University of Connecticut School of Social Work. His most recent book is Breaking the War Habit: The Debate over Militarism in American Education (University of Georgia Press).