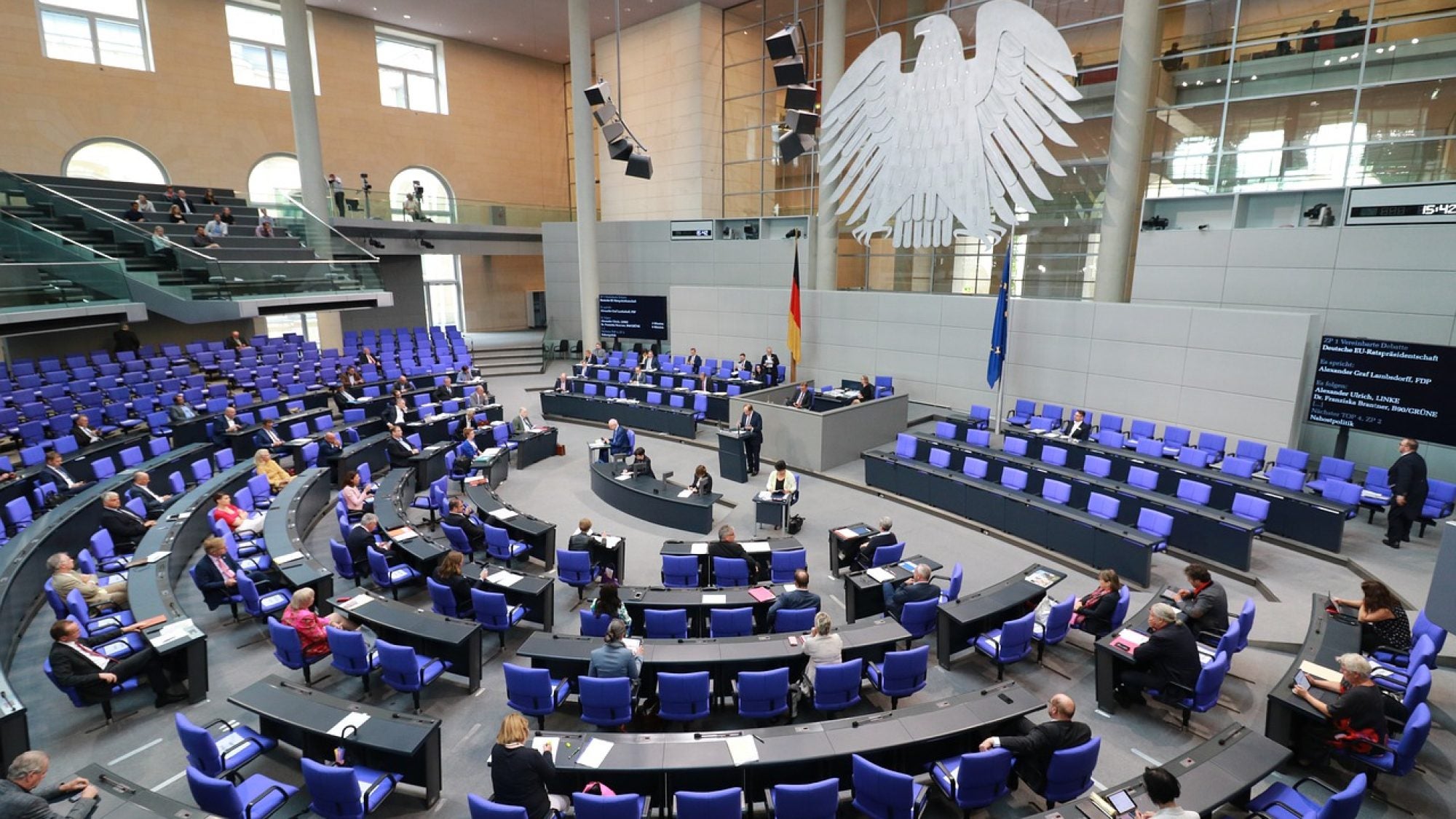 Following the German elections in September 2021, Dr. Dieter Dettke, Professor at the BMW Center for German and European Studies at Georgetown University, joined GJIA to share his perspective on the shape of the new coalition government and the larger shifts within Germany’s domestic political landscape.

GJIA: As the Free Democrats officially joined the Greens and Social Democratic Party (SPD) in coalition talks, Christian Lindner said that the Free Democratic Party’s (FDP) presence in the new coalition would prevent a swing to the left. In what policy areas do you envision these three parties compromising and forming a “government of the middle?”

DD: Well, the FDP had good election results, and so did the Greens and the Social Democrats [who received the largest vote share]. Nobody expected the near collapse of Merkel’s Christian Democratic Union (CDU), in spite of her personal popularity. The FDP is liberal in the old European sense. [It is] a pro-business party that creates, of course, tensions with the Greens and the Social Democrats, because they are two parties that would like to see more spending and would like to use higher taxes to finance green climate programs and social programs. The FDP’s commitment to their voters is no new taxes. That’s written in stone, and they’re not going to move away from it. And the road map clearly is a commitment to Schuldenbremse (debt break—no new taxes, and no new debts). Now that is of course difficult to maintain with the Greens and the Social Democrats, because they want more investments that have to be financed. So they have to find constructive, creative ways of financing what they plan to do. And the big items for the Social Democrats—a minimum wage of twelve euros per hour and guaranteed retirement income—and the Greens—climate protection, an exit from coal as a source of energy—these are costly items. The question of financing is where the FDP stands in the way of the type of progress that the Greens and Social Democrats want to see.

The next challenge is considering what other sources of financing, outside of taxes, are available. How do you think voters will be affected when they see that the programs they voted for are not necessarily happening on a fast timeline?

Well, that’s the secret—how you create new financial instruments without creating more debt and without higher taxes. The only way as I see it would be renaming new debts and government debts, calling them something other than “debts.” It could be fees, it could be some other creative term that avoids the tax term. It will be hard, no doubt. Since Germany is part of the euro, they have to also meet the euro criteria. That limits, of course, the room for maneuvering in terms of creating new instruments of finance. Germany needs a modernization program; the nation realizes that it’s lagging behind, particularly in new technologies. In my view, the Germans have been too slow in the past. As popular as Angela Merkel was, modernizing Germany was not her strong suit. I think the reason why the Christian Democrats are out of power is because they missed the modernization boat, and acted too slowly and too reluctantly, in order to keep up and be more competitive in the future. There also have to be ways to finance without running into the issue of inflation.

Absolutely. If you read the roadmap, that is practically the core issue for the new coalition—SPD, FDP, and Greens agree on that point. The fundamental need is to bring the German economy, its infrastructure, and its technical capabilities up to speed.  That’s the core of the roadmap for the coalition. So how do you finance it, and which issue do you attack first? I expect the first item [that] they will begin to address is digitalization. It should be made available for every German and for every company in order to bring the economy up to speed and make it more competitive. [This also has] to happen on a European level—not everything is in German hands, monetary policy in particular. So it has to be a European effort.

The second big item on the roadmap is strengthening Europe and the capability to act for Europe, both economically and in foreign affairs—the EU has big ambitions, maybe higher ambitions than capabilities allow. There is a discrepancy between the ambitions of the European Union to become a power that can compete in this new great power game, dominated by American-Chinese competition, and its actual abilities. Europe has to find a way in this new international system that looks a bit like a new bipolar system. Europe has to find a way to be part of a system that deals with China—I’m not saying that decoupling and confrontation with China is the only way. I think we have to develop a very smart policy in order not to make mistakes. What we have now is very different from the Cold War. In the Cold War, Russia was the weak opponent, economically speaking. Now you have a situation where the US and China and Europe and China are very interdependent, technologically and economically. China is both a partner and a systemic rival.

In facing this common challenge of coexistence with China, do you think the transatlantic relationship will change? Do you think tensions between the United States and Germany, such as those surrounding Nordstream 2, will be surmounted in light of the international issues that require transatlantic cooperation?

You are right to point out the tensions, even within NATO, and between Europe and the United States—they are there. But if you look at the big picture, and what needs to be done, Nord Stream 2 is a miniscule issue in comparison. There’s a mutual dependency between Russia and Europe with regard to Nord Stream 2. Russia finances a significant portion of the project’s budget with income from energy exports. So if Russia would use Nord Stream 2 as a political weapon, they would hurt themselves. It is not a total dependence of Europe on Russian gas, there’s also a dependence, economically speaking, of Russia on Europe, and the recipients of their gas and energy sources. But this is not an issue important enough to rise to the level of conflict between Europe and the United States. We have to be aware that we want Russia to stay away from pressuring Ukraine and other neighbors that are dependent on their energy, but the Atlantic alliance is too important to imperil our relationship because of Nord Stream 2.

You mentioned the importance of Germany pursuing a path of modernization. In the context of the domestic political sphere, how do you envision that the big tent political parties that were challenged in this year’s election will evolve in the future?

Well, the roadmap shows a pretty clear consensus around center issues that the Greens and SDP support. And the FDP is, of course, critical, with their pro-business attitude. So, right there in the center of German politics, there is a possible consensus. That’s the great news about Germany after Merkel: the center holds, not what Yeats in his famous poem, ”The Second Coming,” feared would happen—that the good ones lose all convictions and the bad ones become more passionate. It’s a big win for center policies. These three political parties came to a consensus, and that’s a very good basis for decision making. The hard part is when people have to be in positions, and claim certain ministries and bureaucratic positions—then the struggle begins. But it looks as if this is a coalition that will preserve the German middle of the road consensus model. That would have been more difficult with the CDU because as you know, for the Christian Democrats, in spite of Merkel’s popularity, they had a challenge from the right. The new coalition will have a challenge from the right too, obviously, but the Christian Democrats have a very important balancing act to come up with, which is to contain the danger of the right. You have the almost-collapse of the Christian Democrats on the one hand, but there’s also the stable, respected German democracy that continues based on values of pluralism, democracy, and human rights. There’s a shared consensus to preserve the Western alliance, Europe, and to make the West more competitive. That’s the hopeful message we can recognize.

Currently a professor at the BMW Center for German and European Studies at Georgetown University, Dieter Dettke’s expertise centers on German domestic, economic, and foreign policy, European security, and transatlantic relations. A Fullbright Scholar at the University of Washington, Dettke studied at the Universities of Bonn, Berlin and Strasbourg. He has been a research associate at the German Council on Foreign Relations and has held assignments with the Bundestag and German Foreign Office. Dettke previously served as the US Representative and Executive Director of the Friedrich Ebert Foundation in Washington, DC, from 1985 to 2006, a Transatlantic Fellow of the German Marshall Fund (2006), a Fellow of the Woodrow Wilson International Center for Scholars (2006-2007) and a Fellow of the National Endowment for Democracy (2008-2009). Dettke has been a Senior non-resident Fellow of the American Institute for Contemporary Studies since 2008.