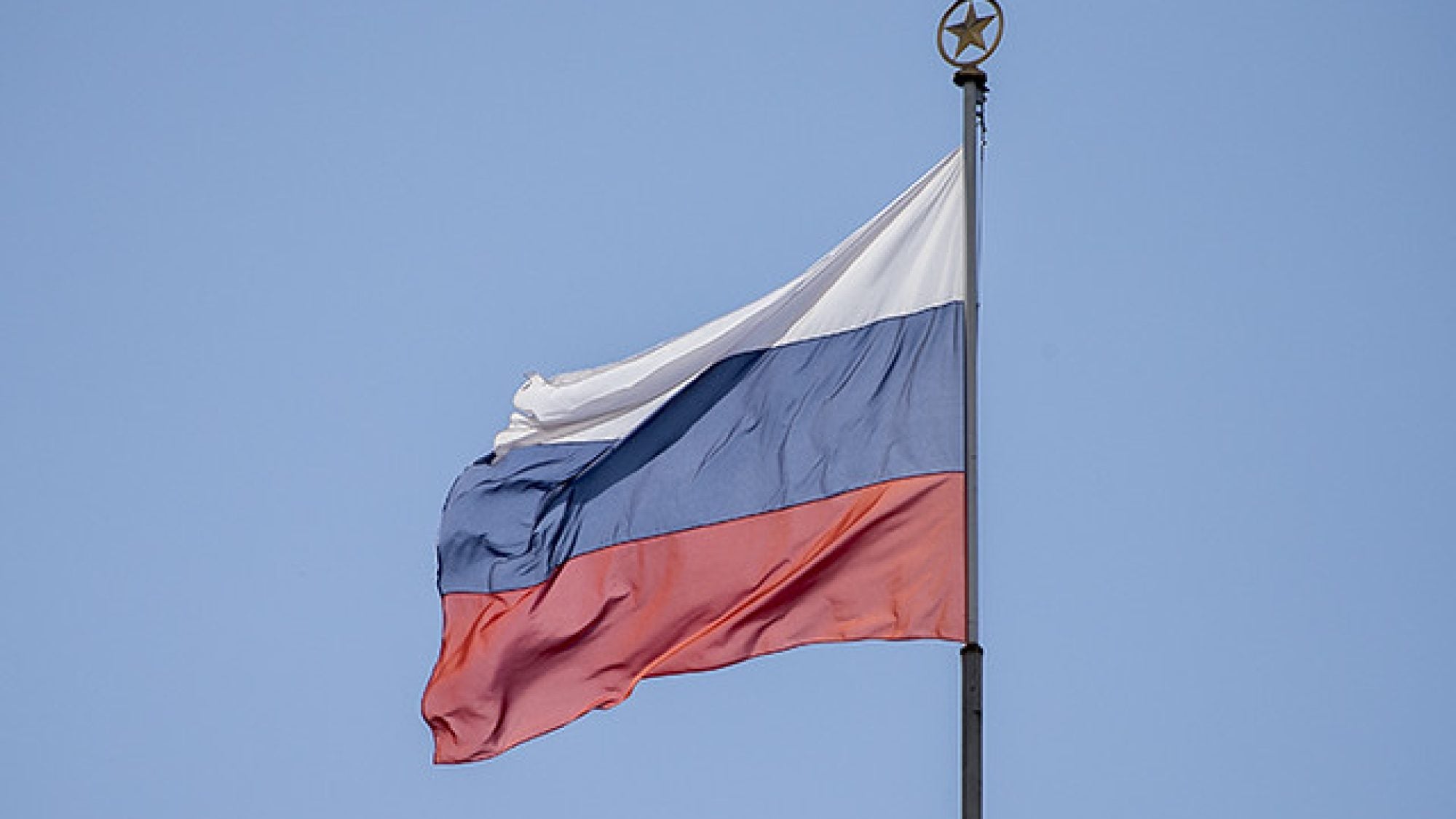 Title: The Silenced Epidemic: Why Does Russia Fail to Address HIV?

Whereas significant progress has been made in controlling HIV globally, Russia’s epidemic has continued to grow for the past thirty years. Out of a total population of 144 million, about 1.1 million Russians currently live with HIV. This national crisis is largely the result of government failure to support necessary prevention approaches such as harm reduction programs, public information campaigns, and sex education in secondary schools. Instead, Russian government policies marginalize vulnerable groups, restrict the work of civil society organizations in HIV prevention and care, and suppress the dissemination of critical information regarding the scale of the epidemic. By neglecting evidence–based prevention programs, the Russian government misses the opportunity to develop an effective response to one of the country’s most pressing health problems. Because of these realities, international organizations must find new ways to encourage Russia to rethink its HIV/AIDS policies by engaging in dialogue with the Russian government, business organizations, and civil society groups.

The number of people living with HIV in Russia reached more than 1.1 million in June 2021. Over the previous five years, between 85,000 and 100,000 new infections have been reported annually. These are only the officially registered cases; actual HIV infections are believed to be substantially higher. Though the rate of new infections has decreased slightly since 2019, this is likely because of lower HIV testing rates during the COVID-19 crisis and the epidemic continues to grow. It has also become more dangerous as the number of HIV–related deaths is rising. In 2020, there were more than 32,000  HIV–related deaths within the country. In fact, demographers estimate that the HIV mortality rate will continue to grow and may overtake the cancer mortality rate by 2030.

Russia’s HIV epidemic has been primarily driven by intravenous drug use and was originally centered around vulnerable populations, including drug users, sex workers, men who have sex with men, and prison inmates. However, with 1.4 percent of the Russian population aged 15 to 49 years being HIV positive as of 2020, the epidemic is increasingly generalized. For example, the share of women  among people living with HIV in Russia has been increasing and now stands at nearly 40 percent.

Russia’s poor management of the epidemic is striking in light of  globally decreasing rates of HIV infection. Notably, Russia’s political inaction and lack of evidence–based prevention programs for vulnerable groups has led to rising infection rates. Punitive drug laws, discrimination by state authorities, and police harassment of vulnerable populations also limit prevention efforts. For example, Russia’s 2013 “gay propaganda law” has been harmful as it increases homophobia by labeling certain medical and social services as “propaganda” in favor of same-sex relations, making it more difficult for NGOs to offer HIV prevention services in the LGBTQ+ community.

Russia also falls short in regards to HIV prevention programs for its general population. For example, there are no regular sex education programs in secondary schools which could provide critical basic information about the disease. In addition, public health campaigns have not sufficiently strengthened general knowledge about HIV/AIDS within Russia’s broader population.

Instead of developing necessary prevention programs, Russian policymakers have politicized the epidemic by concealing its true scale. Statistical data on HIV, for instance, is increasingly difficult to access in Russia, as it tends to be hidden in inaccessible medical publications. The Russian Ministry of Healthcare further underrepresents the scale of the epidemic by only counting the HIV infections of those registered in government programs. Mainstream media is also culpable of promoting misinformation. A recent newspaper article, for example, falsely stated that infection rates in Russia are decreasing and portrayed foreign research on the epidemic as an effort to discredit the country’s international reputation.

Growing tensions between Russia and the international community have also played an important role in Russia’s failure to address HIV. Specifically, as part of a political strategy to position itself as the antipode of the West, Russia has shifted away from the international consensus on HIV/AIDS, that is, away from the key prevention approaches endorsed by the Global HIV Prevention Coalition and other critical international organizations. Russia’s response to HIV/AIDS has thus become increasingly politicized as it moves away from evidence–based policies and relies on an ideological approach. This approach involves strengthening traditional values, including the promotion of a healthy lifestyle, which is of limited use in the response to HIV/AIDS. As a result, despite the advocacy of Russian medical professionals, Russian authorities continue to reject critical prevention approaches which are deemed “Western.” These include harm reduction programs and methadone substitution therapy which have proven to be effective approaches for controlling HIV among vulnerable groups. This rejection and ideological approach contrasts even with other non–Western states, such as China, which have introduced harm reduction and methadone substitution therapy with promising results.

The politicization of HIV/AIDS has resulted in further stigmatization of vulnerable groups, especially drug users and men who have sex with men, who are blamed for the spread of HIV. As a result of misplaced blame, prevention efforts for vulnerable groups are not prioritized within medical institutions. For example, it is more difficult for injecting drug users to access health services as they are frequently excluded from lifesaving antiretroviral treatment on the pretext of a poor social prognosis. Politicization and stigmatization is also harmful because it posits HIV as an epidemic limited to the margins of society. This creates a barrier for testing and prevention within the general population, as ordinary Russians are afraid of being associated with marginalized groups. As a result, Russia’s general population tends to neglect the threat and therefore risks further infection.

The epidemic’s politicization has also raised suspicion of Russian NGOs and activists who are perceived to be influenced by international organizations, a view which has encouraged the Russian government to further restrict civil society’s response to HIV/AIDS. For example, since 2012, a number of Russian HIV/AIDS NGOs have fallen under the “foreign agent” law, which requires NGOs receiving foreign donations and engaging in “political activities” to declare themselves as “foreign agents.” Designation as a “foreign agent” increases the bureaucratic burden for NGOs, and makes it more difficult for them to obtain funding and support. Although not primarily targeted at social sector NGOs, Russian authorities have in some cases regarded HIV prevention programs as a political activity rather than a social service and required organizations to register as “foreign agents.” As a result of the politicization of aid, only around ninety HIV/AIDS NGOs and activist groups remain active in all of Russia as aid groups suffer from organizational and funding challenges. Thus, because of increasingly restrictive government policies, civil society’s capacities have significantly decreased over the past few years.

By politicizing the epidemic, silencing activist groups and organizations, and stigmatizing vulnerable populations, Russia’s government has ignored the scale of its HIV/AIDS crisis, undermined vulnerable populations, and erased critical prevention programs. It has also prioritized the country’s reputation as a strong state over pragmatic approaches to address the epidemic. Russia has therefore failed to properly address its HIV epidemic, even in the face of rapidly increasing infection and mortality rates.

How can international governmental and non–governmental organizations best respond given these difficult circumstances? First of all, it is important to continue cooperation with the Russian government. International organizations should stress the common interest of containing the spread of HIV in the region and globally. Specifically, it is essential to emphasize the long-term negative effects  of HIV/AIDS, including its impact on Russia’s economy; as the epidemic mainly affects individuals at working age, it is likely to increase existing labor shortages. In this situation, partnership with Russian businesses would be valuable to include HIV prevention into corporate social programs.

International organization should also continue advocating for the adoption of prevention initiatives, such as harm reduction programs, substitution therapy, and sex eduction, that suit local contexts and address the needs of key populations. In order to understand specific prevention needs, organizations must invest in research, including behavioral studies which examine HIV transmission. There is further opportunity for cooperation at local and regional levels. Specifically, local cooperation can foster town twinning and joint bilateral projects, enabling direct collaboration between specialized institutions in Russia and abroad such as the Association Infect Team Switzerland Russia. Beyond engagement with Russia’s government, international organziations must increase donor support and partnerships with Russian civil society groups, as they have the largest prevention impact on the ground.

Reversing HIV/AIDS trends in Russia will not be easy as government officials remain critical of policy recommendations. Nonetheless, it is crucial for international organizations to seek direct collaboration with a broad range of Russian actors in order to adopt pragmatic solutions to HIV prevention, treatment, and care. In the long term, this approach could help Russia finally contain its epidemic and save the lives of millions of citizens.

Ulla Pape is a post-doctoral researcher at Otto Suhr Institute of Political Science at Freie Universität Berlin (Germany). Her main research interests include social policy, health, and civil society development in Russia and Eastern Europe. She has published a book called “The Politics of HIV/AIDS in Russia” (Routledge 2014) and articles in journals such as Europe-Asia Studies, Voluntas, the Journal of Comparative Policy Analysis.