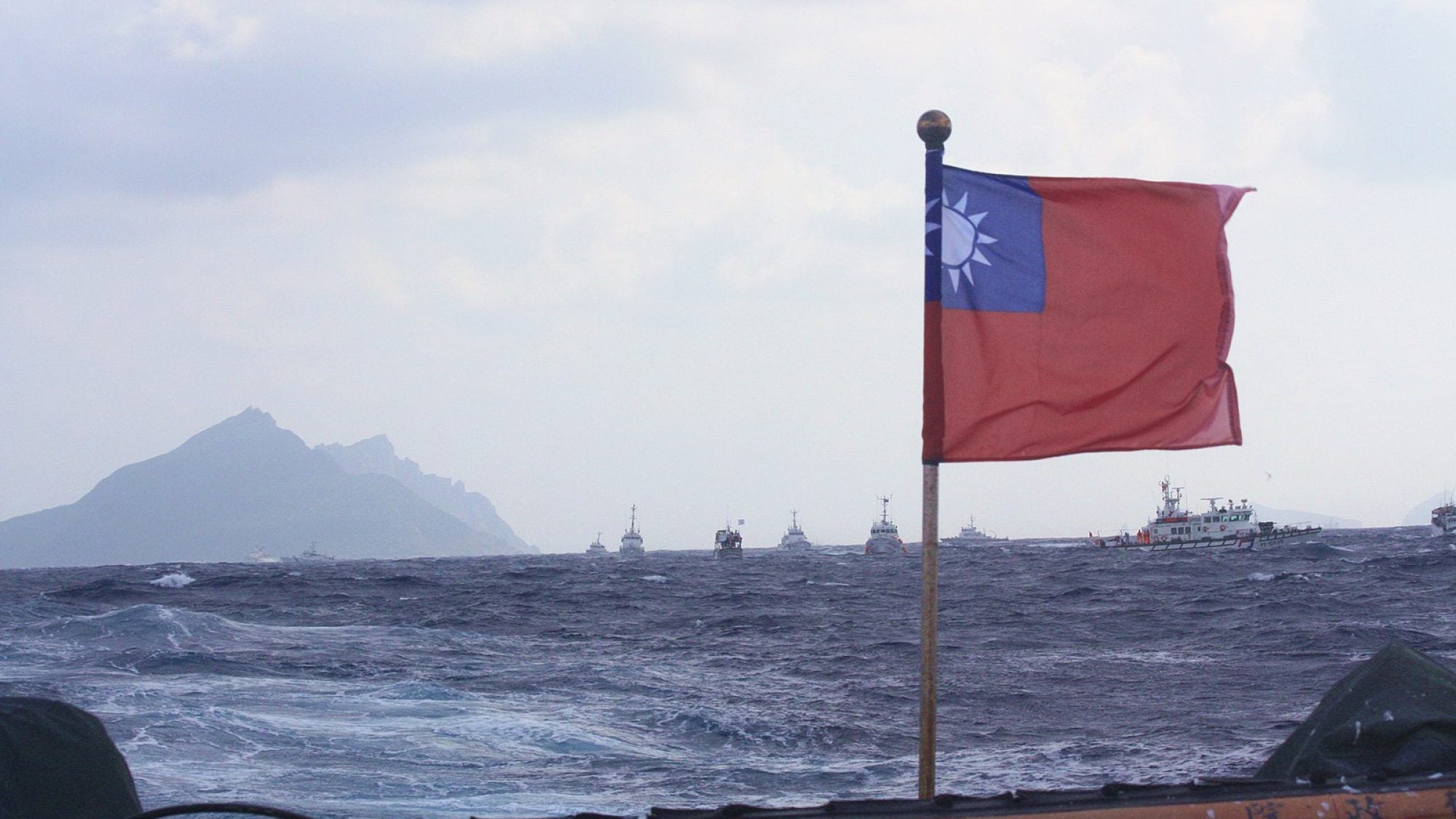 From Australia to India, to South Korea and Vietnam, countries throughout the Indo-Pacific are pushing back against an increasingly assertive China. The geopolitical development that could prove most significant in the region, however, is Japan’s transformation into a country that is willing to lead and develop a real security and defense strategy. Japan’s evolving approach to Taiwan and its increasing willingness to voice its concern about a maintenance of the status quo in the Taiwan Strait is potentially its most consequential shift. This revolution in Japan’s Taiwan policy is borne out of a concern that a Chinese use of force against Taiwan is becoming more likely and a successful Chinese annexation of Taiwan would severely damage Japan’s security. The United States should use this as an opportunity to focus the U.S.-Japan alliance on preparation for a conflict in the Taiwan Strait.

Over the past decade, Japan’s concern over China’s regional ambitions has steadily increased, driven in large part by China’s decision to press its territorial claims on the disputed Senkaku/Diaoyu Islands. The country now openly views China as a revisionist power that is attempting to “change the status quo by coercion…based on its own assertions incompatible with the existing international order.” To prevent such an outcome, Japan has been seeking to take on a leadership role in the Indo-Pacific, leading the formation of the Comprehensive and Progressive Agreement for Trans-Pacific Partnership (CPTPP); helping elevate the Quad, a group comprised of of Australia, India, Japan, and the United States; and offering an alternative to China’s Belt and Road Initiative (BRI) for Asian countries. Most countries in the region have welcomed Tokyo’s moves, viewing Japan as critical to any effort to balance China. Japan is also building its hard power, steadily increasing its defense budget over the past decade, developing new military capabilities, and recently signing an agreement with Australia that opens the door to greater defense cooperation.

The most notable and surprising development, however, is Japan’s growing sense of concern over China’s intentions towards Taiwan and its subsequent conclusion that it must take a more active role role to maintain peace and stability in the Taiwan Strait. Japanese political leaders have begun to highlight the importance of preventing Chinese aggression against Taiwan by linking Taiwan’s security to Japan’s. This past April, for the first time in five decades, the United States and Japan included a clause on Taiwan in a leader-level joint statement. The following month, Japan and the European Union mentioned Taiwan in a joint statement for the first time. In June, Japan’s defense minister stated that “the peace and stability of Taiwan are directly connected to Japan.” The following month, Japan released its annual defense white paper, which spoke of Taiwan in an unprecedented manner, asserting that “stabilizing the situation surrounding Taiwan is important for Japan’s security” and the country had to “pay close attention to the situation with a sense of crisis more than ever before.” Japan’s deputy prime minister then argued that “if a major problem took place in Taiwan, it would not be too much to say that it could relate to a survival-threatening situation,” an assessment that would enable Japan to exercise collective self-defense.

In addition to publicly highlighting the importance of cross-strait stability and drawing a connection between Taiwan’s security and its own, Japan is also pursuing closer diplomatic ties with Taiwan. Over the past year, Japan has donated nearly four million doses of COVID-19 vaccines to Taiwan, second only to the United States. Japan has also come out in support of Taiwan’s bid to join the CPTPP. After China banned Taiwanese pineapples in March 2021, Japanese citizens purchased them as a sign of solidarity with Taiwan, leading to an eightfold increase in pineapple exports to Japan. Japan is also pursuing more trilateral cooperation with the United States and Taiwan, becoming a co-sponsor of the Global Cooperation and Training Framework (GCTF), under which members facilitate workshops that allow Taiwan to showcase its expertise in fields like public health, disaster relief, women’s empowerment, and good governance.

The evolution of Japan’s approach is likely due to a growing realization in Tokyo that a Chinese assault on Taiwan is becoming more likely and would severely undermine Japanese security. If China were to station PLA forces on Taiwan, its military would be only 110 kilometers from Yonaguni Island, the westernmost point of Japan. Such an outcome would render it far more difficult for Japan to defend Yonaguni, the Senkaku/Diaoyu Islands, and Okinawa. Given that China views the Senkaku/Diaoyu Islands as a part of the “Taiwan Province,” China could attempt to seize them during a conflict over Taiwan.

A successful Chinese annexation of Taiwan would also undermine Japan’s economic security. Over forty percent of Japan’s maritime trade passes through the South China Sea; with control over Taiwan and its military installations located throughout the South China Sea, China would be in a position to force shipping bound for Japan to take more inefficient routes. In addition, China would presumably gain control of Pratas Island (currently administered by Taiwan), a strategic island adjacent to the entrance to the South China Sea from the Philippine Sea – further cementing its hold on this critical maritime artery. Given Taiwan’s proximity to the approaches to Japan’s ports, during wartime China could threaten Japan’s import-dependent economy.

For Japan, the day that China absorbs Taiwan would likely be the most destabilizing time in decades for its foreign policy. If China succeeds in its attack because the United States stood aside, Japan would question the United States’ commitment to the region and would likely contemplate accommodating China’s rise or hedging against it by developing nuclear weapons. If China achieved its objectives in spite of U.S. intervention, Japan would see its ally severely weakened, which would ultimately raise similar concerns in Tokyo. Indeed, a successful Chinese invasion could very well lead to the unraveling of the network of U.S. alliances in Asia, which has served Japanese interests for the past three-quarters of a century and underpinned peace and security in the region.

While Japanese leaders seem to recognize the stakes, it remains unclear how the country would respond to a Chinese attack on Taiwan and the extent to which it would support any U.S. effort to come to Taiwan’s defense. This is largely due to longstanding constitutional limits on the use of military force for anything other than self-defense. In addition, there are numerous variables that a Japanese leader cannot know ahead of time but would shape his response, such as public reaction to Chinese aggression and whether China chooses to target U.S. assets on Japan during the opening stages of a conflict. But given its geographic proximity to Taiwan and its role as host to over 50,000 U.S. troops, Japan’s support in a Taiwan contingency could very well determine whether the United States is able to effectively counter Chinese aggression.

With a shared interest in deterring Chinese aggression against Taiwan and having the capacity to respond to a Chinese attack if deterrence fails, the United States and Japan need to urgently prioritize preparing for a conflict in the Taiwan Strait. The United States should work to establish an understanding with Japan of how it would likely respond to an unprovoked attack on Taiwan and the type and degree of support Tokyo would be prepared to offer Washington. The United States should communicate that at a minimum it would expect Japan’s timely approval and unfettered use of bases hosting U.S. forces in Japan. Beyond that, the United States would look for Japan to agree in advance to assist with search and rescue operations, provide logistical support, and share information and intelligence. Washington should also gauge Tokyo’s willingness to conduct joint combat operations during a conflict.

That Japan would bear significant costs for supporting U.S. operations makes it critical for the United States and Japan to prioritize genuine and regular consultations that focus on what the United States would need in order to defeat Chinese aggression and how it can address any Japanese concerns. These discussions need to occur now, as there would be limited time to respond to a Chinese attack and any delay could significantly hamper operations or even make a defense of Taiwan unfeasible.

After gauging the level of likely Japanese support, the United States should work with Japan to determine which operational challenges Japan can most effectively help the United States overcome within those parameters. The allies should also explore how they can leverage Japan’s western islands, develop a plan to counter likely Chinese economic and political retaliation, transform command and control in Japan, and address resupply challenges.

The United States and Japan should urgently focus on maintaining deterrence in the Taiwan Strait. Preventing Chinese aggression against Taiwan and developing and fielding the capabilities necessary to respond to a Chinese attack should become a top priority for the U.S.-Japan alliance. The regional order that has preserved peace and stability in the Indo-Pacific for the past three-quarters of a century hangs in the balance.

David Sacks is a research fellow at the Council on Foreign Relations, where his work focuses on U.S.-China relations, U.S.-Taiwan relations, Chinese foreign policy, cross-Strait relations, and the political thought of Hans Morgenthau. He is the author of a recent report, “Enhancing U.S.-Japan Coordination for a Taiwan Conflict.”