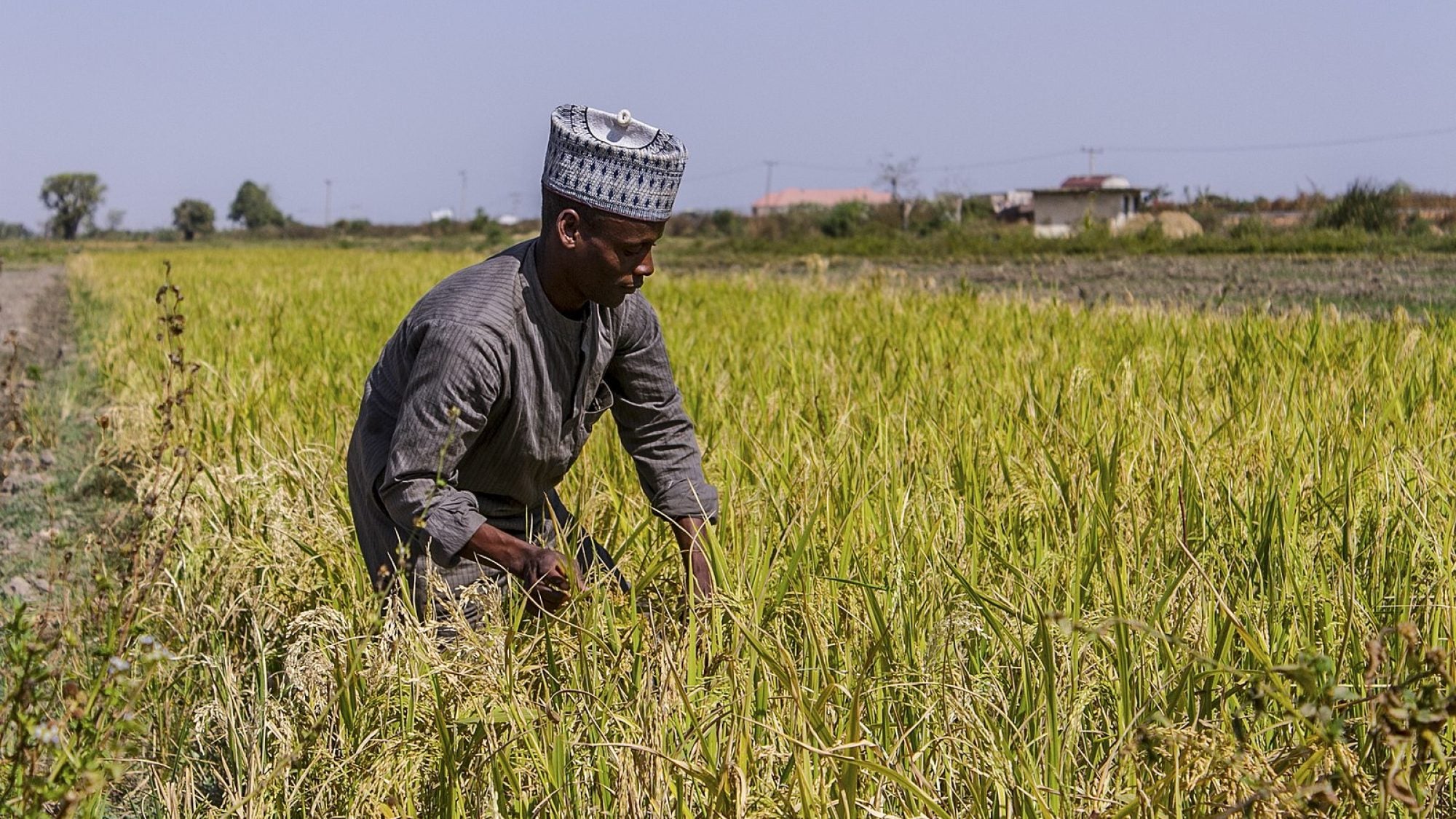 Title: Food, Climate Change, and War in the 21st Century

Climate change can affect food security and, by extension, alter conflict patterns, but such relationships are neither straightforward nor static. It is critical for policymakers and other observers to better understand the various factors and contexts that contribute to the nuanced, location-dependent links between climatic shocks, food security, and political violence. In particular, the type of armed actors involved, the level of support garnered from both the local community and the state, and the social and political environments where they operate largely dictate how agricultural and food supply-related shocks affect their strategic decisions. And if climate change trends persist, such dynamics might change in the future in unpredictable ways. Ongoing local conflicts can offer lessons about how different actors react to scarcity dynamics in varying contexts, informing future policy prescriptions for climate-induced conflict in the coming decades.

The indirect effects of climate change on conflict in the developing world are gaining attention among scholars and policymakers. Evidence suggests that food shortages caused by climatic factors such as droughts may lead to an increased rate of attacks on civilians and contribute to the increased frequency of armed conflict worldwide. Some observers have even blamed droughts for violence in Syria and other Middle Eastern and African countries.

Until recently, research into the relationships between conflict and the environment lacked consensus on whether and how climate change can impact warfare. Some studies argue that because of diminishing agricultural production, climate change will increase the prevalence of civil wars in states vulnerable to climate change by more than 50 percent by the mid-21st century, while others strongly question these results. Now, scholars are beginning to pay greater attention to the political and socioeconomic contexts in which the environment and conflict interact.

Food security and agricultural productivity are important factors that influence conflict patterns. Conversations about the role of food in conflict often highlight the possibility that climate change will induce scarcity, but it is vital for policymakers to be aware of the nuances of these relationships and avoid categorical claims and pitfalls. This article offers a gateway to a deeper understanding of these relationships by outlining mechanisms related to different types of violence, armed groups, and the crucial role of socioeconomic and political conditions in deciding whether and how conflict occurring is being driven by the climate.

When most people hear the word “conflict,” they usually think of wars involving large armies or of camouflaged guerillas conducting small-scale skirmishes against more mechanized military forces as part of a bloody civil war. However, large-scale interstate and civil wars are just one example of the many manifestations of political violence. The latter definition covers (among others) fighting between non-state actors (such as militias representing different ethnic groups fighting over grazing land), riots, and attacks directed specifically at civilians, including killing, rape, and—in extreme cases—mass killing and genocide.

Food security dynamics can have very different impacts depending on the type of violence. Historically, large-scale conflicts between organized armed combatants rarely persisted where food was scarce due to the lack of ability to feed and support warring troops, as “the army marches on its stomach.” Similarly, rebels and insurgents often operate in rural areas, where the government’s reach is weakened, and depend on locally sourced food and troops. It is much harder for such groups to recruit when food is scarce, as both troops and civilians seek to preserve resources and limit activity.

In contrast, social unrest is far more likely to be caused by food scarcity. Riots often erupt in cities, where the residents are food consumers. While rural food producers are likelier to join the ranks of rebel armies, urban consumers tend to protest when scarcity increases because food prices go up.

Similarly, food scarcity can also increase the rate of attacks on civilians. Lack of food availability pushes rebels, militias, and even soldiers to resort to violence to facilitate the appropriation of agricultural produce and land. Armed actors may also use food denial as a weapon to starve the enemy into surrendering by employing “scorched earth” policies that primarily harm civilians.

A second area where food security-related dynamics can exert different effects on violence relates to the actors involved. Some rebel groups are better at building up local support, which in turn helps them consolidate broad-based assistance surrounding critical group needs, including food. Examples of such groups include the National Resistance Army in Uganda, the Free Aceh Movement in Indonesia, and the New People’s Army in the Philippines.

Other groups, however, are much less effective—or have little interest—in building up local support. Groups such as Boko Haram in Nigeria, The Lord’s Resistance Army in East Africa, or Ahl al-Sunnah wa al Jamma’ah in Mozambique proclaim extremist and alienating ideologies and use violence to signal allegiance to other similar groups. Such groups will be far more likely to use violence to obtain food in times of scarcity compared to organizations that garner support based on participation and consensus. Some actors, such as ISIS, might be more violent in some areas but less so in “breadbasket” territories.

Food availability will also exert different effects depending on the degree of logistical support available to each actor. Armies and groups that can effectively source and transfer food to other locations for consumption will be more resilient to climatic shocks than organizations that lack these capabilities. The latter will be forced to rely to a greater extent on locally-sourced food and only fight in areas where food is relatively abundant, potentially leading to increased violent behavior against civilians in those regions.

While climate change often dominates policy discussions concerning environmental conflict, food scarcities and famines are rarely the result of natural disasters. Rather, such scarcities occur due to an incapacity or unwillingness to support supply chains, or the intent to actively harm them. Nobel laureate Amartya Sen noted that “starvation is the characteristic of some people not having enough food to eat. It is not the characteristic of there not being enough food to eat.” Sen was referring to the idea that hunger is not always related to food availability; even in places where ample food exists, many people do not have regular access to it. Developed states, especially democracies, have a wider range of alternatives to provide for people who face food insecurity. However, in states that lack such capacities (or the will to create them), limitations on access can lead to increased competition over local supplies, and the risk may be higher if climate conditions deteriorate.

This means that the political and socioeconomic conditions where food-conflict dynamics take place are just as important as environmental shocks, if not more so. For example, political discrimination and marginalization of particular ethnic or religious groups can engender inadequate or unequal access to food, making individuals more likely to suffer during a drought or a flood that destroys local production. These grievances can fester and feed into anti-government sentiment, providing rebel groups with fertile ground for recruitment, potentially leading to civil war.

Another possibility is that greater food abundance in one area can intensify conflict in other areas where food is hard to grow: for instance, in areas located at the desert’s edge, or “desert transition zones.” In such transition regions, development levels are generally low, and individuals rely on locally sourced crops, making food production more prized, both for substance and trade, and creating greater incentives for looting food. Rather than escalating conflict by inducing grievances, the issue here is about opportunity: rebels, militiamen, and even state forces seeking to appropriate food—or to put down an insurgency—will engage in violence when granaries are full; for instance, after the harvest. In times when food is not easily available, however, the potential for violence is much lower because there is little opportunity for fighting over harvested crops.

Preparing for the future

The diverse ways in which food security can shape conflict patterns eschew the simple explanations that often appear in headlines, such as “Global Warming Risks Increase in Conflicts.” But there is another issue that is important to bear in mind, which I call “the punctuated equilibrium possibility.” The idea of punctuated equilibrium was proposed by Niles Eldredge and Stephen Jay Gould to refer to evolutionary change that is triggered by specific events and happens relatively rapidly over time, followed by long periods of evolutionary stasis. It is often situated against the argument that evolution is a slow, linear process that happens gradually over time.

Punctuated equilibrium is relevant to the potential effects of climate change and its impact on conflict. Considering the slow-moving pace of climate change, all the explanations discussed above might represent small variations within a long period of stasis. It is possible that at some point—maybe when we reach a certain threshold of rising temperatures—we will enter a new period of much faster and more extreme changes in food availability and access due, for instance, to massive increases in the frequency of flooding, droughts, and heatwaves. As food security dynamics within conflict-susceptible and even insusceptible areas shift, we may experience a markedly different—and possibly far more aggressive—intensification of violence along food production and security lines.

Unlike slow and linear effects, such punctuated equilibrium shifts and their resulting impacts are hard to predict. But understanding the complexity of the relationships between food, conflict, and context can lead to the development of useful tools to prepare for these, and other, potential realities.

For example, knowing what groups are more likely to be violent following a major natural disaster, and identifying socioeconomically vulnerable populations within these areas can help ensure that directed measures are effectively deployed to protect civilians. Military forces can be deployed around refugee camps, and nongovernmental agencies may even work with armed groups that lower their rates of violence to provide food and other forms of support. This may require thinking differently about what defines a pro- or an anti-government group, or relying more heavily on non-aligned local actors.

Additionally, pinpointing which countries might be at higher risk for conflict escalation due to climate-induced stress can tailor targeted aid and peacebuilding policies to ensure that related violence is averted over the long term. By reducing incentives to compete opportunistically when more agricultural resources are available, building local food resilience can reduce potential competition during droughts or other environmental crises in the future, even in an environment of punctuated equilibrium.

Ore Koren is an assistant professor of international relations at Indiana University Bloomington, where he studies and teaches environmental conflict, civil war, and quantitative research methodologies. His work has appeared in Foreign Policy, The Conversation, and The Washington Post, among others.