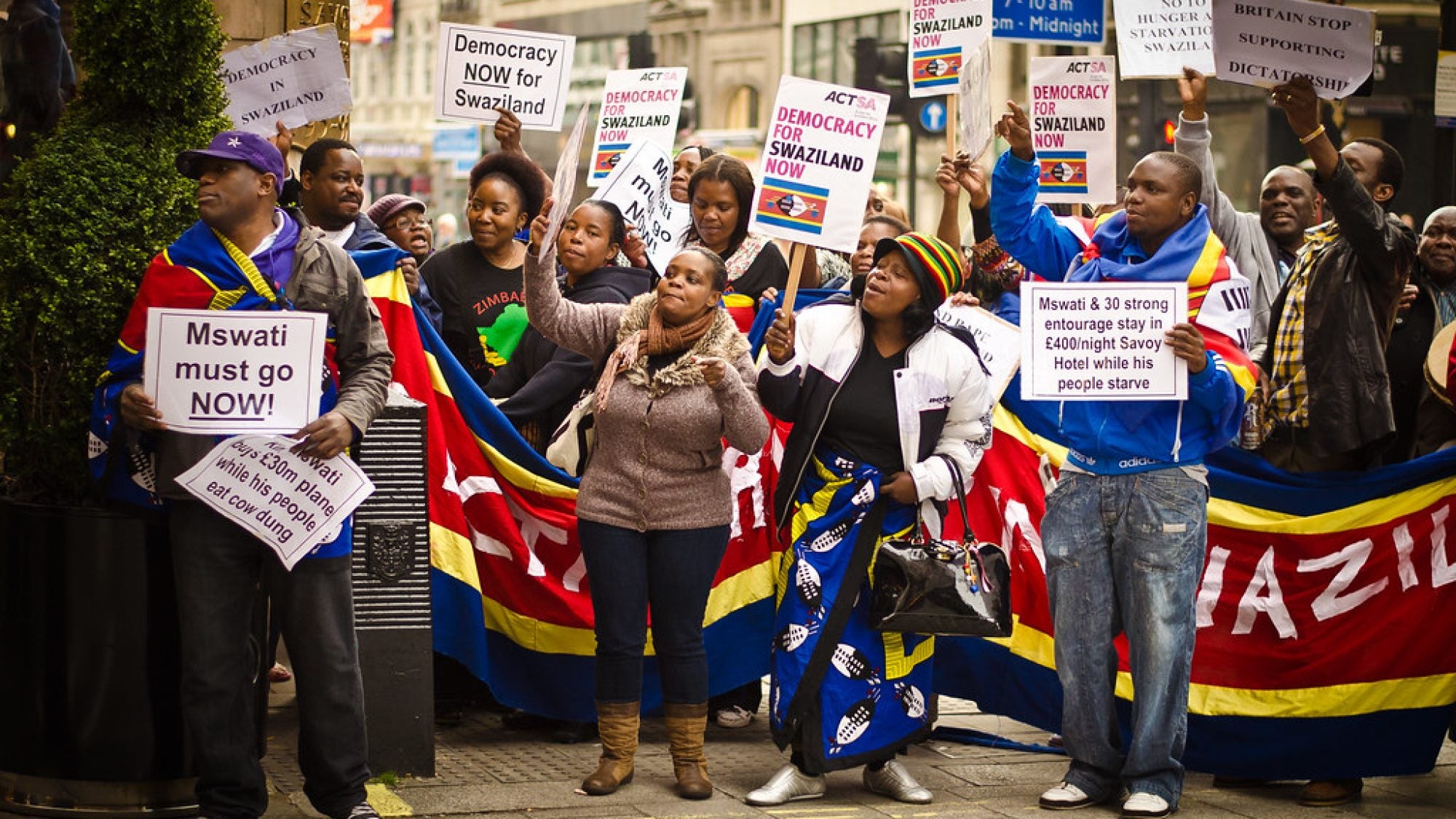 In 2021, the small southern African kingdom of Eswatini was rocked by waves of pro-democracy protests which demanded inclusive dialogue without victimisation, the recognition of all political parties, a transitional authority, and the ability to elect a civilian Prime Minister rather than having the king appoint the position. The protests were met with increasingly intense violent force from the regime of the absolutist monarch, King Mswati III. As youth movements and students unions have continued their protests into 2022, the country now faces a protracted stalemate between a young urban population and an entrenched absolute monarch.

Local organisations and the international community have called for a dialogue process to calm the situation. For such a process to have an effect, those pressing for reform must consider who could be an honest broker, what such a process might look like in addition to articulating end objectives, and detailing what role the King and traditional institutions will have in the transition.

2021: The Year of Unprecedented Unrest

Demonstrations began on May 17 2021 following the death of 25-year-old law student Thabani Nkomanye, allegedly at the hands of the police, four days earlier. In the early phases, the protests were youth driven, organic manifestations of anger, with minimal coordination through social media and few formal organisations involved. The country’s youth attacked police stations, protesting police brutality, and were confronted by security forces that fired live rounds. Rather than quashing the protests, the intensity of the response turned youth activism into a lightning rod for a myriad of other political, social, and economic grievances.

As the situation escalated, political organisations, parties, and individuals mobilised to capture the groundswell of frustration and used it to push for pro-democratic political reforms. Eswatini’s unique Tinkhundla political system comprises a national assembly made up of 10 members appointed by the King, and a further 55 who are elected but cannot stand on behalf of a party and, prior to national elections, have to be vetted and approved by chiefs. Despite declining turnout at elections, the system retains some popular legitimacy. It was an important channel through which citizens voiced their frustrations in 2021 with the majority of MPs receiving petitions from constituents calling for change. Former Acting Prime Minister Themba Masuku’s decision to ban citizens from submitting petitions to MPs in June sparked violence, and importantly, removed one of the few conduits through which citizens had a voice within the system. Shortly after the ban, two pro-democracy MPs were arrested and a third fled the country to avoid incarceration.

Local and international actors and organisations have called for a national dialogue in Eswatini, including the United Nations (UN), African Union (AU), and Southern African Development Community (SADC), political parties, civil society and faith groups. There are three key questions that remain unanswered: Who would participate? Who would lead it? And what are the red lines for both sides, especially with regards to defining a secure position for the monarch. Without a defined and protected role for the King going forward, establishment actors are unlikely to enter into a meaningful dialogue. A meeting of pro-democracy groups held in South Africa in December concluded that the monarchy should be retained as the shared heritage of the Swazi nation but under a democratic constitution. Hardliners advocate for its outright removal.

The range of actors involved in the protests has grown over time, incorporating youth movements, political parties and organisations, trades unions, civil society, faith groups and others. One of the longstanding criticisms of the opposition in Eswatini has been that they have often been fragmented and not united in their push for change. This changed in 2021, and the September call for a week of action represented a new moment of unity for pro-democratic forces in the country.

A second issue on the question of participation is that the status of political parties remains undefined. While the 2005 constitution protects the freedom of assembly, the King and those around him have repeatedly asserted that this does not include political parties, which remain prohibited from participating in elections. The leading pro-democracy parties, People’s United Democratic Movement (PUDEMO) and Swaziland Youth Congress (SWAYOCO), are outlawed under the Suppression of Terrorism Act of 2008. A national dialogue on political grievances that does not include leading pro-democracy groups would lack credibility. And yet, for an external broker to bring them to the table may be seen as an acknowledgement of their de facto legitimacy which may be construed by the establishment as forcing its hand.

The complex relationship between traditional and democratic institutions is an important consideration for brokering engagement between the monarchy and pro-democracy movements. The King has stated that a national dialogue will be held through Sibaya – a traditional gathering at his Kraal – and the 2022 budget has committed 22 million lilangeni (around USD 1.5 million) towards the process. Yet this has been widely rejected by opposition voices as being neither neutral ground nor a realistic platform for exchange, as at the 2021 Sibaya the King spoke at length to his subjects but didn’t receive interventions from citizens.

Any broad-based dialogue process must also include existing forums and institutions, such as parliament, and consider the role of the media and other channels of information to widen participation.

While SADC is drawing up terms of reference for a dialogue, it may have already lost its ability to be seen as an honest broker. In July 2021 a SADC fact finding mission to the country met with the monarchy and pre-approved civil society groups. But groups excluded from the mission hijacked a meeting and SADC left with its tail between its legs. Subsequent visits, including SADC envoys drawn from South Africa, Botswana, and Namibia, and a visit from the Chair of the SADC troika on peace and Security, President Cyril Ramaphosa of South Africa, have all privately reported back to SADC, but have led to very limited public pronouncement of action. One challenge the body faces is that there is no precedent or roadmap from within the region for the types of reform under discussion in Eswatini.

Mswati and his advisers could take ownership of the reform process and shape their own future. The monarchy’s failure to recognise the changing dynamics of the country, legitimate economic grievances, and the young voices calling for recognition and respect for human rights will compound the country’s problems and not solve it. The country is at risk of falling into a protracted stalemate, with cyclical violent outbursts threatening property, investments, and accelerating socio-economic deterioration. Domestic pro-democracy groups have articulated their demands. They now need to work with international organisations, and sympathetic elements of the establishment, to set out their own roadmap for dialogue.

Christopher Vandome is a research fellow with the Chatham House Africa Programme. His research focuses on the political economy and international relations of Southern Africa, as well as regional peace and security, environmental issues and extractive industries. Christopher writes and comments regularly in regional and international publications and media outlets and platforms. He is the author of the Chatham House report Swaziland: Southern Africa’s Forgotten Crisis. 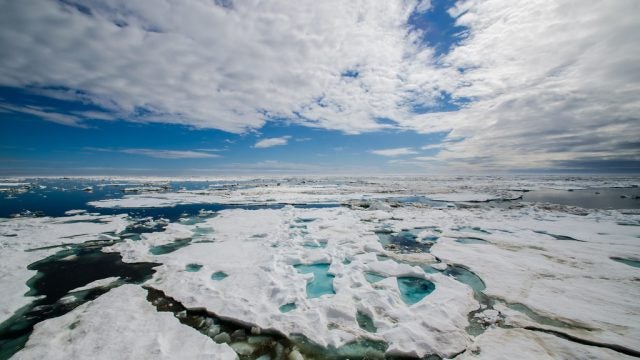 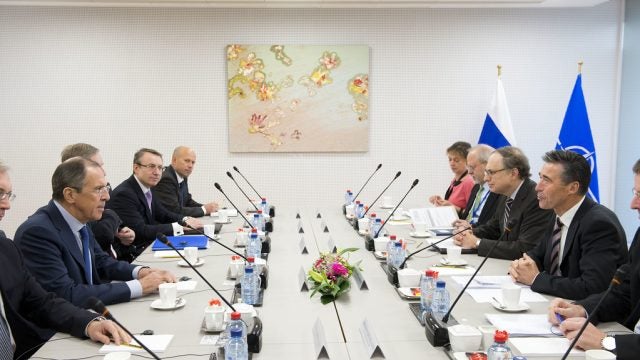 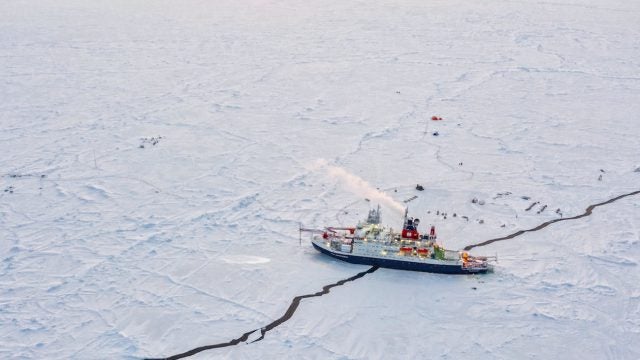