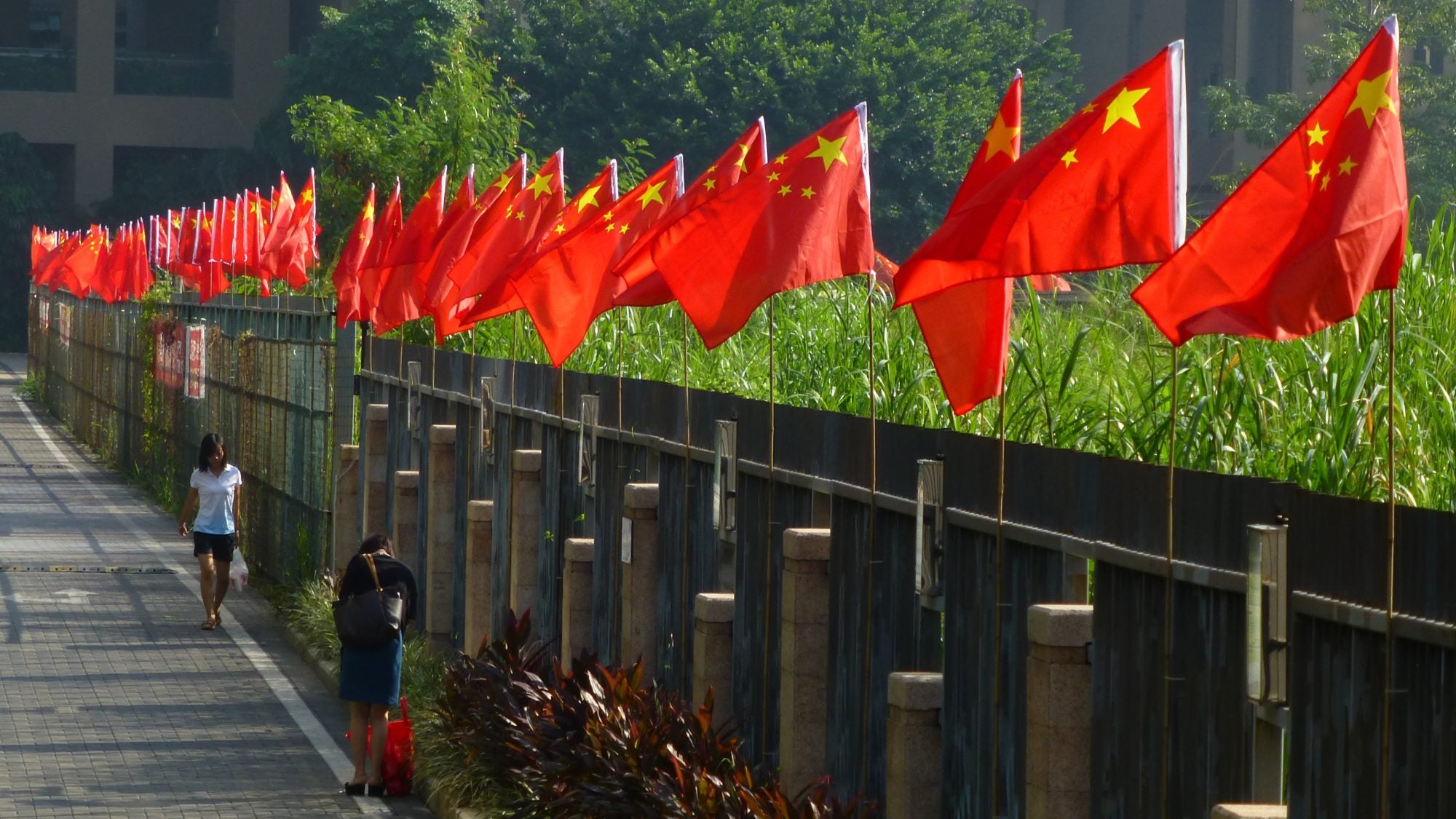 Title: Power Transition and the Dynamics of U.S.-China Competition

To grasp the true meaning of this prolonged confrontation, one must first understand the three “no-stops” that will most likely continue until the end of this century. First, China’s economic and military growth will not stop. Second, America’s bipartisan determination to prevent China from bypassing the United States will not stop, as evidenced by President Biden’s claim in 2021 that China won’t surpass the United States as global leader on his watch. Third, China’s determination to achieve its modernization via zhanqilai (standing up), fuqilai (getting rich), and qiangqilai (becoming strong) will not stop.

It was Washington who first characterized U.S.-China relations with the term “rivalry.” The inauguration of Joseph Biden as the President of the United States in January 2021 did not significantly alter America’s foreign policy towards China. The administration continues to perceive China as the greatest current threat to the United States, as demonstrated by ongoing trade and technological wars with China, U.S. deployment of warships to the South China Sea under the motive of “freedom of navigation,” and open acknowledgement that there are U.S. military personnel stationed in Taiwan for the purpose of training Taiwanese troops.

However, there are also some major differences between the current administration and the previous one. President Biden has placed more emphasis on multilateral operations vis-à-vis China by enhancing the Quadrilateral Security Dialogue (QUAD) with Japan, Australia, and India, launching a new security framework with Australia and the United Kingdom (AUKUS), and selling a nuclear submarine to Australia. In addition, the administration has invited powers like France and Germany to send warships to the Indo-Pacific.

Today, there are two rising groups of power on the world stage. The first is led by the United States and is comprised of NATO, AUKUS, the QUAD, and most developed countries. The second is led by China and Russia along with a few developing countries, such as members of BRICS, and the Shanghai Cooperation Organization. Although President Biden openly announced in his speech at the United Nations in September 2021 that the United States is “not seeking a new cold war” with China, it is evident that Washington’s relations with Beijing and Moscow in the first half of the Biden administration have continued to deteriorate, following in the footsteps of the Trump era.

In response to Biden’s (and Trump’s) policy of competition and trade wars with China, there have been mixed signals for the future direction of U.S.-China trade relations. While some politicians have called for the United States to “decouple” from China, others, especially the business community, suggest the opposite. The U.S. Trade Representative, Katherine Tai, for example, suggested the “recoupling” of Chinese and U.S. economies in her talk in October 2021. The Chinese Ambassador to the U.S., Qin Gang, immediately responded, calling the talk “positive,” and stating that “the two sides can sit down and sort out the areas of ‘decoupling’ and how to get them ‘recoupled.’”

But this is not to say that U.S.-China relations will inevitably lead to military conflict in the future. Competition is not war. As the two largest economies in the world, China and the United States are not only deeply interdependent, but they also share a common responsibility for the whole world. Therefore, avoiding large-scale military conflicts should be a common desire for both sides. For example, the strategic and diplomatic agreements reached between China and the United States on the issue of Taiwan during the eras of Nixon, Ford, Carter, Reagan, Bush (41), Clinton, Bush (43), and Obama demonstrated intentions for peaceful co-existence between the two powers, signifying hope for the future.

But exactly how much diplomacy is warranted? Rising challenges posed by global pandemics, climate change, financial crises, the increasing gap between rich and poor, and the Russo-Ukrainian war have evoked different opinions on whether great powers—particularly the United States and China—should cooperate on these crises. One can see the prospects of such cooperation in dealing with climate change: in April 2021, for example, in Shanghai, U.S. Special Presidential Climate Envoy, John Kerry, and Chinese Special Climate Envoy, Xie Zhenhua, signed the “U.S.-China Joint Statement Addressing the Climate Crisis,” pledging that “the United States and China are committed to cooperating with each other and with other countries to tackle the climate crisis.”

Although there has been a question in recent years as to whether China would replace the United States as the world’s leading power anytime soon (so-called “power transition”), Beijing has repeatedly denied that it has such an intention to do so. China has made noticeable progress not only in economic development, but also in areas such as anti-corruption, poverty alleviation, and climate change. China’s future role on the global stage in the foreseeable future depends on its internal stability and the development of its political and socioeconomic conditions. Therefore, one should examine not only the external factors, but also the domestic issues of both powers in order to understand the nature of their relationship.

Chinese domestic politics is negatively affected by factors like widespread corruption, which leads to social unrest and instability. Moreover, although China’s economic “hardware” has developed rapidly (such as high-speed railways and other infrastructure projects), its “software” (such as banking and service industries) is comparatively less developed, which renders Chinese economy vulnerable when facing global financial crises. The authoritarian nature of China’s political system and lack of transparency damages its international image and weakens its soft power, whereas the huge economic gap between coastal and inland provinces may contribute to increased social inequality and instability in Chinese society. Lastly, an aging population will potentially lead to a slowdown of the Chinese economy, and damage to natural resources hints at severe ecological and environmental problems in the future. All these negative factors will hurt China’s drive for modernization, and the lack of transparency in its decision-making process will not be conducive to its cooperation with its neighboring countries, as well as the United States.

By the same token, negative domestic issues pose challenges for the America’s future development. The COVID-19 pandemic has hit the U.S. hard, making it the leading country in the world for COVID-related deaths, reflecting poor governance by both the federal and state governments. Gun violence and high crime rates have long been major problems, while high inflation, poor infrastructure, and supply-chain issues further weaken the U.S. economy. At the same time, a Time magazine cover story claims that the United States is no longer a “United States of America,” but rather a “Divided States of America” due to domestic political confrontation, as evidenced by the January 6 Capitol insurrection. Minority groups—African American, Asian American, Middle East American, or Latinos—are treated like second-class citizens. The new anti-Asian and, specifically, anti-Chinese sentiment has enhanced the perception that the United States is no longer a welcoming place for immigrants, nor attractive to those with global talents. All these negative developments have enormously damaged the U.S.’s image in the world, tarnishing its reputation as a lighthouse for democracy and reflecting its “political decay.” These negative factors, if not corrected, may lead to the continuous decline of the United States’s influence in the world.

These domestic factors will have effects on the U.S.-China rivalry, beyond economic and military dimensions. For instance, Kiron Skinner, the Former Director of Policy Planning for the U.S Department of State, stated in 2019, “China is the first great power competitor that the United States has faced that is not Caucasian.” Despite her comment being historically inaccurate (as the US fought Japan during the Second World War), this kind of racist comment reflects the motives of some decision-makers in Washington who believe that the U.S.-China competition is simply a battle between “whites” and “non-whites.”

On the other hand, since both Washington and Beijing were able to make “self-corrections” through political and socioeconomic change in recent history, such as the Vietnam War for the U.S. and the Cultural Revolution for China, they can also make efforts to correct the negative factors mentioned above. This way, the two powers may find more opportunities to cooperate, thereby avoiding undesirable and catastrophic military confrontation.

Quansheng Zhao is Professor of International relations at American University’s School of International Service, and Chair of AU’s Asian Studies Research Council. Dr. Zhao is the author of Interpreting Chinese Foreign Policy (Oxford University Press, winner of the Best Academic Book Award by the Ministry of Culture of the Republic of Korea), Japanese Policymaking (Oxford University Press/Praeger, selected as “Outstanding Academic Book” by Choice) and Great Power Strategies: The United States, China, and Japan (Routledge, forthcoming). Professor Zhao is Editor of Global China (haiwai kan shijie) and a member of the National Committee on U.S.-China Relations. He has also testified at the U.S. Congress on China’s high-speed railway system.