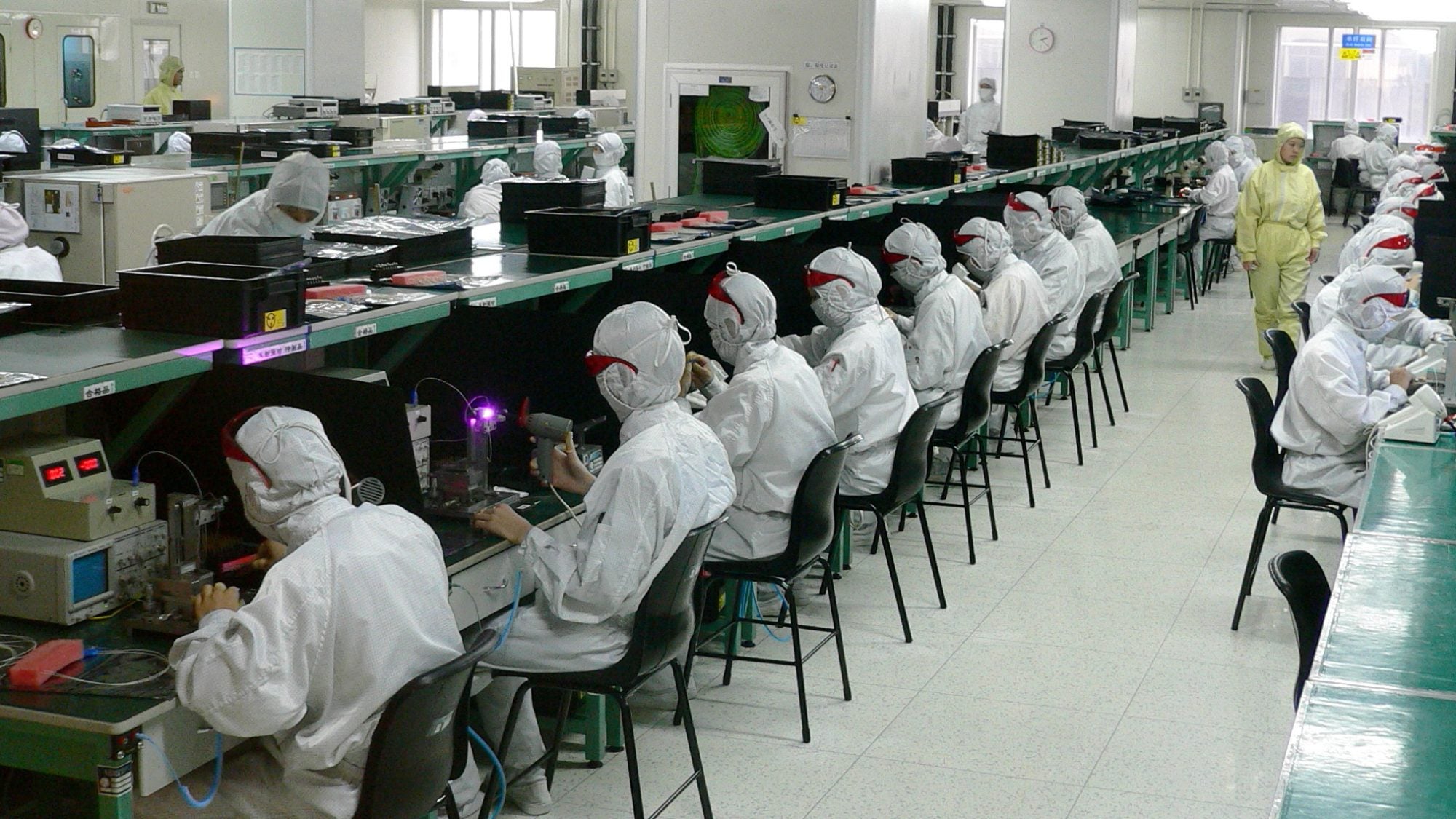 Title: Military-Technology Competition Between the United States and China

Despite increased attention paid to Afghanistan and Ukraine over the past nine months, the focus of U.S. foreign policy must remain on China, the sole long-term competitor to the United States and the biggest threat to the liberal international order. While China has been focused on this competition for decades, the American public is only just starting to wake up to the danger of a resurgent China. As global transitions of power often result in conflict, the United States must prepare for economic, diplomatic, information, and, in particular, military competition with China. There is no better peacetime investment than technological research and development, as seen definitively throughout the interwar period.[1] This article will outline the differences between American and Chinese technological development and the implications for U.S. national security.

Revolutionary scientific discoveries and cutting-edge technological developments are not created in a vacuum. Despite apocryphal stories of apples falling on heads, lightning striking kites, and modern iterations involving college dropouts in garages, science and technology are advanced under very specific conditions. Why is it that the United States dominated technological development in the twentieth century—from the telephone, to heavier-than-air flight, television, nuclear weapons and energy, manned spaceflight, mobile phones, GPS, and the Internet? Is it an accident that this trend continues in the early 21st century—from 3D printing, to genetic editing, social media, and mRNA vaccines? Is American technological dominance guaranteed to continue throughout the twenty-first century and beyond? The answer is that American technological supremacy was neither an accident nor guaranteed. The United States must carefully tend to its technology ecosystem—from education, investment, industrial policy, and military applications—to ensure continued technological and, therefore, military dominance amidst a changing world order. Unfortunately, the bad news is that most of these trends are going in the wrong direction.

As a general matter, people invent technology. Therefore, investing in science, technology, engineering, and mathematics (STEM) education is essential to maintaining technological dominance. However, according to the Programme for International Student Assessment, Chinese teenagers ranked first for science and mathematics while the United States ranked eighteenth and thirty-first respectively. China has produced more STEM PhDs than the United States since the mid-2000s and is projected to triple the number of Americans receiving those degrees by 2025 when excluding international students studying in the United States. China now boasts the top computer science and engineering university in the world, Tsinghua University, according to the U.S. News and World Report, along with five out of fifteen of the top computer science programs and eight out of fifteen of the top engineering programs. Therefore, we shouldn’t be surprised that China recently surpassed the United States for the top spot in the global patent race (a 200 fold increase in the past twenty years) as well as most research publications.

Clearly, the United States is quickly losing ground. There is perhaps no better predictor of our technological future than our STEM education and academic institutions. The United States must recognize this crisis and address it immediately. The Office of Science and Technology Policy’s STEM Education Strategic Plan represents a good starting point. We must increase federal, state, local, and private investment in STEM education. We must also create a culture that promotes and rewards science and engineering, including “hacking,” “making,” and gaming. We need to ensure that our greatest national asset, our diversity, is represented in the STEM field to fully leverage the potential of students from every background. And we must expand and improve our immigration system, especially H-1B visas, to ensure that the best and brightest from all around the world are able to study and work in the United States.

Lack of Research and Development

A nation that wishes to be a technological hegemon must also develop strategic plans and invest significant funds in research and development (R&D). In both categories, the trends are concerning for the United States. While in 1960 the U.S. accounted for 69 percent of the world’s R&D funding, by 2019, its share of expenditures was only about 30 percent . Meanwhile, China’s share of global investment has risen from 5 percent in 2000 to 24 percent in 2019. In the case of China, these changes have correlated with national strategies to prioritize science and technology, including China’s fifteen-year Medium and Long-Term Plan for Science and Technology Development, New Generation Artificial Intelligence Development Plan, and Made in China 2025. Admittedly, while the decline in U.S. investment correlates with our decline in relative GDP after World War II, no substantial national strategy, plans, or policies have been put in place to offset this trend despite the increasing attention paid to R&D by our competitors. As a result, U.S. federal spending on science and technology as a share of GDP has declined from as high as 6 percent in the 1960s to 2.5 percent in 2018.

A U.S. Science and Technology Strategic Plan could reverse this trend. Such a plan, led by the President and coordinated through the Office of Science and Technology Policy in the White House, would be implemented by federal interagency coordination, especially the Department of Defense, the National Institute of Health, the Department of Energy, and the National Science Foundation which are the biggest R&D funders in the U.S. government. It would require close coordination with Capitol Hill, which authorizes and appropriates federal funds, but would also need to be designed and implemented in close coordination with state, local, and private funders. Although the United States should not and would not tolerate five- and fifteen-year plans like those designed by the Chinese government, coordination, funding, and programming around scientific research and emerging technologies could start to reverse current trends. Tragically, no such effort exists, and while some organizations are starting to lay the groundwork, a wartime effort is required.

Beyond education and investment, private technology companies and industrial policy are critical enablers of national science and technology, especially as business-funded R&D is now more than double federal investment. In China, lines between the government, military, and industry are notoriously blurred. Indeed, most Chinese “national champions”—Alibaba, Baidu, Tencent, Huawei, ZTE—are key elements of China’s civil-military fusion strategy. Abroad, China is engaged in corporate espionage, forced technology transfers, and hostile takeovers of American technology companies, often requiring responses by the Committee on Foreign Investment and the FBI. As with education and investment, China has a clear strategy and is executing it successfully.

Meanwhile, American industrial policy since the Cold War has aimed to consolidate large defense technology contractors – resulting in less competition and innovation – and, more recently, to break up big U.S. technology companies. Additionally, the United States continues to be hampered by the much purported divide between Silicon Valley and the Pentagon, in part myth, in part practicality, but also a reality resulting from the failure to understand the problems discussed earlier. While there have been initiatives in recent years to promote engagement with small businesses, we need closer, voluntary collaboration between government and industry, such as sharing cutting edge technology and developing next generation capabilities through large technology companies and innovative startups. We must build an American Great Firewall to keep Chinese spies, hackers, and saboteurs out of our networks and away from our intellectual property. Otherwise, the thriving U.S. technology industry will slowly decline as our innovations are stolen, copied, and simply outperformed by Chinese competitors.

Building upon the foundation of education, investment, and industry, the military dimension of technology development is one of the key dimensions of twenty-first century competition with China. In February 2022, Secretary Heidi Shyu, the Chief Technology Officer of the Department of Defense, released her new fourteen critical technology areas for the United States to achieve “technological superiority amidst a global race for technological advantage.” Any one of these technologies is critical in the competition with China, but space technologies serve as a prime example of the complex dynamics at play.

Despite winning the space race and landing a man on the moon in the mid-twentieth century, U.S. capacity has been atrophying, relying on Russian rockets for human space flight from 2011 until 2020. However, this trend is starting to reverse thanks in large part to a booming commercial space industry, especially SpaceX. Meanwhile, China landed a spacecraft on the dark side of the moon and is racing to beat the United States to Mars. Enabled by space technologies, China recently tested a hypersonic missile that flew around the entire world at speeds five times the speed of sound while maintaining maneuverability, described by military leadership as “stunning” and “a really big deal.” Meanwhile, China has been developing increasingly capable anti-satellite weaponry that can blind, damage, destroy, or even capture U.S. satellites. Indeed, China has an entire branch of its military devoted to space, cyber, and electronic warfare called the Army Strategic Support Force. The United States created the Space Force as a sixth military service branch in 2020, but it remains the smallest military branch focused predominantly on satellites and does not have a cyber or electronic warfare equivalent.

China is preparing for an “informationized” war with a near-peer competitor while the U.S. federal government can barely “fix our computers.” Despite being frequently lauded for spending more than the next eleven countries combined on national defense, Americans infrequently ask: on what? Most of that funding goes to sustaining legacy capabilities, near-term readiness, and personnel issues instead of long-term technology research and development. It is clear that this spending will not result in war-winning technologies that determine the outcome of a conflict with China.

So, why does any of this matter? Idealists might say that it is better to avoid conflict or warn against building these military technologies in the first place. Techno-skeptics might look at the impacts of automation on employment and inequality and the fears of artificial general intelligence in the future and say “slow down.” Pessimists might purport that the United States cannot compete with China economically or technologically and so we should surrender to the whims of the Chinese government. Yet, we neither chose this competition nor can we choose to avoid it. It is nothing short of a clash of civilizations and a competition of ideas: democracy versus authoritarianism, openness against closeness, rule of law or rule by law. It is a fight over the liberal international order that has brought peace, prosperity, health, and happiness like the world has never seen; a defense of enlightenment values of pluralism, representative government, and the freedoms of speech, press, and religion.[2] Military-technology competition is just one component of this competition, but the stakes could not be higher. The United States must recognize the problem and have the will to address it.

[2] Rosling, Hans, Factfulness: Ten Reasons We’re Wrong about the World and Why Things are Better Than You Think (2019).

Joe Schuman is a Department of Defense (DoD) civilian with work experience on the Joint Staff and the Office of the Undersecretary of Defense for Research and Engineering. At the DoD’s National Security Innovation Network, Joe served as the founding director of the National Service Portfolio, building a suite of programs to solve real-world DoD problems through STEM courses, internships, fellowships, and hiring initiatives. Joe is also an Officer in the Air National Guard, where he leads his Wing’s SPARK Innovation Cell, and is the founder of Divided We Fall. Joe holds a Bachelor of Science in Mechanical Engineering from the Massachusetts Institute of Technology. Opinions expressed are his own and do not reflect the views or opinions of the Department of Defense or the National Guard.