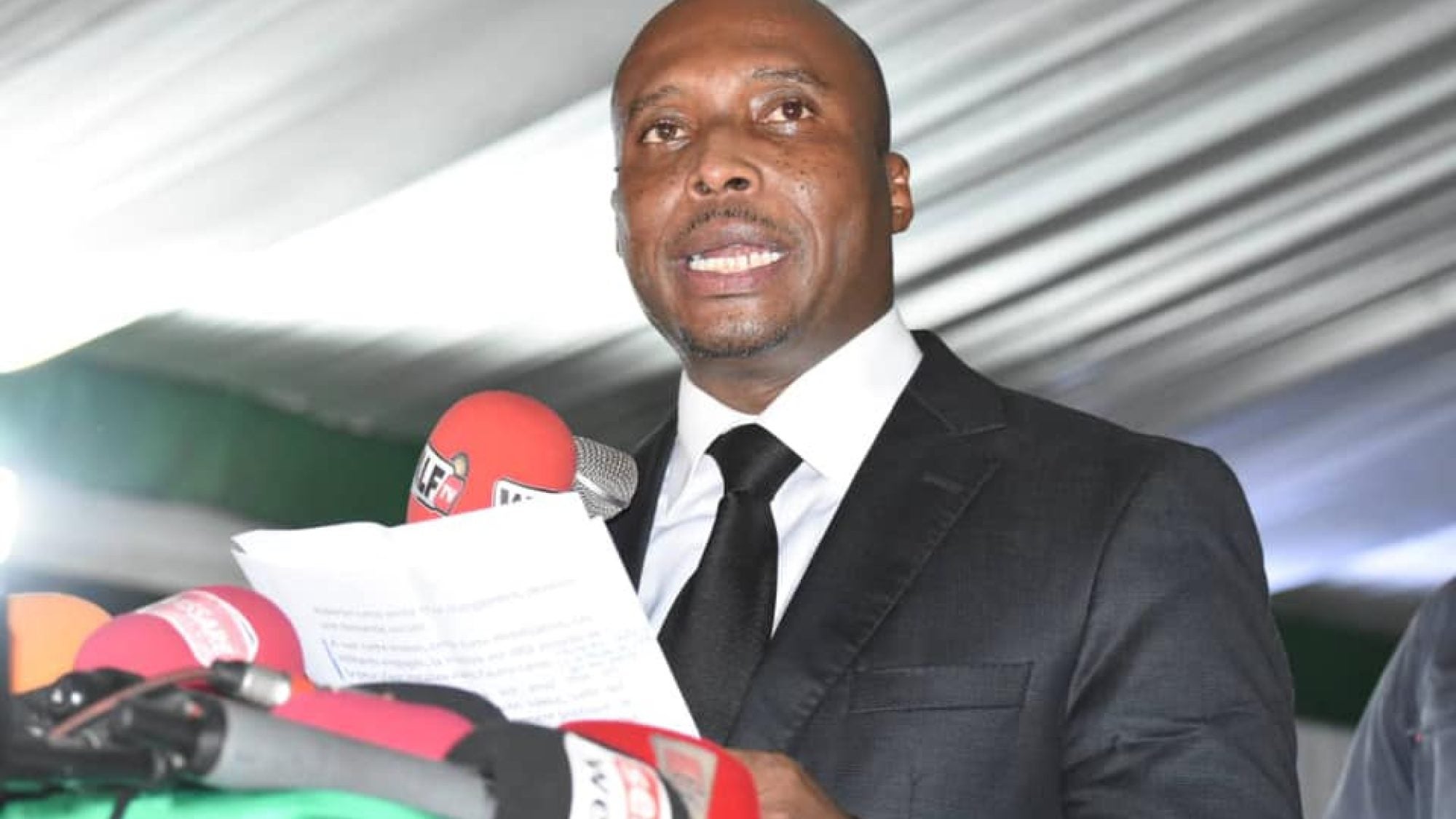 Title: Questions of Justice, Governance, and Rule of Law Surround the Local Elections in Senegal

Long considered a bastion of democracy in Africa, Senegal held elections for its departmental, municipal, and city councils in January.  Opposition figures won several key positions, including the mayorship of the capital city of Dakar, a stepping stone for presidential hopefuls.  But the elections were more than just elections; they are linked to other pressing rule of law issues in Senegal, from youth political inclusion to judicial independence. To make politics work better for citizens in between elections, executive branch commitment to reforms on these issues is crucial.

This year has already been a momentous one for Senegal.  In early February, President Macky Sall took over the Chairmanship of the African Union. The next day, Senegal’s soccer team clinched a rousing victory in the African Cup of Nations, leading Sall to return from the African Union Summit early and invite opposition leaders to the airport’s VIP Lounge for the team’s homecoming.  The celebration came the week after Senegal’s successful local elections, originally scheduled for 2019 but delayed twice. Viewed as a barometer for the July 2022 parliamentary race and the 2024 presidential contest, the local elections resulted in several key opposition wins, including the mayorships of the capital city, Dakar, and of regional hubs like Thiès and Ziguinchor.  But the elections matter beyond their results alone.  They also feed into the major rule of law issues that Senegal is currently grappling with, from youth inclusion in politics to judicial independence.

While reputed as a bastion of democracy, tolerance, and grassroots civic engagement in Africa, Senegal is weathering rising political tensions concerning the treatment of opposition figures on the streets and in the justice system. These tensions contributed to popular protests in 2021 and have intensified as politicians, analysts, and the press debate whether President Sall will attempt an illegal third-term run that he promised not to seek in 2017, but has been more agnostic about recently.

Cast in this light, Senegal’s January elections were an important milestone. Given the recent spate of military coups in Africa, Senegal’s peaceful holding of competitive elections is a bright spot for democratic and civilian politics. However, the election dynamics also demonstrate why it is important for Senegal to strengthen rule of law and governance in between elections. Doing so could fortify Senegal’s long tradition of competitive politics and make it work better for citizens.

Senegal held elections for departmental, municipal, and city councils on January 23, 2022.  Opposition figures won several key positions, and two of these victors are notable prospective contenders in the 2024 presidential race. One is the new mayor of Dakar, Barthelemy Dias, a rising star in the breakaway faction of the Socialist Party led by past presidential hopeful and ex-mayor, Khalifa Sall. Another is the new mayor of Ziguinchor, Ousmane Sonko, a former bureaucrat turned anti-corruption whistleblower whose party, Patriots of Senegal for Work, Ethics, and Fraternity, has built momentum particularly among urban youth. These strands of opposition ran their candidates together as the “Yewwi Askan wi” (Liberate the People) coalition. They faced off against the ruling “Benno Bokk Yakaar” (United in Hope) coalition, which also scored significant victories.  The “Wallu Senegal” (Save Senegal) coalition, led by the Senegalese Democratic Party (PDS), which ruled from 2000 to 2012 and leads the parliamentary opposition, had a less successful showing.

The strong opposition performance is significant not only for what it portends for future races, but also because the Sall administration’s use of the law and courts against opposition leaders—many of whom are relatively young—affects the rule of law and governance in Senegal between elections.

As the victories of Dias and Sonko demonstrate, a new generation is gaining political representation in positions with upward mobility. This trend raises questions about young activists’ relationships with security officials, as well as with politicians and political parties.

Dias entered politics two decades ago and became a youth leader within Senegal’s Socialist Party.  More recently, young supporters mobilized around Dias as he answered judicial convocations about murder charges from a deadly confrontation in 2011 with ruling party affiliates (to which he pleaded not guilty). In November 2021, as he won his coalition’s nomination for mayor, Dias was arrested and briefly detained along with Sonko on the way back from a court summons, sparking violence between opposition supporters and security forces. The events illustrate how youth political activities can create challenges for security officials in adhering to the rule of law as they manage crowds and popular assemblies during periods of intense political rivalry.

Sonko’s election as mayor of Ziguinchor is another example of the new generation’s influence. The forty-seven year old, who began his public service career as a tax inspector and as a whistleblower on corruption, has quickly garnered a popular following. He is widely considered to be one of President Sall’s major rivals in the 2024 presidential race. Employing bold rhetoric about fighting corruption and abolishing the CFA franc, Sonko took third in the 2019 presidential election, commanding 15 percent of the vote. Generally, his following taps into a critical mass of youth concerned about inclusive governance and who have been disillusioned with the country’s longer-standing political parties. The peaceful and constructive engagement of youth in politics will require going beyond merely law enforcement; it will also necessitate empowering youth to exercise their rights and participate in public policymaking and government oversight.

Senegal also faces a growing judicial crisis. One potential blow to public confidence came less than two weeks after local elections, when the prosecution announced that it would seek a five-year criminal sentence against Barthelemy Dias in his appeal of a prior two-year murder sentence linked to electoral violence in 2011. Under the electoral code, the five-year sentence could disqualify him from running for future office. It is the latest in a series of conspicuously-timed battles that opposition front-runners have faced in courts influenced by the executive branch. Grievances about the Sall administration’s strategic and selective charging of opposition leaders with criminal offenses began in 2015 with the prosecution of former President Abdoulaye Wade’s son Karim. It continued with Khalifa Sall. Now, it extends to Sonko and possibly Dias.

Both Wade and Khalifa Sall were charged with corruption-related offenses. Wade was convicted in 2016 of illicit enrichment and embezzlement of $238 million, for which he was fined and sentenced to six years in prison by the Court for the Repression of Illicit Enrichment. In 2018, former opposition front-runner Khalifa Sall received a five-year criminal sentence for embezzling $3 million during his mayorship. Neither Wade nor Sall was allowed to run for president in 2019 due to these criminal convictions. Conviction on still-pending rape charges could eliminate Ousmane Sonko from running in 2024 as well.

The state’s enforcement of anti-corruption laws in ways that have eliminated presidential hopefuls like Sall and Wade from the running—without also avidly pursuing suspects affiliated with the ruling party—has bolstered perceptions that the executive branch selectively enforces the law and deploys the judiciary for political gain. This perception also applies to the aforementioned “Sonko affair.” Not all of these investigations, detentions, and prosecutions have been unfounded, but aspects of several of these probes have raised eyebrows. The ECOWAS Court of Justice determined that Khalifa Sall’s detention was arbitrary between August and September 2017 and that the state had wrongfully denied him rights to a fair trial. Although the corruption charges against Wade were less widely viewed as illegitimate, the United Nations Human Rights Council also denounced Wade’s detention as arbitrary. Questions of guilt and innocence aside, the selection of targets for prosecution and the timing of proceedings have perpetuated the impression that Senegal’s judiciary is not currently structured to withstand partisan interference from the executive branch.

Several judicial officials have decried executive interference with the judiciary. In 2017, Judge Ibrahima Dème resigned from the High Council of Magistrates (CSM), raising concerns about executive branch influence within the body that affects judges’ impartial selection and security of tenure. The CSM is supposed to independently oversee judicial nominations and disciplinary actions. However, the President of the Republic currently serves as president of the CSM and the Minister of Justice as vice-president, which allows the executive significant influence within the CSM. In 2018, days before the Khalifa Sall verdict, Dème resigned from the bench completely, denouncing “the President’s failure in his constitutional obligation to guarantee the independence of th[e] institution” and criticizing “part of the judicial hierarchy who spread within the body a culture of submission that progressively replaced a long culture of honor, dignity, and independence.”

Another consistent advocate for judicial reform has been the former president of the Senegalese Union of Magistrates (UMS), Souleymane Téliko, who initiated a 2017 colloquium on judicial independence where participants recommended tempering executive branch power in the CSM.  Other judges made similar suggestions earlier.

Citizens, too, demanded more judicial independence during consultations like the Assises Nationales (2008-9) and National Commission for Institutional Reform (2013). Judicial reform is not only desired, but also critical for leveling the playing field.

Rule of law is more than simply enforcing the laws on the books. It also entails the inclusion of all citizens in governance processes that influence not only the content of a country’s laws, but also how state officials and citizens interact in the spirit of those laws. Beyond that, rule of law is about government officials and citizens ensuring the law’s fair and equitable application to ruling and opposition politicians alike, and to all citizens regardless of who they are, through a justice system that is truly independent of the executive branch.

On all of these counts, Senegal has work to do. Reforming the CSM in ways that reduce executive branch influence over the judicial corps would recalibrate the government’s balance of powers and create new opportunities to increase citizens’ confidence in the judiciary. Senegalese youth should be empowered to pursue healthy forms of activism, social movements, and protest, even if some are disillusioned with certain politicians’ and political parties’ approaches to governance. Leaders, donors, and partners would be wise to harness the positive potential of youth and seek peaceful ways to engage them in enhancing transparency and accountability. Bolstering the rule of law in these ways could make multiparty politics work even better for citizens.

Dr. Catherine Lena Kelly is Associate Professor of Justice and Rule of Law at the Africa Center for Strategic Studies. She is the author of Party Proliferation and Political Contestation: Senegal in Comparative Perspective (2020, Palgrave). The views expressed are hers and not an official policy or position of the National Defense University, Department of Defense, or U.S. Government.