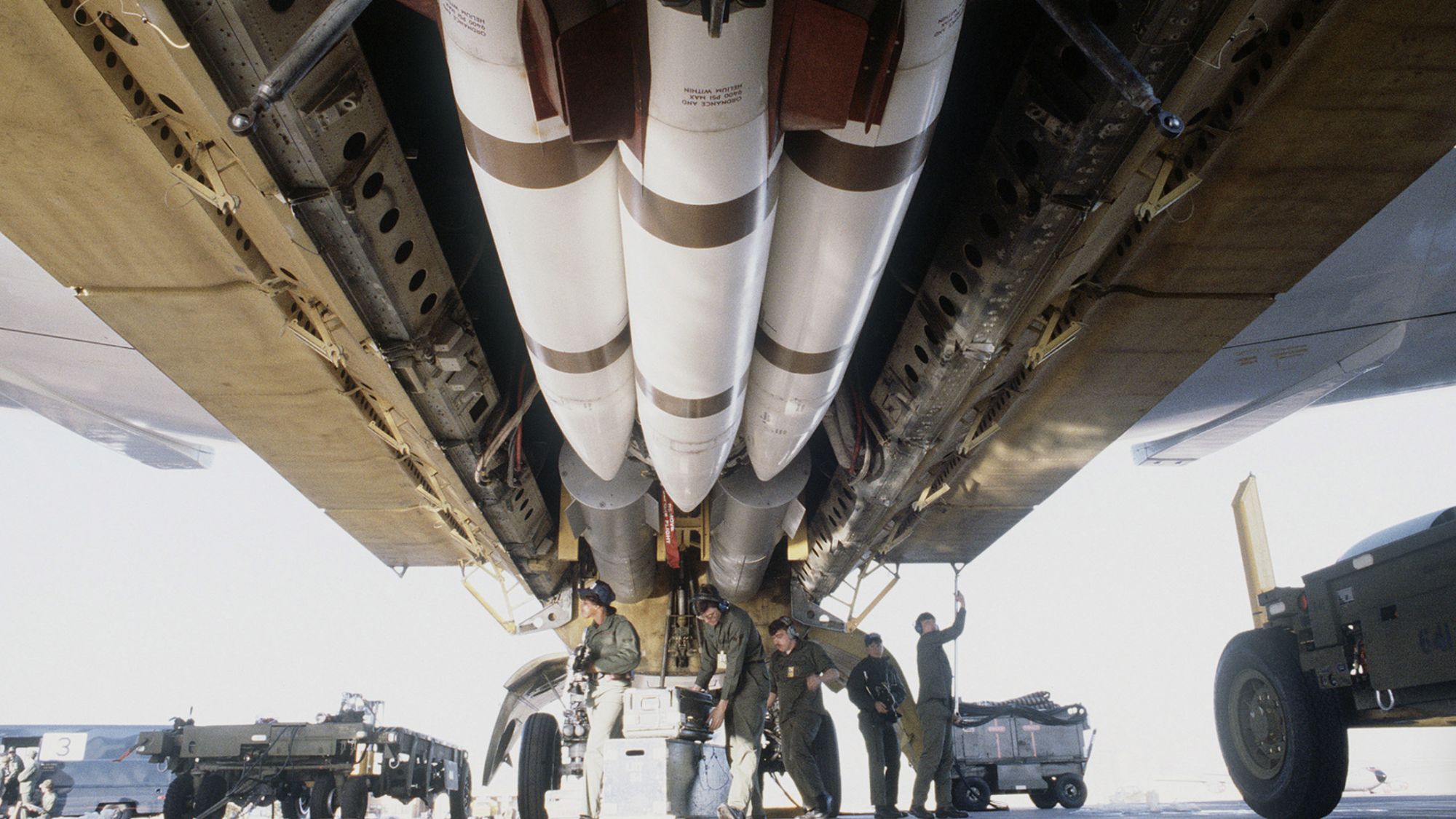 Title: Risks of Nuclear Escalation after the End of War in Ukraine

Attention is concentrated on the risk that the war launched by Russia against Ukraine could escalate to a nuclear exchange. That risk exists but appears to be relatively low. There is another danger, however, which has so far remained unnoticed: the risk of nuclear war may sharply increase after the war ends depending on Western policies towards Russia. Under some versions of “regime change” policies, the risk of escalation may grow to an unacceptable level.

When Russian President Vladimir Putin warned the West that “whoever tries to interfere with what we are doing and, even worse, creates threats to our country… must know that the response of Russia will be instant and will have the consequences you have not encountered in your history,” there was little doubt that, for the first time since the Berlin crisis in 1961, Europe faced the prospect of a nuclear conflict between Russia and NATO. This message was reinforced three days later by an announcement about the increased alert level of Russian strategic forces.

Most importantly, Putin’s references to nuclear weapons were outside the declaratory Russian nuclear policy (outlined in the 2014 Military Doctrine and the 2020 Decree on Nuclear Deterrence), which allowed for the use of nuclear weapons only in the case of an attack against Russia. When Russia invoked nuclear weapons outside its declared strategy, the West has had to plan and implement its policy with respect to the war in Ukraine under conditions of unprecedented uncertainty.

There are two possible paths toward nuclear escalation, but only one has enjoyed the attention of policy experts—the direct military involvement of NATO in the war in Ukraine. The other, perhaps more dangerous path may begin after the war ends and depends on what the West will want to do with—or, rather, to—Russia: under some versions of a “regime change” policy the risk of escalation may grow to an unacceptable level.

Path I: Escalation of War

Facing conditions of uncertainty concerning Russia’s red lines, the West has had to proceed, literally, by trial and error, always unsure about what might trigger an escalation. Western governments have almost unanimously rejected calls for a no-fly zone over Ukraine, which were popular in the first weeks of the war, as this would have brought NATO into full-scale war with Russia not only in and over Ukraine but also in and over adjacent Russian territory. With respect to the provision of military assistance, however, initial caution has given way to steadily growing boldness as Russia has appeared to tolerate the increasing quantity and quality of arms sent to Ukraine.

It would still be wrong to completely disregard the risk of escalation. As NATO continues to test the limits of what is permissible, it may inadvertently cross a Russian red line. In mid-April, Russian Foreign Minister Sergey Lavrov pointedly noted that Russia did not intend to use nuclear weapons “at this stage” of the war, reiterating the nuclear threat after almost a month of silence. The longer the war continues, the closer NATO and Russia will approach the threshold of tolerance.

One sensitive spot that has not received much attention is the Kaliningrad Oblast. Many in Lithuania call for cutting land supply routes to the Russian exclave. Isolation of Kaliningrad could, under extreme circumstances, trigger a Russian military response and a direct conflict with NATO.

That said, the common assumption that escalation of the war in Ukraine will involve nuclear weapons is most likely wrong. According to the 2014 Doctrine, the first stage of escalation involves the use of conventional weapons. Russia has amassed a significant stockpile of these weapons (reliable estimates are not available but likely several thousand) and apparently keeps a share of them in reserve for possible use against NATO.

The priority targets during the conventional phase of a NATO-Russia war would likely be military bases, based on the practice of previous wars using long-range conventional weapons. After an initial exchange with strikes, parties may have an opportunity to take a pause, which will give them a chance to establish contact and perhaps agree on a ceasefire. In a way, the availability of long-range conventional weapons makes escalation of the war in Ukraine to a NATO-Russia conflict more likely because these weapons are perceived by both sides as usable, in contrast to nuclear weapons. However, conventional conflict may be easier to terminate than a nuclear one.

The second path toward the escalation of the conflict to the nuclear level may take place, paradoxically, after the end of hostilities in Ukraine and almost regardless of how they end: a ceasefire that, de facto, accepts Russian occupation of part of Ukraine, a partial or complete Russian retreat, or any other way. Vastly more important is what happens after that.

After active fighting ends, the West will need to decide what to do with or, more properly, to Russia. Without doubt, return to the status quo ante is impossible. Most sanctions will stay in place, including key restrictions on trade and investment and arrest (and perhaps even confiscation) of Russian hard currency reserves in Western banks. It has already been announced that private assets of Russian oligarchs and perhaps many companies will not be returned. Consequently, Russia will remain in political and economic isolation.

The West, however, will face a major choice: whether to limit its pressure on Russia to isolation or press for a regime change. The latter may not be limited to a replacement of Vladimir Putin but could involve an effort to facilitate a democratic transition, which would necessarily involve a degree of external control over political developments, disenfranchisement of the current elite, and other steps similar to what the United States did in Iraq two decades ago.  Russia will be, de facto, presented with a choice between defeat and capitulation.

An attempt at a wholesale regime change and outside control fits into the official red line for nuclear use as defined in the 2014 Military Doctrine: “When the very survival of the state is under threat.” Use of nuclear weapons is traditionally associated with war but there is no reason why this could not happen in response to economic sanctions and political pressure if the outcome is comparable. Vladimir Putin formulated that principle in 2018 in a documentary “Miroporyadok” (World Order), in the following words: “Why do we need the world that does not include Russia?” Clearly, he meant not Russia as a country with a population but as a regime, first and foremost.

The problem extends beyond Vladimir Putin and his immediate entourage. It does not seem likely that his departure would significantly affect the probability of a forceful response to a Western attempt at regime change.  Even an anti-government and/or pro-democracy popular movement along the lines of the 2011 demonstrations would likely also be anti-Western.

According to the only remaining independent Russian polling service, Levada Center, the vast majority of Russians support war in Ukraine and adhere to a negative view of the West, treating it as hostile. An adjustment for the possibility that some respondents were afraid to reveal their true attitude still demonstrates majority support for the war. There has been little effort by the West to make the Russian public accept the truth about the war in Ukraine. To make this perspective acceptable to the Russian public, it should be endorsed by non-Western countries that are perceived as more neutral and objective, such as China or India. Russians would likely reject a purely Western effort.

More pertinently, similar sentiment is shared by the Russian elite. An unintended consequence of sanctions on wealthy Russians has been consolidation of the elite, even those who were and are critical of Putin. A recent survey has demonstrated that support for the war is greatest among the wealthy (with usual caveats about the possibility of untruthful responses, of course). Having lost their money, businesses, and properties in the West (it has already been announced these will not be returned), they appear to have retrenched their positions and can be expected to hold onto their interests and power inside Russia as long as they can.

With sovereignty at stake, the scenario for conflict will be different from the one described above. The conventional phase will be short, if it exists, while escalation to the nuclear stage will be more likely. This will not necessarily imply full-scale nuclear war, though, at least initially. Three options for Russia appear possible, depending on how strong Western pressure will be:

The Russian war against Ukraine is the first in which nuclear weapons feature with such prominence and red lines are so vague. This calls for caution on both sides, and although escalation has so far been avoided, one should not relax too much.

A potentially more dangerous situation may arise after the war ends. Much will depend on the decisions the West will make with respect to its longer-term policy toward Russia. Prudence and caution will be difficult to ensure in the increasingly tense and volatile politics inside each Western country as well as among them. Once the choice is made, the rest will be out of the hands of the West – depending on its choice, Russians may or may not react violently. In any event, it would be dangerous to assume that nuclear weapons cannot be used outside war conditions.

Dr. Nikolai Sokov is a Senior Fellow at the Vienna Center for Disarmament and Nonproliferation. Previously he worked at the Center for Nonproliferation Studies in Monterey and in 1987-92 was an arms control negotiator for Soviet and then Russian Foreign Ministry.