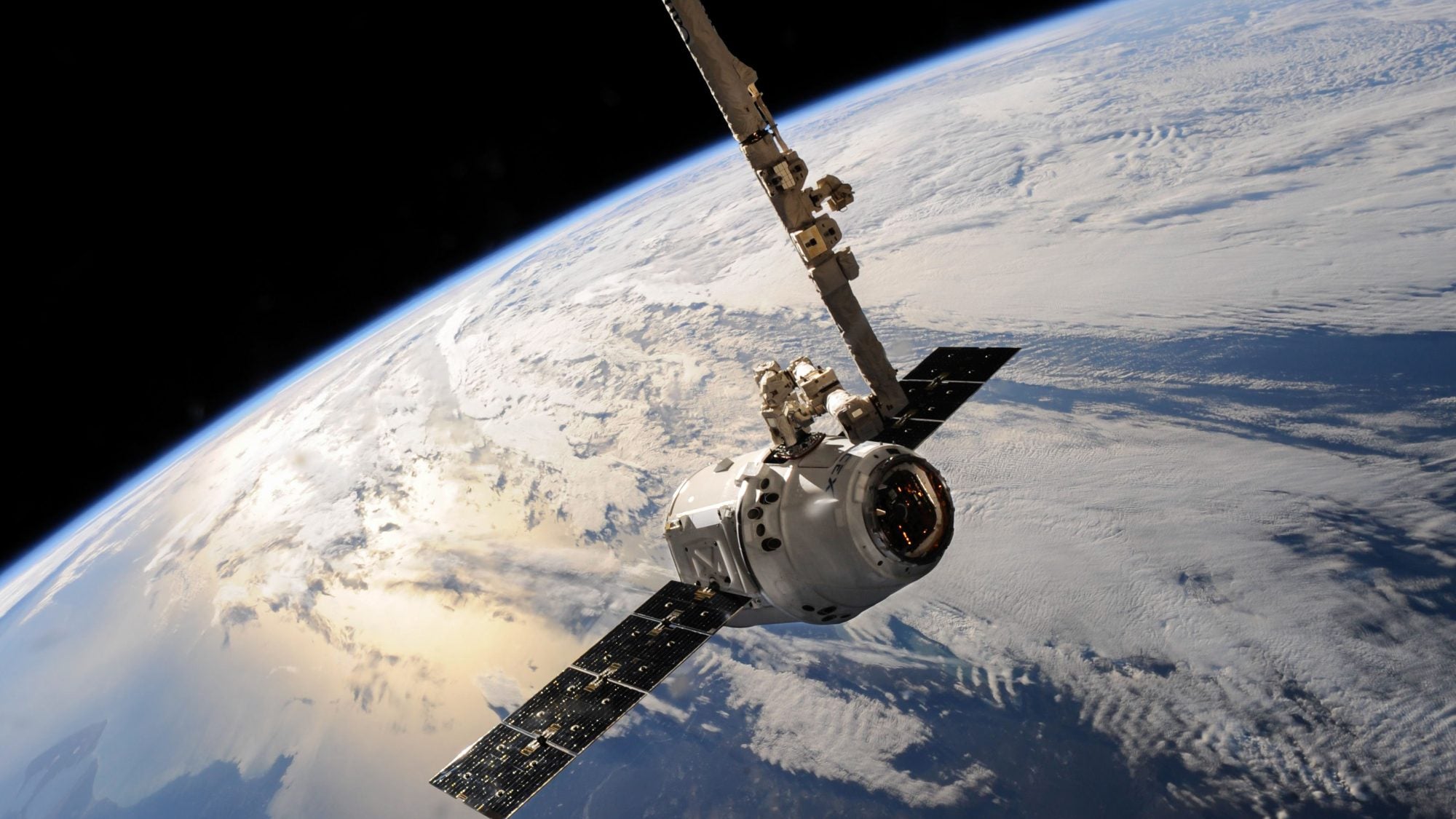 Most of today’s public discussions of space policy focus on either national security concerns or the economic regulation of the growing space industry. This article argues for an expansion of the space policy conversation to include issues affecting less powerful participants in the space economy, including the labor rights of future space workers and the equitable distribution of the advantages and disadvantages of space activities among communities on Earth.

Space policy is a rapidly growing field, despite being several decades old. The recent boom in the private space industry has drawn attention to the challenges of regulating commercial activity in space, in particular. But to date, a large majority of the policy discussions regarding space, particularly in the public-facing sphere, have focused on only two areas: space security and space commerce regulation.

Space technology has been a national security concern since the first artificial satellite was launched into orbit at the height of the Cold War in 1957. Even before Sputnik, rocket technology grew out of weapons development during World War II. While the Outer Space Treaty of 1967 prohibits the placement of weapons of mass destruction in space, modern orbital satellites perform crucial military support roles, including communications, GPS, surveillance, and missile detection. Increasing perception of space as a warfighting domain led the United States to reorganize the Air Force Space Command as a new, separate military branch called the US Space Force in 2019. International policymakers are also focused on the importance of orbital technology; for example, the United Kingdom and South Korea recently became the sixth and seventh countries to join a US-led initiative to agree not to conduct anti-satellite (ASAT) missile testing.

The recent emergence of the commercial space industry, which includes companies proposing to develop technologies for space mining, orbital debris removal, reusable rockets, and space habitats, has prompted a parallel increase in interest in how to regulate this industry. The growth of commercial activity in space threatens to outpace relevant policymaking, and private space companies and their supporters have argued for a policy model of “permissionless innovation” for the space industry, claiming that overregulation would slow or even prevent the development of a robust space economy. So far, policymakers appear to agree, and recent US policies like the Space Act of 2015 or the Artemis Accords (with 21 signatories to date) include interpretations of space property law that enable and encourage commercial space mining.

But there’s more to life (and policy) than national security and economic regulation. This article argues that we need to broaden our public discussions to include crucial gaps in current space policy, and that we should harness the existing expertise of terrestrial policy experts in these areas.

One example of an understudied area of space policy is the issue of labor rights. Until recently, nearly all space travelers have been employees of various governmental space agencies. But with the growth of privately funded space travel, there has been an increase in two additional categories of space travelers: paying passengers, and pilots and crew employed by private companies. In a recent milestone for private spaceflight, the Inspiration4 mission in late 2021 became the first spaceflight to reach orbit with only private citizens on board. Planned semipermanent space habitats such as private orbital space stations or Martian bases may one day house private space company employees who both live and work in space.

The space environment, as a hypothetical workplace, encompasses a number of physical characteristics that increase the risk of labor exploitation and abuse. Most obviously, it’s an extremely harsh, austere, and deadly environment, providing ample opportunity for injuries and death via workplace accidents. But creating a safe workplace in space will demand more than just accident prevention measures; it will also require the construction and maintenance of a completely artificial habitat, including imported air, water, and food, as well as shielding from radiation and temperature fluctuations. Workers will depend on their employers’ infrastructure for this life support as well as for transportation back to Earth in the event of retirement, termination, or evacuation. This physical vulnerability will also leave workers in a more precarious position when negotiating their compensation and workplace conditions. The isolated nature of space and the distance between space workplaces and regulators back on Earth could also make monitoring and enforcement of labor protections difficult, if not impossible.

How well will these space workers be protected by current labor laws? The Outer Space Treaty of 1967 simply states that space activities by private companies require “authorization and continuing supervision” by the appropriate government, but the extent of this “continuing supervision” is still a matter for debate among policymakers and the space industry. Will the demand for minimized regulation of the space industry in the name of innovation leave loopholes and gray areas by which space labor will be exploited in the name of profit?

Equitably Distributing the Benefits and Risks of Space

Space policymakers should also consider the effects of space activities on the human population living on Earth. Many space industry advocates and organizations tout the benefits of space that can be enjoyed by terrestrial residents, such as satellite internet, space-based solar power, and economic stimulus. The Outer Space Treaty states that the “exploration and use of outer space… shall be carried out for the benefit and in the interests of all countries, irrespective of their degree of economic or scientific development.” But how are these benefits actually being distributed?

Our planet’s finite orbital real estate—in the form of assigned orbital slots for satellites—is allocated on a first-come, first-serve basis by the International Telecommunications Union, similarly to the allocation of radio frequencies. Countries that developed launch capabilities earlier therefore enjoy a disproportionately larger share of this finite resource. In 1976, seven postcolonial equatorial countries attempted to claim sovereignty over the portions of the valuable geostationary orbit that lie directly above their territories. While this “Bogota Declaration” has been broadly dismissed on the grounds of the Outer Space Treaty’s non-appropriation principle, it highlights a gap between the ideal that the use of space should benefit all nations, irrespective of their development, and current policies which use a gold-rush model of space to allocate finite resources and property rights to whomever has the technological and economic ability to claim them first.

Similarly, we should ask how the risks and harms of space activities are distributed across the planet. For example, residents of regions that are geographically optimal for building launch centers have experienced conflicts with space companies and governments over the use of their land. Residents of Boca Chica, Texas have legally challenged the closure of public beaches by SpaceX’s nearby Starbase facility, whose test launches impact the sensitive local environment. Meanwhile, the residents of Alcântara region of Brazil—mostly descendants of enslaved Africans—will be displaced from their land to make way for a launch center to be used by the United States.

In a more global example, SpaceX claims to be expanding access to one benefit of space—globally accessible satellite internet—with its mega-constellation of Starlink satellites. But the cost of the hardware and services puts this benefit out of reach financially for much of the world’s population, and the enormous number of Starlink satellites being launched into low Earth orbit creates a burden for both the world’s astronomical community and satellite operators (now and in the future) who will experience an increased risk of satellite collisions. Calls for attention to this issue have identified the need for increased environmental regulation and recognition of low Earth orbit as an environment in need of urgent protection. Experts in environmental justice and regulation in terrestrial contexts would be invaluable in this discussion.

Next Steps for an Equitable Future in Space

A growing number of space policy experts are working on the issues explored in this article and countless more, but until now, private space companies have set the agenda in public discussions of space policy. How can we expand these conversations to include the less powerful (and less well-funded) participants in the new space industry? One important step is to seek input from effected populations who are not currently well-represented in the discussion. For example, policy development discussion for satellite mega-constellations should incorporate feedback from not only satellite companies and observational astronomers, but also from rural populations with limited internet access and communities whose cultural practices depend on the night sky.

We should also harness the expertise of policy researchers working in parallel areas here on Earth, who may not yet have considered the implications of their work in the context of space. For example, certain labor protections may be particularly useful and applicable for future space workers. Environmental protection regulation in related industries like terrestrial mining can inform future regulation in space. By deliberately studying policymaking lessons from our past and present, we can ensure a more equitable future both in space and on Earth.

Erika Nesvold has a PhD in Physics from the University of Maryland, Baltimore County and has conducted astrophysical research at NASA Goddard and the Carnegie Institution for Science. She is the co-founder of the JustSpace Alliance, a space ethics nonprofit, and the author of the upcoming Off-Earth: Ethical Questions and Quandaries for Living in Outer Space.