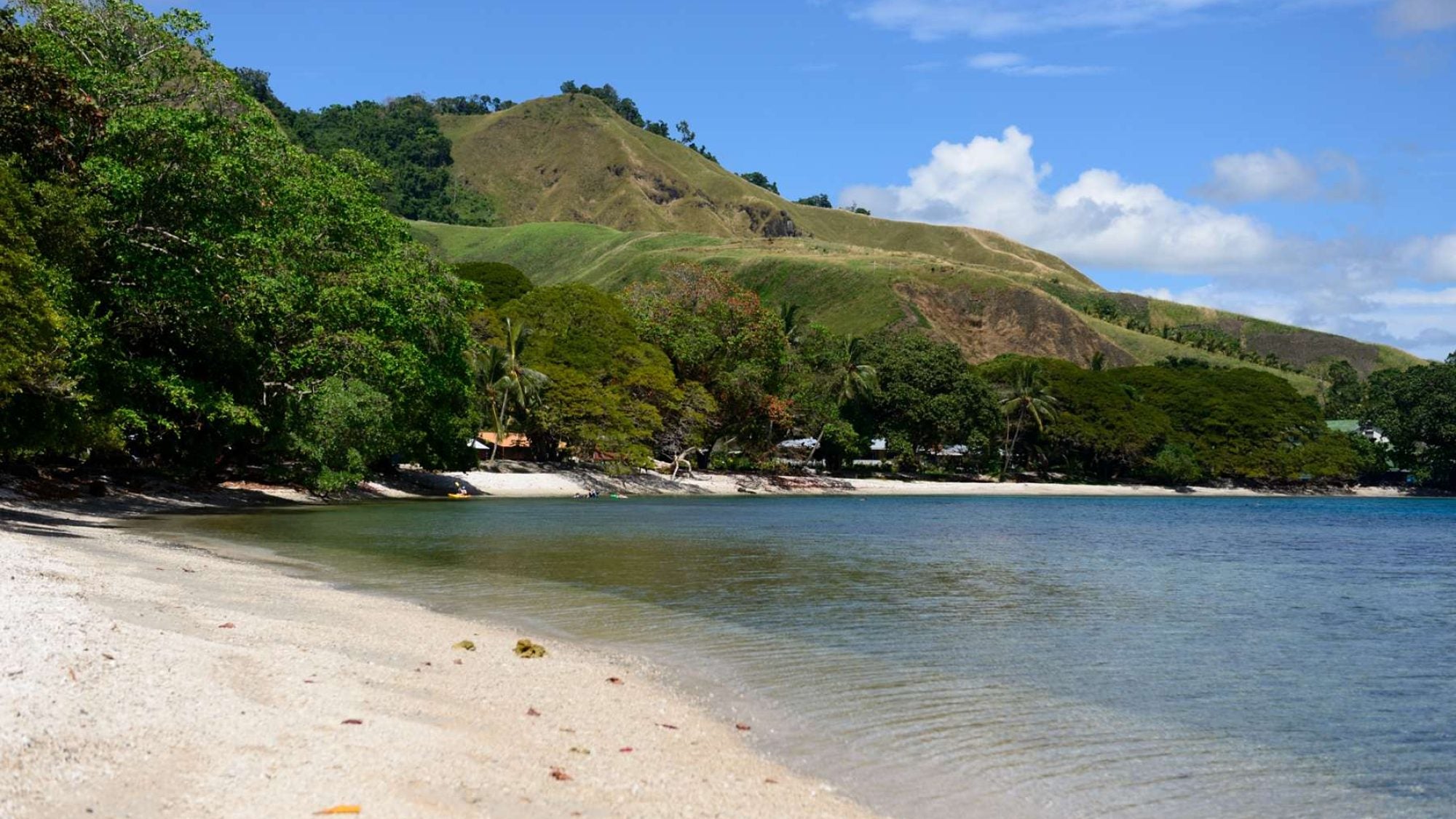 The China-Solomon Islands security agreement alarms Western countries concerned about China’s growing influence in Oceania. While the agreement is unlikely to result in the establishment of a Chinese military base in Solomon Islands, China’s influence will continue to grow. Meanwhile, attempts by the United States and its allies to counter China could lead to the establishment of more military bases elsewhere in the Pacific, increasing the militarization of Oceania as a whole. Solomon Islands and other Pacific Island countries must ensure they are true partners, rather than merely pawns in the increasing geopolitical competition.

Signed in April 2022, the China-Solomon Islands security agreement has raised concern among Western countries about China’s growing influence, its potential military presence, and the challenges such developments would pose for the United States and its allies’ dominance of Oceania. While the signed document has not been made public, a draft leaked in March 2022 provides for the deployment of Chinese “police, armed police, military personnel and other law enforcement forces” to the Islands. Although it does not mention the establishment of a military base, and despite Beijing and Honiara’s denial of such plans, Western officials argue it opens the door to Chinese military presence in the region.

In the past decade Oceania has become a site for geopolitical competition as the United States and its allies attempt to contain China. While many Pacific Island countries welcome this renewed interest from development partners and are happy to capitalize on the increased assistance, they are also faced with the challenge of ensuring they are true partners and not pawns in a global geopolitical competition.

The United States and its allies have established alliances aimed at countering China’s growing influence. Central to this is Washington’s Indo-Pacific Strategy, which states that “the United States is determined to strengthen our long-term position in and commitment to the Indo-Pacific,” and its push for a Western-dominated rules-based order. This is complimented by alliances such as the QUAD, which includes the United States, Australia, Japan, and India. Meanwhile, in June of 2022, the United States, Australia, Japan, New Zealand, and the United Kingdom formed the Partners in the Blue Pacific. In September 2022, Pacific Islands leaders were hosted in Washington and signed a 11-point Declaration on US-Pacific Partnership.

By contrast, China does not currently have a military base in Oceania. However, Guam and Palau are within its second island chain of defense and Beijing’s development of a “Guam Killer” missile is concerning. China is also expanding multilateral relations with Pacific Island countries. In May of 2022 Beijing attempted to establish a multilateral trade and security pact, which failed when it could not reach a consensus with island countries. But it is doubtful Beijing will give up on multilateral relations, and despite the failure to sign a multilateral pact, it did sign a number of bilateral agreements.

Why a Military Base is Unlikely

While the China-Solomon Islands security agreement has attracted widespread attention, it is unlikely that China will build a military base in Solomon Islands—at least not in the near future.

The reasons are domestic. First, securing property is challenging in a country where nearly 90 percent of land is customary-owned, meaning that rights to land are untitled and regulated by customary systems of tenure and are illegal to sell and lease to foreigners. The small percentage of registered land that can either be sold or leased is often embroiled in disputes. For example, a USAID-funded Strengthening Competitiveness, Agriculture, Livelihoods, and Environment (SCALE) project in south Malaita stopped because of disputes over land identified for a proposed wharf. Similarly, the construction of an Australian-funded Border Patrol Boat Outpost at Lofung in the Shortland Islands was halted because of land-related disputes. Even land to which the government holds a Perpetual Estate (PE) title is often at the center of controversy. For example, in 2021 the high court ordered the Solomon Islands government to pay $6 million to Levers Solomon Limited, the company that holds fixed-term title to the Lunga land, which the government has PE title over. Hence, building a military base in Solomon Islands will be complicated by protracted land-related disputes.

Second, the potential for protests and unfavorable election outcomes is likely to discourage the Solomon Islands government from agreeing to the establishment of a military base. Traditionally, foreign policy issues do not feature in elections. However, since 2019 there has been heightened awareness about diplomatic relations with China, which could become an issue in the 2024 general elections.

Although it is unlikely that a Chinese base will be developed under the new security treaty, China’s influence will continue to grow. It would be naïve to ignore Beijing’s persuasive powers and the current Solomon Islands government’s willingness to use this relationship to access aid, especially infrastructure development that could be valuable political capital for the next national elections. The draft security agreement provides that “China may, according to its own needs and with the consent of Solomon Islands, make ship visits to carry out logistical replenishment in, and stopover and transition in Solomon Islands, and the relevant forces of China can be used to protect the safety of Chinese personnel and major projects in Solomon Islands.” Such provisions are not unique, and reflect how Chinese investments overseas are inexorably drawing the Chinese state to overseas interventions.

Chinese companies also play an important role in Beijing’s growing influence. They hope to cash in on the relationship by proposing investments that could improve their access to funds from Beijing. Some of those investment proposals could have military implications. For example, in October 2019, China Sam Enterprise Group attempted to lease Tulagi Island for seventy-five years. While the agreement did not provide for military installations, China Sam’s subsidiaries have track records of activity that includes heavy participation in national strategic projects. The agreement was later declared unlawful because “it was not vetted by the Attorney General’s chambers.” Another controversy emerged when a letter from Chinese company AVIC-Intl Project Engineering Company to the Isabel Province was leaked. It mentioned the company’s proposal to collaborate with the province and assist with “infrastructure, education and sports” and “military cooperation with China.” These controversies harmed Beijing’s image in Solomon Islands.

Possibly the most consequential development was the announcement in August 2022 that Solomon Islands had secured a $66 million loan from China allowing the communication giant Huawei to build 161 mobile communication towers. With these new towers, Huawei has the opportunity to enhance its access and monopoly over Solomon Islands telecommunication systems. In 2018 Australia stepped in to build the telecommunication cable connecting Sydney to Honiara after the Solomon Islands government had initially awarded the contract to Huawei. Australia reported being “concerned about the security and strategic risks” of Huawei plugging into its internet backbone.

Perhaps more worrying in terms of its security implications is the increasing Chinese influence in Solomon Islands policing and the response this has elicited from Australia. This could militarize the Royal Solomon Islands Police Force (RSIPF), which has become the site for geopolitical competition within the past year. Following the November 2021 Honiara riots, Beijing stepped up its assistance to the RSIPF, providing equipment and training, including the supply of fake guns. In October 2022, thirty-two officers from the RSIPF traveled to China for a one-month training program. On November 4, 2022, China donated twenty vehicles, two water cannon vehicles, and thirty motorcycles to the RSIPF. This was two days after Australia delivered sixty MK18 assault rifles and thirteen vehicles as part of the Australian Federal Police Policing Partnership Program. These developments are concerning because many Solomon Islanders continue to distrust the police after officers’ involvement in the 1998 to 2003 conflict. It also raises questions about the suitability of the types of policing that donors are building and the capacity of the Solomon Islands government to sustain these changes in the long-term.

China has used policing as a mechanism for community outreach, normalizing the presence of Chinese police officers and policing methods and socially integrating aspects of Chinese culture such as Kung Fu to help capture institutional, elite, and community interests and empathy towards China. In the past year uniformed Chinese police officers, especially members of the China Police Liaison Team, have become more prominent in Solomon Islands media and Kung Fu training for women and children has become the icon of Chinese police’s community visibility. This training is unlikely to provide participants the skills to defend themselves, much less become Kung Fu masters. But they tickle Solomon Islanders’ fascination with Kung Fu, influenced by Hollywood and film stars like Bruce Lee, Jet Lee, and Jackie Chan. Consequently, within a short time, Chinese police officers have successfully presented themselves as partners, community benefactors, protectors, and Kung Fu masters.

While a military base is an unlikely consequence of the China-Solomon Islands agreement, one cannot ignore the growing Chinese influence and possible military undertones in the region. In their response, Western countries must avoid increased militarization of the region to nurture amicable relationships with island countries. Meanwhile, the Pacific Island countries, including Solomon Islands, must ensure that they manage competing interests while still benefitting from development partners’ renewed interests in the region.

Tarcisius Kabutaulaka is an associate professor in the Department of Pacific Islands Studies at the University of Hawaiʻi at Mānoa. He is from Solomon Islands.