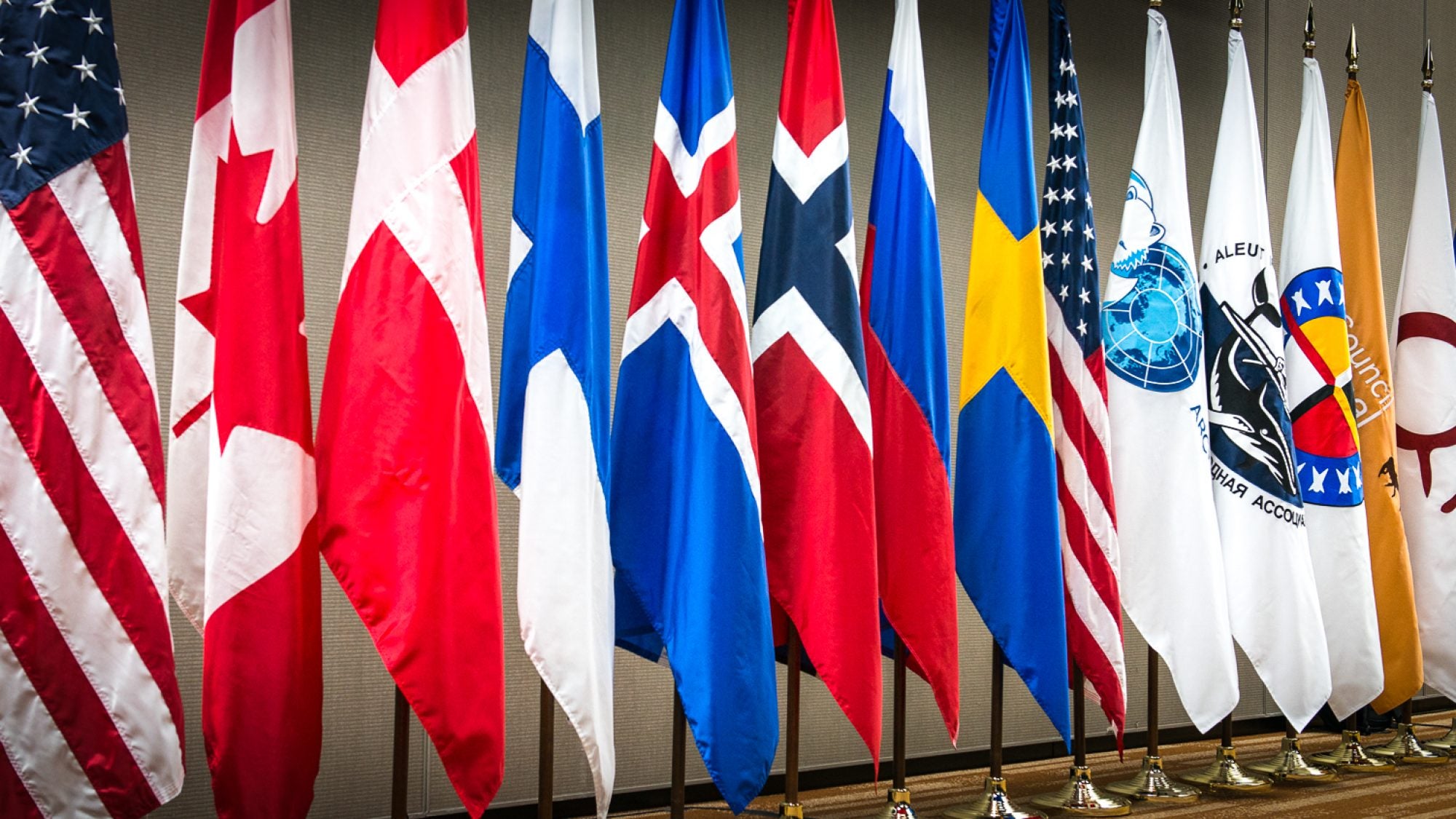 Title: Can the Arctic Council Survive the Impact of the Ukraine Crisis?

The Ukraine crisis has disrupted the work of the Arctic Council, an international forum created in the 1990s to promote international cooperation on issues of sustainable development and environmental protection. Even after the crisis subsides, it will not be possible to turn the clock back regarding the work of the Council. Yet policymakers and analysts alike believe there will be a continuing need for a body of this sort. The way forward will be to focus on activities that do not require the authority to make binding decisions or the resources needed to implement them, such as framing emerging Arctic issues, providing unbiased input into the deliberations of more formal organizations, and maximizing the Council’s convening power.

Shock waves emanating from the Russian invasion of Ukraine in February 2022 have disrupted the work of the Arctic Council, a body created in the 1990s to promote circumpolar cooperation on a range of issues belonging to the category of low politics while avoiding involvement in more contentious matters of military security. In the immediate aftermath of the invasion, the seven western members issued a joint statement suspending their participation in the activities of the Arctic Council “pending consideration of the necessary modalities that can allow us to continue the Council’s important work in view of the current circumstances.” Although Russia, the current chair of the Council, has sought to continue work on priorities elaborated in its chairmanship program, these efforts are limited to activities that can be carried out in areas subject to Russia’s jurisdiction. In June, the western members called for a “limited resumption” of the work of the Arctic Council but only with regard to “projects that do not involve the participation of the Russian Federation.”

Under these circumstances, the situation of the Arctic Council is tenuous. Some work continues, especially in the form of projects that the Council’s working groups can carry out on a technical basis, but the disruption caused by the crisis in Ukraine is severe. As a result, the Council is unable to pursue its mandate to promote circumpolar cooperation. Whether the Council can find a way to function effectively within the political context that prevails once the dust settles from the Ukraine crisis remains to be seen.

The eight Arctic states—Canada, Russia, and the United States together with the five Nordic states—established the Arctic Council in a 1996 ministerial declaration, characterizing the Council as a “high level forum” and calling on it to “[p]rovide a means for promoting cooperation, coordination and interaction … on common Arctic issues, in particular issues of sustainable development and environmental protection in the Arctic.” Engaging both Russia and the western Arctic states, the Council has brought together the two halves of the Arctic to promote circumpolar cooperation on a range of issues that concern them all. By introducing the innovative idea of Permanent Participants, moreover, the Council has provided a distinctive status for Indigenous peoples organizations and sought to incorporate Indigenous perspectives in efforts to address issues of particular concern to the Arctic’s long-term residents.

Perhaps surprisingly for a body not grounded in a legally binding instrument and lacking both the authority to make binding decisions and the capacity to implement large-scale initiatives, the Arctic Council has flourished over the past twenty-five years, becoming a significant force in Arctic affairs. The Council has identified emerging issues and helped frame them for inclusion on policy agendas (e.g. the impacts of climate change in the Arctic), assembled materials needed to promote cooperative initiatives on the part of other bodies (e.g., the International Maritime Organization’s [IMO] Polar Code for shipping), provided an informal setting for the development of provisions to be included in legally binding agreements (e.g., the 2011 Search and Rescue Agreement), and even launched limited programmatic initiatives of its own (e.g., the Arctic Migratory Bird Initiative). As the ranks of Arctic Council Observers—including both non-Arctic states and non-state actors—have grown, the Council has acquired substantial convening power. It has provided a venue in which most of those interested in Arctic issues can meet and exchange views regarding a range of emerging issues.

Many members of the policy community have expressed the view that the Arctic Council has played roles that will continue to be important in the aftermath of the Ukraine crisis. However, it is easy to see how the Council could fall victim to an escalating action-reaction process in which major states pursue conflicting interests, thus overshadowing common concerns such as the impacts of climate change, the spread of dangerous pollutants (e.g., mercury, plastics), and the sustainability of Arctic communities. Initiatives on the part of Russia and the western states are heightening the tendency to look at Arctic issues through the lens of high politics, putting considerations of national security ahead of issues relating to sustainable development and environmental protection. More broadly, the erosion of the postwar political order has undermined established practices for responding to governance needs and produced a level of uncertainty that makes it difficult to launch new cooperative initiatives. There is a danger, under the circumstances, that bodies like the Arctic Council, designed to address common concerns, will be lost in the shuffle as major players concentrate on the ins and outs of efforts to maximize relative gains regarding proximate issues in which conflicting interests predominate.

Can the Arctic Council survive in this setting? There is no way to turn the clock back; the Council will not be able to resume business as usual, even after the dust settles from the current Ukraine crisis. The underlying political context of the 2020s differs sharply from the context that prevailed when the Council was established and existed during the early stages of its operations. Partly, this is a consequence of the securitization of Arctic affairs, resulting from the deterioration of relations between Russia and the United States, the applications of Finland and Sweden to join NATO, and the growing tendency to view Arctic issues through the lens of geopolitics. While we may not sink back to the conditions of the Cold War when the Arctic was divided into two armed camps and regarded largely as a theater of operations for advanced weapons systems, the growing tendency to approach the Arctic as an arena for exercising power politics is undeniable. In part, the shift in the political context arises from an increasingly tight coupling of the Arctic and the global system. In the critical case of climate change, for example, the buildup of greenhouse gases in the atmosphere is driving temperature increases in the Arctic that are three to four times the global average. Arctic feedback mechanisms (e.g., the loss of sea ice, the melting of the Greenland ice cap, and the thawing of permafrost) have become major drivers of climate change on a global scale. Under the circumstances, any lingering hopes associated with the idea of Arctic exceptionalism have evaporated.

What roles can the Arctic Council play under these conditions? The critical challenge today is not a matter of providing the Council with the authority to make binding decisions and the resources needed to ensure that subjects comply with their requirements. Rather, the Council can contribute by (i) facilitating communication and working to sustain trust among all those concerned about the fate of the Arctic, (ii) providing a steady flow of high-quality and unbiased data about the impacts of climate change and the status of biodiversity in the Arctic, (iii) assembling and transmitting information needed to allow other bodies like the IMO or the International Whaling Commission to make informed decisions about matters of concern to the Arctic, and (iv) offering a venue that it is useful to those seeking to work out the terms of agreements on a variety of issues (e.g., the establishment of marine protected areas) in a non-confrontational setting. Above all, the Council can exercise its convening power to provide a setting in which representatives of the key players—Arctic states, non-Arctic states, and non-state actors—are able to develop creative responses to common concerns relating to sustainable development and environmental protection, despite the rising focus on power politics in public discourse regarding Arctic issues.

In thinking about how the Arctic Council can adjust its procedures to play these roles effectively, the fact that the Council is not rooted in a legally binding instrument may emerge as a strength rather than a weakness. It is easier to adjust the terms of a ministerial declaration than to amend the provisions of a legally binding instrument. Going forward, the Council should deemphasize formalities relating to membership and rules of procedure, opting instead to maximize the engagement of all those with a legitimate interest in Arctic affairs and (especially) all those who should acknowledge responsibility for the resilience of the socioeconomic and biophysical systems of the Arctic. The Council should maximize the capacity of its working groups to integrate multiple streams of knowledge and to produce high-quality assessments of key Arctic developments, maintaining a light touch with regard to the role of members of the diplomatic community like the Senior Arctic Officials. The Council should hold meetings in settings and under rules of procedure that enhance its convening power while maintaining a clear focus on emerging issues of common concern, including the threats posed by the spread of marine debris and plastics, the damage to infrastructure arising from thawing permafrost, and the problems of maintaining food security in a changing Arctic.

Some actors, particularly those whose thinking is informed by a conventional vision of formal intergovernmental organizations operating under well-defined rules of procedure, will find this perspective on the operations of the Arctic Council in the aftermath of the Ukraine crisis frustrating. However, moving toward a flexible and relatively informal arrangement that emphasizes opportunities to contribute to informed decision-making regarding key issues not only may be the way forward for the Arctic Council in the coming years but also may allow the Council to become an innovator in developing a mode of operation that will become increasingly prominent on a global basis under the conditions prevailing in the coming years.

Oran Young is a distinguished professor emeritus at the Bren School of Environmental Science and Management at The University of California, Santa Barbara. He has devoted his career to the study of governance in world affairs. He was an active participant in the activities leading to the creation of the Arctic Council in 1996 and has continued his engagement in Arctic affairs ever since.