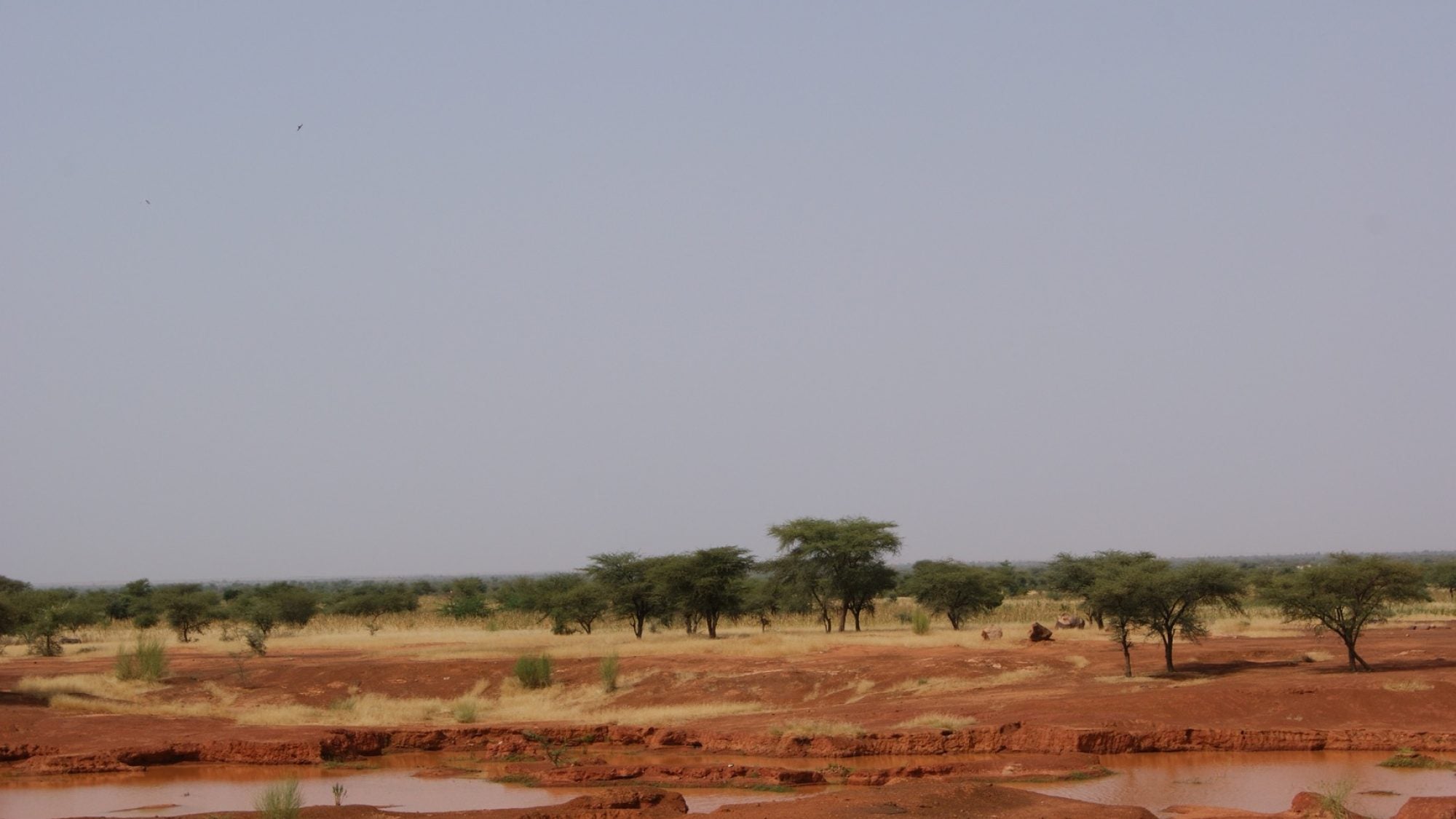 Title: Why Extremist Insurgencies Spread: Insights from the Sahel

In 2012, a separatist rebellion ignited in the northern part of Mali and spiraled into multiple spreading and overlapping cross-border insurgencies. In the past decade, these insurgencies have devastated people’s lives, disrupted the social fabric of local communities, and inflamed popular anger at the failure of governments and their international partners to stem the flood of worsening insecurity and extremist violence. Countries that are bracing for a violent extremist storm have much to consider from these seemingly interminable insurgencies. Indeed, a recent high-level conference organized in Ghana by the Accra Initiative, a collaborative security mechanism of seven West African countries, focused heavily on how violent extremism (VE) has metastasized in West Africa.

Understanding what drives the contagion of extremist insurgencies requires an examination of the contributing factors, drivers and methods of militancy within states, transnational linkages, and processes and actors that increase the opportunities for such diffusion. Generally, states confronted with the spillover effects of an extremist insurgency in a nearby state start by blaming their vulnerability on their geographical proximity to a ‘bad’ neighborhood, failing to appreciate how internal, country-specific factors may influence the onset of insurgency in their own country. Mali is a textbook case study of a country that overlooked the importance of local dynamics in contributing to its slide to massive destabilization. Long after the Algerian Salafist Group for Preaching and Combat (GSPC) set up shop in northern Mali, the landlocked West African country continued to overemphasize the role of exogenous dynamics with which, to be sure, “it had little to do.” Authorities in Burkina Faso, which for decades had been spared from conflict contagion in neighboring countries, had also initially emphasized transnational actors and transborder dynamics regarding the insurgency in north and central Mali at the expense of key local dynamics as main drivers of the terrorism that first struck the country in 2015. This reflex to focus exclusively on the transnational dimensions of violent extremism can also be seen in neighboring theaters vulnerable to extremist insurgencies. Benin, Côte d’Ivoire, Togo, and other coastal West African states have all maintained that their vulnerability to violent extremism stems exclusively from outside their territories.

This approach risks replicating many of the mistakes of their neighbors in the central Sahel who assumed simple causal links between their increased risk to VE and transnational extremist networks with presumed influence on and ideological affinity with transborder communities, particularly Fulani Muslim Herdsmen. The reality, however, is that the spillover damages of extremist insurgencies with transnational dimensions has much to do with domestic factors as well as their interactions with dynamics and processes that cross national borders. There is no doubt that violent extremist organizations (VEOs) exploit the porosity of borders, weak state counterterrorism capabilities, and rampant illicit transnational flows of arms, motorcycles, fuel, and stolen livestock to mobilize the necessary resources to expand their territorial reach and recruitment bases. VEOs in the Sahel have long acquired vital supplies of motorbikes and other spare parts from neighboring coastal West African countries. The latter have also served as lucrative sources of financing for VEOs through the purchase of stolen Sahelian livestock.

It is therefore not unreasonable for governments to fret over how transnational linkages and outside actors increase the risk of spillover impacts of extremist insurgencies in their border areas. Indeed, it would be foolish for states not to redouble efforts to better police their borders and disrupt the supply channels that allow VEOs to generate income, conduct operations, and expand their ranks. This is exactly what heads of state of the Accra Initiative tried to accomplish in their most recent summit where the presidents of Benin, Burkina Faso, Côte d’Ivoire, Ghana, and Togo pledged to intensify their intelligence cooperation and efforts to operationalize a Multinational Joint Task Force to stem the spread of Sahelian insurgencies into their territories.

These worthy initiatives, however, will be unsuccessful if not guided by an understanding of country-specific, local contexts. Even the most well-intended efforts to disrupt the funding sources of VEOs can produce unintended consequences when interventions erode local livelihoods. The systematic closing of markets, impositions of curfews, limiting of herders’ movements and ban on essential commercial activities (motorbikes, sale of peppers, fishing, etc.) foment anger at the authorities. In some cases, they also end up driving aggrieved individuals into the hands of VEOs, who position themselves as facilitators of “local livelihoods.” Coastal West African states should heed the lessons learned from their neighbors as they pursue their essential efforts to choke off the sources of income and other supply chains that have enabled transnational VEOs to survive and thrive.

Stated differently, the protection of lives and livelihoods must be at the center of regional responses to degrade VEOs. This protection of livelihoods has received remarkably little focus in discussions to counterterrorism in the Sahel and West Africa where the main emphasis of counterterrorism strategies has been on subduing extremist insurgencies and neutralizing their leaders. Little attention has been devoted to understanding the local factors that allow VEOs to recruit and expand in the first place. It is thus not surprising that such strategies have never seriously attempted to tackle the roots on which VEOs thrive.

The overemphasis of states and their international partners on the transnational dimensions of VE has yielded misleading inferences. Excessive focus on how shared transborder ethnic ties, religious (Islamic) identity, and occupation (pastoral herding) translate into support for regional insurgent groups has led to dangerous stigmatization of whole communities. When insurgencies raged in the Saharan zones of Mali and Niger in the 1990s and 2000s, the Tuareg, traditionally nomadic pastoralists who extend across national boundaries, were seen as the problem. Simplistic categories about the “Tuareg question” conjured up amalgams between the diverse Tuareg community and the radicalism embraced by some Tuareg. States, particularly Mali, saw these rebellions as unique to problematic nomadic populations that refused to integrate and thus had to be subdued through repression and cooption.

When the insurgencies gripped the Sahelian zones in the aftermath of the 2012 Malian conflict, the ethnic dimension of the security crisis assumed a different category that catapulted the “Fulani question” to center stage. The intensification of already existing disparaging discourse surrounding pastoralism and the rapid spread of simplistic narratives that collectively blame the broader Fulani community for the actions of a minority of individuals who have joined armed groups has had a damaging impact on countries’ responses to terrorism. The deepening of the distrust of seasonal migratory herders and mobile herders among the military, border security, water and forestry officials, police, and gendarmes, as well as the heightened suspicions of them within farming communities, has led to abuses perpetrated by defense and security forces and self-defense groups. This violence engendered new injustices, which accelerated the inward turn of marginalized nomadic pastoralists, distancing themselves even further from state representatives, local authorities, traditional nobilities, and rival communities.

As with the handling of the “Tuareg question,” the ethnic prism of states’ responses has neglected the political and socioeconomic dimensions of the security crisis that has plagued the Sahel since 2012. By blaming extremist violence on troublemakers (nomadic pastoralists and religious radicals), states failed to address the main entry points for VEOs, notably serious deficiencies in delivering equitable governance of resources, neutral security, and impartial justice. Had states acted early in addressing these issues, they would have averted or at least lessened the spread and militarization of intercommunity conflicts. Allowing collective frustrations and insecurities to fester left the door wide open for armed actors to step in as purported defenders of the least privileged, mediators of land and resource conflicts, and enforcers of decisions. It is not surprising therefore that some rural dwellers who have been affected by various forms of insecurities and seen their streams of income (cattle herds, hunting, artisanal gold mining, etc.) jeopardized by what they perceive as unfair state bans, taxation, or biased court judgments join VEOs.

In some parts of the Sahel the failure of states to act early to protect civilians from banditry, defuse communal tensions, and ease disputes over land rights and access to natural resources can create a fertile breeding ground for the proliferation of armed actors in rural and border areas. The porosity of borders, easy access to weapons, and spatial proximity to states already affected with transnational violent extremist groups further facilitate infiltration of VE actors. Such geographical contagion often engenders the creation of ethnic local militias and state sponsored self-defense groups, which in turn accelerates the cycle of retaliatory intercommunal violence that has afflicted the central Sahel.

As coastal West African states scramble to coordinate their military responses to prevent the emergence of extremist insurgencies in their own borders, they must act quickly to tackle the structural fault lines and vulnerabilities that allow VEOs to establish themselves, including the thorny issues of land rights and allocation of natural resources. Whether in Benin, Côte d’Ivoire, Ghana, or Togo, relations within and between rural communities are fragile, as are citizens’ relations with local authorities, security forces, and self-defense groups. It is therefore critical that states redouble their efforts to manage community-level disputes, bolster local conflict resolution mechanisms, and supervise local self-defense groups. By demonstrating their usefulness as providers of security and impartial justice, states can undermine the appeal of violent extremist groups.

Dr. Anouar Boukhars is a professor of countering violent extremism and counterterrorism at the Africa Center for Strategic Studies, National Defense University. He also serves as associate professor of political science at McDaniel College. Boukhars is the author of Politics in Morocco: Executive Monarchy and Enlightened Authoritarianism (Routledge, 2010) and coauthor of Salafism in the Maghreb: Politics, Piety, and Militancy (Oxford University Press, 2019). He is also the coeditor of Perilous Desert: Insecurity in the Sahara (Carnegie Endowment for International Peace, 2013) and Perspectives on Western Sahara: Myths, Nationalisms and Geopolitics (Rowman and Littlefield, 2013).

The views expressed are his and not an official policy or position of the National Defense University, Department of Defense, or US Government.