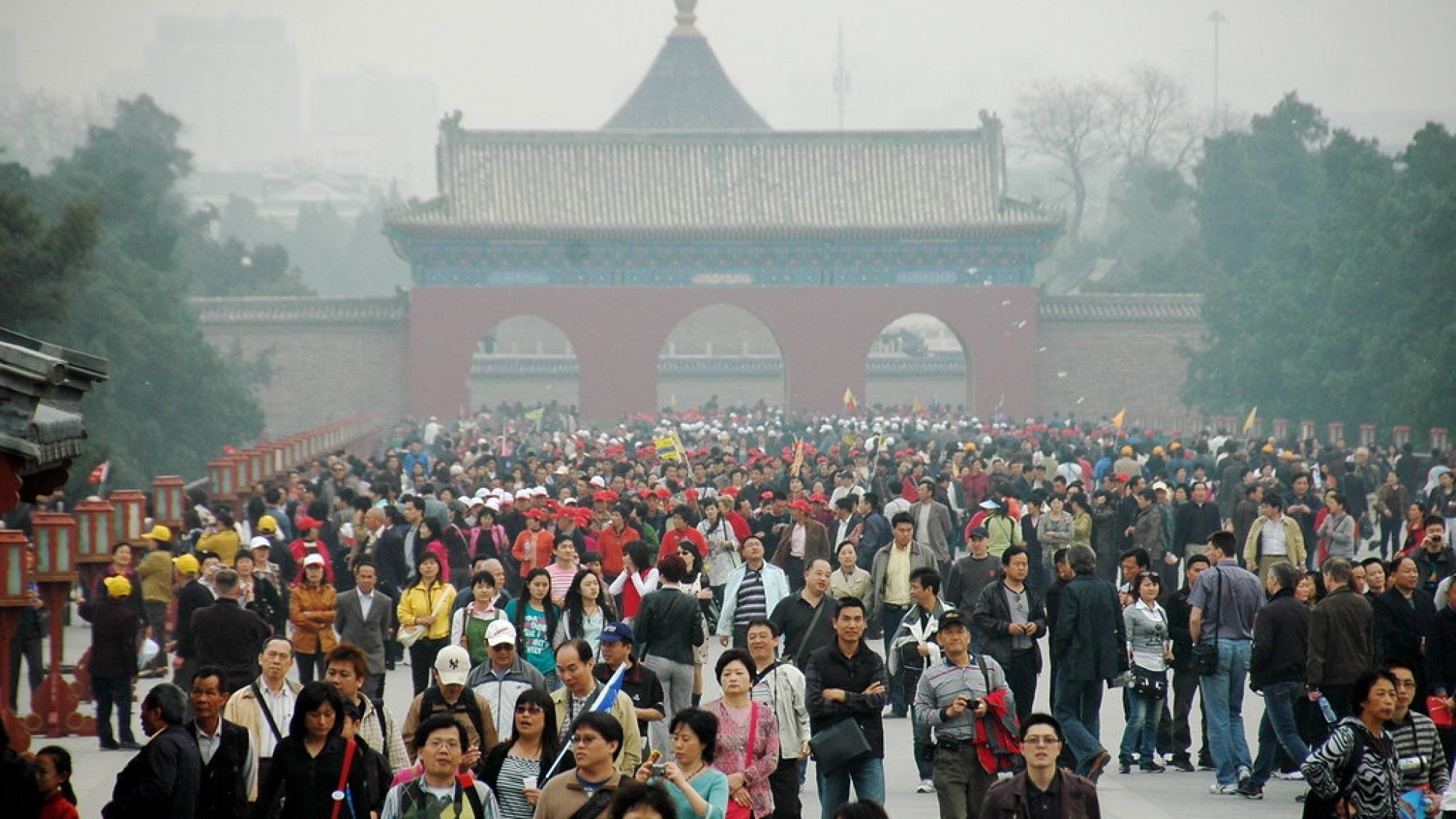 Title: Toward a Feminist Re-problematization of China’s Low Birth Rate

Beijing implemented the universal two-child policy in 2016, driven by growing concerns surrounding China’s low birth rate, rapid population aging, and a shrinking labor pool. However, the universal two-child policy did not produce sustained population growth. In 2021, the government announced a universal three-child policy—further upping the birth limit to three children for all married heterosexual couples. Many scholars and journalists have documented the abuse inflicted upon women during China’s one-child policy era. What does the ending of the one-child policy then mean for young Chinese women’s reproductive autonomy? Drawing on more than 100 interviews with college-educated urban Chinese women and men, my research finds prevalent sentiments of ambivalence, apprehension, and outright anger toward the universal relaxation of the one-child birth quota, especially among young Chinese women who espouse strong support for gender equality—in particular, women’s equal participation in paid employment. These qualitative in-depth interviews were well-suited to uncover how young adults of childbearing age articulate their deeply held fertility aspirations and navigate complex reproductive decision-making.

At first glance, it may be jarring to observe college-educated urban Chinese women expressing their beliefs in gender equality alongside support for draconian state-imposed birth restriction. After a deeper look into these women’s narratives, their seemingly paradoxical reasoning is in line with their lived experiences negotiating gendered expectations and labor market prospects. As an illustrative example, consider one such respondent: Pei (a pseudonym) was born in the early 1980s to a rural family with several daughters and no sons. Pei grew up with vivid stories of the hide-and-seek between her pregnant mother and local family planning officials. Later, when Pei’s oldest sister gave birth at the county hospital, an intrauterine device (IUD) was “automatically” inserted into her body afterward—without her consent and as part of the local one-child policy enforcement measures. One may thus imagine Pei to be unequivocally relieved at the policy’s ending. However, Pei, now a college-educated professional living in a large Chinese city, repeatedly narrated feelings of conflict and concern about the relaxation of the one-child birth quota. “My body may be freer without the one-child policy,” Pei stated. “But now it’s also more difficult to be a young woman. Without the one-child policy, it’s harder and harder for young women to get jobs.”

These college-educated urban Chinese women, like Pei, view having a fulfilling career as fundamentally incompatible with having multiple children as a result of China’s gendered parental leave policies which grant long leave to new mothers (but not equally to new fathers). With the birth quota increased, these women believe such parental leave policies have contributed to intensifying labor market gender discriminations. China’s female labor force participation rate has declined sharply over the past several decades. The women in my study worry that familial expectations, now uncurbed by state-imposed birth restriction, will overtly or implicitly pressure them into having more than one child. Some are concerned that daughters must again compete with male siblings for parental attention and investment. Some fear that the Chinese state will eventually make second- and third-birth mandatory, just as it has once coercively enforced the one-child policy. As a result, to some college-educated urban Chinese women, the one-child birth quota has emerged as the lesser evil—a flawed guardrail against gender-based employment discriminations, an imperfect solution to familial childbearing demands, and a limited shield for the desire to have fewer children. Analysis of national survey data has revealed a similar pattern: those who believe in gender egalitarianism demonstrate stronger agreement with the state’s birth restriction that limits the number of children.

These urban Chinese women’s narratives, with their nuance and conflict, compel us to reconsider the ways in which governments, like China, problematize low birth rate. A wide range of countries, in all regions of the world and accounting for nearly half of the global population, are currently experiencing below-replacement fertility. Discussions surrounding low birth rate largely focus on the challenges for governments and nation-states: in terms of pension burden, labor shortage, and possible economic stagnation. The Chinese party-state relaxed the one-child policy not out of concerns for reproductive rights, but in the hope of avoiding economic and political crises stemming from population aging. Looking beyond China, in 2007 Hakuo Yanagisawa, Japan’s health minister at the time, implored Japanese women to “do their best” to reverse the country’s decades-long fertility decline, calling them “baby-giving machines.” In 2022, Pope Francis criticized couples for having zero or one child because “civilization becomes aged and without humanity.”

In framing low birth rate as a problem for the collective and a challenge to governance, what are the assumptions made about women’s agency and childbearing decisions? When births are incentivized for a country’s economic and political objectives, women—their bodies and reproductive labor—are co-opted as mere conduits to meet macro demographic targets.

When making sense of individuals’ decision to opt out of childbearing, it is crucial to center individuals’—especially women’s—agency, freedom, and rights in the problematization of low birth rate. Some demographers, drawing on comparative analyses of a broad swath of countries, have highlighted people’s unmet desire when studying low birth rate. Their analyses focus on the constraints—such as financial uncertainty, long work hours, inadequate childcare provisions, or gender unequal household labor division—that keep people from achieving their own fertility ideals. In this spirit, the reproductive justice framework, developed by Black feminist scholar-activists like Loretta Ross, brings incisive insights. Centering the experiences of historically marginalized women, the reproductive justice framework highlights the human right to have children and to dignified parenthood. The reproductive justice framework thus provides a useful lens to think about low birth rate as a social issue, beyond the narratives of heroic mothers saving nations and civilizations. That is, low birth rate is problematic if it means many people cannot fulfill their childbearing desire, are excluded from dignified parenthood, and are unable to exercise control over their own bodies and fertility. To this end, what we need are policy responses to low fertility that do more than just incentivizing births alone.

One possible starting point is to reorient the problematization of low birth rate and approach this issue with a feminist and human rights-centered lens. This means that population and family policies must reject the heteronormative imaginary of an ideal family, disrupt unequal gender power relations, affirm people’s agency, and protect reproductive autonomy. China’s population planning program limits childbearing to heterosexual marriages. On one hand, unpartnered mothers still face difficulties when accessing maternal benefits. On the other hand, China’s LGBTQ+ population—and their desire and human right to parent—are altogether rendered invisible. Gendered parental leave policies, coupled with weak protection against labor market gender discriminations, reinforce the notion that childrearing is only women’s work. Despite increased birth quota, childbearing continues to be tightly governed according to the state’s planning and shifting needs. As such, people, especially women—as individuals with desires and agency—remain unseen, masqueraded by talks of rates and numbers. Yet, seeing is the powerful first step we must take.

Yun Zhou is an assistant professor of sociology at the University of Michigan. Trained as a social demographer, Zhou’s research examines social inequality and state-market-family relations through the lens of gender, marriage, and reproduction. Intersecting the studies of population and politics, her current project investigates the demographic, political, and gendered consequences of China’s recent ending of the one-child policy.