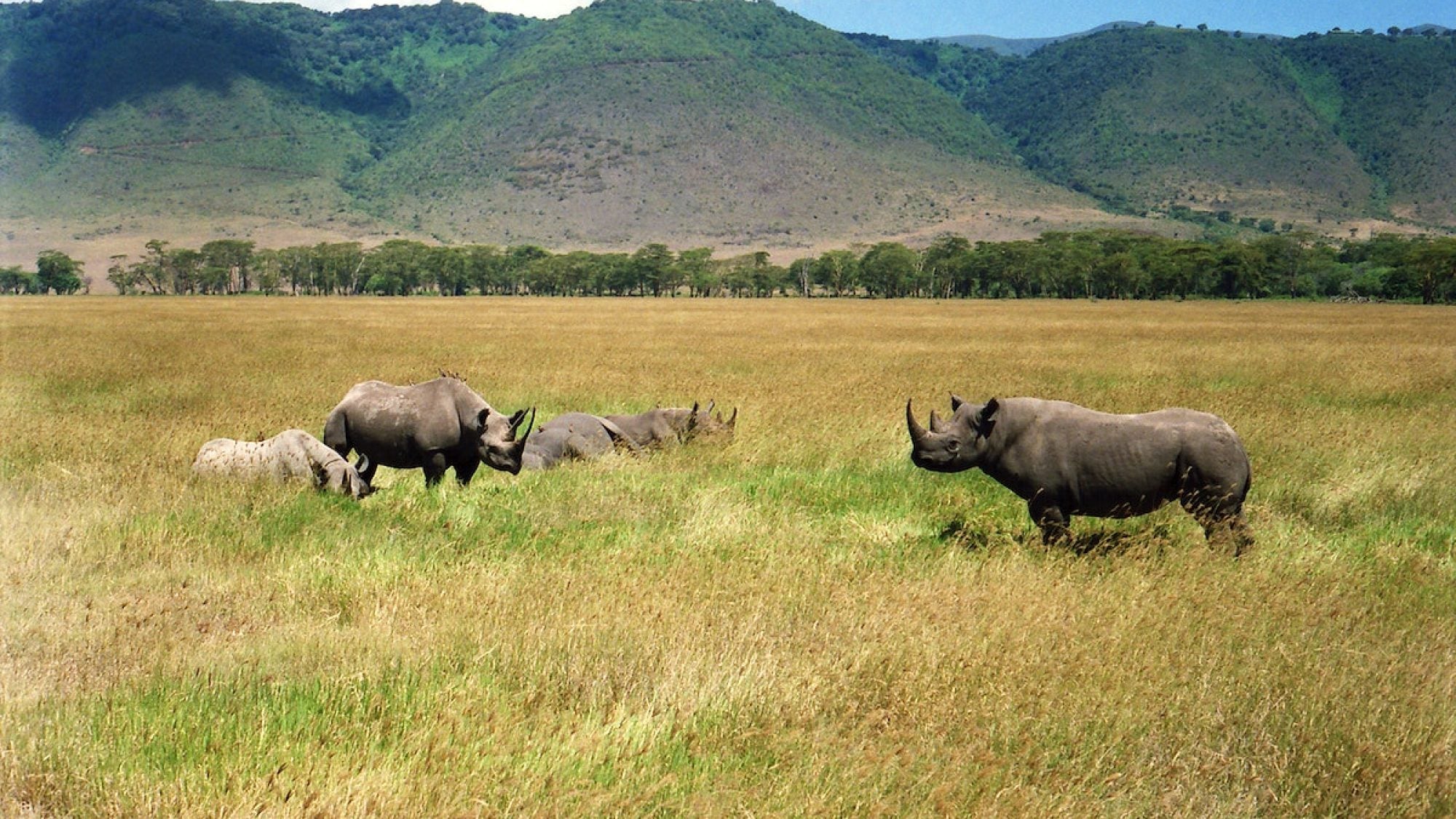 The illegal wildlife trade (IWT) has been met with a heavy-handed and increasingly militarized response, or what scholarship has labeled green militarization. This intervention illustrates how the IWT-green militarization nexus is provoking a new form of environmental conflict that is unsustainable both ecologically and socially. These dynamics ultimately demand a policy response that rejects militarized interventions.

Biodiversity around the globe is under extreme pressure, a trend reflected in predictions we have entered the sixth mass extinction. How to stem biodiversity decline was the core agenda item of the UN Biodiversity Conference (COP 15) that recently took place in Montréal, Canada. While biodiversity loss is driven by a range of factors, from habitat loss due to agricultural and urban expansion to climate change, one underacknowledged yet consequential driver is the overexploitation of wildlife including the illegal wildlife trade (IWT). Defined as the “trade in wildlife or wildlife parts that violates either international legal frameworks or the legislation of one or several of the countries through which a wildlife product has passed,” IWT not only harms biodiversity, it is also driving a new wave of environmental conflict. In this conflict, states and conservation NGOs respond to IWT with a heavy and increasingly militarized hand, amounting to practices of green militarization, that is, the militarization of conservation policy and practice. The IWT-green militarization nexus provokes violent environmental conflict between conservation actors and ground-level hunters who are often organized by global syndicates. This conflict directly threatens wildlife through IWT’s overexploitation of resources. But the militarized response also violates human rights and, in so doing, threatens the long-term viability of conservation by alienating local communities whose support is needed for conservation’s success. To grasp the severity and complexity of IWT as a form of environmental conflict and seek out viable solutions, it is important to understand these dynamics.

IWT has a long history but saw dramatic increase in 2008, with the supply-side of the trade focused heavily in sub-Saharan Africa and Asia. South Africa is a case in point. Home to the world’s largest population of rhinoceros, the country saw only 13 rhinos killed illegally in 2007, a number that skyrocketed to 1,215 in 2014. Those numbers fell to 249 in 2021 but are still concerningly high, and 2022 suggested another upward trend. We have seen similarly concerning statistics around elephants and pangolin, a scaled mammal that is currently the world’s most trafficked animal. Demand for these and other wildlife species has been driven largely by consumers in Asia, however substantial demand also comes from North America, Europe, and Australia, reinforcing that IWT is truly global in scope.

The drivers behind IWT vary from eating wildlife, displaying wildlife trophies as a sign of wealth, use of traditional medicine, and the illicit pet trade. One commonality is that IWT is an extraordinarily lucrative enterprise, more explicitly a relatively low-risk, high-reward activity for the networks organizing the trade. To give a sense of the wealth at stake, pound-by-pound rhino horn was more expensive than gold and cocaine at the height of the rhino horn trade. While it is difficult to estimate IWT’s precise value due to its clandestine nature, commonly-cited estimates range from USD $5-23 billion annually, reflecting its position as one of the world’s most profitable illegal economies.

Compared to other conservation challenges, IWT is distinct in two ways. First, it has received substantial policy attention in the context of the COVID-19 pandemic, given speculation that the coronavirus may have emerged from the wildlife trade and broader recognition that IWT is a dangerous vector for zoonosis, meaning the transfer of an infectious disease from animals to humans. Second, although IWT is not inherently a security issue, it has been actively framed as one through what security studies scholars refer to as a process of securitization. This move has been driven by concerns that illicit hunters are heavily armed and organized, that the trade is driven by global criminal syndicates, and by largely unsubstantiated and overblown claims that poaching fuels terrorist networks like Al-Shabaab, Boko Haram, and the Lord’s Resistance Army. Conservation organizations, which are notoriously underfunded, have strategically tapped into and reinforced the security angle to garner needed support for their work. This has paid off in the form of increased assistance from foreign governments, philanthropists, and defense and military corporations.

The securitization of IWT has led to a broader security response across conservation policy and practice that includes judicial reform, criminal investigation, and intelligence gathering. Within and near protected areas (PAs)—places where wildlife is often illicitly acquired—the security response has become increasingly militarized. In my own work on the rhino horn trade, I have captured this in the concept of green militarization, or “the use of military and paramilitary personnel, training, technologies, and partnerships in the pursuit of conservation efforts.” This reflects global changes in conservation that include the paramilitarization of ranger corps, which involves new paramilitary training and diverting work away from ecological monitoring and toward enforcement; deployment of national armies to patrol PAs; partnerships with military and defense corporations to gain access to hardware and services; the related use of (para)military technology including drones for surveillance and pursuit; hiring military personnel to lead anti-poaching missions; the militarization of language (e.g., referring to conservation as a “war”); and militarized ecotourism. Western conservation is marred by a colonial history of deploying force against local and Indigenous communities to create Pas, with militaries playing an important role. What is new with this latest wave of militarization is its unprecedented scale and brutality, with hundreds of suspected illicit hunters shot and killed over the last decade, and the largescale (para)military buildup within PAs. Beyond IWT, the militarized approach is expanding to reshape conservation more broadly, for instance, with forest governance in the context of climate change mitigation and with conservation in conflict zones.

Green militarization has, in short, produced a pattern of human rights abuses. This includes the killing of suspected environmental transgressors (in countries like Botswana that has a ‘shoot-on-sight’ policy and South Africa that does not) along with policy that enables forced displacement of communities away from PAs. The killing of suspected poachers and long prison sentences has also led to a “crisis of widows” in which the women left behind are forced to survive without an economic provider, worsening already extreme poverty. These are underscored by broader interventions in which local people are perceived as conservation’s enemy, rather than needed partners. While human rights organizations and academics have been charting these abuses for the last decade, they hit the mainstream news in a 2019 BuzzFeed exposé of the World Wildlife Fund (WWF), which led to US congressional hearings to review support for the organization.

It is this constellation of new trends in conservation policy and practice that is ushering in a distinctly violent and unsustainable form of environmental conflict. As criminal syndicates organize the wildlife trade, driven by global demand and consumers willing to pay exorbitant prices, they find recruits often from the poor but skilled communities near PAs. As conservation practice becomes more militarized, the result is increasing human rights abuses, which threaten community wellbeing. Consequential in its own right, these abuses also provoke community alienation from and even defiance against conservation. This threatens conservation’s very survival, which needs local buy-in and support for its long-term success. In other words, killing community members or further alienating them from their resources, livelihoods, and ways of life actively disrupts conservation. Furthermore, this is happening at a time when biodiversity is embattled by a host of factors and hence needs support across multiple sectors now more than ever, as made clear at the recent UN Biodiversity Conference.

These dynamics raise important policy implications for how to address IWT (and stem the environmental conflict) given that a militarized approach is not sustainable, ecologically or socially. The reality is that IWT is a complex problem requiring a complex slate of policy interventions. While there has been robust debate on the legalization of IWT, it is unclear whether this would solve the problem or make it worse. More viable solutions target rather than legitimize demand. Culturally sensitive demand reduction is arguably the most important policy intervention because if there is no demand, there is no trade. Elsewhere along the supply chain, needed interventions include strengthening international legal cooperation, addressing corruption, and strengthening policing while avoiding overly militarized approaches. Equally if not more important solutions engage local communities. This includes stronger community engagement and support that treats communities not as prima facie threats but rather partners in environmental protection. This requires conservation efforts to not merely avoid harm but materially benefit communities through employment, sharing of conservation revenue, support of community-based conservation and ecotourism, and securing access to resources and cultural sites.

Two related and necessary interventions are not simple policy responses but rather complex bodies of response. First, although insufficiently acknowledged, effective “community engagement” demands firmer commitment to understand and respect how local worldviews may provide more sustainable models of human-environment and biocultural protection (i.e., the joint protection of people/culture and biodiversity). This also requires stronger protection of community and Indigenous rights as part of a broader rights-based approach and related efforts to decolonize conservation. This simply cannot happen in a militarized framework. Second, it is vital to address poverty and inequality as underlying drivers of IWT. This flows from the fact that even though recruits into the trade may receive only a fraction of the profit, it is substantial if not unprecedented compared to other available economic options. The trade, however, is driven not merely by poverty but rather wealth and especially inequality or the vast gap between supply-side poverty and demand-side wealth. Addressing these factors takes IWT out of a simple conservation framework. Unlike green militarization, this reframes IWT not as a security issue but rather one of human development and wellbeing.

Biodiversity is in a state of crisis, driven in part by overexploitation and IWT. IWT is equally concerning given its links to zoonosis and global health, how its nexus with the militarized response violates human rights, and how this fuels violent environmental conflict and threatens conservation’s long-term survival. Finding a viable and non-militarized set of policy responses to IWT is nothing short of urgent.

Libby Lunstrum is a professor of environmental studies and the research director of Boise State University’s School of Public Service. A geographer and political ecologist by training, her work examines the human dimensions of biodiversity conservation including IWT, green militarization, the impact of conservation on local and Indigenous communities, and Indigenous-led conservation. She has conducted extensive research across the Mozambique-South Africa borderlands. Her current research supports Blackfoot-led buffalo restoration across the US-Canada border in Blackfoot Territory.