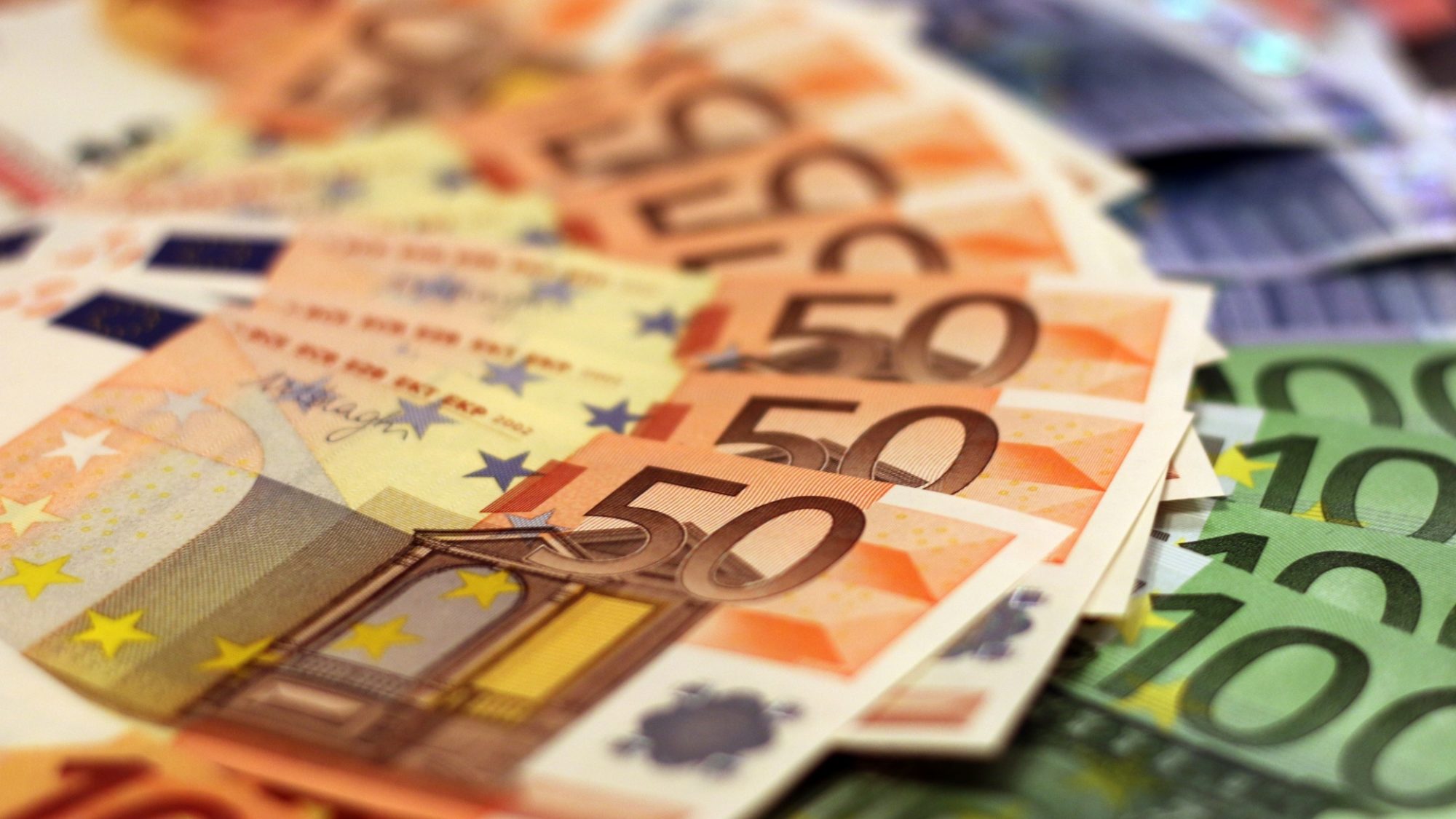 Title: The Causes, Effects, and Manifestations of the Money Laundering Problem in the Former Soviet Union

In the past few years, a number of European banks have been implicated in money laundering scandals in countries such as Cyprus, Malta, Latvia, and, most recently, Scandinavia. Although European and international voices are putting pressure to take further action by all including the banks against this, the issue continues to emerge in the continent. In this short article, we attempt to explain this trend and how might it be resolved.

Where is the illegal money coming from?

In most of these cases, the source of the illicit assets was Russia or another country in the former Soviet Union. According to Russia’s own national risk assessment, published last year, the criminal activity most often seen to be generating illicit proceeds includes embezzlement of public funds, crimes related to corruption and abuse of power, fraud in the financial sector, and drug trafficking. Additionally, the Financial Action Task Force (FATF) assessment team reviewing Russia’s anti-money laundering regime considered the risks associated with organized crime and cyber-crimes, which occur alongside the threats identified by Russia itself.

What happens to this money? The perpetrators of the wrongdoing want to move their illicit proceeds to a country with a stable economy and currency, while concealing or disguising their connection to it. Thus, money generated by illegal activity in Russia or elsewhere in the region typically finds its way into a bank that has failed to implement adequate anti-money laundering (AML) safeguards; it is disbursed from there to other Western countries, where it may be invested in real property, used to acquire luxury goods, or otherwise integrated into the Western economy.

The methods most commonly used to launder these proceeds include using front or shell companies or other non-resident legal persons and arrangements; trade-based money laundering through fictitious economic activity abroad, assisted by people affiliated with public officials; the misuse of electronic payments and virtual currencies; and cash operations. Some well-known examples include the case known as the Russian Laundromat, the Magnitsky case, and the “mirror-trading” scandal involving Deutsche Bank.

Why isn’t the money intercepted before it leaves the country where the crime occurred?

In many cases, the initial steps in the laundering process occur within the banking sector itself, which has undergone significant structural changes in recent years through closures, mergers, and acquisitions. In Russia, the number of banks has declined from approximately 2,500 in 1996 to 923 in 2013 to 469 in 2019. Moreover, following the fall of the Soviet Union, a large number of banks were created with no effective market entry controls, and some banks came to be controlled by criminal interests.

Money laundering, however, is also related to the significant size of the informal, or “gray,” economy in that part of the world. Indeed, in Russia, it is estimated that in 2016, up to 21 percent of participants in the labor force did not have a contract for their main job. The presence of such a significant informal economy may make it easier for criminals to conceal serious criminal activity.

Finally, policing the laundering of criminal proceeds at its source has been hampered by doubts that the judicial system in Russia is fully independent and fair. Concerns have been raised on this issue by the Council of Europe Commissioner for Human Rights, the UN General Assembly, the Human Rights Council, and the European Court of Human Rights.

When enforcement of the criminal laws and provisions intended to keep the proceeds of that activity out of the financial system is lax or ineffective in the country where the underlying criminal activity occurs, the burden of suppressing the illegal activity and its economic consequences necessarily falls on the countries where the illicit proceeds are laundered. Thus, bank regulators, law enforcement agencies, and financial intelligence units in many Western countries have focused their attention on the countries where criminals have chosen to launder their money and to invest and spend it.

What are the weaknesses that need to be addressed?

A review of the successful money laundering schemes reveals several recurring, common elements that are now being addressed in an attempt to mitigate this threat. Among these are the following:

Several of these merit a more detailed discussion.

Most countries now recognize that there will be little progress in combatting the effort to conceal or disguise the connection between property and its criminal origin, or between a person and criminally-derived property, as long as criminals can make free and frequent use of shell companies formed in jurisdictions that do not require the disclosure of the beneficial owners of the companies and their assets. Thus, many countries are considering so-called “transparency” legislation that would bar their financial institutions from doing business with companies formed in such jurisdictions unless the beneficial ownership is disclosed. Legislation currently pending in the U.S. Senate includes S.2563 (the Illicit Cash Act) and S.1883 (the Combating Money Laundering, Terrorist Financing, and Counterfeiting Act).

Suppose, for example, that law enforcement officials in Latvia discover that a large sum of money has been deposited into a local bank in the name of a foreign person with known connections to Russian organized crime and who has no known source of legitimate income. And suppose that there are other clear indications of a connection between the money and criminal activity, such as the use of false names and addresses to identify the account holder, the use of large sums of untraceable currency, or efforts to structure the deposit of currency to avoid currency transaction reporting requirements, or to smuggle the currency across international borders without filing the required currency disclosure forms with the relevant customs official.

In such cases, it may seem obvious that an attempt is being made to use the domestic financial system to launder illegally-derived money, but in most countries, the applicable criminal money laundering statute requires proof beyond a reasonable doubt that the money is the proceeds of an act that was a criminal offense in the country where the act occurred. How can a prosecutor meet that requirement if he does not even know what country the money came from? Or if he does know that much, how does he prove the underlying facts that establish the foreign criminal act without the assistance of the country where the act took place?

Latvia has attempted to deal with this problem by amending its money laundering statute to provide that “money laundering shall be recognised as such regardless of whether the exact criminal offence has been identified from which the proceeds have originated.” Other countries, however, remain far behind in the effort to update their international money laundering laws to address this concern. In the United States, for example, the money laundering statute first enacted in 1986 still requires proof that money from a foreign source that is being laundered in the United States is the proceeds of one of six categories of conduct that constituted a criminal offense in the country where the conduct occurred. Obviously, this requires the federal prosecutor to prove both the nature of the conduct that generated the money (so that he can show that it fell into one of the enumerated six categories), and the country where the conduct occurred (so that he can show that the conduct constituted criminal offense in that country). Having done that, he must show that the elements of the foreign offense have been established (for further details, see United States v. Thiam. 934 F.3d 89 (2nd Cir. 2019)).

Until the US international money laundering statute is updated, these requirements will continue to be an obstacle to effective money laundering enforcement in the United States. Consequently, as other countries tighten their money laundering laws and increase their enforcement capacity, the United States will become an increasingly inviting target for those who seek to make the world’s largest economy the repository of their criminal proceeds, and the world’s most robust financial system the vehicle for moving those proceeds to other parts of the developed world.

Yehuda Shaffer is an independent consultant with 30 years of service in the Israeli Government pursuing a legal career specializing in financial crime issues. He founded and headed the Financial Intelligence Unit of the Israeli Ministry of Justice in 2002 before serving as the Israeli Deputy State Attorney (Financial Enforcement) from 2009 until 2018. He has been an expert evaluator in several Anti-Money Laundering and Countering Terror Financing evaluations on behalf of the Council of Europe and the IMF.