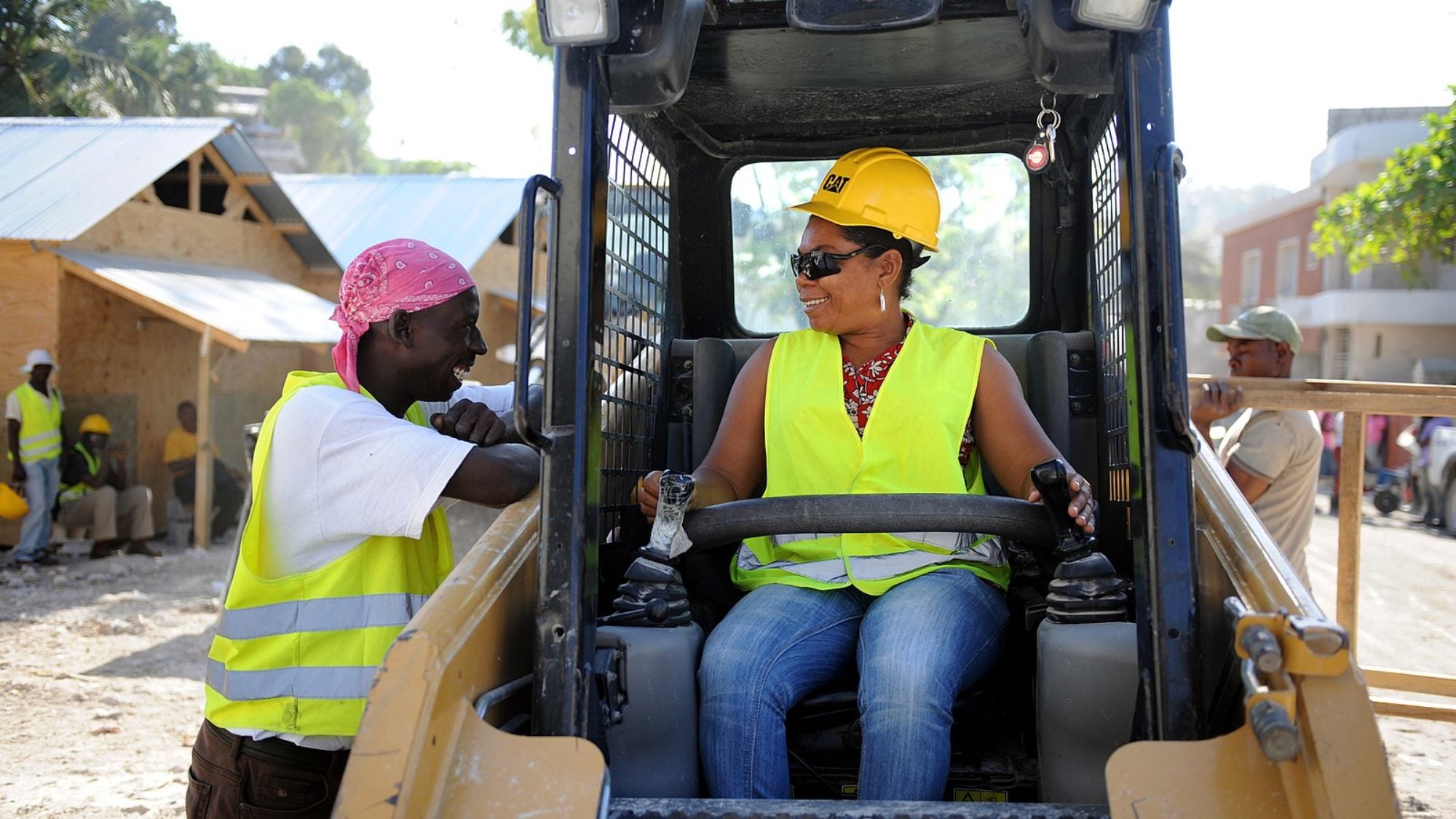 The below article is the second installment in a three-part series. The first installment was published on Tuesday, April 21st.

Women often take on new roles in the economy in conflict-affected societies. Some research suggests that post-conflict countries experience more rapid recovery and poverty reduction when women are empowered and actively participate in economic recovery.

Women’s labor participation may increase during the conflict to fill the roles previously played by men. However, women tend to perform low or unpaid and low-skilled jobs in the informal sector, particularly in agriculture, construction, and textiles. For instance, a 2010 Women for Women survey found that, while 93 percent of women were employed in the Democratic Republic of Congo (DRC), only 7.4 percent were in the formal sector—and informalization may persist in the post-conflict period, such as in Guatemala, Bosnia and Herzegovina, and El Salvador.

In the aftermath of conflict, women who had formal sector jobs in Angola, Mozambique, and Nicaragua also tended to lose them when men returned from the frontlines. Men are typically considered to be better educated and more skilled and thus women are often pressured to return to more traditional roles. When the male population incurs high death rates or when large numbers of men are imprisoned—such as in Rwanda—there are increases in women’s labor participation. However, even then, women still work in traditionally female dominated occupations.

The continuing absence of property and land rights hinders women’s economic participation. In post-conflict contexts like Mozambique, El Salvador, and Rwanda, women face challenges to acquiring entitlement to their lands and properties. For example, Rwandan widows could not inherit the land or property owned by their late husbands or parents until 2000. This prevented them from taking advantage of farm ownership and other agricultural opportunities vital to productivity and greater income generation.

The lack of access to finance and credit also poses a major challenge to women’s economic activity. Recent research by the Georgetown Institute for Women, Peace and Security found that rates of financial inclusion are systematically lower in fragile and conflict-affected contexts, and only 5 percent of women have access to credit in those countries. In post-conflict Liberia, rates of women’s access to an individual or joint financial account were only 14.7 percent in 2017 and 28.2 percent in 2019. Similarly, only 7 percent of women in Burundi had access to a financial account in 2019. While these rates are gradually rising, there is a long way to go.

Women’s roles in the rebuilding of infrastructure

Infrastructure is not gender neutral and not everyone benefits equally from access to services and economic opportunity. The rebuilding of infrastructure should respond to the needs of all segments of society, including women and girls. Providing safe public spaces and transportation, for example, are necessary considerations. One way for women to participate in the design, planning, and implementation of infrastructure rebuilding is through community and village development committees.

In the eastern region of the DRC, women represented 49 percent of the local governing positions in the village development committees (VDCs) as part of the Tuungane community reconstruction program. This was mandated by the International Rescue Committee (IRC) and CARE and contributed to the normalization of women’s participation in local governance, as well as women’s ability to successfully advocate for their priorities in reconstruction projects, such as girls’ education and the rebuilding of schools. For instance, the number of girls who received uninterrupted education since the age of six was higher in the areas of Tuungane reconstruction projects than others. However, women in VDCs still faced challenges in taking on leadership positions due to household constraints, lower levels of education, and lack of experience.

In post-disaster Haiti, women played a major role in Habitat for Humanity’s community mapping and urban planning by providing critical input during focus groups, consultations, and mapping exercises. This led to the inclusion of security considerations for women and girls in housing and Water Sanitation and Hygiene (WASH) projects and established solid waste management as a priority.

Mainstreaming gender considerations in post-conflict reconstruction efforts can help promote women’s economic empowerment and better outcomes for communities, although it remains the exception rather than the norm.

Ambassador Melanne Verveer is the Executive Director of the Georgetown Institute for Women, Peace and Security (GIWPS). She also serves as the Special Representative on Gender Issues for the OSCE Chairmanship. Amb. Verveer previously served as the first US Ambassador for Global Women’s Issues, a position to which she was nominated by President Obama in 2009. From 2000-2008, she was the Chair and Co-CEO of Vital Voices Global Partnership, an international NGO that co-founded to invest in emerging women leaders. During the Clinton administration, she served as Assistant to the President and Chief of Staff to the First Lady. Amb. Verveer has a B.S and M.S from Georgetown University.

Agathe Christien is the 2019-2020 Hillary Rodham Clinton Research Fellow at the Georgetown Institute for Women, Peace and Security. Agathe’s research at GIWPS focuses on women’s participation in peace processes and post-conflict reconstruction. Her expertise also includes women and countering violent extremism, and international migration. Prior to joining GIWPS, she worked with the Livelihoods Innovation through Food Entrepreneurship (LIFE) Project, a food business incubator program for refugees and host communities in Turkey. She holds an M.A. in Arab studies from Georgetown University’s School of Foreign Service and a master’s in International Relations from Sciences Po Lyon, France.