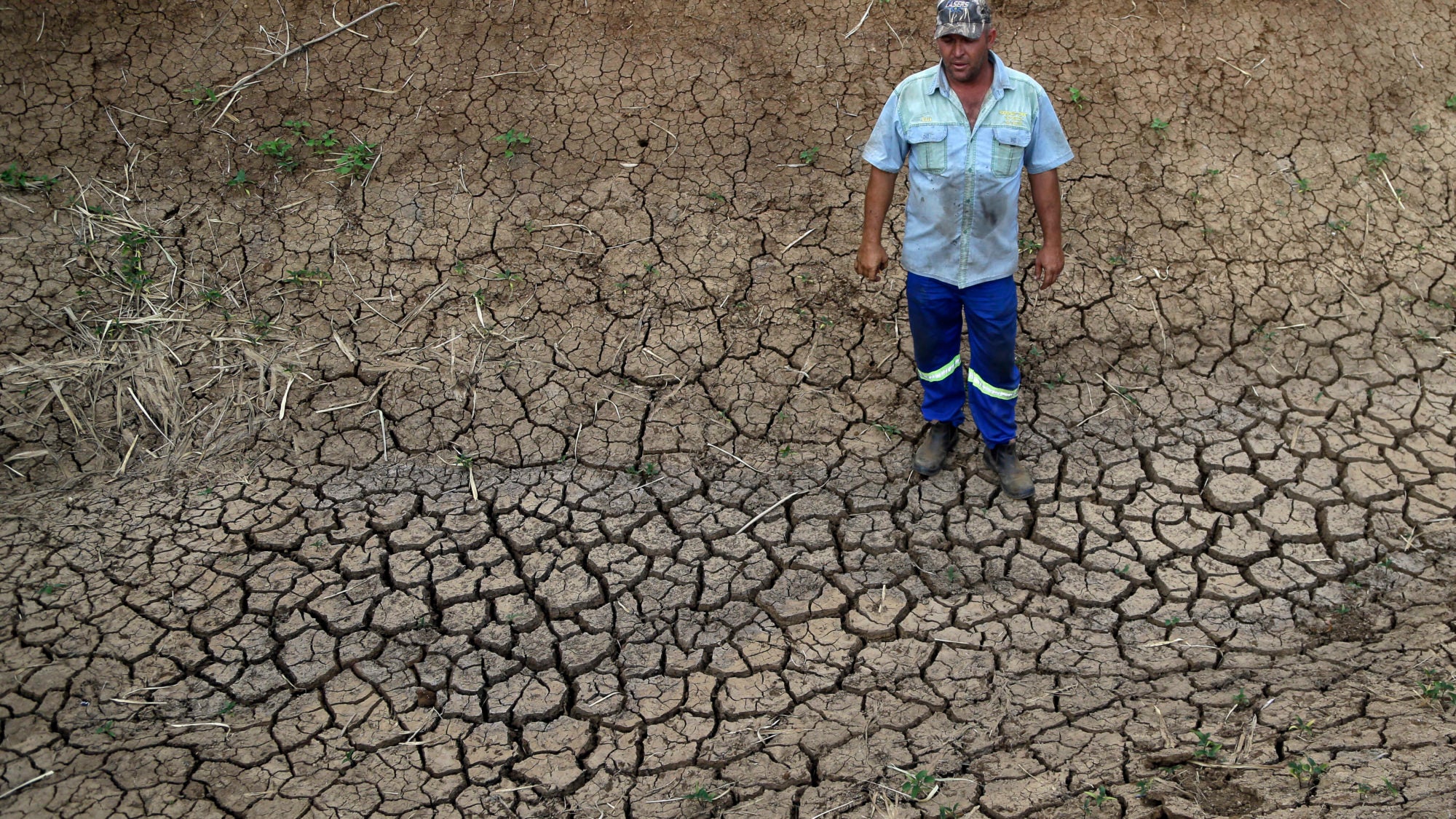 Water security in South Africa is characterized by challenges and inequalities alike. South Africa is a water-scarce country. It receives only around half the global average rainfall. In addition, this limited rainfall is distributed unequally across the country and over time–twenty percent of the land surface receives about sixty percent of the rainfall, and the country is vulnerable to multiyear droughts and floods. Furthermore, climate change is exacerbating the intensity of these droughts, raising the average temperature, and changing rainfall patterns across the country. South Africa also faces issues of unequal access to water. Historical patterns of racial injustice persist more than two decades after its democratization so that poor black communities are the least likely to have access to reliable water services. In rural areas, historically black areas also lack access to reliable water supplies.

In the mid-90s, South Africa was seen as a global leader in the water sector. In 2002, South Africa spearheaded a campaign to set a global goal for sanitation provision, now reflected in the United Nations’ 2030 Sustainable Development Goals. It achieved the 2015 Millennium Development Goal for domestic water supply and guaranteed the human right to water through its constitution and free basic water policy. South Africa accomplished these achievements in the face of massively unequal access to water supply and sanitation arising from the racially divisive practices of the apartheid government prior to 1994.

In recent years, however, the performance of South Africa’s water sector has declined, particularly in relation to the reliability of water supply services. In 2018, the Department of Water and Sanitation reported that only sixty-three percent of households had access to a reliable supply of water. Furthermore, resilience to recurring drought has decreased due to a combination of increased demand, poor management, and increasing corruption. While Cape Town’s ‘day zero’ alerted the world to the drought-related crisis facing the city of around four million people, the reality is that regular supply failures are normal for millions around the country, particularly poor communities. The shortcoming is at least partially attributable to corruption, which has impacts on both national and household water security.

Corruption in the South African water sector has become systemic. The formal rules, which are thorough and well-developed, have been superseded by informal rules which bypass or distort formal processes. The repercussions of corruption are witnessed across the country, from taps in rural villages to the extensive infrastructure systems that supply the economic heartland of Gauteng. A recent report co-authored by the Water Integrity Network (WIN) and Corruption Watch identified a number of examples of how corruption has manifested in the South African water sector. Water supply infrastructure has been deliberately vandalized so that municipal councillors and their friends could get contracts to tanker water instead. The raising of the Clanwilliam Dam in the Western Cape province was delayed due to corruption attempts, resulting in delays in the creation of thousands of much-needed agricultural jobs. Companies have paid bribes to get business. Some have even promoted unnecessary projects and claimed payment for work executed poorly or not executed at all, often colluding with officials who oversee their work. Tender and procurement irregularities have affected the provision of portable chemical toilets to poor communities. At the other end of the spectrum, individual households have addressed their poor access to water through paying for unauthorized and unmetered water connections. Most of these cases surfaced through investigations by the Auditor General of South Africa and through reports by brave investigative journalists, two key elements in the fight against corruption.

These problems were even further exacerbated by the appointment of officials who lacked the appropriate skills to meet their job requirements and officials who are pressured by politicians and senior staff to participate in corrupt activities. Officials risk dismissal if they fail to comply. In some cases, threats of violence have been used to intimidate them. Corruption and mismanagement have driven the deliberate weakening of institutions in the water sector. For example, between 2009 and 2015, the average term of office of the directors-general in the Department of Water and Sanitation was only eleven months.

The WIN/Corruption Watch report identifies three broad categories of corruption: interference in procurement and operational processes, distortion of policy and regulatory decisions, and taking control of crucial institutions. Corruption manifests in strategies such as abuse of procurement processes, through influencing tender processes and requirements or through the abuse of, for example, pre-qualification processes and emergency provisions.

While all these issues must be addressed, the solution to systemic corruption is not simply found in strengthening the formal rules. Indeed, the formal rules for procurement, access to information, and corruption prevention are well-developed. However, formal rules carry little weight if senior leaders and officials are willing to simply bypass them, particularly if such bypassing can be done with impunity.

The report makes a series of recommendations that could serve to substantially reduce corruption in the water sector and that may be of relevance to other countries also experiencing high levels of corruption. The recommended starting point is to designate the water sector as an “island of integrity,” a no-go zone for corruption on the basis of the importance of safe water in protecting the lives and well-being of people. However, little will change until the current culture of impunity is replaced with one of accountability. Honest, ethical, and committed leaders must be appointed to run key institutions. In addition, procurement systems and practices must be further strengthened, including the use of integrity pacts, e-procurement, open contracting data standards, and red flag monitoring.

Finally, the report makes an important point that the critical role of supreme audit institutions, the media, and civil society in uncovering corruption must be recognized. It is vitally important to protect and strengthen these structures.

Corruption in the water sector has had significant negative impacts on the economy and on the health and well-being of people in South Africa. It has violated the right to water as guaranteed in the Constitution and has resulted in the loss of jobs. The health of people depends on access to safe and reliable water supply and sanitation services, as does the ability to take part in economic activities at all levels. Controlling corruption is a critical component of ensuring water security at both the household and national levels.

Barbara Schreiner is the Executive Director of the Water Integrity Network. She worked at a senior level in the Department of Water in South Africa for many years, including as an advisor to the then Minister. She is currently a member of the Advisory Committee of Water Specialists to the Minister of Water and Sanitation in South Africa. 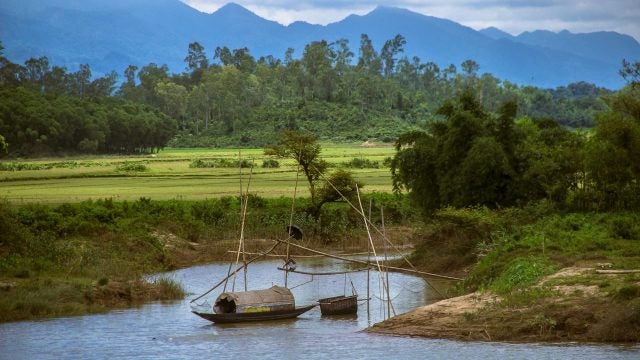 While climate change continues to threaten all nations, the full severity of its impacts is yet to be understood. A range of root factors including geographic location, socioeconomic conditions, and… 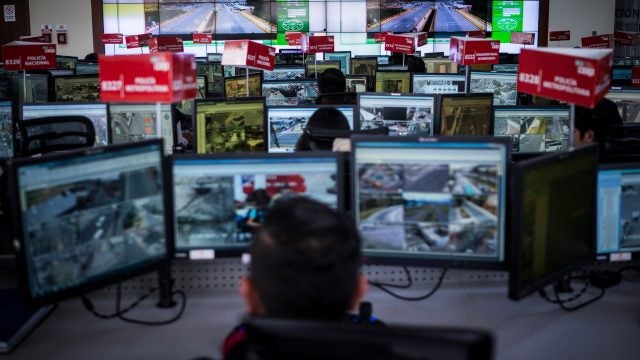 One of the great challenges of cyberspace is defending freedom and human rights on the internet, all of which are in steady decline. In a decade, we have…

The Reemergence of Vaccine Nationalism

The race to develop pharmaceutical products targeting COVID-19 has quickly expanded to encompass hundreds of research projects. As of June 2020, there were over 140 vaccine candidates in development,…