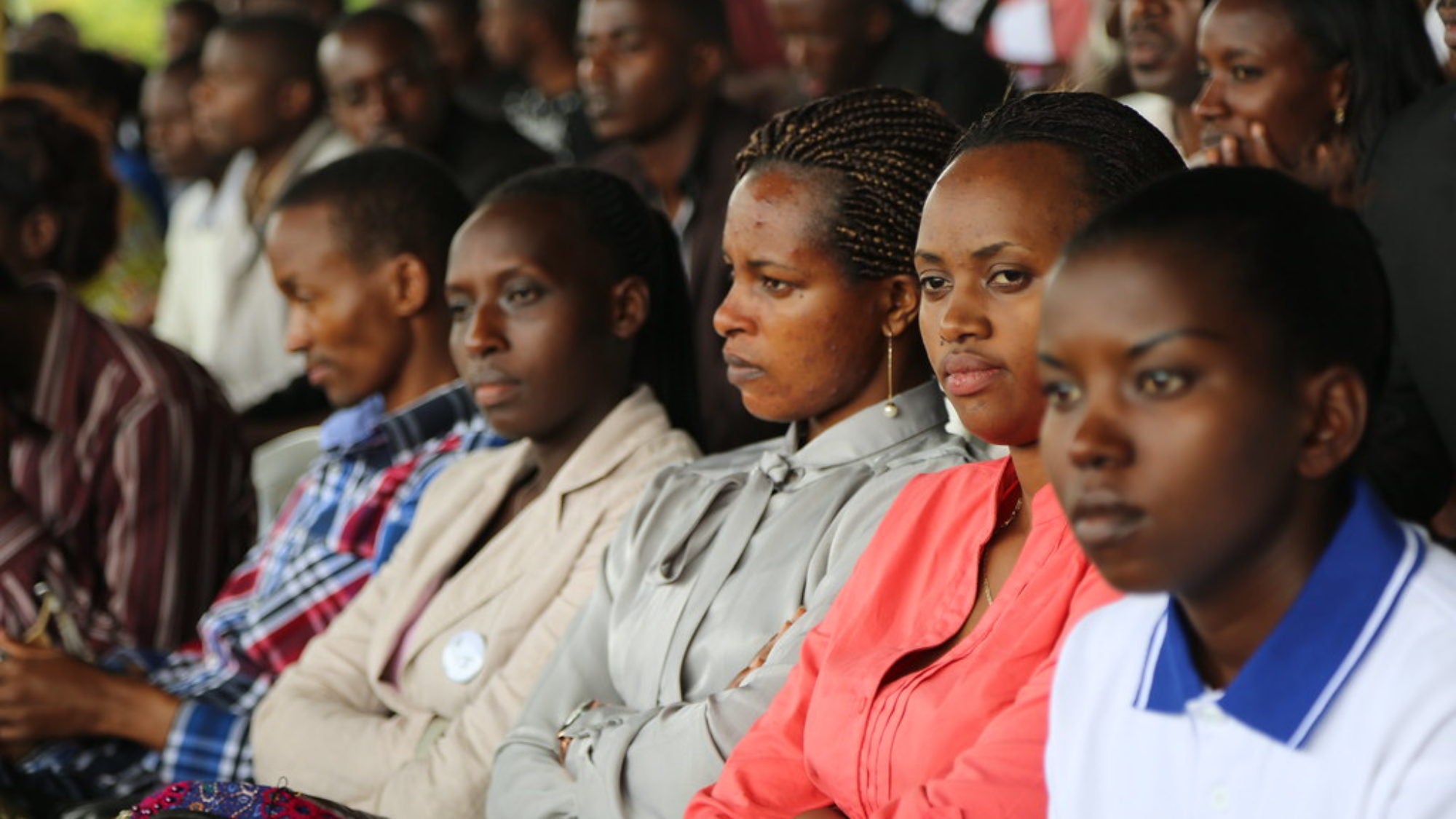 Genocide ravaged Rwanda in 1994. From April to July, over one million Tutsi and moderate Hutu were murdered. For the past twenty-six years, Rwanda has engaged in an unprecedented transitional justice program whose ambitious goal has been for the Rwandan state and society to address large-scale and systematic crimes of genocide. According to the International Center for Transitional Justice, these crimes are “so serious that the normal justice system will not be able to provide an adequate response.”

The early transitional Rwandan government decided first to arrest and punish suspected perpetrators in international, national, and local courts. Other justice efforts followed, focusing on restoring social ties through public apologies, truth investigations, and remembrance. Although no perfect system exists to provide justice in the aftermath of gross violations of human rights, recognizing the complicated dynamics around relationships between memory and justice in post-genocide Rwanda is essential to formulating effective public policy.

Significant scholarship positions Rwanda’s transitional justice efforts as a means to consolidate state power. Consequently, transitional justice theorists cite the symbolic value of remembering genocide, including the positive impacts that remembrance might yield. Based on ninety-seven interviews I conducted with Rwandans from 2013–2019, this article posits that understanding and analyzing the complexity of genocide memory is necessary to promote sustainable and effective policy. For remembrance justice policies to succeed, recognizing that genocide memory is an effort from both the bottom and the top is imperative. In turn, I have identified key factors that can help bridge divides between official genocide memory policies and lived experiences of Rwandans.

Fostering a Sense of Justice through Remembrance

In Rwanda, public genocide commemoration ceremonies, called Kwibuka, take place every year from April 7 to 13. They are organized and attended from the national level in the capital of Kigali to the community level around Rwanda, and also in the diaspora in global communities the world. Engaging in such commemoration is a form of national solidarity. Even if some citizens feel that their individual presence does not matter, attending public commemorations at any level is an important aspect of building a collective Rwandan identity that is based on the shared experience of past trauma.

Memorial sites that house victims’ bodies are often built on mass graves and considered meaningful forms of justice. One interviewee on the Rwandan-Democratic Republic of the Congo (DRC) border cited the example of local security personnel who entered a memorial site wearing mud-drenched boots. She said that this disrespect for the site—where her own family members were buried after being murdered during the genocide—caused her pain and panic attacks. The disrespect from non-survivors was another source of ongoing conflict between the survivor community and the local authorities in the Cyangugu area. Ultimately, signs of respect matter in terms of signaling from local officials and the non-survivor community that victims’ and survivors’ experiences are important and will not be repeated by their neighbors. Disrespect toward the memorial sites sends the opposite message.

In the years immediately following the genocide, survivors went to commemorations, often to try to find others who survived. My interviews demonstrate the universal cultural importance of victim identification and burial—a practice that provides psychological closure. While this process elicits immense grief, interviewees also characterized the closure as justice. When analyzing the self-defined aspects of justice, interviewees frequently noted the need to know the truth about where loved ones were killed and where their bodies were thrown.

Gacaca proceedings are a unique example of truth-seeking efforts in Rwandan society. These were local courts based in Rwandan cultural practices of dispute-resolution, where adversaries would meet “on the grass”—Gacaca—to resolve community issues. Redesigned and codified into law on January 26, 2001, Gacaca relied on judges elected within local Rwandan communities who were usually respected individuals with great integrity. The courts closed on May 4, 2012. Significant works consider the successes and failures of Gacaca including issues of fairness and bias, lack of professional training of the judges, due process, intimidation of witnesses, just punishment, determining forensic or factual truth, and reduced punishment in exchange for confessions. In terms of memory and justice, while Gacaca processes of local justice were painful to attend for many genocide survivors, they yielded information about where certain victims were killed and left. In my research, the knowledge about what happened to their loved ones was one significantly positive impact of Gacaca that many genocide survivors characterized as necessary to achieve justice.

The relationship between genocide memory and notions of justice varies greatly depending on social, political, and identity-based factors. Nevertheless, recognizing the connection between remembrance and justice provides new options for justice policies that are not based on punishment of the guilty.

Conversely, too much political involvement and a lack of survivor-driven memorial efforts hinder memorialization’s ability to render senses of justice. Remembering the genocide does not lead to justice when political agendas or overt discussions about development overshadow the mourning period. This pattern in post-genocide Rwanda is not new. Governments often employ national traumas to buttress their legitimacy or promote their national agendas. While these messages can be subtle during commemoration, they are not always viewed positively by Rwandans who attend commemorations.

In his 2014 speech during the twentieth genocide commemoration, President Kagame applauded the development that Rwandans have made since the genocide, highlighting the citizens’ resilience toward living peacefully together. His message inspired some, whereas others thought this comment veiled the fact that many survivors and former perpetrators still face village-level problems. Building infrastructure in downtown Kigali has little to do with issues they still face around the country, including lack of social and financial support and stability due to loss of family during the genocide or social stigmatization because of time spent in prison. Highlighting development during commemoration can be perceived as empty rhetoric that celebrates government progress instead of addressing how Rwandans still face consequences of the genocide.

Furthermore, policies regulating the mourning period make some survivors feel as if not enough time and freedom exists for them to mourn the way they desire. One genocide survivor said, “I remember when we were at school. We had to form a circle and say what we remembered. This practice is no longer being done because the government thought it was too traumatic and it might destroy people rather than rebuild them. Some survivors still wish to do this practice.”

Genocide survivors also have said that memorialization is less meaningful when their personal mourning actions are limited or interfered with. For example, this occurs when genocide survivors cannot stay at memorial sites overnight or when national processes overshadow personal remembrance practices. In many communities, Kwibuka once took place overnight around a communal fire, which evokes a traditional Rwandan way of mourning. National commemorations have become increasingly shorter, and only some communities are permitted to have overnight commemorations around the flame.

Rwandans are better off than they were in 1994 in terms of many development indicators. However, overwhelming expressions of pride about rebuilding, specifically as presented during the mourning period, can resemble an affront to the specific needs of victims and survivors during commemoration.

In July 2012, Gacaca processes concluded. In December 2015, the UN International Criminal Tribunal for Rwanda (ICTR) closed its doors. As traditional juridical programs waned, symbolic justice measures aimed at restoring social ties and promoting peace became more important. Researching memory and justice therefore has provided a unique opportunity to take the pulse of Rwandan citizens’ perspectives toward the justice mechanisms they have participated in since the genocide ended. Their opinions can provide important information for policymakers truly invested in restoring social ties and preventing the recurrence of violence. My research indicates that policymakers must address the following points.

First, Policymakers should value active participation from and candid consultation with Rwandan citizens. Citizens’ desires and policymakers’ actions are often disconnected in post-atrocity societies because of the breakdown of normal social and institutional functions—including communication. As a country develops and tries to bring people together after conflict, the active political participation of the population should be at the country’s core. In order to gain more accurate information, policymakers must directly and continuously engage and validate citizens’ experiences. For example, government policies that move, consolidate, or change the structure of memorial sites are sensitive issues for Rwandans who visit the sites to feel connected to lost loved ones. National laws since 2016 have prioritized preservation of material at the sites and have made plans to rebuild mass graves and structures, moving and then reburying those buried there in order to do so. While the government assumes that victims would prefer modern structures at the sites, these policies can face significant community backlash and dissatisfaction, if communities are not consulted beforehand.

Policymakers must also recognize failures as opportunities for improvement. Rwanda has taken bold measures to establish peace, justice, security, and development after the genocide. Justice policies like gacaca proceedings and the Ndi Umunyarwanda (I am Rwandan) program have received mixed evaluations and legacies of success according to Rwandans and external actors. Policymakers should not fear to recognize failure. Critique of public policy can provide opportunities to reimagine how criticism and failure operate, especially in government, from embarrassment to productivity and progress. The ways in which a country addresses failure informs its overall resilience.

Research in post-genocide communities is entrenched in questions of morality, ethics, relationships, power, and agency. The issues are complex, and peoples’ perceptions, needs, and desires vary extensively. While no formula yields perfect results, focusing on the above factors can start the journey toward good policy in post-genocide societies like Rwanda.

Samantha Lakin, M.A., is an advanced doctoral candidate at the Strassler Center for Holocaust and Genocide Studies at Clark University. She is a Graduate Research Fellow at the Program on Negotiation at Harvard Law School. Lakin serves as an advisor on transitional justice and human security to U.S. Ambassadors and UN officials, and has led and participated in research teams in Rwanda, DR Congo, Northern Uganda, and Ghana. She is the co-author of the book Heroines of Vichy France: Rescuing French Jews During the Holocaust, published by Praeger in 2019. Her research on Rwanda has been published in Genocide Studies and Prevention: An International Journal; the Journal of Identity, Culture and Politics: An Afro-Asian Dialogue; the Journal of the International Bar Association; and the Journal of African Union Studies.