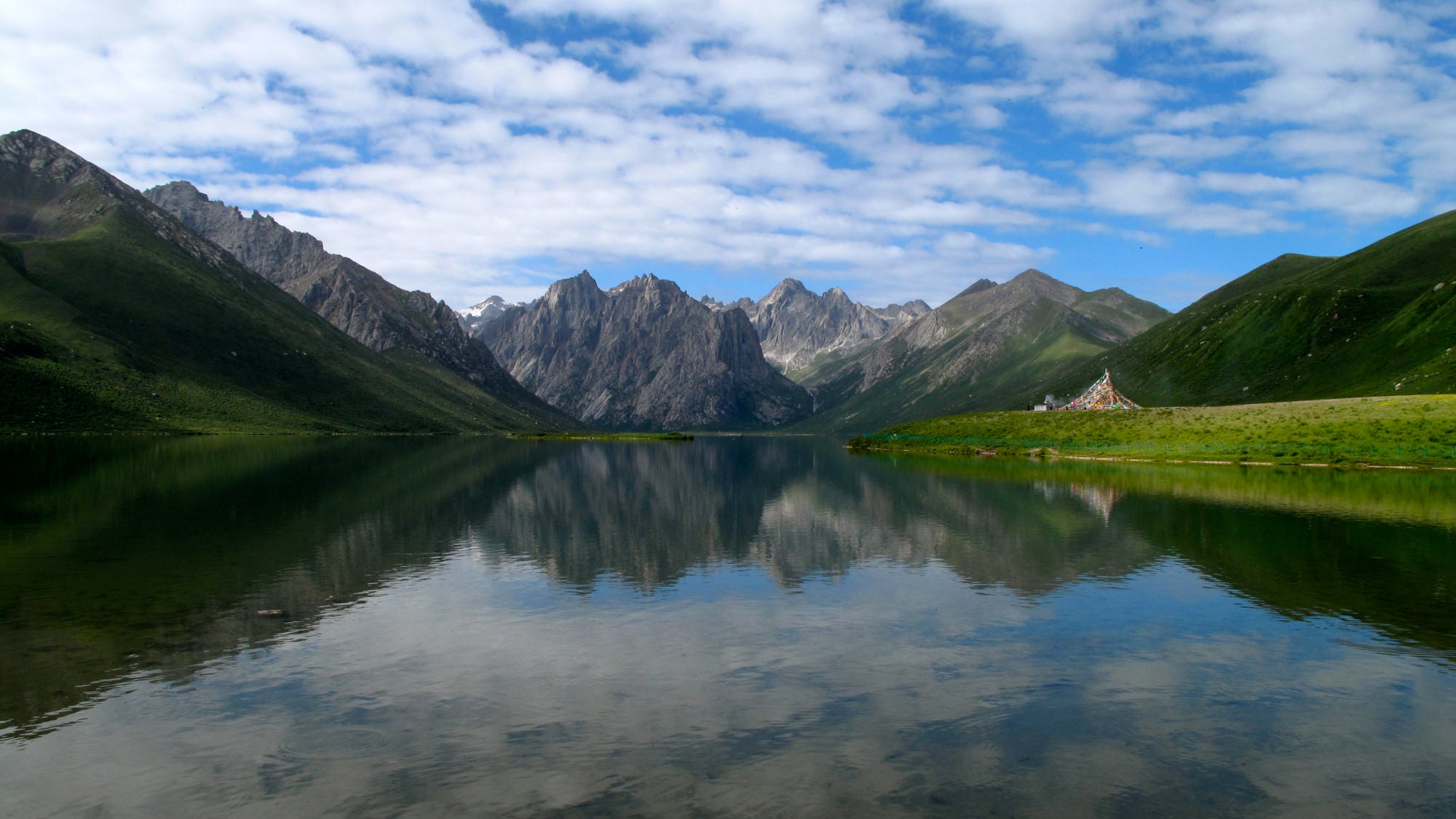 While the international attention remains on China’s recidivist activities in the disputed waters of the South China Sea, where it continues to incrementally expand its strategic footprint, Beijing is also quietly focusing its attention on the waters of rivers that originate in the resource-rich, Chinese-controlled territory of Tibet.

China has long pursued a broader strategy to corner natural resources. This has driven its expanding presence in faraway places, including Africa and Latin America. China’s newer obsession is freshwater, a life-creating and life-supporting resource whose growing shortages are casting a cloud over Asia’s economic future.

Peace and security in Asia both hinge on China’s willingness to embrace rules-based cooperation, which includes ceasing activities that threaten to turn internationally shared river-water resources into a Chinese political weapon. These activities range from building cascades of large dams on international rivers before they leave Chinese-controlled territory to the denial of or delayed transfer of hydrological data to downstream neighboring countries.

Most of Asia’s great rivers originate on the Tibetan Plateau. From there, they flow to a dozen countries, including mainland China. With its lofty terrain, featuring the world’s tallest mountain peaks and largest concentration of glaciers and riverheads, the Tibetan Plateau influences atmospheric circulation — and therefore climate and weather patterns — across the Northern Hemisphere.

Today, China has turned this ecologically -fragile plateau, which it invaded and occupied from 1950 to 1951, into the center of its mining and dam-building activities. With the plateau warming more than three times faster than the global average according to Chinese data, glacial recession, especially in the eastern Himalayas, and the thawing of Tibet’s permafrost (or permanently frozen ground) have accelerated.

More consequential for downstream countries is the fact that China, by building giant dams and other diversion structures on international rivers that start in Tibet, is becoming Asia’s upstream water controller. This action is arming Beijing with increasing leverage over the countries critically dependent on river flows from the Tibetan Plateau.

Take the Mekong River, continental Southeast Asia’s lifeline. A new study in the United States confirms what many in the region know — that China is damming the Mekong to environmental hell. According to the study, China’s cascade of upstream mega-dams, by limiting downstream flows, is causing recurrent droughts in Thailand, Laos, Cambodia and Vietnam by limiting downstream flows. Using a natural-flow data model, the study found that the 11 eleven Chinese mega-dams currently in operation on the Mekong are causing severe drought and devastation downstream. Yet an undeterred China is building more giant dams on the Mekong just before the river crosses into Southeast Asia. This study by the Eyes on Earth research and consulting company was conducted with funding from the State Department’s Lower Mekong Initiative.

It is not just the Mekong: China is constructing dams on multiple international rivers just before they leave its territory. China’s efforts to reengineer cross-border natural flows are roiling its relations with downstream neighbors. Its occupation of the sprawling Tibetan Plateau enlarged its landmass by more than one-third and fundamentally altered Asia’s geostrategic realities. It made China the neighbor of India, Nepal, and Bhutan. Furthermore, China gained a throttlehold on the headwaters of Asia’s major river systems.

Tibet — the world’s highest and largest plateau — is also a treasure-trove of mineral resources, holding China’s biggest reserves of 10 ten different metals and serving as the world’s largest lithium producer. Today, Tibet is the focal point of China’s mining and damming activities, which threaten the plateau’s fragile ecosystems and endemic species. Tibet also remains at the center of the China-India divide, fueling territorial disputes, diplomatic tensions, and feuds over river-water flows. Among the rivers China’s dam builders are targeting is the Brahmaputra, the lifeblood for Bangladesh and northeastern India. A series of dams are coming up on the Brahmaputra, known as Yarlung Tsangpo in Tibet.

Beijing’s unilateralist actions extend beyond dam building. In 2017, China refused to supply hydrological data to India in violation of the terms of two bilateral agreements, underscoring its readiness to weaponize the sharing of water data on upstream river flows. The data denial was said to be intended to punish India for boycotting China’s inaugural Belt and Road summit and for a military standoff between the two countries that year on the small, but strategically important, Himalayan plateau of Doklam. The withholding of data crimped India’s flood early-warning systems. That, in turn, resulted in preventable deaths as the monsoon-swollen Brahmaputra overran its banks, leaving a major trail of destruction, especially in India’s Assam state.

The Siang, the main artery of the Brahmaputra river system, represents another example of China’s unilateralist actions on internationally shared waters. In 2017, the Siang’s water turned dirty and gray as the stream entered India from Tibet. This raised concern that China’s upstream activities could be threatening the Siang in the same way Beijing has polluted its own domestic rivers, including the Yellow, the cradle of the Chinese civilization. Nearly three years later, the water in the once-pristine Siang has still not fully cleared.

According to Aquastat, a database of the Food and Agriculture Organization of the United Nations, 718 billion cubic meters of surface water a year flows out of the Tibetan Plateau and the Chinese-administered regions of Xinjiang and Inner Mongolia to neighboring countries. Of that amount, 48.33 percent% runs directly into India. In addition, Nepal’s Tibet-originating rivers drain into India’s Gangetic basin. This might suggest that no country is more vulnerable than India to China’s current focus on building cascades of large dams on international rivers. In reality, as China’s frenzied damming of the Mekong illustrates, its small, economically vulnerable neighbors are the most susceptible to its upstream hydroengineering activities. The greatest impact of the Brahmaputra’s damming, for example, will be borne not by India but by Bangladesh, which is located furthest downstream.

For years, China has been the global leader in dam building. It already boasts slightly more than half of the globe’s approximately 58,000 large dams. Yet its “dam rush” persists. The more dams it builds on international rivers, the greater becomes its capacity to use transboundary waters as a tool of coercive diplomacy against its neighbors. Every new dam, by augmenting China’s capacity to regulate transboundary flows, increases the potential use of shared waters as a political weapon by augmenting China’s capacity to regulate transboundary flows. This concern is underscored by China’s refusal to enter into a water-sharing treaty with any neighboring country. Even India and Pakistan have a water-sharing treaty.

China’s present path will likely lead to greater environmental degradation on the Tibetan Plateau, exacerbating Asia’s water challenges. Asia is the world’s largest and most-populous continent, with three-fifths of the global population, yet it has the lowest per capita freshwater availability — less than half the global average of 5,829 cubic meters.

At a time of increasing water stress in Asia, the growth of water nationalism as a driver of China’s policy highlights the linkage between water and peace. Cooperative institutional mechanisms and sustainable resource utilization constitute the building blocks of water peace.

If China does not abandon its current approach in favor of institutionalized cooperation with co-basin states, the prospects for a rules-based order in Asia could perish forever, while the likelihood of downstream countries facing a drier future would increase. Asia will be able to shape water for peace only if China comes on board by embracing transparency and collaboration, centered on water sharing, uninterrupted hydrological-data flow, and dispute-settlement mechanisms.

Brahma Chellaney is professor of strategic studies at the New Delhi-based Center for Policy Research, an independent think tank, and the author of nine books, including Water: Asia’s New Battleground (Georgetown University Press), the winner of the Bernard Schwartz Award.