Gender and Climate Change
The climate crisis is eroding the health and stability of ecosystems and livelihoods around the world. While the impacts of climate change are felt by all, they vary disproportionately based on various intersections of identity, including race, class, sexual orientation, and gender identity. Gender particularly remains a critical dimension in defining social structures and identities, and climate change exacerbates gender inequalities and discrimination. Because of their economic marginalization, political disenfranchisement, and differentiated labor responsibilities, women around the world face the consequences of the climate crisis first and worst, and women lack equitable representation and power in crafting climate policies to address their needs. Focusing on women in South Africa who work in the agricultural sector, this article will elucidate larger themes of gender inequality in agricultural workforces and this sector’s vulnerabilities to the climate crisis around the world.

Impact on Women in South Africa’s Agricultural Workforce
Recent weather events across South Africa, such as the 2019 droughts, the worst in thirty-five years for some regions in the country, have sparked widespread interest in understanding the role of global warming in driving extreme weather. These events are among patterns of more extreme weather across the globe, shaped largely  by human-induced climate change. As the climate has warmed, some types of extreme weather have become more frequent and more severe, with increases in deadly and devastating floods, extreme heat, and lengthy droughts. Most areas in Sub-Saharan Africa are already grappling with the impacts of climate change, which are likely to intensify in decades to come. Persistent droughts in the region have caused agricultural soil to become hard and dry, delaying harvests and preventing crops from growing to full maturity. Rural communities are not spared from these harsh realities as they rely on natural resources for survival, with agriculture being one of the most vital sectors in their economies.

Furthermore, research and lived experiences have both shown that there is a direct relationship between gender and the experienced effects of climate change. Due to gendered social norms and inequalities, women often hold positions burdened by environmental change, such as water collection and smallholder farming, which immediately feel impacts of drought or disaster. Women, contributing sixty to eighty percent of the agricultural labor force in South Africa, are especially vulnerable to the effects of climate change. The disproportionate impact of climate change on women magnifies gender inequities, including political disenfranchisement and economic marginalization. Women are vastly underrepresented in climate decision making positions at the United Nations global climate negotiations, and climate change more severely impacts women who are already experiencing economic marginalization and the structural violence of poverty, which includes many Black women in South Africa whose livelihoods depend on farming. For these women, failed harvests limit both the availability of fresh, nutritious food for their families and income for expenses such as school uniforms and educational resources for their children.

The problems of climate change compound the additional challenges faced by women farmers in gaining equal footing in the agricultural market, and these challenges are well documented. While they dominate labor contributions, women do not have the same access to markets and credit. As demonstrated in an “Africa Renewals” report, with the case study of Uganda, women make up more than half of the labor force but make less than half of the profit from harvesting cash crops; in fact, they only sell eleven percent. Broadly, women constitute sixty to eighty percent of smallholder farmers, yet make up about fifteen to twenty percent of landholders in sub-Saharan Africa. Moreover, women receive less than ten percent of available credit and seven percent of credit extension services. This is in part because women, while making up a large proportion of the agricultural labor force, tend to be involved in informal sectors such as communal gardens at schools or community spaces, where their contributions are not recorded in an official capacity. In such settings, women farmers receive limited government support and only a small number of people can contribute to the necessary labor. These gardens are vulnerable to exploitation—when it is harvest time, people who wish to benefit from the gardens steal crops and equipment. Clearly, there are no safeguards or security for women in agriculture, even at this small scale, and the lack of such safeguards poses a huge limitation to women’s ability to sustain their livelihoods and grow their businesses. However, when trying to advocate for support systems and financial connections, women often face corruption and political interference, and are taken from pillar to post when seeking assistance from the government.

A lack of political will from authorities to help small-scale farmers, especially women, is compounded by greed and corruption within the system. Small-scale women farmers receive little formal support as compared to their male counterparts. Male-managed farm plots consistently out-perform those of their female counterparts by as much as sixty-six percent in Niger and twenty-five percent in Malawi. This is likely because necessary supplies such as seed, fertilizer, and labor are less available to women.

Agribusiness in South Africa, like agribusiness all over the world, pursues mostly monoculture farming that is profit-driven, biodiversity-destroying, and carbon-intensive. The stark contrast between this agribusiness model of agriculture and the efforts of women to provide healthy and safe food for their communities through alternative forms of small-scale agriculture is demotivating for small-scale women farmers.

Because they cannot financially compete with these huge industries, South African women farmers have taken a firm stand as local women to empower and support each other, speaking in one voice against these atrocities. The problems women face in the climate crisis are systemic and institutionalized, and in addressing them, small-scale women farmers must continue to come together and fight against their rights being commercialized and violated.

These efforts must be supported by policies designed to support women. Women have unique knowledge and specialized skills that can produce effective and sustainable solutions to climate change. Women often also have local knowledge and leadership positions that are invaluable to effective and sustainable climate policy and planning, particularly around the management of resources and agricultural planning and practices. The sidelining of women in critical climate decision-making processes and policies in the halls of power, from the local to the global level, results in decisions that often ignore challenges specifically faced by women and entrenches inequalities further.

Policies that seek to break down these inequalities, including greater credit access or small financing sources for women, would be one step in the right direction. When local farmers have access to climate information, land, education, extension services, technology, inputs, credit, and finance, they will be able to engage in adaptive practices. This policy will increase the ability of communities and households to better understand climate change risks and vulnerabilities. Women will be able to make informed decisions, such as selecting drought-resilient crops. They will be empowered to discuss and analyze threats and opportunities, use innovative, farmer-led, community-based, and gender-sensitive approaches including traditional and indigenous knowledge for capacity-building and growing more food. If given enhanced access to tools, resources, and opportunities to take part in decision making, local women farmers could play a vital role in the promotion of climate-resilient practices in agriculture.

In addition, there is a growing consensus that development policies must seriously contend with women’s unvalued or undervalued contributions to the economy to successfully alleviate their disproportionate poverty. As farming activity in South Africa is on the edge of survival, economic empowerment for women and small scale farmers is fundamental. Partnerships must be created with financial institutions and other non-bank partners to inform the development of Small and Medium Enterprises (SME’s) and loan products (funding small, medium-sized enterprises) specifically geared towards the needs of women-owned SMEs. South Africa must design unique programmes for women’s economic empowerment with a core focus on intersectionality, leadership, and the status of women in their different communities.

There is also a need to address gender equality and harmful forms of masculinities from a life-cycle approach, involving parents, community members, and institutions including educational, religious, government, and commercial business organizations. South African society must encourage men to take leadership in addressing levels of political violence against women and promote inclusive education that does not perpetuate gender roles, but instead has an encompassing curriculum which will expose boys and girls to basic human rights.

Integrating gender equality principles into climate action in South Africa requires profound systemic change involving gender mainstreaming and the transformation of unequal gender relations and societal structures. It is necessary to put in place action plans that address structural barriers to gender equality, including patriarchal social norms and discriminatory laws and customs that disempower women and exclude them from meaningful participation and contributing equally to climate change solutions. Climate change is altering the agricultural landscape and livelihood of both grassroots men and women in South Africa. It is predicted that the agricultural sector in the country will continue to be affected by climate, introducing the likelihood of dwindling stock yields and greater loss of livelihoods. In many parts of South Africa, subsistence farming activities take place where there is a need to manage agricultural resources with an understanding of ecosystems and the human communities within.

According to the UN’s Technology Executive Committee, “Bottom-up and participatory approaches can enable the replication of local innovations in sustainability, ensuring suitability for local contexts.” A transition in agricultural practices is needed to face issues connected to the climate emergency and sustainable practices that have already been developed by local communities all over the globe.

Climate justice cannot be achieved without the voices and leadership of women leaders from around the world. Their knowledge and skills in building gender-sensitive and effective climate solutions are of the utmost importance in creating a just transition from the climate crisis.

Ndivile Mokoena is a Project Officer for the Gender into Urban Climate Change Initiative, a project of GenderCC SA – Women for Climate and Gender Justice, a Johannesburg-based NGO working on climate change policy advocacy, building capacity in local communities, and raising awareness on climate change across the board. She is currently working directly with communities, especially women’s cooperatives, on energy and agricultural matters. She also works with local, provincial, and national governments at the policy level and implementation of climate action at the local level.

Mara Dolan is an intersectional feminist, environmentalist, student and freelance journalist. At the Women’s Environment and Development Organization, she works on policy research, advocacy, and coalition-building among feminist and climate justice movements. She graduated with a Bachelor of Science in Environment & Inequality from Brown University in Rhode Island. 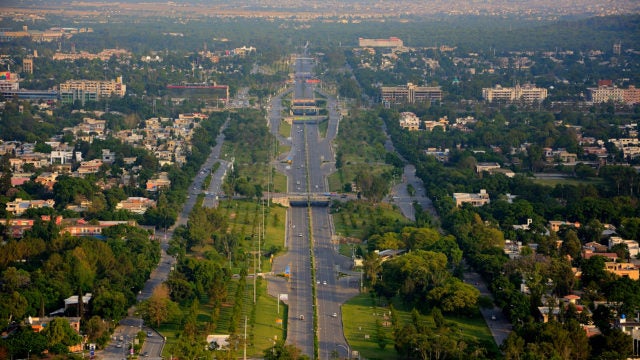 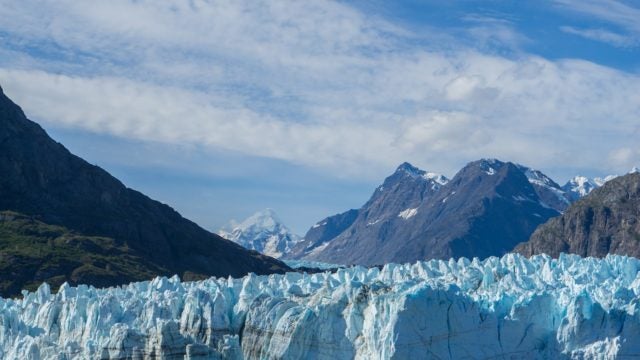 Defining Problems in the Face of Urgency: Climate Change and the Arctic

An apocryphal story credits Einstein with saying that, if given an hour to solve a problem, he would spend fifty-five minutes defining the problem. Regardless of the attribution, the sentiment…