Title: Community and Health Governance in Myanmar during and after COVID-19

Violence in parts of Myanmar has weakened communities and made them more susceptible to community transmission of COVID-19 and other health risks. In other fragile and transitioning states, health system decentralization has supported better health outcomes and promoted stability. Governance reforms in Myanmar are crucial to improving stability, peace initiatives, and the standard of living in Rakhine State and across Myanmar.

COVID-19 has exposed the real consequences of continual violence and Myanmar’s need for a strong health system to resolve conflict and instability. Although the WHO lauded Myanmar’s containment of the virus in early 2020, COVID-19 cases increased in the second half of last year.[i]  To re-establish its strength, Myanmar must rebuild its local governance capacities where they are broken, strengthen local community groups, and move toward a model of decentralized governance.

The Complexity of Health System Governance in Myanmar

Quality health system governance reduces under-five mortality, increases life expectancy, and overall improves citizens’ health outcomes. The general welfare provided by health services is crucial to acknowledge during periods of transition, peacebuilding, and state-building, but also more broadly to ensure proper governance and popular support. In many parts of the country, an environment contested between ethnic armed organizations (EAO), the official label of armed non-state actors in Myanmar, and the Tatmadaw, the Myanmar military, fragments health system governance. The Myanmar state-run health system reaches where the Tatmadaw holds territorial control, but health systems elsewhere are inconsistent. Beyond Tatmadaw territory, EAOs may guarantee their own health services with varying degrees of effectiveness. In some EAO jurisdictions, health services offer only basic health care, while other jurisdictions’ health services are favorable enough to attract medical . Most jurisdictions provide these health services free of charge because remittances, taxes, donor funding, or other EAO-led business ventures, both licit and illicit, often fund . These decentralized health services emerge as a result of the de facto nature of decentralization in parts of the country. For example, EAOs may deny the entry of state health services – already weak in ethnic regions – into their areas of control where Ethnic Health Organizations (EHO) then assuage the gaps in health services left by the absence of state-led health care. In other areas, state health services and EHOs operate side-by-side with varying degrees of support.

Myanmar’s National League for Democracy (NLD) government champions health reforms and since 2015 has reduced out of pocket costs, increased health expenditures, and begun to roll out Universal Health Coverage through its official 2017-2021 National Health Plan. However, the 2008 military-drafted constitution entrenches the military at the heart of Myanmar’s governance and fails to delegate public health responsibilities to the administrative divisions of Myanmar.  Myanmar’s state-run health system has not progressed toward meaningful governance delegation or devolution since 1965 when it deconcentrated administrative functions with the establishment of regional health departments.

The political and peace dialogues intended to end the decades of conflict in Myanmar seek to establish a federal state, as initially laid out in the Panglong Conference in 1947. Various studies in Myanmar and explicit statements by ethnic groups during ceasefire negotiations demonstrate strong support for federalism. In one study, support for federalism was near-unanimous for subjects of all Myanmar ethnic groups following open deliberation. Although many believe a federal system is still many years from realization, any coordinated decentralization of a health system would likely support equity, efficiency, and resilience for all Myanmar ethnicities and therefore promote peace and state-building efforts. Nepal’s experience with this system during its post-conflict federal state-building highlights its potential for success in Myanmar.

In Nepal, the comprehensive peace accord signed in 2006 led to a secular federal democratic republic declared in 2008, resulting in a long but successful deliberative process for a federal constitution. Article 35 of the 2015 federal constitution allows equal access to health care, with a special provision for marginalized communities. During this process, elements of human resource management improved, such as local ownership and staff retention. Areas with local-level community engagement in health facilities saw advancements in resource access and community accountability, along with equity through Dalit and women involvement in decision-making processes. As with any systemic transformation, challenges remain, including clarity on responsibilities and distribution, but the enhanced health outcomes for citizens have supported post-conflict stabilization and recovery in Nepal. This outcome required the commitment by the Nepali government to improve primary health care. Such decentralization made sense in the context of the geographic, linguistic and ethnic diversity of Nepal— similar to Myanmar.

Community and Conflict in Rakhine State

To focus on defeating the Arakan Army (AA), a Rakhine-based armed group with recently strengthened military capabilities, the Tatmadaw signed a temporary and unilateral ceasefire with other Ethnic Armed Organizations in 2019. Intensified violence during the AA campaign in early 2020 displaced tens of thousands of people and deteriorated an already fraught humanitarian situation, but by the end of 2020, the outbreak of COVID-19 in Rakhine State replaced the AA as Naypyidaw’s chief concern. Despite the resounding praise for Myanmar’s earlier COVID-19 response in 2020, cases surged in the second half of the year – with limited testing capacity, only a fraction of cases are likely to have been accounted for. The deterioration of the conflict with the AA and the health emergency gripping the government in late 2020 is traceable to local, national, and international failures to ensure the rights of the Rohingya in Rakhine State over the past decade and act on the grievances of the wider Rakhine population.

The dismantling of Rohingya communities, an accelerating trend over the past decade, devastated the capacity of local Rohingya leaders. This anguish was felt most intensely by younger generations that experienced both discrimination and the optimistic expectations of Aung San Suu Kyi’s democratic reforms. A similar disempowerment was felt by the Buddhist Rakhine population when the NLD appointed a party loyalist in 2015 rather than a local political leader. This is seen in other parts of Southeast Asia where the disruption of strong communities, magnified by governments less inclined toward negotiations, fractures the possibility for dialogue during conflicts. The failure of this approach is evident in the Philippines’s handling of militant groups in Marawi and also in southern Thailand, increasingly in Myanmar, where EAO leaders are losing faith in the NLD’s capacity to broker peace.

The origins of this conflict, and, to a similar extent, the Rakhine outbreak of COVID-19, extend back to the failures to integrate the Rohingya into Rakhine State and, although often overlooked, the government’s inability to engage meaningfully with local Buddhist populations in Rakhine State. Now hundreds of thousands of Rohingya live in dangerous conditions in refugee and internally displaced persons (IDP) camps which are often described as tinderboxes for COVID-19.

Community is key to containing COVID-19

Research conducted across the country in June 2020 by the Myanmar think tank Urbanize and supported by this author suggests that community cohesion and aspects of decentralization possibly strengthened community responses to COVID-19. Community cohesion, or the lack thereof, may explain why COVID-19 peaked in Rakhine State but did not soar, as expected when waves of migrant workers returned in May. Moreover, the study found that even in areas of deep distrust of the Tatmadaw, cooperation between the state, local nonprofit voluntary civil society organizations (CSOs), and EAOs occurred during the first six months of the COVID-19 response. Although tensions remained significant and often impeded meaningful activities, cooperation occurred between Nationwide Ceasefire Agreement (NCA) signatories and the Tatmadaw, facilitated through the National Reconciliation and Peace Centre in May 2020.

Despite increased cooperation, COVID-19 has also exposed the inequity inherent in Myanmar’s national health system, where rural populations and those living in ceasefire areas have limited access to the national health system. EAOs and CSOs fill the gap in those areas, further demonstrating the de facto nature of health system decentralization in parts of the country. Building proactive local infrastructure will support swifter responses from community groups at a lower cost for the government.

In Rakhine State and the rest of Myanmar, even before the current outbreak, violence clearly weakened the states’ preparedness for health emergencies. It is well documented that armed conflict destroys health systems by wrecking infrastructure, resources, and access to services. The impacts of a conflict-afflicted health system may even result in more indirect deaths and disability than the casualties from the conflict itself. There is a consistent association between epidemics and conflict: according to WHO, two-thirds of disease outbreaks occur in fragile or conflict-affected countries. With greater appreciation of health security after 2020, one can better recognize that weakness in one subnational area or country is a weakness for all. Myanmar must learn this lesson in order to build a positive peace and enable a recovery bolstered by a stabilized, responsive, and equitable health system.

Researchers argue that governance is the “mortar” that holds health systems together. Myanmar needs more of this mortar to strengthen a health system that can support stabilization and the wider peace process. Conflict in Myanmar impedes the advancement of an equitable and efficient health system, denying equal health services for all. Despite efforts by the NLD to advance universal health coverage, there is a long road ahead; truly equitable access will require peace and some form of decentralized governance. At the very least, COVID-19 should increase awareness that health system improvement must be a crucial part of such dialogues going forward.

[i] Recorded cases increased from 10 to 1,000 per day between August and October in Myanmar, up from 360 cases in the whole of the first half of the year. However, given the low capacity for testing, figures should be read with a very high degree of caution in Myanmar as testing is conducted unevenly and skewed by socio-economic, geographic and ethnic status.

Elliot Brennan is an Associated Research Fellow at the Institute for Security and Development Policy, Sweden. He has worked for almost a decade in various roles in Myanmar’s peace process including with the Joint Ceasefire Monitoring Committee and the Myanmar Peace Centre. He is the author of the IISS’ Armed Conflict Survey chapter on Myanmar 2019, 2020 and co-author of several books on peace, conflict, and health in Myanmar. This work is the subject of a Ph.D. on ‘bridging theory and practice of health governance in Myanmar’ at the Sydney School of Public Health, University of Sydney. He can be reached at elliot.brennan@sydney.edu.au. 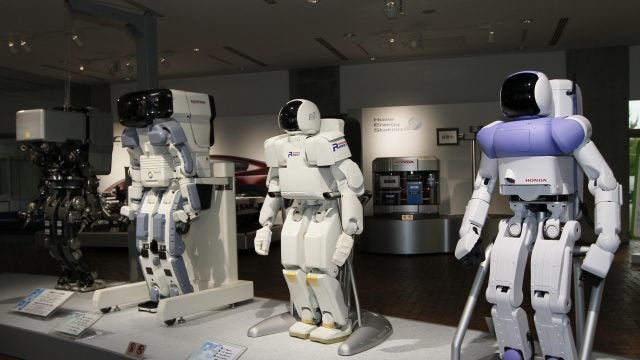 The below article is the second installment in a two-part series. The first installment can be found here. Artificial Intelligence can benefit humanity or it can be…