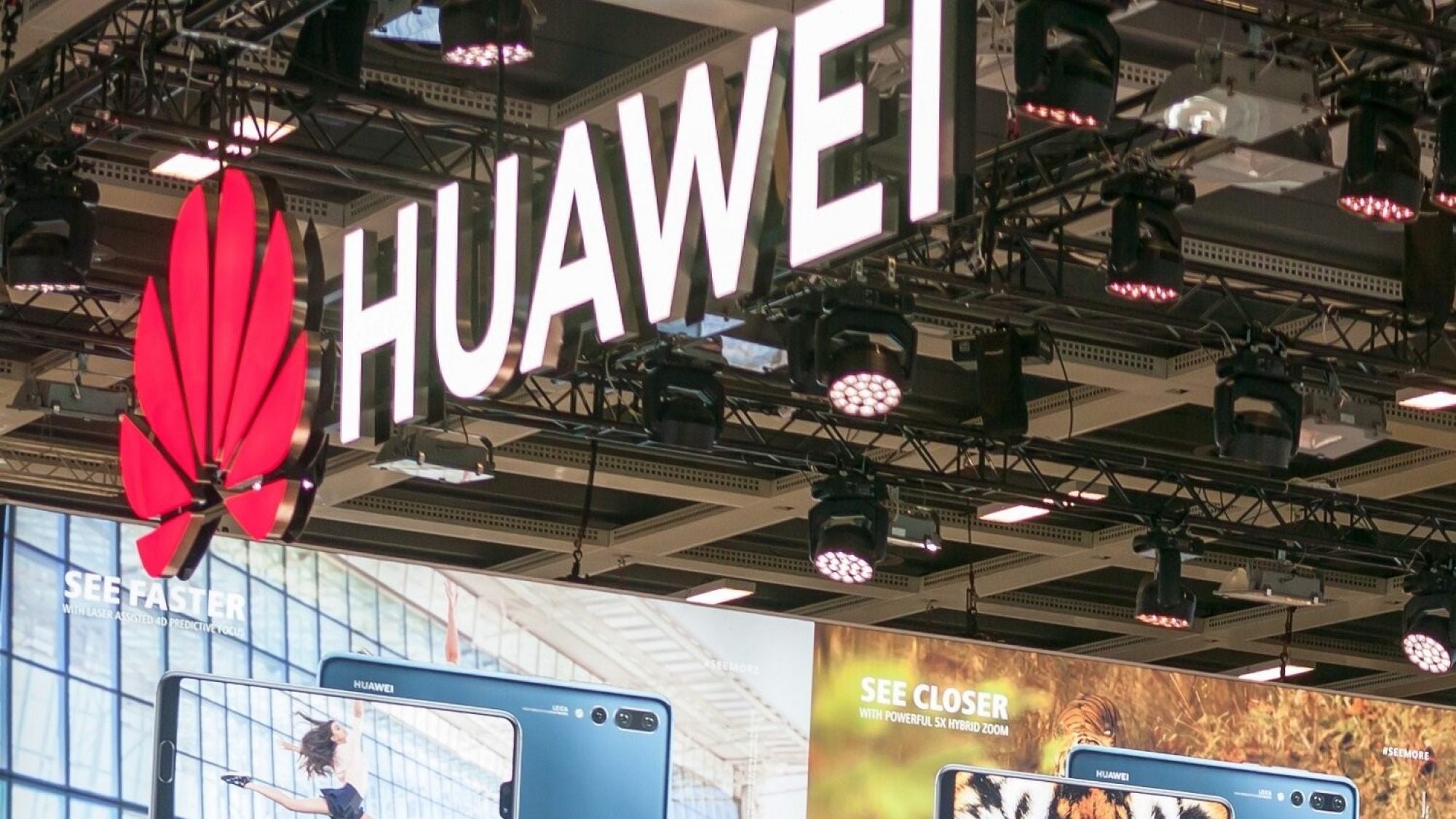 US sanctions are hampering the efforts of Chinese firms to dominate high-end technology sectors. Instead of aiming at localizing the semiconductor supply chain, China should develop its capacity in areas where it has an edge, such as the production of mature nodes and the development of advanced chip packaging technologies. In the long run, creating a more liberal environment for research and innovation will help nurture scientific talent critical to upgrading the domestic industry.

One of the themes that stand out in China’s 14th Five-year Plan for national economic and social development is the commitment to strengthening technological self-sufficiency. This is not the first time Chinese planners spelled out strategies to boost the country’s technological capacity; the Made in China 2025 plan, unveiled in 2015, entailed an array of industrial policies to facilitate the development of Chinese firms’ competencies in ten strategic industries. This time, in the wake of the trade war with the United States, and amid what President Xi Jinping described as profound changes unseen in a century, the latest development plan stresses technological independence in critical sectors, namely the semiconductor industry.

China currently supplies just thirty percent of its domestic chips, according to Chinese state media. Semiconductor imports increased to over $300 billion in 2019 and were the country’s largest import item. Though China’s semiconductor exports have increased over the years, Chinese companies are hampered by several technological bottlenecks in producing competitive, high-end semiconductors at home. Chinese tech companies, such as Huawei, lack the expertise and equipment to master the sophisticated process of fabricating advanced chips. They rely on advanced foundries such as Taiwan Semiconductor Manufacturing Company (TSMC), the world’s largest semiconductor contract manufacturer, to produce them. This process is different from companies such as Intel and Samsung, which develop and manufacture sophisticated chips in-house; the TSMC relies on equipment underpinned by US technology and a highly sophisticated scanner made by the Dutch to make sophisticated chips. Domestic companies are responsible for making less than ten percent of these machines currently used in China, limiting China’s current capability of producing chip-making equipment. Another bottleneck in China’s chip sector is the software used in chip design (known as electronic design automation, or EDA). This is an area dominated by US companies like Synopsis, Cadence, and Ansys. Again, US sanctions mean that Chinese chip developers can no longer obtain software updates and supply from US chip design tool makers.

To stay competitive in the global chip industry, China should adopt a more pragmatic approach to advance chip production. Instead of aiming at localizing the semiconductor supply chain, China should develop its capacity in areas where it has an edge, such as the production of mature nodes and development of advanced chip packaging technologies. In the long run, China should cultivate a more liberal environment to nurture scientific talent critical to the semiconductor industry.

China’s current strategy to localize the semiconductor supply chain is unrealistic, especially when it comes to advanced chip manufacturing. First, the production of advanced chips is both capital and knowledge intensive. Cutting-     edge chipmaking equipment and advanced foundries cost billions to build. One must possess the capability to mass-produce sophisticated chips to make these investments commercially viable. Projects featuring massive investments which are unmet with fundamental production capacity are prone to failure, as shown by several high-profile state-backed projects. For example, Tsinghua Unigroup, a government-backed chipmaker, defaulted on nearly $2.7 billion of debt in late 2020. According to an OECD report, between 2014 and 2018, the company received the largest amount of government support—over $10 billion—among twenty-one chip manufacturers globally. Another example is Wuhan Hongxin Semiconductor Manufacturing Co. The company originally purchased a cutting-     edge ASML scanner capable of 7-namometer chip production process and recruited engineers from TSMC to run its projects. Yet poor management and the inability to mass-manufacture competitive chips eventually left the expensive machine idle and halted chip production altogether. In a world where interdependency and specialization underlie much of the existing and emerging technologies, it makes sense for firms and economies to focus on their respective strengths to maximize competitiveness. For instance, Taiwan’s dominance in advanced semiconductors is a success story of collaboration with other suppliers and specialization in a segment of, rather than the entire, supply chain.

Second, even if Chinese firms double down on the country’s resources to accelerate chip fabrication technology now, it will take years before they can catch up with industry leaders. Advanced chip production has high entry barriers. While China is chasing, industry leaders are also advancing, making the race even tougher for the followers. This is made clear by the existing gap between TSMC’s and China’s foundries. Semiconductor Manufacturing International Corporation (SMIC), China’s largest foundry, has only recently acquired the 14-nanometer process technology to mass-produce semiconductors. In comparison, TSMC is now moving ahead to develop the 3-nanometer production process. By this measure, Chinese chipmakers are seven to ten years behind the global leader in chip fabrication technology.

A More Pragmatic Approach for China

China may succeed in closing the technology gap one day, but certainly not in the near future. Meanwhile, to increase its share in the critical industry, China should capitalize on its strengths in mass-producing older and more mature chips such as those fabricated with 14-nanometer and 28-nanometer technologies. These chips are of high demand and widely used in cars, central processing units, and mobile phones. The recent global chip shortage in the automotive industry, affecting production of global brands such as Ford and General Motors, indicate global dependence on the secured supply of these components. The equipment used in fabricating these chips is not as technically demanding as those required for 7-nanometer and 5-nanometer processes. China can reduce its reliance on foreign equipment in this respect.

Given the diverse nature of the semiconductor industry, Chinese tech companies can explore technological breakthroughs in other areas of the sector. For example, chip packaging technologies have developed as more sophisticated chips are produced. The idea is to maximize the number of integrated circuits in a package, while protecting them against damages. Innovation in chip packaging will improve chip performance and lower their costs, thus adding value to semiconductor makers.

Human capital underpins much of the technological progress in the semiconductor industry. Chinese policymakers should understand that money alone cannot create innovation and talent overnight. A shortage of domestic talent remains a critical bottleneck in China’s technological catch-up. Recently, the State Council and the Ministry of Education have elevated integrated circuit science and engineering to first-level discipline (equivalent to a major) in universities. This is a right step to nurture domestic talent for the chip industry, which faces a manpower shortage of around 200,000. But more needs to be done. Incentives are needed to retain the best students to further their research in the field. China needs more qualified Master and PhD students in basic science and research to achieve breakthroughs in high-end chip development. Firms and research institutes should strive for more competitive salaries for researchers. At the moment, they still significantly trail behind those of other popular disciplines, such as computer science, which offers opportunities in artificial intelligence and software development in the internet sector.

Equally significant is the presence of a more liberal environment that encourages researchers to innovate and make new discoveries. President Xi stressed the importance of Chinese scientists to be more innovative and patriotic. If research ideas are only driven by Party and national interests, Chinese scientists will lack the space to make breakthroughs driven by curiosity. A more liberal research environment would also facilitate the transfer of foreign knowledge and expertise. Hungry for talent, Chinese semiconductor firms have poached industry experts, particularly from the US and Taiwan, with competitive remuneration packages. However, a lot of these recruitments were short-lived. A constricted, state-directed research environment and poor management of government-funded projects have been cited as reasons that had frustrated many expatriates.

The global race for semiconductor dominance is likely to shape US-China relations in the years to come. Currently, the Biden Administration has largely continued the sanctions on Chinese tech companies initiated during the Trump Administration. Given China’s role as a large consumer  and producer of semiconductors, ongoing trade frictions will inevitably hurt American businesses. US chip designers and those providing the leading technology for chip manufacturing have suffered from the loss of revenue from Chinese clients. Meanwhile, reduced chip supply from China has affected the production of multinational corporations across sectors including automotive, entertainment, and computers. For the time being, US actions have successfully created obstacles to hamper Chinese advancements in certain areas of chip development. Yet since chip production is contingent upon integrated global supply chains, provoking chokepoints in some areas will inevitably incur ripple effects in others. It would be wise for the Biden Administration to re-examine its China policies before US interests, particularly those relying on a stable global supply of semiconductors, are seriously hurt.

Yvette To is a Postdoc at the Department of Asian and International Studies at City University of Hong Kong. Her doctoral research examined the drivers that shape technological developments in China’s internet, automotive, and pharmaceutical sectors. Yvette’s analysis on China’s 14th Five-year plan and technological ambitions was featured in East Asia Forum, CNN International, and The Straits Times. She is currently working on a book manuscript—China’s Technological Upgrading under Hyperglobalization. 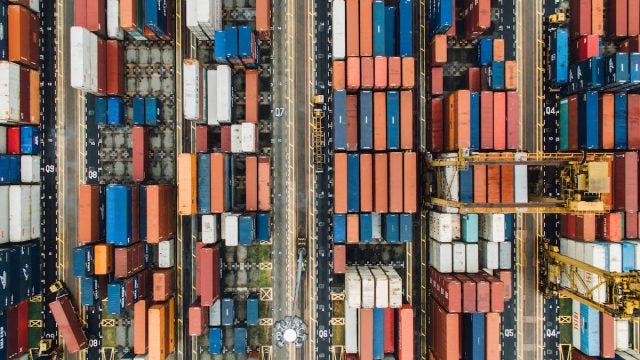 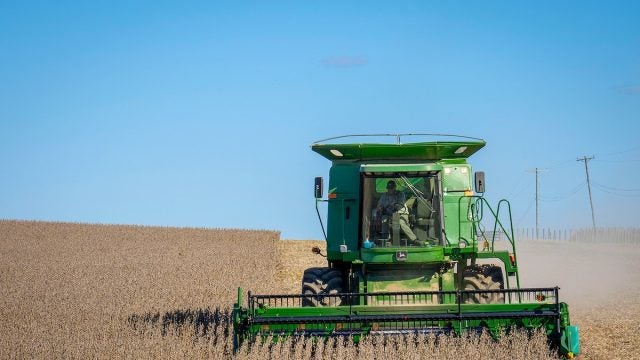