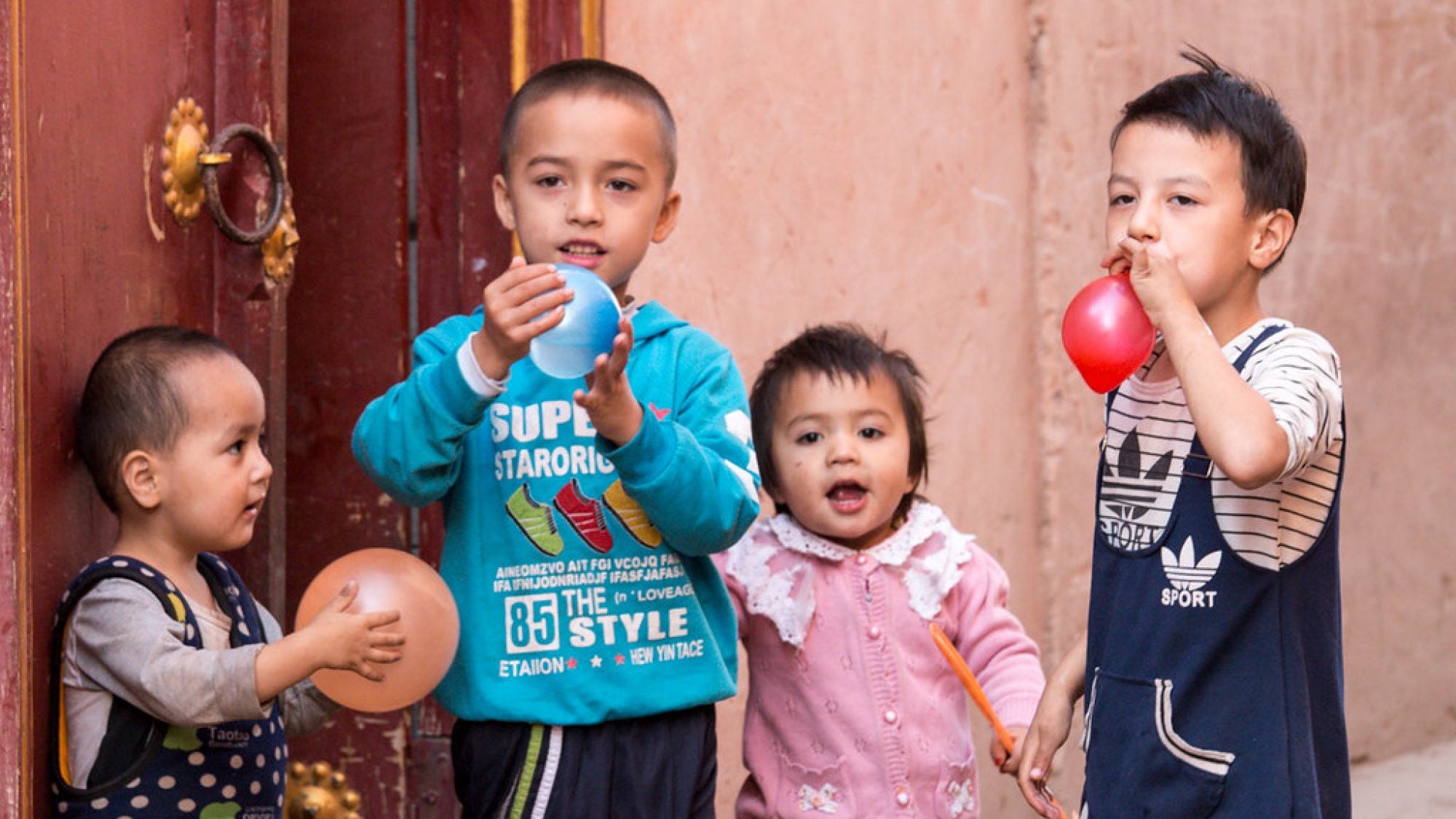 Title: The Uyghur Genocide through the Lens of the Child

The Chinese government is in clear violation of the Convention on the Rights of the Child (CRC), which it has ratified, and as such, the international community has an obligation to respond. The separation of families, and the placing of children in state-run orphanages, constitutes discrimination based on identity as it relates to the Uyghur people. This, in addition to international separations with no regular contact, puts children firmly in the midst of the ongoing genocide. Their treatment is a violation of both the technical aspects of the CRC as well as the spirit of the agreement.

Some members of the international community are growing increasingly aware of the human rights crisis in the homeland of the Uyghurs, a group of Turkic people indigenous to East Turkestan, which the Chinese Communist Party (CCP) refers to as the Xinjiang Uyghur Autonomous Region (XUAR). Millions of Uyghurs and other Turkic and/or majority-Muslim ethnic groups are detained in concentration camps on the basis of their ethnic and religious identity, and hundreds of thousands are confirmed victims of forced labor schemes throughout China. While the international community has taken some limited actions to combat these atrocities, the genocide is being inadequately addressed overall, including by some of the international bodies with the most responsibility to confront China’s actions, like the United Nations (UN). Several months ago, the United States labeled the crimes of the Chinese government as genocide and crimes against humanity. While much attention has been rightly given to this designation and its implications, it is worthwhile to evaluate this mass atrocity from several angles beyond the Convention on the Prevention and Punishment of the Crime of Genocide (Genocide Convention) and the Responsibility to Protect. While the CCP’s actions clearly violate the Genocide Convention, the Responsibility to Protect, and the Rome Statute, China’s abuses against the Uyghurs also violate the Convention on the Rights of the Child (CRC).

The Genocide Convention and the CRC are intimately linked. The forcible transfer of children of the victim group to another group can constitute an act of genocide. Likewise, the rights of parents, guardians, and the community to provide and care for their children are recognized under Article 5 of the CRC. Uyghur children whose parents are either in the camps or in prison are being forcibly separated from their families. Hundreds of thousands of Uyghur children have been forcibly moved to state-run orphanages where they are indoctrinated to renounce their ethnic and religious identities and praise the CCP.

Violations of the Convention on the Rights of the Child

The reasoning behind the CCP’s decision to establish state-run boarding schools is two-fold. Childcare facilities are necessary as parents and guardians have been extrajudicially detained in concentration camps and forced labor schemes. At least half a million Uyghur children reportedly reside in these boarding schools. These detentions based on ethnic identity violate the rights of the child. These state-run orphanages or “boarding schools” also serve to socially engineer a young generation of Uyghurs to be obedient and loyal to the CCP. For instance, this process takes place by teaching Uyghur children to thank “Grandfather Xi” and to verbally praise the CCP in speech and song, serving the larger purpose of “sinicization” which attempts to erase Muslim identities.

Article 2 of the Convention calls on parties “to ensure that the child is protected against all forms of discrimination or punishment on the basis of the status, activities, expressed opinions, or beliefs of the child’s parents, legal guardians, or family members.” Although China would claim that the forcible separation of Uyghur families is not a punishment, this type of separation raises significant concerns over harmful consequences to children’s development because forcibly separated children tend to face increased anxiety and emotional instability. This contributes to a legacy of generational trauma, leading to demographic destruction of future generations as well. The identity of the Uyghurs is being erased at an alarming pace among Uyghur youth.

China justifies these forced detentions and relocations of both Uyghur children and parents by declaring that religious belief is an “illness to be cured.” Since this punishment has been directly and openly linked to the beliefs of a child’s parents, this action is a clear violation of the CRC.

The CRC also states that parties “shall respect the responsibilities, rights, and duties of parents” and “shall ensure that a child shall not be separated from his or her parents against their will” except for when “such separation is necessary for the best interests of the child.” While the CCP asserts that the education which state-run orphanages provide to Uyghur children is vital for their development into “good” Chinese citizens, Uyghur parents are detained in concentration camps for reasons that have nothing to do with the best interests of the children. The broader context of the Uyghur genocide shines a light on the true purpose of separating parents from children—very difficult for the CCP’s claim that state-run facilities are for the benefit of Uyghur children. Article 9 also requires the preservation of regular contact with parents, which is a provision that Chinese authorities are evidently denying.

China’s policies stipulate that children should not be separated from their parents or guardians unless the guardians are unable to care for the child. This nominal policy conflicts with Human Rights Watch reports of “orphans” under the care of extended family being sent to institutions to fill a quota. Testimony from Uyghurs living abroad and from officials running these boarding schools point to terrible conditions, saying children are “locked up like farm animals in a shed.” The Chinese government has built at least eighteen orphanages in Kashgar, one of Xinjiang’s major cities, alone.

Outside of the orphanages, children who are in foreign countries while their parents are detained in China are stuck in limbo, unable to contact their parents in China—who, conversely, are unable to leave. For example, Seyil Eldos and his siblings are living in Kazakhstan, but both their parents have disappeared after separate trips back to East Turkestan. Seyil and his lawyer are both worried that China may begin a request for transfer to force Seyil and his siblings back home where they would be lost in the mass system of concentration camps and orphanages.

The use of orphanages as tools of social engineering of Uyghur children is also connected to a more widespread approach by China’s Ministry of Education, which has moved to restrict foreign influence in education. The systematic separation of children then is in violation of Article 9 of the CRC, barring separation from their parents against their will. The genocide also continues to violate Article 2, which protects the child against discrimination as a result of their parents’ beliefs. The placing of children in orphanages while their parents are taken to camps makes the child a casualty of the genocide, and of discrimination.

Article 13 and 14 provide for the right to freedom of expression, especially in regard to childhood education. The policies that dictate language, banning the teaching of Uyghur and instead attempting to forcibly assimilate the population under a singular language, violate this principle as well.

These violations will have a notable impact on the health and wellbeing of Uyghur children as they are prohibited from any expressions of cultural identity or from having ties to their families and communities, meaning they lack the ability to choose their future.

The Psychological Impact on Uyghur Children

If China continues to violate the right of Uyghurs to use their own languages, their avenue for freedom of expression will become even more restricted. Many children have been asked to report on the activities of family members and their religious activities at school, rendering them unintentional informants.

Videos have emerged from these orphanages, revealing that Uyghur students are speaking Mandarin where once Uyghur was the dominant language, and that some are even denouncing their parents as bad people. Some Uyghur refugees who were forcibly separated from their families in China have even identified their children via videos on social media. They have reported that their children are being taught to view them as “enemies” of China.

While these children perhaps remain unaware of the specifics of the suffering undergone by their adult family members, they are all too aware of the trauma they are experiencing by being ripped from their roots. Trauma caused by extremely stressful situations negatively impacts  health, quality of life, and lifespan. Even if they do not fully understand the nuances of the situation, these Uyghur children are aware of what is happening around and to them. Studies of the mass displacement of children as a result of war and natural disasters often reference an inability to deal with stress. According to the International Review of Psychiatry, this is largely due to the fact that children in these situations are unable to develop coping mechanisms, which is compounded by the lack of a family presence.

Evidence of the long-term effects of displacement on children is available across Canada and the United States. Both countries implemented “residential schools,” which forcibly separated indigenous children from their families. In these programs, children were punished for practicing their culture and speaking their language. Reports of physical, psychological, sexual abuse, and murder are numerous. The nominal purpose of these schools was to educate poorer Indigenous children, but the motto “kill the Indian, save the man” indicates that the true purpose was to forcibly assimilate these children and destroy their culture. Uyghur children are now facing a similar situation—and, unfortunately, the deep, lasting impact will likely be similar, too.

At present, many countries and corporations are undeterred by concentration camps and the use of slavery in China. Corporations should consider the assault on the rights of Uyghur children the final straw that finally pushes them to side with humanity. If China is not held accountable for breaching the CRC, the precedent of violating this treaty with impunity will be cemented internationally. Recognizing that no Uyghurs—even children—are safe from China’s genocidal policies is necessary in order to grasp the severity of the situation in East Turkestan.

Current tactics such as sanctions, tariffs, and Withhold Release Orders to place pressure on the Chinese government are essential. In addition, global civil society engagement on these issues remains just as vital. Acknowledgement of a moral bottom line means that isolationist pragmatism regarding engagement with China should be discarded. The Biden administration must abandon any naive desire to avoid angering a genocidal regime. China’s failure to uphold its commitments to the CRC mean that these atrocities should feature centrally in any dialogue between the United States and China going forward. Thus far, although 140 countries are signatories to the CRC, the international community has failed to act to protect Uyghur children, despite its responsibility to do so.

Rushan Abbas is the Founder and Executive Director of Campaign For Uyghurs, a Washington D.C.-based advocacy organization. She frequently briefs lawmakers and government officials on the human rights situation for Uyghurs, and the Chinese Communist Party’s genocidal crimes. She regularly appears on media outlets to advocate for the Uyghur cause, and gives speeches and lectures for diverse audiences, including Holocaust museums, universities, thinktanks, U.S. embassies, interfaith groups, grassroots organizations, and more. 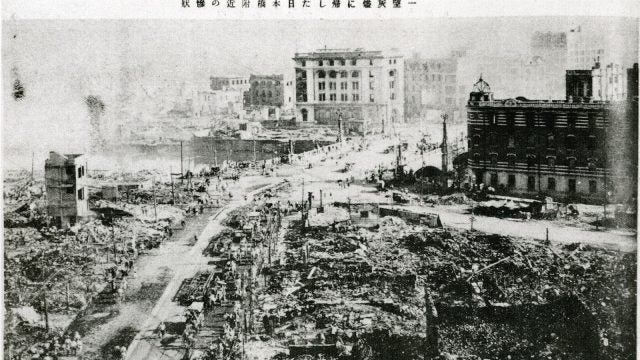 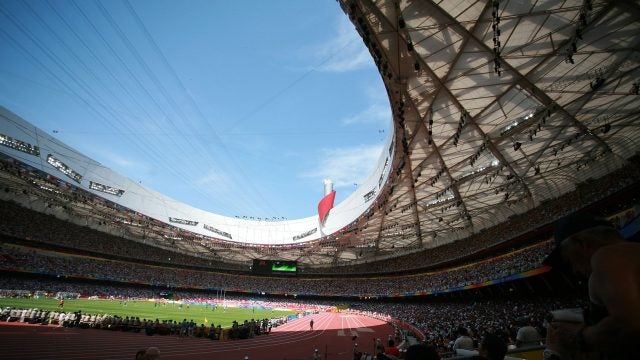 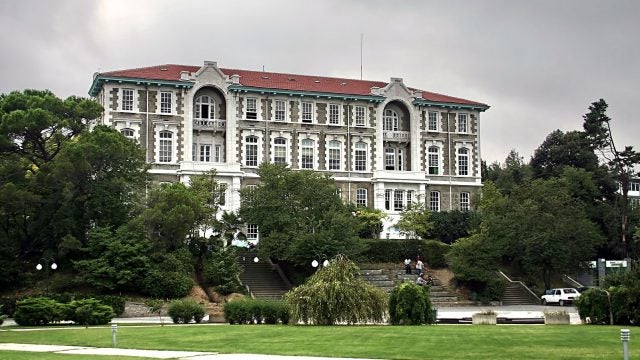