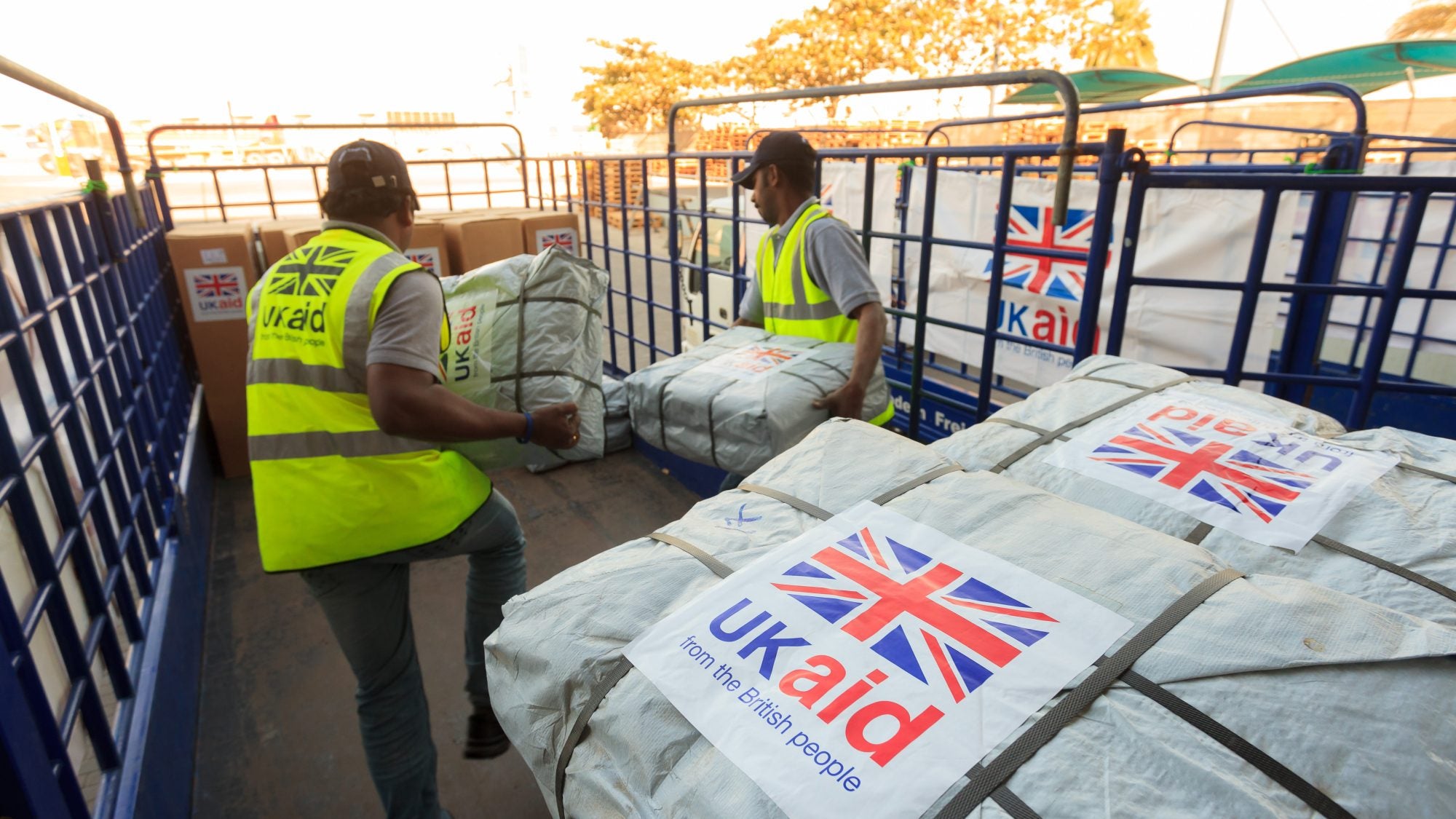 Title: Foreign Aid From a New Perspective: A Conversation with Dr. S.S. Regilme

GJIA: One of the book’s major points is that foreign aid politics stems from a logic of domination and moral superiority. It seems that conflict between superpowers fuels this, because these nations partly assert themselves through dominion and moral impositions. Is great power competition conducive to a world order that is characterized by nonviolence, justice, care-based economies and universal humanity?

Dr. Regilme: The domination aspect is just a small part of the story. In the book, Aid Imperium, I show that since the Cold War, for the United States, there’s a mix of different types of discourses that justify how and why foreign aid is being given to recipient countries. This could be a mix of democracy promotion, human rights promotion, good governance, or economic development—and that was at least in the 1990s. But in the context of the low end of the pole, during the War on Terror period, it was really more about counterterrorism and a militaristic agenda. Domination, to that extent, is part of the story because there is obviously an asymmetry of power between the recipient and donor countries. And there are certain factions within the U.S. federal government that believe that it’s not only about moral domination, but also perhaps a genuine motive to assess certain countries for supposedly noble goals such as democracy and human rights. But at a higher level of abstraction, you’re indeed right. Indeed, the reason why foreign aid is a heavily entrenched norm is because there is a dramatic asymmetry between Global North and Global South countries, and foreign aid becomes a conduit of how interests of elites from donor and recipient states can be enforced or can be promoted in the Global South.

The book uses the War on Terror as an example of a policy that led to conditional recipient nation aid requests, particularly in the example of Thailand under Thaksin. Are there any such political issues that you foresee becoming as impactful in the way recipients condition their requests for foreign aid? And how might this contribute to the trajectory towards a post-imperium world?

Towards the conclusion I mention the idea of rethinking a world order that is not based on extreme material inequality and identity-based stratification. That post-imperium world order is open for discussion, but I think there are two key requirements that we have to take into account: first, the idea of dramatic material inequality between nations. This material inequality is also shown by how we actually view other groups of people, or how certain groups of people are being deemed inferior and, in many cases, dehumanized. These kinds of stratifications, both material or ideational, and identity-based, are actually the key ingredients for violence. They are the key reasons for violence not only in the level of world politics in general, but also within nations, within both the Global North countries and the Global South countries. I think the post-imperium world order looks into these extreme inequalities, specifically material inequalities, as well as how we can resolve them. And in that way, foreign aid does not become a conduit primarily of reinforcing stratification and world hierarchy, but as a conduit of altruism, shared humanity, and empathy.

Weak domestic legitimacy is often brought up as something that contributes to human rights abuses. To what degree does the act of requesting foreign aid contribute to legitimacy? Does it make a recipient country more or less legitimate domestically? And does this change, depending on the donor?

There’s perhaps some misconception among Americans that U.S. government officials or U.S. diplomats are roaming around different parts of the world, giving out money. That’s not how it works. In Washington, D.C., you can see different lobbying firms. Different high-level officials from Global South countries and other countries hire lobbying firms to make the case that they actually need foreign aid. And they make that case by ensuring that their interests partially converge with some of the emerging interests of the U.S. government. Now, why are they doing that? They’re doing that because the executive branch or the ruling government in these countries want to consolidate their power. They want to consolidate their power and promote their domestic legitimacy in their home countries among America’s domestic public. If they have weak domestic legitimacy with very weak chances of political survival, the propensity for these recipient countries is to use that aid not only to repress or to implement state violence against armed rebels, but also against civilian members of the political opposition. We’ve seen this in the case of the post-9/11 world order, in Thailand and in the Philippines. But in cases where there is strong domestic legitimacy, they use foreign aid for a wide range of purposes, militaristic and non-militaristic purposes. And when they do use it for militaristic purposes, such as military aid, it’s not being used blatantly and extensively for repressing political opposition, because there’s no need for it.

Thailand and the Philippines are mutual defense treaty allies of the U.S., and the only military allies of the U.S. in Southeast Asia. They have been traditionally dependent on us for support, except in the last few years, where the support is mostly coming from China for several reasons. But you can see there that foreign aid only has an amplifying effect. So the recipient governments also use their own domestic resources together with foreign aid; foreign aid is just part of the story, but it’s also a question of how domestic resources are being used.

Looking more into the colonial legacies and histories in the examples you use, Thailand is the only country to not have been colonized in Southeast Asia. Meanwhile, the United States colonized the Philippines from the late 18th century until 1946. How do these vastly different legacies affect the variables in your theory and U.S. foreign aid to Thailand and the Philippines?

It’s true that Thailand was never formally colonized by any Western country. Both countries share a large set of similarities: they are located in the same region, both of them are middle income, and they have the same set of geostrategic challenges. The United States also plays a big role in Thailand and the Philippines. That is crucial for the comparison, because we can really see how the independent variables, or what we call explanatory factors of foreign aid, plus their converging interests, amplify the level of state repression in those countries. Colonialism plays a big role, but part of the story is that the elites in these recipient countries also instrumentalized foreign aid for their own purposes.

During the pandemic, we have seen that vaccines can be considered a form of aid. And in fact, the United States has done that in the last two years. In the case of the Biden administration, it has given millions of vaccines to the Philippines and many other Global South countries, despite the fact that the current administration in the Philippines is totally anti-democratic. The United States doesn’t give this aid out of pure altruism. There are ulterior foreign policy objectives that the Biden administration probably wants to achieve in the Philippines, a mix of altruistic and perhaps blatantly geostrategic objectives. Because the most effective vaccines were discovered and produced in the Global North, you can see that the Biden administration took this opportunity to actually build and reinforce its strategic interests with those countries that were somehow left behind because of the previous administration. Many other countries in the Global South cannot rely on Chinese vaccine diplomacy because of the lack of data about the effectiveness of these vaccines. One big question, however, is that the U.S. and European countries only wanted to give vaccines in batches, but they don’t want to actually make the license, or the intellectual property for these vaccines, open-access or free. The Biden administration made some initiatives toward that, but eventually it was hindered by European leaders, primarily Germany. Here, you can see that this sort of altruism can actually be read or interpreted through the lens of geostrategic interests and capitalist interests.

Did anything come up in our discussion that you think is important or that we didn’t mention?

There’s a lot of books about foreign aid. It’s a big topic. But I think most of the books about foreign aid were written from the perspective of the Global North. Most of these scholars are based in the United States or in Europe, and they’re written with the assumption that recipient countries do not have the political agency to use that aid for their own purposes, whether those purposes might be sinister, or whether those purposes might be good for their own people. And I think that is a story that Aid Imperium would like to emphasize. The story about foreign aid is not only about those in the corridors of power in Washington, D.C., but it’s also important that we look at the interests of those in the Global South and how the effects of foreign aid are mediated through those interests in recipient countries.

Dr. S.S. Regilme is a Permanent University Lecturer at Leiden University in the Netherlands. His works focus on international human rights, foreign aid, and United States policy in Global South countries. He received a Master of Arts degree from the University of Osnabrück and a PhD from the Free University of Berlin in Germany, before studying political science and international relations at Yale University on a Fox Fellowship.