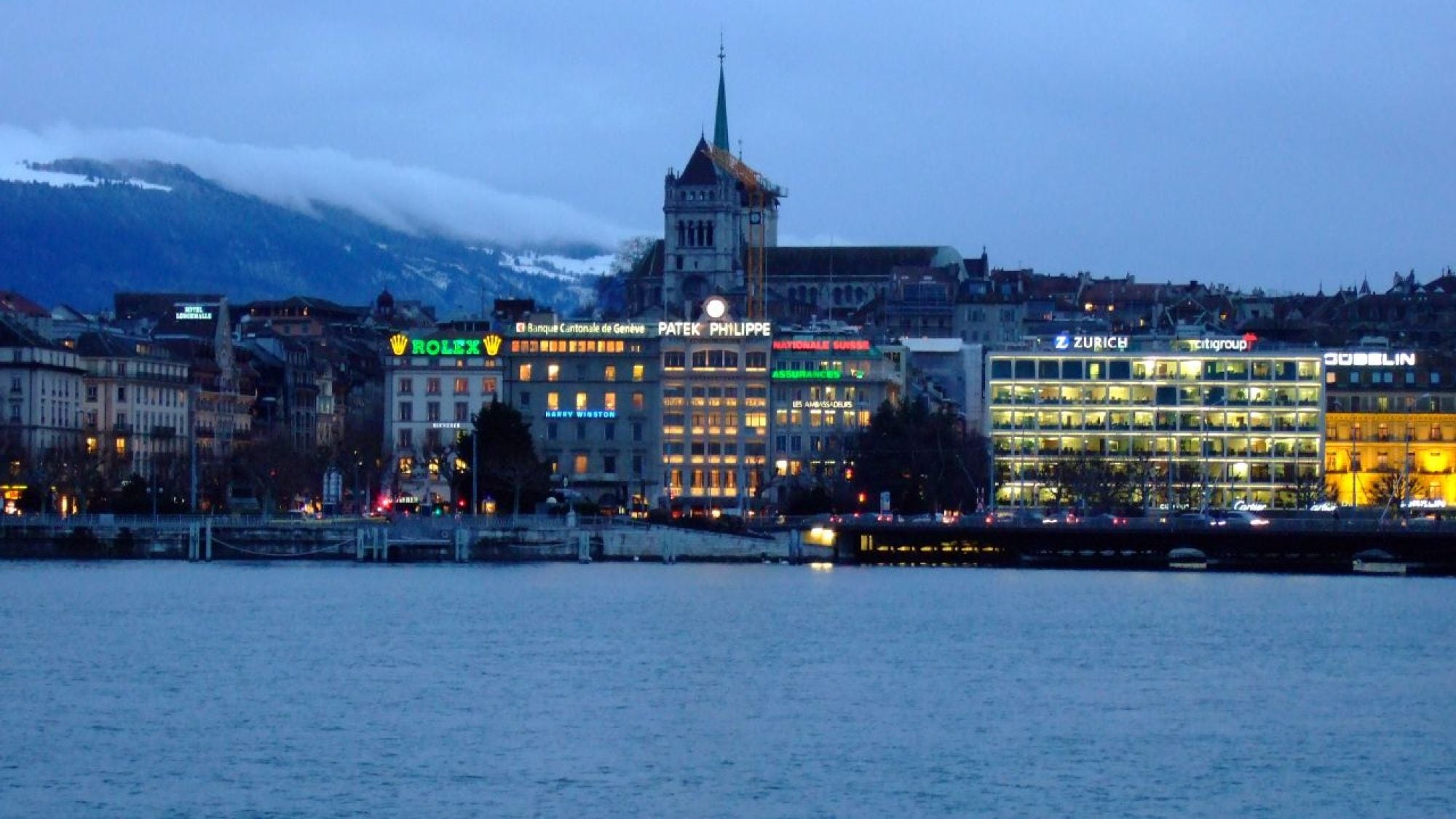 Title: Sanctions and Freeports: Where to Look for Russia’s Hidden Wealth

Offshore financial centers allow the wealthy to hide their assets from regulatory scrutiny, and Russian oligarchs use this system to avoid taxes and sanctions. Freeports, an offshore storage option for hard assets, have not been discussed as part of the sanctions regime as of yet. This article proposes using existing rules to make public all assets held in freeports by sanctioned individuals.

In response to Russia’s unprovoked war on Ukraine, Europe and the United States have been determined to punish perpetrators with economic sanctions—but finding the resources owned by Russia’s most powerful actors has not been easy. The reason is clear: the “offshore” domain hides in plain sight. Tax evasion may be illegal, but tax avoidance has become a norm among the wealthy, no matter what nation they claim as home. Throughout the twentieth century, a Swiss bank account was known as a place to put wealth where it would be secure and remain hidden from regulators, but secrecy jurisdictions like Switzerland’s now number around sixty. Like other wealthy individuals, Russian oligarchs employ secrecy jurisdictions to protect their assets from unwanted attention. Leaks and investigative journalism, such as those of the Panama Papers and the more recent Pandora Papers by the International Consortium of Investigate Journalists (ICIJ), have exposed the inner workings of a number of operators in this domain of trusts and shell corporations where no one seems to own anything, and the same group of lawyers sit on countless boards as executive officers. Economist Gabriel Zucman has estimated that 8 percent of global wealth sits offshore, but other estimates suggest that the number could be considerably higher. It is difficult to tell how much wealth there is in the world when much of it is protected from regulatory agencies in secrecy jurisdictions.

Due to the fact that so much of the riches of Russian oligarchs reside in offshore locations, it is just as difficult to sanction as it would be to tax this wealth. As a recent New York Times article about former governor of Chukotka Roman Abramovich noted: “Like the assets of many other Russian oligarchs, his wealth is a complicated mystery marked by shell companies and quiet investments throughout the West.” The United States can freeze the capital assets of the Russian Central Bank held outside of Russia—but not the wealth of Vladimir Putin himself or his closest associates, because it is distributed via an offshore network through complex financial instruments in multiple jurisdictions, known as layering, that make identification of the Ultimate Beneficial Owner (UBO) unlikely, if not impossible. A series of anti-money laundering directives have done little to change the dynamics of offshore secrecy: despite putting more pressure on banks and financial service firms, hedge funds and private equity investments are exempt from these rules.

While this situation means liquid assets can easily be transferred across borders undetected, hard assets can also be sequestered in their own offshore networks of tax-free storage facilities called freeports. Though oligarchs have most of their money in liquid assets, some also hold wealth in their art collections. The recent case of Dmitry Rybolovlev, who sued his former art dealer Yves Bouvier, exposed a hidden network of high-value art transactions outside of public view. The Russian oligarch brought charges for fraud, mismanagement, breach of trust, and money laundering, because Bouvier sold him works of art valued at more than $100 million with large markups. Bouvier was eventually cleared, but Rybolovlev is not the only known art collector among those in Putin’s inner circle. Ambramovich’s former wife, Dasha Zukova, is a well-known art collector who started the Garage Museum, a major museum of contemporary art in Moscow. There are a number of oligarchs who possess hard assets, including fine art, and some of those are likely stored in freeports in various locations around the world. While freeports have so far escaped scrutiny in the media coverage of sanctions, it is worth casting an eye on this domain, the challenges it poses for imposing sanctions, and the possibilities that exist for authorities to explore the hard assets that reside in freeports.

What is a freeport? It is a longstanding mechanism for merchants to avoid taxes on goods until they are sold on the market. A freeport is extra-territorial in that it lies outside of any nation in terms of customs regulations and allows users to store assets for a fixed period of time until they are sold and taxes can be paid. Scholars have traced this idea as far back as Ancient Greece, but in the twenty-first century, freeports have come to serve as warehouses to store high-value assets tax-free. The reinvention of the freeport as a tax-free home for luxury commodities coincides with increasing wealth disparities around the globe. The recent growth of the freeport sector suggests that this kind of activity has increased considerably in recent years. While there is no reason to believe that those who hold hard assets and fine art in freeports are benefiting from ill-gotten gains, it is a great place to hide assets regardless of motivation—and Russian oligarchs have plenty, including the possibility of avoiding sanctions.

The main goal of employing freeports to store assets is tax avoidance, because they shield the stored goods from regulatory authorities. These warehouses are zones that are not subject to normal regulations, like special economic zones around the world or foreign-trade zones in the United States. It is not possible to sanction freeport wealth because no regulators know who owns it. In 2020, Anti-Money Laundering Directive 5 (AMLD5) went into effect in Europe and the United Kingdom. One of its provisions seeks to prevent money laundering in the art market by requiring auction houses and warehouses to provide the identity of the UBO of any object being transacted or stored with a value of greater than one hundred thousand euros. But these rules apply only to the freeport in Luxembourg, leaving out the largest of them all in Geneva and the competitors in Singapore, Beijing, or even Delaware (the U.S. Treasury considered creating such regulations and did impose them for the antiquities trade, but not for fine art purchases).

Switzerland has felt obligated to monitor freeports to a certain degree. In two different discoveries in 1995 and 2003, groups of looted antiquities turned up in the Geneva freeport and, as a result, a new law came into effect in 2009 that required freeport operators to keep a list of stored objects that can be made available to Swiss customs officials. In 2016, another set of regulations fixed the period of freeport storage at six months (though it can be extended, and this did not apply to anything already stored there) and required each object listed on the freeport inventory to be connected to a UBO. Such laws were passed by the Swiss Parliament to demonstrate commitment to fighting money-laundering and terrorist financing, but they have not been used to pursue the assets of sanctioned individuals. There is no reason why they could not be.

Art works are not just any kind of asset. As Hitler conquered Europe in his quest for a thousand-year Reich, he gathered paintings from private collections, galleries, and museums to bring back to Germany. Like Napoleon before him, Hitler wanted Europe’s cultural heritage at his feet as a demonstration of his power. Vladimir Putin is thought to own nothing of value as his properties, yachts, and even some of his Rolexes belong to the Russian Federation. He is widely believed to be hiding his personal wealth in the offshore bank accounts of longstanding and trusted friends. This is one reason why sanctions have targeted his closest associates’ assets. But what about the paintings? It is not unreasonable to think that there might be some tucked away in a freeport. If Rybolovlev was buying art from Bouvier, a major investor in freeports worldwide, it is safe to assume that he was storing some of his art in freeports as well. One of the biggest challenges of sanctions is to make them “hurt” Russia in an effort to change its behavior. Given the fact that Europe has spent some 39 billion euros on Russian energy since the invasion, the country has avoided the worst economic consequences so far, but the offshore system prevents many of the assets of Russia’s elites from being seized, and freeports are playing their part in hiding perhaps the most precious of them all.

The Swiss Customs authorities have the power to review the inventories of freeports and identify the owners of the objects stored there. Now is the time to use this authority, and other freeports under AMLD5 should join them. As Nicholas Mulder has pointed out, sanctions are an economic weapon, one intended to punish countries who flout the international order and the rule of law. The offshore domain is designed to avoid regulatory scrutiny, so it will prevent sanctions from hurting the perpetrators of war crimes in Ukraine. While the principles of confidentiality and private property have guided the art industry as long as there has been one, there are other principles that seem more pressing in the current context. It is time to find out which individuals targeted by the current sanctions are storing invaluable cultural heritage in freeports. 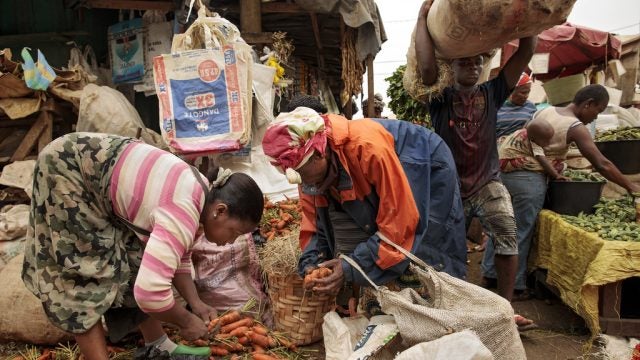