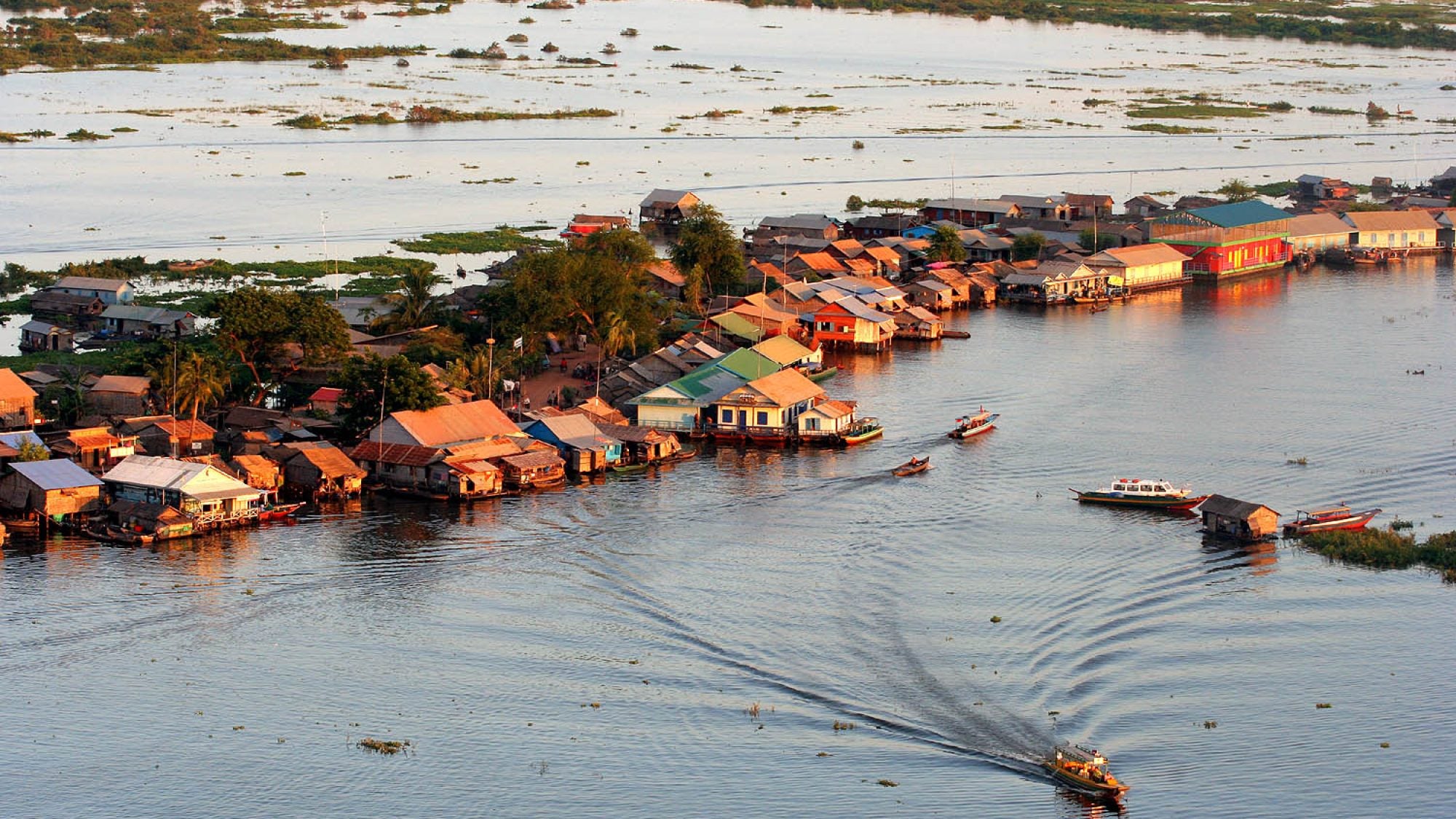 Title: The Perpetual Foreigner: Statelessness among the Vietnamese Minority in Cambodia

Statelessness affects millions of people around the globe. The experiences of stateless Vietnamese minority populations in Cambodia suggest that much broader, deeper, and context-specific responses are needed to tackle the underlying reasons of historical and social exclusion.

We live in a world of states. The legal bond that people have with states is called nationality or citizenship. Most of us get it by birth, either transmitted from our parents or by virtue of being born on a state’s territory. Yet, millions of people worldwide are not recognized as nationals by any state. They are stateless. States continue to reserve ever more rights and privileges, even basic human rights, for their nationals. Those without the ability to prove any nationality face daily obstacles, including a lack of access to a range of social, political, and economic rights.

The UNHCR reports that at least 4.2 million people are stateless. This is likely a significant underestimate, with the Institute on Statelessness and Inclusion arguing that even 15 million is a conservative estimate. Most of these persons live in Asia. In addition, the World Bank estimates that around 1 billion people do not have any official government-issued proof of their legal identity, and most of those live in the Global South. While not all of them are stateless, many people lack the ability to prove who they are or where they belong.

This is a growing problem. The availability of new digital and biometric technologies has propelled a growth in state-sponsored identification systems, often coupled with rules that make proof of identity or legal status mandatory for accessing services and opportunities. Most people today need some state-issued credentials for important aspects of their lives, be it for opening a bank account, using mobile phones, graduating from school, or accessing health services. While these requirements are meant to make governance more efficient, they exclude those who lack such status and credentials, further compounding already existing forms of legal and social exclusion that often affect those most marginalized in society, including minorities, mobile or indigenous peoples, refugees, and migrant workers.

International efforts and misconceptions of statelessness

The international community is slowly recognizing the problem. In 2014, the UNHCR launched a campaign with the aim of eradicating statelessness, and in 2015, UN member states adopted the Sustainable Development Goals (SDGs), which, under SDG 16.9, aim to “provide legal identity for all” by 2030. This renewed attention has triggered investments in areas ranging from birth registration and law reforms to digital identification systems. Underpinning these efforts is the belief that improved institutional and human capacities and new technologies will solve the statelessness problem.

Yet, such beliefs fail to fully appreciate the complex political economies surrounding statelessness. In many instances, statelessness is produced by state bureaucracies through discriminatory laws and practices. Such state-sponsored exclusion is often directed against populations that are not considered to be part of the polity. It is no coincidence that 75 percent of the known stateless belong to minority groups. A UN Special Rapporteur has, therefore, identified statelessness to be a “minority issue.” Conflicts have put some of these populations onto the radar of media or aid organizations, such as the Rohingya of Myanmar or Syria’s Kurds, while others linger at the periphery of international and national attention. One such example is Cambodia’s Vietnamese minority.

The Vietnamese are one of Cambodia’s largest minority groups. Many live on floating villages on the Tonle Sap river and lake, which feature among Cambodia’s tourist attractions. While some Vietnamese have Cambodian identification documents and have integrated into society, many others live at the margins and face difficulties substantiating their nationality status. Despite their long generational ties to the country, many individuals hold neither Cambodian nor Vietnamese nationality. They are stateless or at risk of statelessness.

This is not an oversight by the state. The situation is rooted in widespread prejudices and negative attitudes among the Khmer majority population towards this minority. Anti-Vietnamese sentiments are closely interrelated with colonial policies and Cambodia’s contentious historical relationship with its neighbor Vietnam that are projected onto Cambodia’s own Vietnamese minority. These tensions come to the fore during election times or in localized instances of communal violence. As a result of the sensitive nature of the subject, local sentiments, or simply a lack of knowledge, most government offices, development partners, and even most local human rights NGOs are either unaware of or ignore the predicaments of this group.

The attitude of the Vietnamese government is hard to read. Keen to preserve their influence in the country and aware of the sensitivities surrounding this minority, Vietnamese officials have trod carefully, relying on their close government-to-government ties. Requests to naturalize long-term Vietnamese residents have been rebuked by the Cambodian government. Humanitarian and other support is occasionally provided through a network of so-called Vietnamese associations, which play a peculiar role as intermediaries between the Cambodian and Vietnamese governments, on the one side, and Cambodia’s Vietnamese communities on the other.

Considering a history of past persecutions, most Vietnamese refrain from public engagement out of fear for their safety. In 2018, the Khmer Rouge Tribunal recognized crimes committed against the Vietnamese during the 1970s as genocide. A few courageous Vietnamese survivors participated in the tribunal’s proceedings and requested that their exclusion from Cambodia’s citizenry be addressed. However, the judges were unable to do more than provide symbolic recognition, without infringing on the responsibilities of the Cambodian state.

Many Vietnamese communities have no effective access to birth registration, making it difficult for children to substantiate their legal status later in life. Cambodian law allows children of non-citizens living legally in the country to be issued a birth certificate, but local officials seem to conflate this with conferring citizenship. Many children are unable to attend public schools due to a lack of birth certificates, which schools require for enrollment. Instead, numerous Vietnamese children visit informal or private schools, but they struggle to transition into public schools for a secondary school degree without a birth certificate.

Cambodian authorities have turned to tighter surveillance of these communities. In 2014, the authorities began implementing a foreigner census, which focused mainly on Vietnamese populations. It is estimated that more than ten thousand people were deported to Vietnam, mostly recent immigrants. Those who remained had to apply for new permanent resident cards. Almost 90,000 Vietnamese were found eligible to apply. However, the rights and entitlements under these cards remain unclear, which suggests that authorities regard them more as a surveillance tool, rather than a means of promoting development and inclusion.

This process was accompanied by confiscation of all prior documentation that authorities deemed to be “irregular,” in some cases even Cambodian ID cards—effectively revoking citizenship from many individuals. A ministerial official summarized: “We don’t remove their citizenship, they are Vietnamese. We just take the Cambodian documents.” To underline this point, the new residence cards identify their holders as “immigrant aliens” having “Vietnamese nationality.” The assumption seems to be that people of Vietnamese origin or with Vietnamese names are “immigrants,” irrespective of any legal entitlements they may hold under Cambodian law. In fact, many Vietnamese long-term residents or their children may be entitled to Cambodian nationality, but struggle to provide the required documentary proof.

Precariousness in nationality status has also resulted in insecurity of land tenure, as land ownership is reserved to Cambodian nationals under the law. Around the Tonle Sap Lake, authorities are relocating floating villages onto the land, citing environmental and other regulatory reasons. Kampong Chhnang province alone relocated more than ten thousand people, affecting Vietnamese and other communities alike. However, the conditions at the relocation sites differ markedly between the groups. A UN Special Rapporteur visited some of these sites and expressed concern about the housing and sanitation conditions for Vietnamese families. In mid-2021, Phnom Penh authorities similarly ordered with little notice the removal of floating houses on rivers surrounding the capital, affecting some 1,300 mostly Vietnamese households. Apart from affecting the livelihood of traditional fishing communities, the relocations have led to fragile living arrangements of relocated Vietnamese residents, as they have no right to own the land.

The forced relocations have increased feelings of insecurity among these communities. Decreasing fishstock in the Tonle Sap is only adding to the problems. Many community members wonder whether they still have a future in the country they call their home. Some have decided to leave for Vietnam in search of better living conditions, but those without family connections or other ties to Vietnam may struggle to gain a secure legal status in that country.

Tackling the root causes of social and legal exclusion

When issuing the permanent residence cards, Cambodian authorities promised the Vietnamese a pathway to Cambodian citizenship after seven years. We are now approaching this mark, but the procedures for naturalization remain unclear or inaccessible. Ultimately, the government will have to demonstrate that it is serious about inclusion and the equal application of Cambodian law, or choose to perpetuate the current situation, leaving affected populations stateless. Moreover, access to citizenship will unlikely be a cure on its own, unless broader issues of discrimination and inequality are addressed.

The case of the Vietnamese in Cambodia demonstrates the need to address historical exclusion from citizenship with much broader, deeper, and context-specific strategies than currently envisaged at international levels. This will require galvanizing more domestic action in furtherance of local solutions. Responses need to consider the root causes of social exclusion and tackle the politics behind these processes, including raising awareness and learning from creative community-level solutions to some of these issues. This will not only involve careful engagement with states’ concerns with respect to the inclusion of particular groups, but also building wider country-level coalitions of actors and listening to the voices of stateless people themselves.

Christoph Sperfeldt is Senior Lecturer at Macquarie University, Honorary Fellow at the Peter McMullin Centre on Statelessness, and a Fellow at the Center for Human Rights and International Justice at Stanford University.