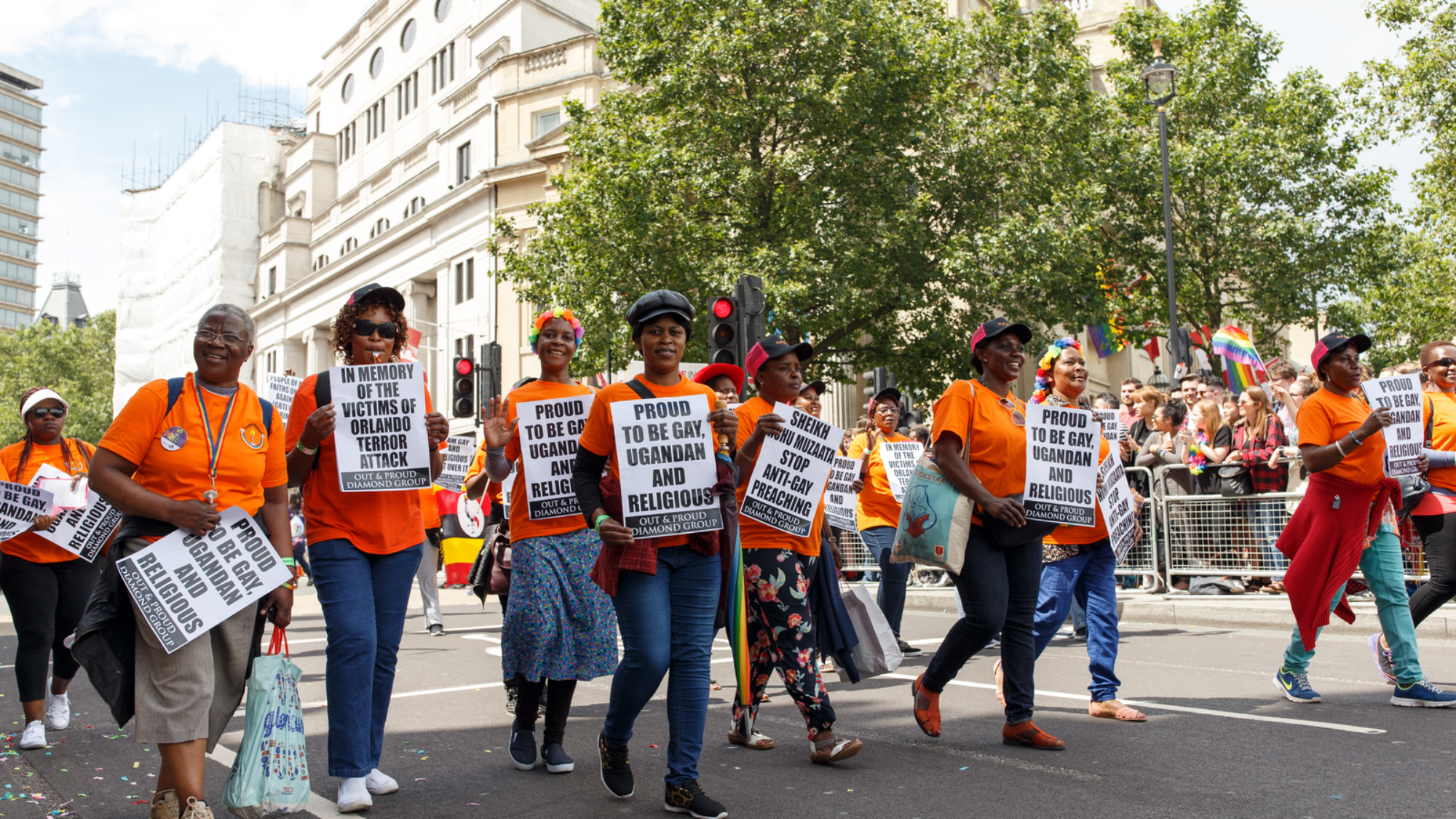 Title: Are LGBTQ Human Rights in Uganda a Lost Cause?

On October 4, 2019, Ugandan LGBTQ human rights activist Brian Wasswa was found fatally wounded and lying in a pool of his own blood, representing the latest casualty in the cultural war against homosexuality in Uganda.

Uganda was not always the extremely homophobic country it has transformed into. It first gained international notoriety in 2009 when David Bahati, a member of the Ugandan parliament whose views were heavily influenced by American evangelicals, introduced the now infamous “Kill the Gays” bill. Under the guise of “protecting the traditional family,” the bill advocated for the death penalty for “aggravated homosexuality” and the imprisonment of anyone “promoting” or failing to report homosexuality. Supporters of the bill equated homosexuality with pedophilia, insinuating that gay adults groomed vulnerable children into homosexuality. Although the death penalty was dropped from the 2009 version, the bill was still signed into law in 2014 as the Anti-Homosexuality Act. Six months later, and after widespread international pressure, the Ugandan Constitutional Court ruled the Anti-Homosexuality Act invalid on procedural grounds. However, even though the law itself fell, the spirit lived on, as the bill had enjoyed wide-spread support in Uganda, where 93 percent of Ugandans were opposed to homosexuality.

For Christian fundamentalists, Uganda—an impoverished country recovering from years of corruption and violence—provided a blank canvas to project their missionary zeal and strong homophobia. American fundamentalist missionaries were on a mission to save God-fearing Ugandans from the evil Western “gay agenda.” They found willing servants in opportunistic politicians and Ugandan religious leaders who argued that homosexuality was “un-African” and a Western export. But as Ugandan scholar Dr. Sylvia Tamale observes, “it is not homosexuality that is un-African but the laws that criminalized such relations…what is alien to the continent is legalized homophobia, exported to Africa by the imperialists where there had been indifference to and even tolerance of same-sex relations.”

Uganda is not unique in its criminalization of homosexuality. Over seventy countries still criminalize homosexuality, and Uganda is among thirty-two countries in Sub-Saharan Africa that still criminalize homosexuality. But Uganda is among the worst of these countries. It ranked an “F” or “Persecuting,” a failing grade on the F&M Global Barometer of Gay Rights™ (GBGR). The GBGR measures the extent to which countries are human rights protective or persecuting towards sexual minorities, ranking countries on a scale from “A” to “F.” Uganda scores a mere 11 percent, sharing this dubious distinction with The Gambia, South Sudan, and Tanzania.

Uganda continues to be ground zero in the cultural wars over homosexuality. On the heels of Wasswa’s murder, the recent threat of reintroducing the “Kill the Gays” bill from member of Parliament (MP) James Buturo and other MPs, and the arrests of over one hundred suspected homosexuals at an LGBTQ friendly bar, catapulted Uganda back into the international spotlight, signaling an escalation of violence and repression toward the Ugandan LGBTQ community. In response to international pressure, the president’s office denied that the bill will be re-introduced. But statements by high-level officials in the Ugandan government, such as Ugandan Minister for Security General Elly Tumwine, who claimed that LGBTQ people are connected to terrorism, continue to put the LGBTQ community at risk.

LGBTQ Ugandans have courageously refused to stay silent and continued to fight for their human rights. Clearly, the LGBTQ community became a pawn in the political process and a scapegoat for the ills facing Ugandan society. Stemming homophobia in Uganda will be difficult; it is fully entrenched in Ugandan society and politics and is an easy way of unifying an otherwise ethnically and politically divided population. That is why a sustained, multi-pronged approach is needed to move forward.

The most important first step is challenging the narrative that homophobic politicians, religious leaders, and outsiders have crafted. This is not about the West exporting homosexuality to Africa or a “gay agenda”; it is instead about right-wing Christian evangelicals from the West using homophobia as a tool to establish a foothold in the African continent, and local Ugandan politicians and “men of the cloth” profiting from this narrative. Religion has been hijacked to demonize and persecute LGBT minorities. Ugandan society has been poisoned by this exported homophobia and deliberate misinformation. There should be real consequences for this deadly promotion of hatred and bigotry. Individuals like Scott Lively, who campaigned for the repression of LGBT groups in Uganda, must be held accountable for their actions. Politicians such as David Bahati and religious leaders like Pastor Martin Ssempa and Pastor Robert Kayanja should not be granted visas to visit countries that adhere to international human rights standards. The passage of the Greater Leadership Overseas for the Benefit of Equality (GLOBE Act) would be a start. This ACT would restrict entry into the United States for anyone who commits abuse or murder against LGBTQ people. This should also be extended to members of government who promote or support the persecution of LGBTQ individuals.

To effect real change, this cannot be the work of a single government. Although US security and development aid to Uganda alone is $970 million, as Ugandan President Yoweri Museveni has made clear, “no one should think of using aid to dominate us.” The recent very public disagreement between the US envoy to Zambia and the Zambian government over the sentencing of two Zambian gay men to fifteen years in prison is a case in point. Coalitions such as the Equal Rights Coalition, comprised of forty-two countries and over thirty international non-governmental organizations, provide an important pressure on human rights persecuting countries like Uganda.

Similarly, as UN High Commissioner for Human Rights Zeid Ra’ad Al Hussein stated, businesses must become “active agents of change.” The UN Standards of Conduct for Business for Tackling Discrimination against LGBTI People encourages businesses to challenge abusive government action through public advocacy, collective action, and social dialogue. Museveni himself acknowledged the impact that a trade or consumer boycott would have on Uganda.

Furthermore, courageous leaders like Botswana’s president, who came out supporting the human rights of LGBTQ individuals, need to be supported. Bobi Wine, the charismatic “Ghetto President” musician and politician running for president in Uganda, shows some hope for Ugandans. He was initially against homosexuality but has since evolved in his stance, and recently stated that he “does not agree with homosexuals, but respects their rights.”