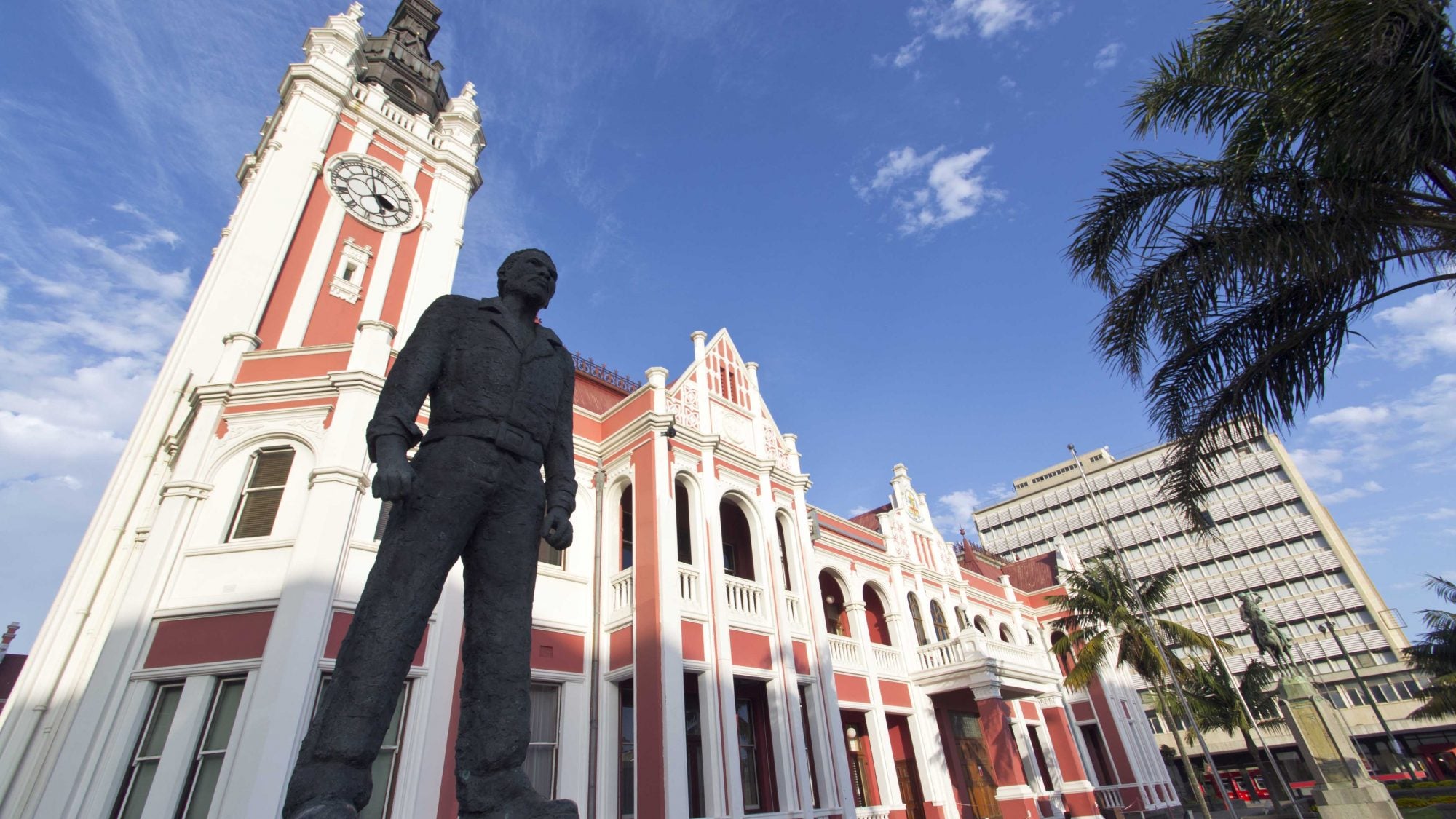 Illicit financial flows significantly erode the tax base of resource-rich developing countries, which do not have the means to invest in public health, education, and sustainable development. In this column, the author presents the latest research findings and policy implications and discusses some of the most promising avenues to effectively curb illicit financial flows, strengthening the nexus between trade and tax governance.

As states seek to cope with the economic and social consequences of the COVID-19 pandemic, budget deficits and debt burdens widen. This is particularly true in Africa, where post-pandemic recovery is estimated to cost over $150 billion, in addition to an annual financial gap of $200 billion to implement the Sustainable Development Goals (SDGs). As their budget deficits widen, the ability of poorer states to mobilize domestic fiscal resources becomes ever more crucial, all the more as richer countries cap or reduce foreign aid. Yet, illicit financial flows (IFFs) significantly erode the tax base of developing countries and their ability to raise domestic resources.

The United Nations Conference on Trade and Development (UNCTAD) 2020 Report on Economic Development in Africa highlights that illicit financial flows cost African states nearly $90 billion per year. As a comparison, this is roughly equivalent to 3.7 percent of the continent’s GDP, or to the annual combined influx of official development assistance and foreign direct investment in Sub-Saharan Africa. Curbing this massive stream of illicit financial flows will enable African states to mobilize greater domestic resources not only to finance the SDGs, but also to address the health, social, and economic impacts of the COVID-19 pandemic. African countries, therefore, should prioritize curbing IFFs to reclaim financial resources that will be absolutely essential to not only pandemic recovery but also implementing the SDGs moving forward.

Understanding Illicit Financial Flows
IFFs are cross-border movements of money that is illegally earned, transferred, or utilized. Even in cases where the money is legitimately earned, it can become illicit when transferred abroad in violation of international tax agreements or corporate tax law. IFFs gained greater policy traction in the 2010s following a decade-long boom in natural resources prices that generated greater IFFs out of resource-rich developing countries as the 2008 financial crisis simultaneously strained public finance institutions. Because of their magnitude, IFFs started to draw the attention of African policymakers, as evidenced by the establishment of the High-Level Panel on Illicit Financial Flows From Africa, chaired by former South African president Thabo Mbeki.

Early estimates produced by organizations such as Global Financial Integrity (see Illicit Flows from Developing Countries: 2004-2013) indicate that IFFs might amount to four percent of the world’s gross domestic product (GDP), and up to six percent of GDP in Africa, further highlighting that the bulk of IFFs accrue from trade mispricing. Such mispricing occurs, for example, via the under-invoicing of commodity exports by companies seeking to reduce or evade corporate income tax and export tax in commodity-producing countries. Trade mispricing resulting in enhanced IFFs also accrue from aggressive tax optimization that includes abusive transfer pricing practices, in which affiliates of a multinational group over- or under-invoice intra-firm transactions for the purpose of shifting profits to tax havens or lower-tax jurisdictions. Exports of high-value, low-weight commodities, such as gold or diamond, are particularly prone to IFFs.

These initial IFF estimates had the weight to capture policymakers’ attention. However, the business and trading community challenged their accuracy, arguing that poor trade data and methodological weaknesses did not correctly capture the reality of trade. Indeed, the standard method—called ‘mirror-trade statistics’—considers that the gaps between exports and imports recorded in bilateral trade statistics amount to IFFs. Yet, such gaps can be partly explained by a host of other factors beyond trade mispricing, such as merchant trade by commodity trading companies or the classification of the same commodity into different customs tariff categories in diverse jurisdictions.

Controversy over methods and data has resulted in polarized and relatively sterile policy debates between state, business, and civil society actors. In this context, rigorous economic analysis is of the essence to ascertain the true magnitude of IFFs as a sound basis for multi-stakeholder engagement. It requires detecting for each commodity trade transaction, the probability of abnormal pricing with regard to the most relevant reference price. On that basis, interdisciplinary research is further required to identify IFF push factors out of poorer countries and pull factors into major trade and financial hubs and to design effective policy solutions accordingly.

Recent research findings reveal that the volume of IFFs—even if smaller than estimated in initial studies—remains substantial and significantly erodes the tax base of resource-rich developing countries. In other words, IFFs reduce states’ capacity to mobilize domestic resources for public health, basic education, or agricultural development. Curbing IFFs lies at the heart of SDG 17.1, which calls for greater domestic revenue mobilization to finance sustainable development. Under SDG 16.4, states further committed to significantly reduce IFFs by 2030, which requires addressing trade mispricing for the purpose of tax evasion and avoidance.

The ability of relevant authorities to collect and analyze trade and fiscal information remains weak in many resource-rich developing countries. Technical cooperation and peer-to-peer learning, therefore, must increase, for instance, in the context of the African Tax Administration Forum. Countries should also favor policies that rely on simplified and effective methods, with easy-to-administer rules that leave little room for administrative discretion and corruption. These simplified policies run counter to negotiations under the OECD on tax erosion and profit shifting, which tend to focus on relatively complex procedures and can be difficult to administer in weaker jurisdictions.

Additionally, creating new tariff categories to record distinct purity grades of precious metals and alloys is necessary. Currently, customs tariff categories for key commodities are overly aggregated, making it difficult to assign a reasonably narrow normal price range for trade transactions. For instance, there are very few categories for gold; transactions containing anywhere between two percent and more than ninety percent of pure gold can all be recorded in the same category. To facilitate more accurate trade reporting, the World Customs Organization should add sub-categories in the Harmonized Commodity Description and Coding System that distinguish between raw ore, semi-refined doré, refined precious metals, crafted ornaments, and scrap for recycling.

When it comes to transfer pricing, with a few exceptions, customs administrations and tax authorities in trading hubs do not publish whether a trade transaction occurs between related or unrelated business entities. Information on related-party trade transactions should be shared between national customs administration, tax authorities, and relevant regulators to help identify risks of abusive transfer pricing. Additionally, enhanced administrative capacity to process the information in resource-rich, developing countries must be further supported through bilateral and multilateral technical cooperation and staff exchange programs. Finally, tax administrations should identify the extent to which specific fiscal incentives and tax exemptions may have the unintended effect of heightening trade-related IFFs risks, and work to remove these adverse incentives.

In sum, curbing IFFs is one of the most powerful means to ward off the resource curse that has plagued resource-rich developing countries, especially in Africa. Producer states in the developing world and major financial and trading hubs must collectively address the push and pull factors behind IFFs by addressing the nexus between trade and tax governance. Cutting down IFFs holds the potential to provide poorer countries with domestic resources that dwarf foreign aid inflows from bilateral and multilateral donors. This is all the more pressing as these countries face a looming debt crisis accruing from the COVID-19 pandemic, which threatens their ability to implement the SDGs.

Gilles Carbonnier is professor of development economics at the Graduate Institute of International and Development Studies (since 2007), and the Vice-President of the International Committee of the Red Cross (since 2018). His research and teaching focus on natural resource governance, development finance, and international cooperation, as well as on the political economy of armed conflict. His latest book, Humanitarian Economics: War, Disaster and the Global Aid Market, was published in 2016 by Oxford University Press and Hurst.